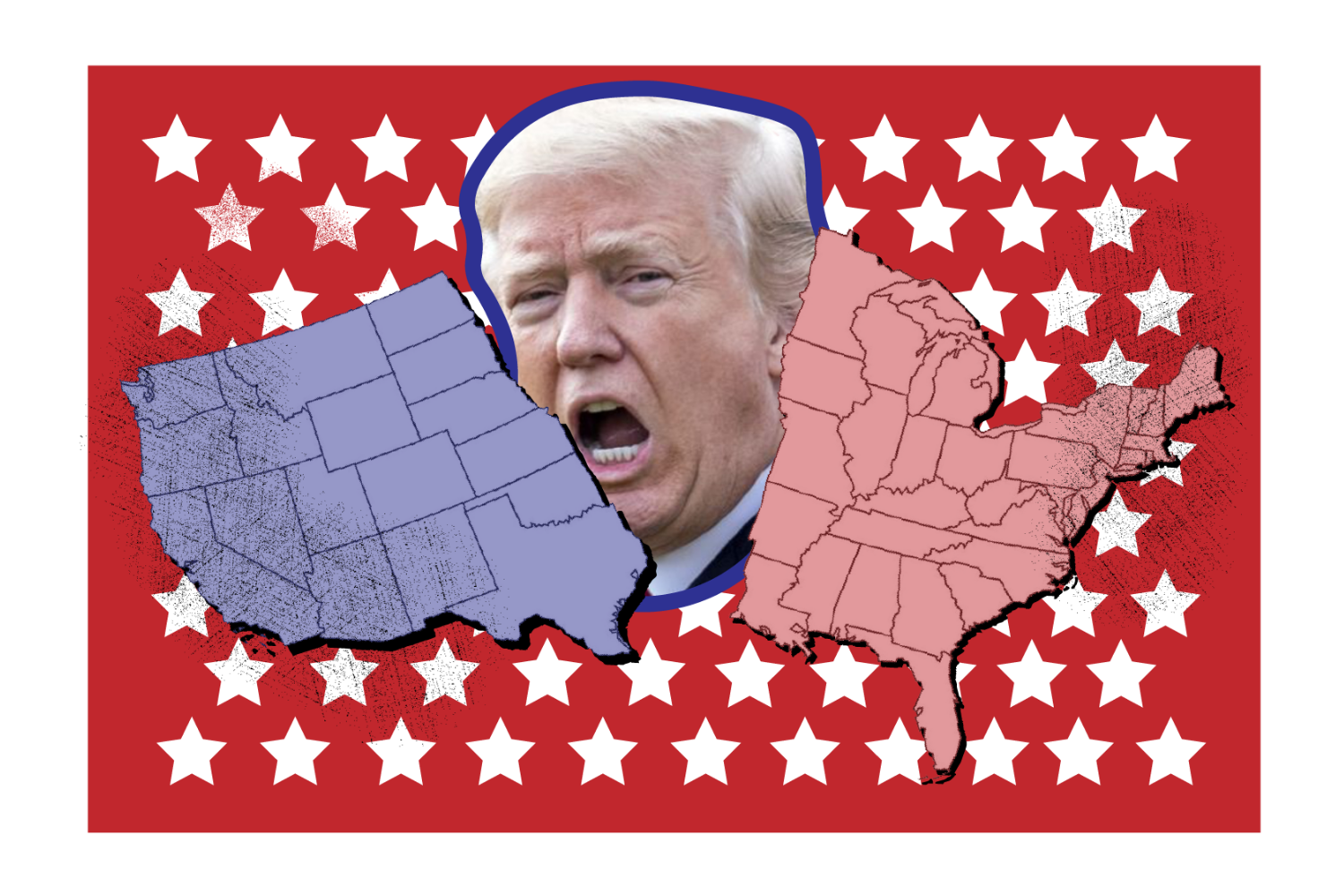 Donald Trump has polluted our political discourse with lies and vitriol, and it’s now our job to cleanse it with patience and civility. (Hustler Communications/Emery Little) (Emery Little)

Donald Trump has polluted our political discourse with lies and vitriol, and it’s now our job to cleanse it with patience and civility. (Hustler Communications/Emery Little)

Even if the president is defeated next month, we must ensure that Trumpian divisiveness does not permanently infect our discourse.

It’s hard to believe that after four long years, the 2020 presidential election is now less than a month away. We’ve all had the brutish and childlike games of modern politics shoved down our throats at every turn for the past several years now, but the election’s close proximity means that we are confronted more directly than ever with the extreme partisanship that may yet tear us apart. Of course, it is important to note that, despite the tendencies of our current president to exploit and exacerbate our divisions for political gain, the country was on the road to severe polarization long before Donald Trump even launched his campaign.

A 2015 Washington Post article found that members of Congress were rarely voting with members of the opposing party by the mid-1990s, and the division has only become worse in the past two decades. These trends aren’t limited to the highest levels of government: numerous polls and studies reveal that the ideological gap between liberals and conservatives is both wide and widening. The causes of such hyperpartisanship are neither simple nor the subject of this piece, but it is undeniable that the echo chambers created by today’s media outlets only serve to drive the left and right further from any hope of finding common ground. So, while polarization in America is clearly nothing new, this moment in American politics may very well be a point of reckoning several decades in the making.

As we look toward our country’s future with these current trends in mind, the picture that emerges may seem grim. As Abraham Lincoln so famously put it, “a house divided against itself cannot stand.” So, what do we do? How can our generation best wield its growing sociopolitical might to ensure that these dangerous trends do not continue to progress? Yes, we must fight back, remain informed and advocate for what’s important, but we must be practical in our ambition and recognize that progress doesn’t happen overnight. We must ensure that, in resisting the dangers of Trumpism, we do not fall into the same partisan traps on which Trump himself relies.

“You get all passionate, and sometimes I worry that we put too much aspiration into what’s feasible,” Joshua Clinton, Vanderbilt professor of political science and co-director of the Center for the Study of Democratic Institutions, said. “That doesn’t mean you shouldn’t be passionate, but at a national level it’s really hard to kind of get those changes. If you don’t like the status quo, you have to disrupt the status quo. And you have to realize going into it that it’s going to be a slow grind.”

Recognizing that disruption is most likely channeled into lasting change via an incrementalist approach might be a discouraging prospect, but history shows this to be true—even the late Ruth Bader Ginsburg stressed the importance of incremental change when challenged on her judicial approach that many viewed as “too cautious.” Indeed, if we assess the long and fraught history of this country, from slavery to women’s suffrage to civil rights, the road to justice has always been long and difficult, and real reform often seems distant and daunting. If we persevere in our ambition, even when progress seems stagnant, then the change we create will be for good.

How our generation responds to this moment will help determine whether or not the United States can survive as a functioning democracy. Using our political power at the polls to help defeat Donald Trump in November is, of course, a necessary first step, but the work doesn’t end there. Trump is arguably the least honest and trustworthy president in the history of this country, and while his supporters and enablers are responsible for the lion’s share of the misinformation and deception that has permeated our public and private discourse, it would be foolish to pretend that the left is immune from this phenomenon altogether.

In an age where posts and ideas are often shared on social media with little thought or research, it is chillingly easy for the grip of misinformation to take hold, even when intentions are nothing but good. For example, following Trump’s contraction of COVID-19, a supposed Trump tweet began circulating on various social media outlets that showed the president vowing “I will never contract the novel coronavirus!” This tweet, although certainly believable, turned out to be completely fabricated. Considering the wealth of insane and incriminating statements made by the president over the past several years, it is frustrating that anyone would even feel the need to create a fake Trump tweet, but this demonstrates the pervasive nature of misinformation even beyond the Trumpian sphere.

The power of confirmation bias and group polarization within a media echo chamber is one of the primary reasons why we’ve reached this point, and we must be vigilant in order to ensure that truth is protected as we move forward.

Sure, it may feel like posting on your story or that arguing with someone you don’t agree with is making the world a better place, and such actions are by no means inherently harmful or counterproductive. The diciness comes, however, when those who choose to engage in such acts fail to adhere to truth and courtesy. If the left follows the right by fully degrading into lies and insults, then the country will find itself in a very dark place. Not only would this cause irreparable harm to our already crippled political discourse, but it would amount to progressives shooting themselves in the foot when it comes to the plethora of changes and reforms desired by so many. Embracing the dirty, tribal politics that have defined the Trumpian approach certainly isn’t a way forward—and it’s up to us, especially as young people, to make sure that doesn’t happen.

Donald Trump has polluted our political discourse with lies and vitriol, and it’s now our job to cleanse it with patience and civility. It is vital that we find the strength to consider other viewpoints, stay thoughtfully informed and separate the truth from the lies, even when it doesn’t mesh with our preexisting belief system. There is nothing wrong with being guided by an ideology, but we cannot turn to hateful rhetoric when our positions are not met or our goals are not immediately achieved. Creating a just and prosperous future is no easy task, and progress will undoubtedly be slow, but falling further into the partisan divide will only lead us further into fragmentation and weakness.