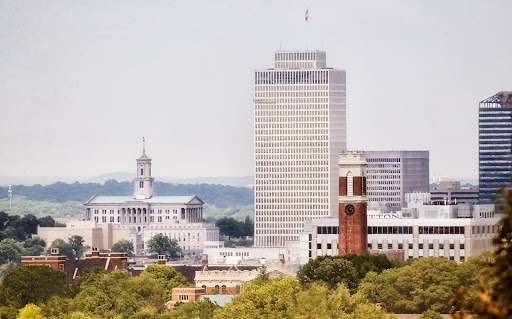 The statewide poll of 1,002 registered Tennessee voters directed by the Vanderbilt Center for Democratic Institutions gives a landscape of public opinion in the state.

The Fall 2021 Vanderbilt Poll surveyed 1,002 registered Tennessee voters from Nov. 16 to Dec. 6 about issues such as the COVID-19 pandemic policies, abortion laws, education and national unity.

The poll has a margin of error of ± 3.7 percentage points and was conducted by telephone interview on cell phones and landlines. According to the poll methodology, results are weighted by age, sex, education, race/ethnicity and region of the state to match the demographics of Tennessee voters.

The Vanderbilt Center for the Study of Democratic Institutions (CDSI) conducts the statewide scientific poll. It is directed by Dean of the College of Arts and Science John Geer and Professor of Political Science Joshua Clinton semiannually to measure public opinion on politics in Tennessee. Clinton shared the motivation behind the questions of the Fall 2021 poll in a Dec. 16 press release.

“We are trying to track: What are the big trends in the state? What do Tennesseans think about our political leaders, both at the state and national level? What do we think are the important issues confronting the state?” Clinton said. “We want to see how much people are thinking about some of the policy issues that we’re confronting in the state as well as the overall direction of the state and country.”

“Interestingly, members of both parties thought that this bill was a bad idea. It’s a sign that the legislature, in this particular case, was out of touch with the broader public,” Geer said in the poll’s press release. “These results in some ways should not be a surprise, since the public usually supports giving private businesses the latitude to pursue policies they think are best for the company. That is a foundation of capitalism.”

The poll also asked respondents if they fear contracting the coronavirus. An aggregate 25% of surveyed Tennesseeans were somewhat or very concerned about the possibility, but that worry rose to 45% among surveyed Democrats and fell to 16% among surveyed Republicans.

The poll found declining approval ratings for President Joe Biden (D) and Governor Bill Lee (R) among surveyed Tennesseans from all party affiliations compared to the Spring 2021 Vanderbilt Poll. In Fall 2021, 32% of surveyed registered Tennessee voters approved of Biden, reflecting a 7% decrease since May. Lee fares better in the state than Biden with 55% approval, nonetheless a drop from his 65% approval earlier this year. Geer compared Lee’s statewide support to that of former Tennessee Governor Bill Haslam (R).

“[Lee] is not in danger of losing reelection or anything along that line. He’s still sitting very strong with his base,” Geer said. “Gov. Haslam had strong support among Republicans, but he also enjoyed support among Independents and Democrats. We now see Gov. Lee with a very polarized set of opinions on him as governor and that’s a big, big change.”

Junior Shane Mumma, president of the Vanderbilt College Republicans, expressed the organization’s support of Governor Lee amid his 10 percentage point drop in approval.

“The Vanderbilt College Republicans wish Governor Lee the best of luck as he continues leading the Volunteer State to a brighter future for all Tennesseans,” Mumma said.

Per the Fall 2021 poll, U.S. Senators Marsha Blackburn (R) and Bill Hagerty (R) did not see as large of a dip in support as Biden and Lee did. In the Spring 2021 poll, Blackburn received 50% approval versus 40% disapproval while Hagerty’s May approval rating was 49%-32% among respondents. Polled Tennesseeans now have 2% less approval and unchanged disapproval for each Senator.

Surveyed Tennessee voters were also asked about the potential for former President Donald Trump to run for a second term in the 2024 presidential election. Republicans (79%) approve of this idea much more than both Democrats (4%) and Independents (36%). Overall, 44% of Tennesseans want Trump to run again. Trump received 60.7% of Tennessee votes in the 2020 presidential general election.

“We do see a shift down in support for Trump and that cannot be viewed as good news for him,” Geer said. “It’s certainly not terrible news [for him], but it’s suggestive.”

As the U.S. Supreme Court debates abortion access and the constitutionality of Roe v. Wade, surveyed Tennesseans are nearly evenly split on their views of outlawing abortion after six weeks of pregnancy, commonly known as a “heartbeat bill.” Texas Governor Greg Abbot signed Senate Bill 8 into law on May 19, 2021, which restricts abortion providers from carrying out an abortion if a fetal heartbeat is detected. Overall, 43% of surveyed registered Tennessee voters in the poll approve of a heartbeat bill in Tennessee, compared to 42% who disapprove and 14% who say they do not know enough about such a law to form an opinion.

Surveyed Tennesseans had a pessimistic view of the state of American politics. Only 6% of surveyed voters thought Americans were “mostly or somewhat united,” down from 11% in May 2021. Additionally, 63% of surveyed Republicans and 48% of surveyed Democrats believe that the other party was “a danger” to the country and “must be defeated at any cost.”

“That’s not a very healthy set of attitudes to have about our country, and it’s not a very particularly optimistic way of thinking forward,” Clinton said.

Furthermore, surveyed Tennesseans widely prefer elected officials sometimes compromising on their values and priorities to work with members of the opposite party (67%) rather than pursuing their own values and priorities and not working with the opposing political party (29%). However, support for compromise was more pronounced among Democrat respondents (88%) than Republican respondents (48%).

The importance of access to quality public K-12 education was emphasized by respondents across the political spectrum. Of surveyed Tennessee voters, 91% believe it is “somewhat or very important,” including 93% of Republican respondents and 95% of Democrat respondents. Mumma said the poll’s results regarding education were hopeful for the state.

“I’m encouraged by the bipartisan focus on education indicated by the poll’s results, as fixing our public schools should be a primary concern for our country,” Mumma said.

Additionally, 61% of surveyed Tennesseans believe public schools receive too little funding, and 70% believe school funding should be based on student and school needs. Senior Isabella Randle, president of the Vanderbilt College Democrats, expressed optimism regarding the demonstrated political unison about education. However, she stated that the survey results showed other areas of concern and political divide.

“While it was great to see some bipartisan agreement in the Vanderbilt Poll, especially for issues pertaining to education, there is unsurprisingly still a lot of partisan tension in Tennessee,” Randle said. “Disparate levels of support for the COVID-19 vaccine and a six-week abortion ban are especially concerning for Democrats.”