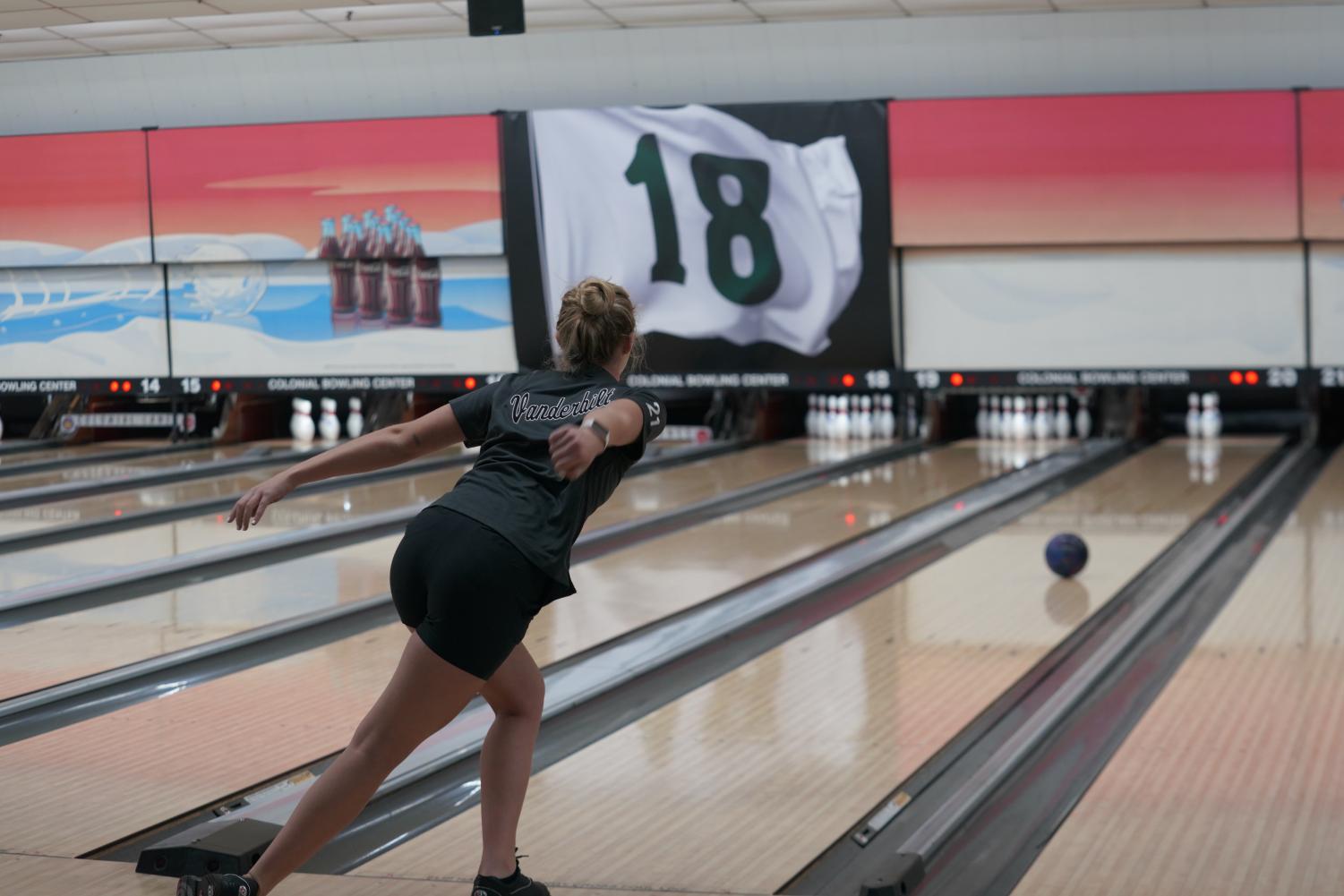 The First of Many: Paige Peters’ freshman bowling crusade

With the regular season coming to a close, the novice from Toms River, New Jersey, has catapulted herself to the forefront of one of the nation’s premier bowling programs.

When The Hustler connected with Vanderbilt bowler Paige Peters, she was back in her suburban, Northeastern hometown visiting family. It’s impossible to see your relatives often when you’ve moved a whopping 854 miles away to go to college. That said, it’s impossible to tell the story of Paige Peters without mentioning her family.

Paige’s mother was a regional professional bowler; her father bowled on occasion.

“When you’re born into a bowling family, there’s no way out of it,” the freshman said.

That certainly was the case for her sister, Kamerin, a former bowler at rival McKendree University and Paige’s first competitor.

“We wanted to beat each other but also to support each other,” Paige made clear.

Kamerin is actually how Paige made her first connection on the Vanderbilt bowling team. Vanderbilt junior Mabel Cummins bowled alongside Paige’s sister at the 2019 World Junior Championships in Paris, where the pair took home the gold medal for doubles. That said, it’s a fellow Northeasterner that Paige says she shares her greatest connection with.

“I talk to Amanda [Naujokas] about basically everything,” Paige said. “She’s my Northeast friend so she understands things that I say that no one else understands.”

Often, those Northeastern maxims provide quite the fodder for jokes between Paige and the team’s two other freshmen—Kailee Chanell and Kaylee Hitt. The alleviation of COVID-19 campus housing restrictions allows the three to live together and for the team to host frequent outings and gatherings.

“We have team dinners every Sunday through Thursday, and we have a group chat and if we’re ever doing anything we put it in the groupchat,” Paige said as to team bonding. “As much as I miss home, I always try and do something with one of the girls, and I think doing that helps with not missing home as much.”

Let’s go back to her home.

The gravity exerted by having a regional pro for a mother was too much for her sister to resist. Obviously, it was the same for Paige. She began bowling casually at the age of eight and started going to competitions at age 10—well before the average person even begins to think about bowling as something other than a pastime.

Oh, and she played lacrosse.

“[Lacrosse] definitely helped with how competitive I am,” Paige said. “When you’re playing, no matter how tired you are, you’re always going to the ball. In bowling, you always want to try and get the best score you possibly can.”

Paige definitely doesn’t have a problem getting up for big games. In her limited time with the team, she’s already racked up three all-tournament team honors, one tournament MVP and January’s Southland Bowling League Newcomer of the Month Award.

But that doesn’t mean she’s let it get to her head.

“It’s better to be humble and just bowl,” Paige said on the topic of humility. “I never really thought of myself as a good bowler, I just think of it as I’m just bowling.”

Competitors beware—don’t try to bait her into trash talking. It’s no use.

“There’s no point in trash talking,” Paige said. “Just show who you are on the scoreboard.”

That’s certainly what Paige and this entire team have tried to do all season. With only one tournament left in the regular season, the Commodores have accumulated an impressive resume with three tournament championships out of four finals appearances. But nobody on the team—least of all Paige Peters—has allowed themselves to become complacent.

Whether this season was successful comes down to one tournament: the NCAA National Championship. That’s why Paige hasn’t let up on practice.

“Tuesdays and Thursdays are morning practices and workouts; Wednesdays and Fridays are afternoon practices,” Paige said about the team schedule. “I personally make notes if I missed [shots] left or right and go and practice later. I try and go at least once or twice a week on my own.”

Paige said there are definitely techniques and shots she still needs to work on. Baby splits—when the second and seventh or third and 10th pins remain—are one of her biggest headaches at the moment.

But she’s definitely happy with the progress she’s made since the start of the season.

“I think it was this past tournament that I could not make a left-sided spare to save my life on Saturday,” Paige said as to some recent adversity. “Then Sunday came and I was extremely happy that I made the spares I missed a day prior.”

Paige attributes that turnaround to both her practicing and her teammates’ encouragement. When the other bowlers are having a down moment, Paige tries to be there for them as well, whether with words of encouragement or her trademark comedic bits.

“I want people to say she made me laugh when I needed to make a shot,” Paige said on how she wants to be remembered by her teammates. “I always want to be in a position to boost people’s spirits.”

That’s what the story of Paige Peters is about. It’s not the glamorous tale of a cocky, Northeastern know-it-all who comes down South demanding a star role on one of the nation’s most storied programs. It’s the story of a hard-working, always high-spirited and comedic competitor who sweats the small things, lives and breathes for her teammates, and doesn’t back down from a challenge.

At the end of the day, whether it’s her fellow Commodores or her flesh-and-blood relatives, it’s all about family.

For the time being, Angelica Anthony holds that number, but Paige and the coaching staff are in agreement that she will be able to take up her grandmother’s mantle once the senior moves on.

But, Paige has more than jersey numbers on her mind when it comes to the future.

“I’m thinking Medicine, Health and Society,” Paige said when asked about her major. “I want to go to physical therapy school [after I graduate].”

That’s what made Vanderbilt such an easy choice.

“When I’m going to be applying to graduate schools, [a Vanderbilt degree] is not really comparable to if I went to a state school,” Paige said as to the ultimate factor in her decision.

With the rest of this season and three more years of eligibility, Paige will certainly have ample opportunity to leave her mark on what is already one of the nation’s best programs. No matter how the rest of her career plays out, one aspect of the Paige Paige experience will remain constant.