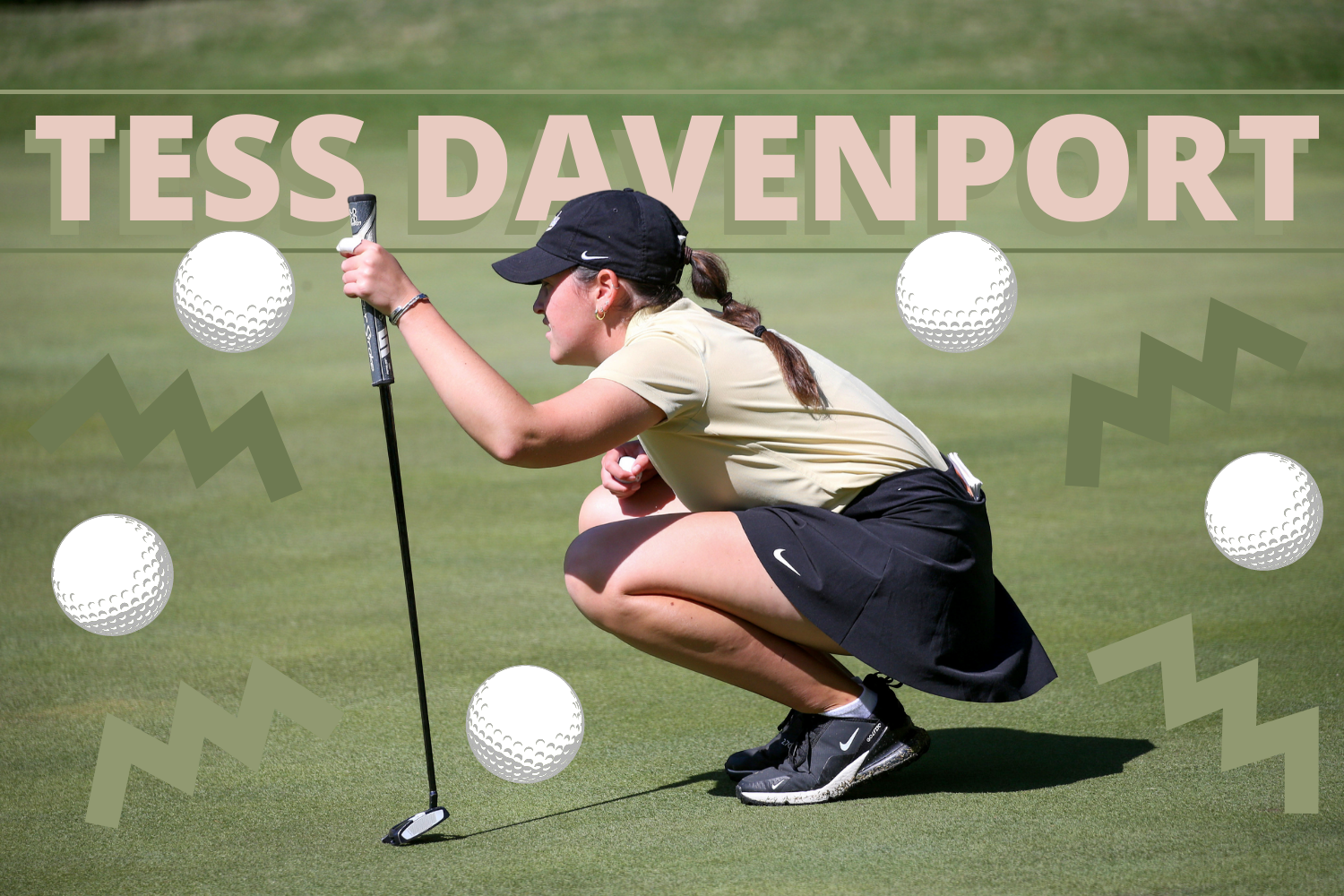 Out of the Rough: Tess Davenport on resetting expectations for the postseason

As Vanderbilt junior Tess Davenport makes her return to postseason golf, she reflects on the work she’s put in to get this far.

For Vanderbilt junior golfer Tess Davenport, it all started right here in Nashville.

Davenport was born just a few miles from Vanderbilt’s campus in Hendersonville, Tennessee. But she didn’t stay for long, moving to Georgia with her family before she was old enough to pick up a golf club. When it came time to decide where she’d attend college, Davenport was already one of the top high school golfers in the state of Georgia. She always believed she would return to Nashville somehow, but the road back home was far from straightforward.

“I had some other schools looking at me; I was considering Mercer and Clemson,” Davenport told The Hustler. “ But Vanderbilt always stood out to me. I’m from just north of Nashville, I grew up here, and my grandparents still live here. This was always where I wanted to be.”

Davenport started playing golf in elementary school, but it took years of practice before she even considered the possibility of playing in college. Under the tutelage of her high school coaches, she was able to improve her game to the point where she realized a college golf career wasn’t out of the question

“My sophomore year of high school is when I started shooting under par and placing in tournaments,” Davenport explained. “That’s when I realized I wanted to take this seriously and play golf at the collegiate level.”

Davenport didn’t have the typical high school experience of a future Division I golfer. She lacked the decorated resume and signature American Junior Golf Association tournament wins that some of her current teammates have. But by her senior year in high school, people started to take notice of the laser-focused, quickly improving golfer who was named Gwinnett Daily Post Girls Golfer of the Year in 2019.

An introduction to Vanderbilt women’s golf associate head coach, Emilie Meason, opened the door for Davenport’s dream of returning to Nashville to become a reality. Davenport impressed Meason with her skill and poise at a few high school tournaments, leading to a visit with head coach Greg Allen. He offered Davenport the opportunity to play at Vanderbilt but even admits she was viewed as a work in progress at the time.

“She wasn’t highly recruited. We saw Tess as a diamond in the rough,” Allen said. “She’s come along a lot quicker than we thought she would.”

That process of “coming along” didn’t happen overnight, though. Davenport’s first year at Vanderbilt was filled with challenges, many of which are characteristic to the transition to college. While Davenport was thrilled to be a part of the women’s golf team, the high intensity and competition that come with Division I athletics weren’t always easy to deal with.

“Freshman year I was terrified of everything,” Davenport said. “I felt like I had to do everything right, like I couldn’t make any mistakes or show any weakness. But as time went on and I did make mistakes, Coach Allen was always there for me. “

Davenport credits the coaching staff with creating an environment where she was comfortable failing and growing from her experiences. With the mentally and physically draining nature of golf, Davenport realized she needed people to lean on. She explained that being injured her first year at Vanderbilt helped her to understand the lengths her coaches would go to support her.

“My freshman year, I had an injury and was in the hospital, and Coach Allen sat in the emergency room with me for six hours,” Davenport said. “He’s been super supportive of all of us, and he’s helped me with my mental game more than anyone else. I definitely would not be where I am without him.”

After an up-and-down freshman season in which Davenport only qualified for four tournaments before the pandemic shut down the season, she returned for her sophomore year determined to have a greater effect on the team. Although Davenport shaved her scoring average from 79.83 to 76.08 and qualified for more tournaments, she still felt like she was capable of doing more. Everything changed at the 2021 SEC Championships.

“My biggest ‘aha moment’ was SECs last year [2021],” Davenport said. “In the spring season of my sophomore year, I was playing decently in the regular season. But then SECs came around, and a switch flipped. Everything just clicked at the right time, and I was playing the best golf of my life.”

In the opening two rounds of the tournament, Davenport posted career-low back-to-back 69 score outings. Her three-day total of 210, good for 6 under par, tied her for the 17th-best score in the tournament and helped Vanderbilt advance to the playoff round. In the ensuing playoff match against Auburn, Davenport was the only Commodore to win her match. It was a dominant weekend for Davenport, and one she will surely never forget.

Davenport has been able to build off the momentum of last season’s SEC Tournament to continue improving this year. She’s improved her scoring average, which now sits at 74.72 strokes per round. Unfortunately, the team overall has struggled with consistency and a bit of bad luck over the course of this season.

“We’ve been working extremely hard, but our scores just haven’t been translating and we haven’t placed as well as we want to,” Davenport said. “After Clemson [Clemson Invitational], our coaches texted us and said ‘Take the rest of the week off, the first day of April we’re going to come out and it’s going to be a new season.’ We don’t want to think about the past; all we’re focused on is what we can bring to SECs and Regionals. “

Davenport is confident the squad will elevate their performance as the postseason arrives. She’s worked hard to develop a positive attitude, and it’s made her a better teammate.

“She’s such a great young lady to be around. She’s always making people laugh,”Allen said of Davenport. “We’ve had a little bit of a rough spring, but Tess has helped us move on from that because she’s just fun to be around.”

This sentiment is universal among those involved with the women’s golf team. Davenport radiates a tangible positive energy on and off the course, which is hugely important for a team looking to rebound. With complete faith in her teammates and her coaches, she is ready to make her team proud as they conclude their season. In the most important match of the season yet, Davenport will again return to Nashville as Vanderbilt hosts the  NCAA Regionals on May 9.

“Our team dynamic this year is definitely the best that I’ve ever experienced. We’re all extremely supportive of each other, and we all want to see each other succeed,” Davenport said. “We’re approaching these last few tournaments like we’re not just playing for ourselves anymore, we want to play for our teammates.”

The NCAA Regional fields will be announced at 3 p.m. CDT on the GOLF Channel on April 27.