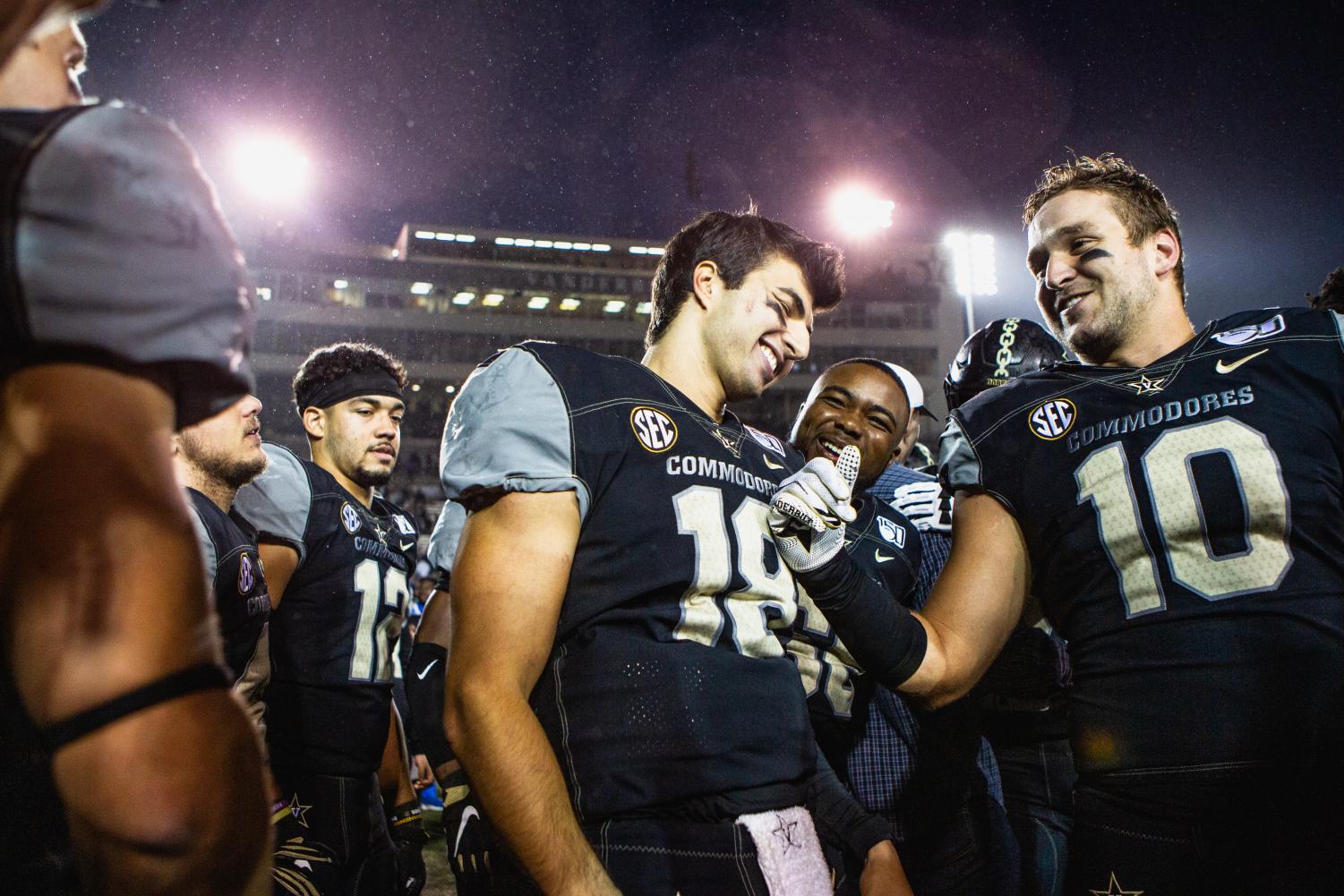 Commodore Brunch Week Seven: Back from the dead

And this – this was his revenge game. Amidst a week of criticism and questions of job security, Mason plotted.

“We have a plan, and I think you’re gonna like what you see,” Vanderbilt’s head coach said on Thursday leading up to this matchup.

It was a bold claim for a 1-5 coach being ushered out the door by his own fan base, but Mason delivered. Vanderbilt fans everywhere surely loved what they saw – a masterful, outside-the-box game plan, the kind that took the 22nd-ranked Missouri Tigers and made them look amateur en route to a 21-14 loss to the Commodores. 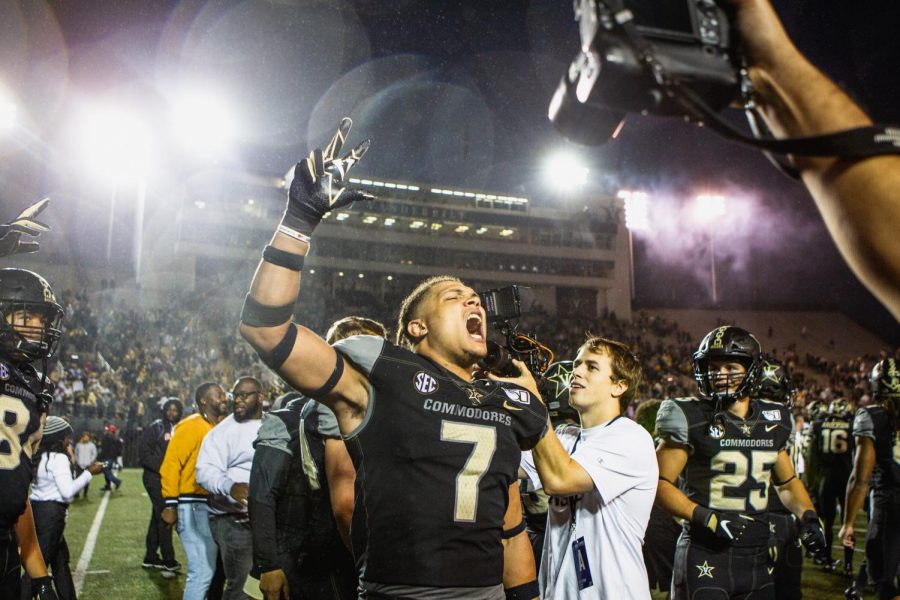 The Commodores might have been at rock bottom last week, but they’ve pushed the boulder to the side and shown that they’re not ready to give up on this season. This is a team with grit, determination and now, newfound life.

Here is your Commodore Brunch menu for this week:

It was about an hour before game time that Mo Hasan was revealed as the team’s new starting quarterback in a shocking turn of events. All season the quarterback position has been a battle of futility between Riley Neal and Deuce Wallace. Neither had emerged through half of the season, and things were looking bleak. After last week’s disappointing performance, fans called for redshirt freshman Allan Walters to take over under center.

Nobody even whispered the name “Mo Hasan.”

Hasan was so far down on the depth chart this offseason that Mason converted him to wide receiver in the spring. He’s perhaps more well-known for his food truck business than he is for his football prowess. But sure enough, it was Hasan trotting out there with the first team, ready to start his first game in a Vanderbilt uniform. 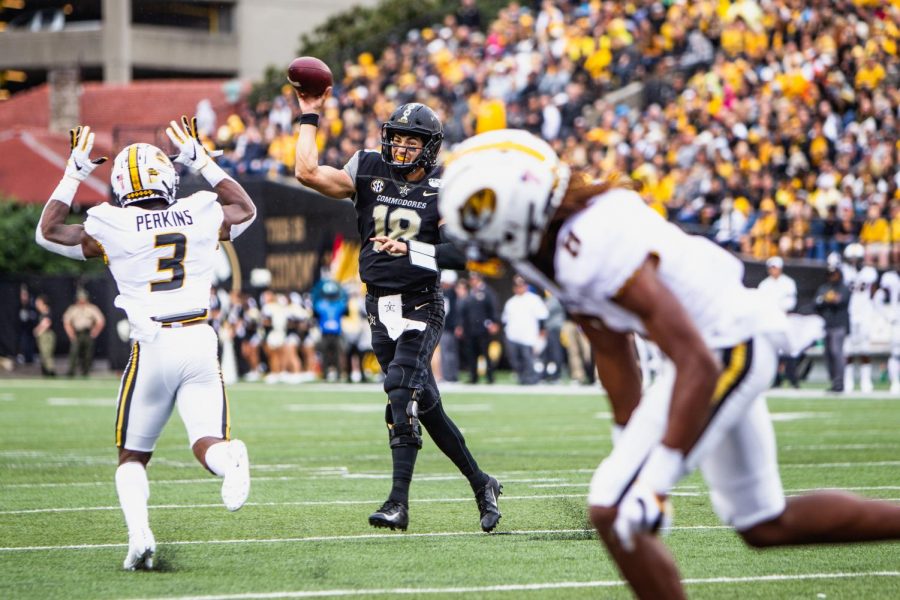 Gallery|3 Photos
Hunter Long
Mo Hasan completed 7/11 passes for 120 yards and a touchdown in his first start for Vanderbilt. (Photo by Hunter Long)

This was Derek Mason’s trump card, and it was a brilliant one.

“Mo brought a different type of energy, and no offense to Riley or Deuce,” Mason said. “Today seemed fun. It looked fun, it looked energetic. Guys were having a good time. It was a party.”

That shift in energy was palpable. Where receivers walked toward the sidelines with their heads down after errant throws from Neal, they sprinted back to the huddle with Hasan. His deep ball to wide receiver Kalija Lipscomb on the left side made the Vanderbilt sideline explode. Ke’Shawn Vaughn even told offensive coordinator Gerry Gdowski to let Hasan run the ball more. For maybe the first time all season, Vanderbilt had faith in its signal-caller, and it showed.

On the field, Hasan brought a different dimension to the offense, one that Vanderbilt hasn’t seen since 2015 with quarterback Johnny McCrary. He used his legs, escaping pressure to extend plays and picking up yardage in the running game. He forced the Tigers to account for a dual-threat for which they likely hadn’t game-planned much in the week leading up to this matchup.

On a third-and-15 on the Missouri 22-yard line, Hasan felt the pressure coming around the edges and darted through a hole in the offensive line, picking up the first down and coming just inches short of the end zone. Vaughn would punch it in two plays later. That play to extend the drive doesn’t happen with Neal under center.

Of course, Hasan wasn’t able to finish the game. A dirty helmet-to-helmet hit from Missouri safety Tyree Gillespie knocked him out of the game with a head injury, but the walk-on certainly cemented his starting job going forward, and he has breathed new life into Vanderbilt’s offense.

Entering Saturday, Vanderbilt’s defense was statistically the worst unit in the Power Five conferences. It was one of the worst in college football. Combine that with the fact that Missouri had scored 30-plus points in 11 straight games, and Vanderbilt looked destined for a beat down.

Instead, the Commodores put forth their best defensive performance of the year, holding an upstart Missouri offense led by quarterback Kelly Bryant and running back Larry Rountree III to just 14 points. Seven of those points came after a turnover gave the Tigers the ball on the Vanderbilt six-yard line.

The difference between the past couple weeks and Saturday was astronomical. The Commodores didn’t just improve against the run; they became a dominant run defense. They held Rountree III to just 29 yards on the ground and just 2.7 yards per carry, both season lows for the star tailback.

The defense was just as effective against Bryant and the passing game. Vanderbilt’s front four pressured Bryant all afternoon, sacking him three times and hurrying him on four other occasions. Defensive ends Andre Mintze and Dayo Odeyingbo lived in the Missouri backfield. Bryant finished just 13-26 for 140 yards with a touchdown and an interception, his worst performance of the year by a large margin. 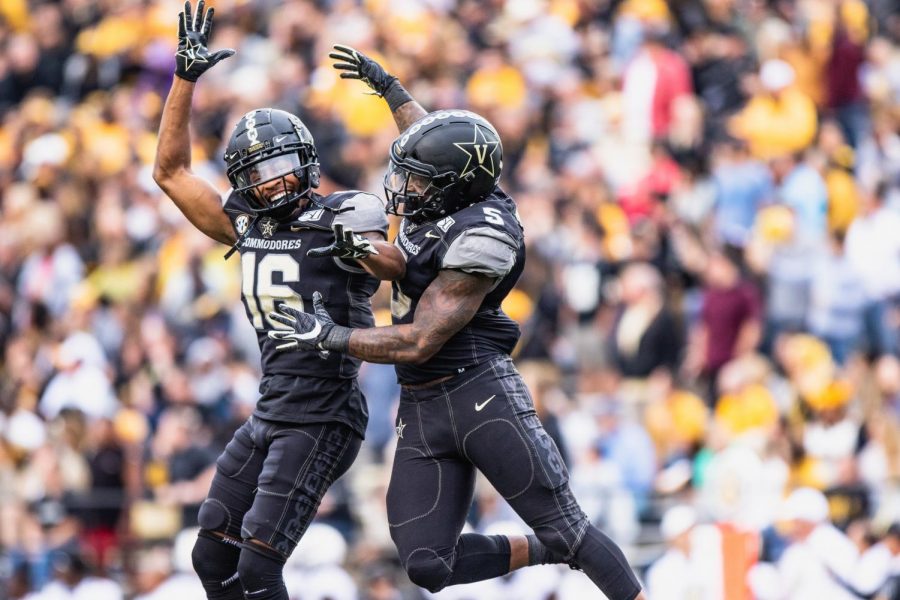 Mason knew he needed to change things up on the defensive side of the ball. He sent defensive coordinator Jason Tarver to the press box to see the field from a different angle and it worked beautifully. Mason himself seemed more involved. Facing criticisms these past couple weeks of micromanaging his coordinators, Mason doubled down, taking ownership of the defense on the sidelines.

Mason’s firing at the end of this season seemed to be a foregone conclusion last week. At least that was the opinion of Commodore Nation. This week, they might be singing a different tune. Mason didn’t take himself off the hot seat after Saturday’s win, but he certainly made the seat just a little bit cooler. It was clear that Vanderbilt’s head coach knew that people were calling for his head, and he came out with a bold plan to save his job.

Vanderbilt still has a long way to go in order to make a bowl game. The Commodores will have to win four of their next five games in order to do so, an especially daunting task with Florida in The Swamp still on the schedule. It’s an unlikely path, and if that’s the metric on which Mason will be judged this season, he likely won’t be around next year. But please, please, don’t tell Derek Mason that he’s not the man for this job, because he won’t stand for that.

Derek Mason is FIRED UP 🔥 pic.twitter.com/lN2KHFvF58

The Vanderbilt Hustler welcomes and encourages readers to engage with content and express opinions through the comment sections on our website and social media platforms. The Hustler reserves the right to remove comments that contain vulgarity, hate speech, personal attacks or that appear to be spam, commercial promotion or impersonation. The comment sections are moderated by our Editor-in-Chief, Rachael Perrotta, and our Social Media Director, Chloe Postlewaite. You can reach them at [email protected] and [email protected]
All The Vanderbilt Hustler picks Reader picks Sort: Newest
Subscribe
Login
1 Comment
Newest
Oldest Most Voted
Inline Feedbacks
View all comments
R
Ryan Spitzer

DON’T FIRE HIM, FEED HIM! I said it a few weeks ago. And I’ll say it again: I freakin’ love Coach Mason! No matter how tough things get, he just keeps grinding! He really is exactly what we need at Vanderbilt. So don’t fire him, feed him. Give him the resources he needs, the staff and recruitment budgets, the facilities, etc. Get him on a halfway level playing field with the teams he has to face week-in and week-out and then let him work. I feel like Al Pacino in Scent of a Woman: let him continue on his journey, it’s gonna to make you proud one day!