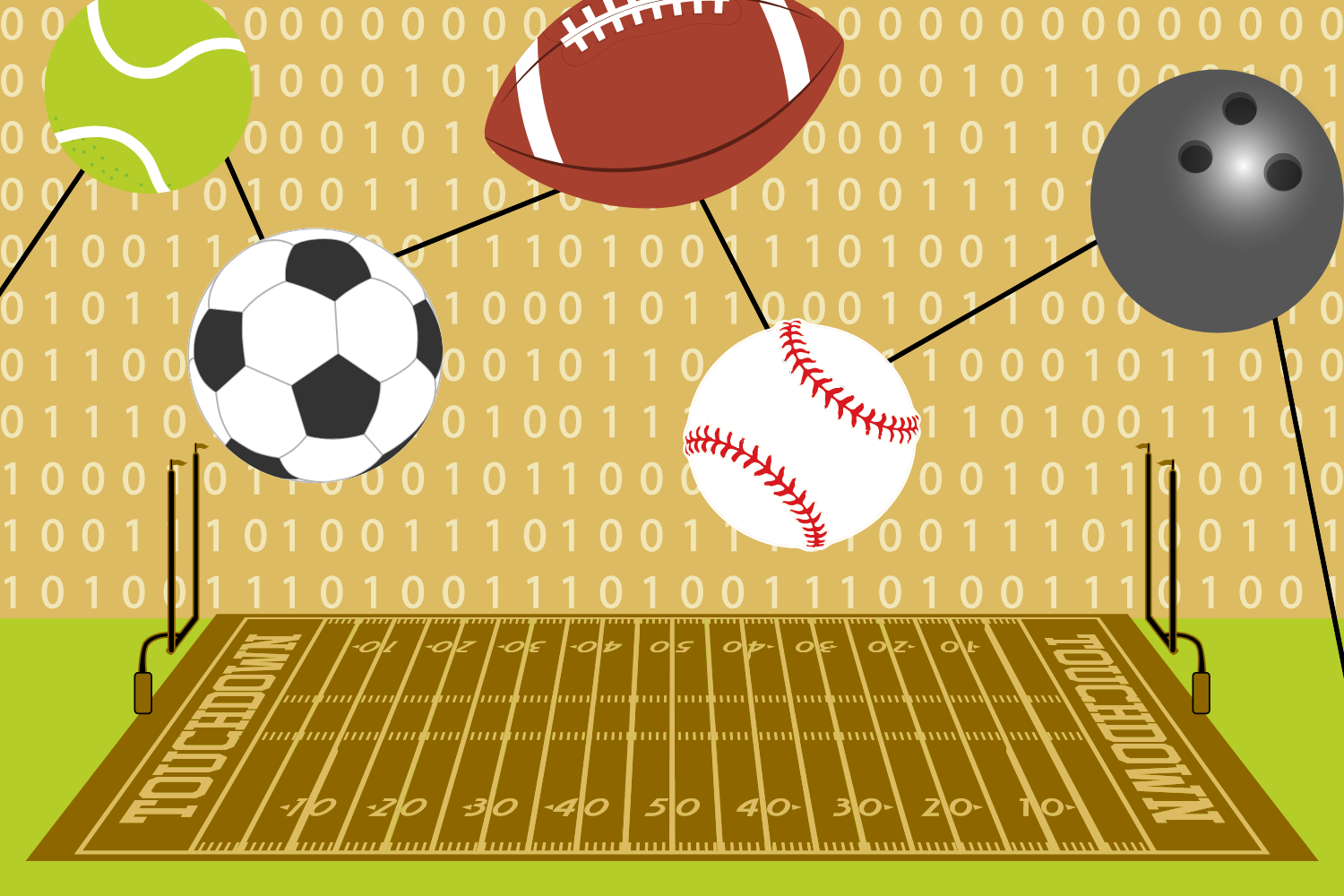 Part one of a two-part series explores how soccer and bowling have used data to gain an edge (Hustler Multimedia/Alexa White). (Alexa White)

Part one of a two-part series explores how soccer and bowling have used data to gain an edge (Hustler Multimedia/Alexa White).

As other programs with deeper pockets engage in similar facilities arms races as Vanderbilt, perhaps the answer to overcoming Vanderbilt’s institutional disadvantages is hiding in plain sight.

Whether they’ve seen the movie or not, almost every sports fan can recognize at least one line from Brad Pitt’s “Moneyball,” which tells the true story of the 2002 Oakland A’s.

It’s a catch-all summation of the philosophy of Billy Beane, the A’s former general manager. He embarked on a quest to exploit the relatively nascent world of baseball data to make up for the systematic disadvantage inherent in a team from Oakland playing in a professional sport with no salary cap. All that Beane and assistant general manager Peter Brand focused on was what their model told them: Nothing is more important to generating wins than scoring runs, and nothing contributes more to scoring runs than getting on base.

Every traditional scouting metric was thrown to the wind. Players and contracts were dumped in lopsided deals to acquire washed-up veterans and under-the-radar young prospects. Positions were assigned to players regardless of past experience, all in an effort to get as many on-base opportunities as possible into the lineup. It became, by any metric, an obsession with data.

While the A’s failed to win it all that season—or any season since, Beane’s embrace of data-driven scouting and roster management has fundamentally changed all of sports. NBA Twitter threads seem almost incomplete if they don’t include some obscure statistic from accounts like StatMuse. Websites like FiveThirtyEight post daily-updated models of every league from the NFL to secondary tiers of European soccer. Even college sports, the alleged bastions of amateurism and playing for the love of the game, have become entranced by the data revolution—just ask Alabama head coach Nick Saban.

“Everybody does analytics now,” Saban said in a 2021 radio show. “Everybody is into statistics, and you throw it all into the computer.”

In May 2021, Jaime Pérez (‘22) penned an article chronicling the encroachment of data into Vanderbilt baseball and how regular undergraduate students with a passion for crunching numbers became part of one of the greatest dynasties in college baseball. But what about other sports?

Vanderbilt currently funds 15 scholarship sports with plans to add volleyball in upcoming years. In some of these sports—football being the most obvious, Vanderbilt occupies a position eerily similar to that of the early 2000s Athletics: It simply doesn’t have the history, size or money required to compete on the same level as its SEC peers. So what do you do to level the playing field in the inherently inequitable world of college athletics?

“The Vanderbilt mantra is ‘Dare to Grow,” Vanderbilt soccer head coach Darren Ambrose told The Hustler via interview. “This is the message we have for our kids: let go of old habits and embrace new ones.”

Since arriving in Nashville in 2015, Ambrose has turned the Commodores into a perennial NCAA Tournament participant and constant threat to take home the SEC crown. Part of his approach, even dating back to his former stint at the University of Pennsylvania, relies on consulting data.

“I’ve been doing it in a very raw, vulgar, rudimentary way for a long time in a few categories,” Ambrose said of his data collection and analysis. “Rather than be somewhat subjective or have zero factual backing to it, [data] gives athletes something more concrete.”

Ambrose started this process by having injured or benched players write down basic statistics on corner kicks, possessions and dead balls—balls about to be kicked but not in play at that moment. Then, four years ago, he convinced administrators to let the team buy reports from InStat, a company that collects and processes soccer data. The reports are available after every game and detail everything from individual players’ pass completion rates to breakdowns of individual plays.

Each report is analyzed and discussed by the coaching staff in meetings. In general, the coaching staff and team looks to data as a complementary tool to their natural intuition on the game. It’s a mechanism for explaining the importance of certain aspects of the game—corner kicks, possession and getting the ball in particular positions—to players in a way that doesn’t feel arbitrary.

“We keep track of all kinds of statistics—more or less outcome statistics—like split percentage and strike percentage,” bowling head coach John Williamson told The Hustler. “You can be almost as stat driven as you want to be.”

Williamson and company keep track of tournament statistics to use as a guiding mechanism for areas to improve upon in practice. However, it’s arguably the data they collect from practice itself that’s the most useful.

Four years ago, the team purchased the Specto Bowling System from Kegel, a bowling analytics company. The system used technology analogous to radar to track statistics on the ball as it goes down the lane. Ball speed, path, angle of release and break point—where the ball changes direction—are all recorded. This information is immediately displayed by a set of monitors mounted at the back of the private? bowling practice alley in the Rec Center.

The data allows Williamson and his players to analyze their rolls down to fractions of a centimeter. These statistics are incredibly important in a sport where consistency is key and no defense is played. You either knock down your pins at a solid clip, or you lose the match.

Senior Mabel Cummins, one of the team’s most consistent and successful players, have embraced this availability of data; others, for their part, still prefer a more old school approach. That’s not a problem for Williamson.

“We try to handle [players] individually,” Williamson said of the coaching staff’s approach to data use. “Some kids can handle all the noise, and some kids do better not thinking about it.”

The ability to perform such analysis demonstrates a level of institutional buy-in. Both Ambrose and Williamson reported that the acquisition of analytics programs wasn’t the idea of administrators, but the changes were embraced by Athletics Director Candice Storey Lee as a way to push Vanderbilt Athletics forward.

“Ultimately, it shows recruits that if your goal is to be a professional player, play on the U.S. national team [or] make money as an adult, we have the technology,” Williamson said.

“We’re at the forefront of how we use this,” Ambrose said. “It’s helping us and the kids have said the same thing.”

Analytics may not be the saving grace for every sport, coaching staff and player. But, if the recent data-backed success of Vanderbilt baseball, soccer and bowling has demonstrated anything, it’s that an institutional mindset of innovation and growth can only herald good things for the only private school in the SEC.

In the next feature, we’ll explore how data has transformed two of Vanderbilt’s up-and-coming programs: Men’s and women’s basketball.