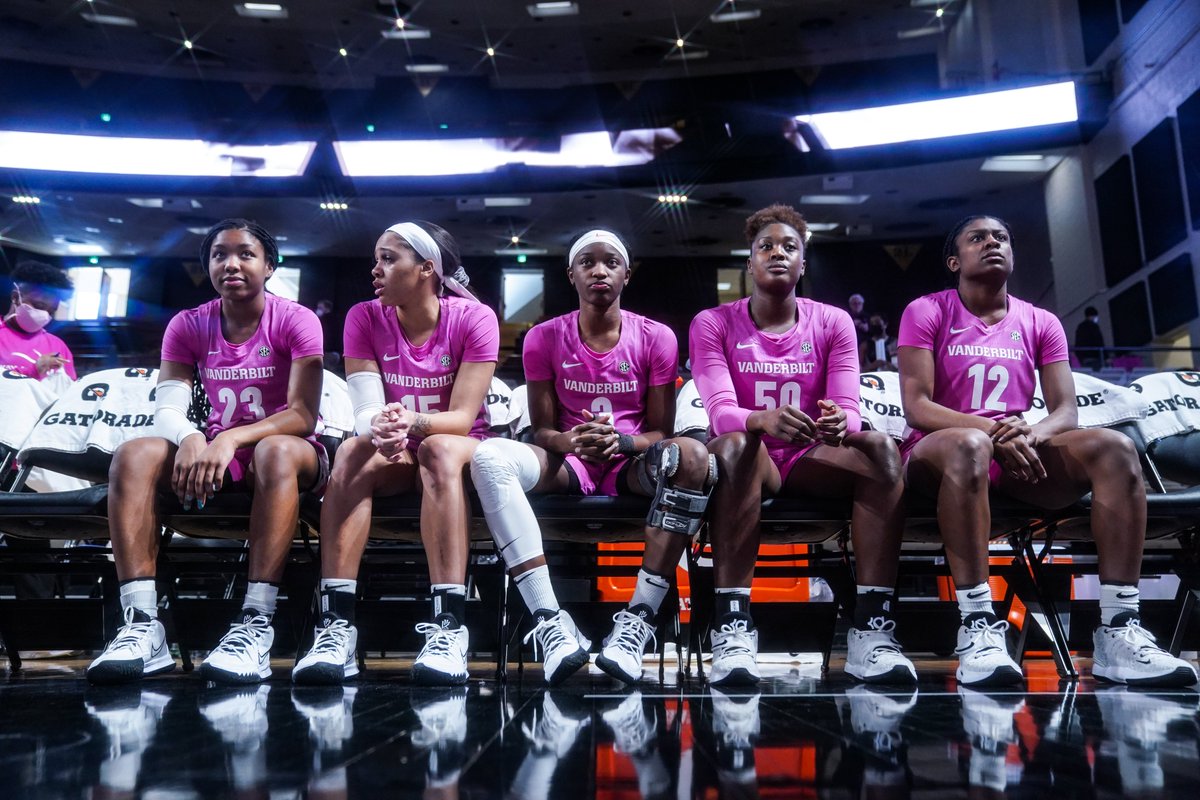 The month of February has become Vanderbilt’s enemy, as the Commodores have lost all three games this month and been outscored by their opponents by a combined 39-point margin of 224-185. Vanderbilt entered February riding high after beating Kentucky and Auburn in consecutive games, which gave them their first SEC winning streak since 2017.

Although there seemed to be a sense of newfound momentum and energy on West End, devastating losses to Georgia, Alabama and Texas A&M have put Vanderbilt a game below .500 with just five regular season games remaining.

“Every deposit we make every day will be a withdrawal that we can take out. We’re learning what it means to be a great team, and we have to keep building,” head coach Shea Ralph said nearly a month ago.

This message remains paramount for the Commodores as they enter their stretch run.

Vanderbilt’s regular season has flown by, as we are nearly a few weeks from the beginning of the SEC Tournament. Ralph’s Commodores are coming off of silencing road losses to No. 17 Georgia and Texas A&M. Nearly one week ago, after losing to Georgia, Vanderbilt was destined to climb back into the win column against Alabama. The Commodores dominated all game, but the Tide sent the game to overtime and never looked back.

In Vanderbilt’s past three games, they have allowed each team to shoot a minimum of 50% from the field and at least 70 points.That is just not good enough, especially for Ralph. For Vanderbilt to win games, they will need to limit their opponents to score no more than 70 points, especially since they have scored 70 points or more only once in 11 SEC games thus far.

Although the team has lost three consecutive games, Vanderbilt has a lot to be proud of. From senior Jordyn Cambridge’s defensive prowess to freshmen stepping up, the Commodores have plenty of reason to have hope entering the final stretch of the season.

Jordyn Cambridge and Brinae Alexander in their final run

Vanderbilt will feel a strong sense of nostalgia in just about a month when this season concludes. Vanderbilt’s Jordyn Cambridge and Brinae Alexander have been through it all, as they came to West End in the fall of 2018. To Vanderbilt, this duo has brought so much on and off the court, even if the victories haven’t come in bunches

The two have combined for 1,255 points, 117 3-pointers, 555 rebounds, 325 assists and 266 steals over the course of their careers on West End. These statistics are notable, especially since Cambridge did not play in the 2020-21 due to an injury and Alexander played only five games during that season.

Alexander leads the team with 386 points this season and averages an impressive 15.4 points per game. Vanderbilt averages 62.9 points per game; therefore Alexander scores nearly a quarter of the Commodores’ points. Although Alexander is a senior on paper, she has two more years of SEC eligibility because of missing her sophomore year with a torn Achilles tendon and the season being cut very short in her junior year due to COVID-19 protocols.

“My expectations are just to be successful. Success doesn’t just mean winning games, that will eventually come. It starts with your culture, being a team, doing the right things at the right time, and focusing on the little things,” Alexander said earlier this season.

Senior Jordyn Cambridge is the co-leader of the Vanderbilt locker room and not just the 2021-22 team. Cambridge ranks first in the SEC and first in the NCAA with 89 total steals this season. She is just six steals away from reaching 200 career steals and 36 away from tying Vanderbilt alum Deborah Denton’s school record of 123 steals in the 1986-87 season. She has seen national attention too, as she was named to the Naismith Defensive Player of the Year Watch List.

Beyond personal accolades, these leaders have helped pioneer a newfound culture on West End. They have been the central figures in Ralph’s rebuild this season and should be celebrated the next few weeks in case their time in the Black and Gold does indeed come to a close soon.

After losing to Texas A&M on Feb. 10 in a game that was scheduled for Dec. 30, but moved due to COVID-19 protocols, Vanderbilt needs to bounce back as soon as possible to have any chance of a postseason. With just five games remaining, Vanderbilt is entering a pivotal point of their season.

The Commodores are No. 82 in the national NET rankings, but late-season victories could boost their position into a formidable spot entering the postseason. Vanderbilt will need to polish their play to make a press for playoff contention, most notably, they need to focus on limiting turnovers, scoring at the free-throw line and forcing their opponents to take uncomfortable shots.

“Like I’ve told our team, from playing and coaching one of the things I’ve learned is to treat every game the same. The next game is the most important one,” Ralph said before Vanderbilt’s first meeting with Tennessee.

After the faceoff between Tennessee and Vanderbilt, the Commodores have an easier slate ahead, playing only unranked teams to close out the season. Vanderbilt will stay on the road and go up against Kentucky on Feb. 17, before coming back to Nashville to play Ole Miss on Feb. 20 and Florida on Feb. 24. Their regular season will conclude with a rematch against Alabama on Feb. 27 in Tuscaloosa. Vanderbilt last met the Tide on Feb. 6, where they came short of Alabama in the final minutes of overtime.

“When we play our brand of basketball, we can compete with anyone left on our schedule,” Ralph told the media after that loss.

In Ralph’s first year at the helm, the Commodores will push to make an NCAA Tournament appearance for the first time since 2014. With only one ranked team remaining in their five-game slate ahead, the Commodores could potentially run the table and conclude the regular season on a high note.

Vanderbilt will adopt Coach Ralph’s motto of staying focused and believing in the team’s abilities against any given opponent moving forward.

On Mar. 2-6, Vanderbilt and all SEC schools will honor the 50th anniversary of Title IX in Nashville. Two Vanderbilt alumni–Sharon Shields and Teresa Lawrence Phillips–will be honored as SEC trailblazers during this event. After finishing her playing career at Vanderbilt, Shields became a faculty member at Vanderbilt’s school of education in 1976 and co-founded the Kim Dayani Human Performance Center at the Vanderbilt Medical Center. Shields would continue working and giving back to the community, as she received a fellowship from the Annie E. Casey Foundation.

Phillips made a mark right when she got to West End, as she was named Vanderbilt’s “Lady Commodore Athlete” in 1980. When her playing career was over, she entered coaching where she went from being an assistant coach at Vanderbilt, ultimately becoming the athletic director at Tennessee State in 2001. She is focused on teaching and advocating for health promotion and disease prevention.

These SEC trailblazers are role models for student-athletes, and important female athletes in Vanderbilt’s history. As the Commodores have just a few games remaining, they will look to create and take advantage of every opportunity available to them, just like Phillips and Shields did for Vanderbilt just a few decades ago on the hardwood.