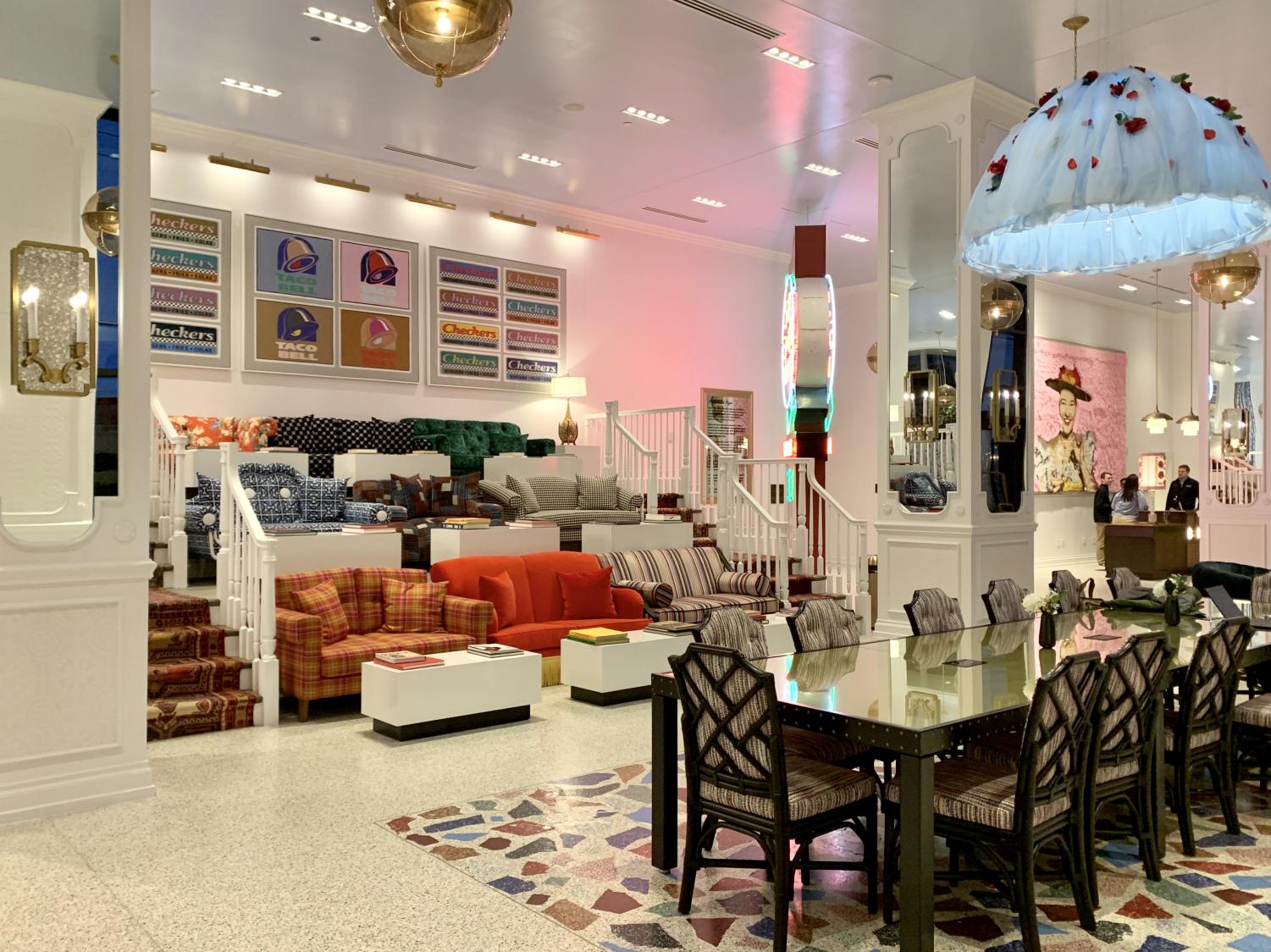 Friends and fellow coffee fanatics Hannah and Alexa review Nashville’s new and lesser-known coffee shops in their column “Hannah, Alexa and Joe.” Alexa writes, and Hannah is behind the camera. Check back each Tuesday to find your new favorite cup of joe!

On the first floor of the Graduate is Poindexter Coffee, a bright, eclectic and initially overwhelming space. The entire coffee shop, from the large glass chandeliers to the pink armchairs, is Dolly Parton themed. The glamour and luxury of her brand are masterfully condensed into a single hotel lobby.

Despite all its glitz, Poindexter is first and foremost a coffee shop. Here’s what we ordered.

After some dreary weather outside, the first sunny day in a while made me want a cold drink, so I went with the cold brew. It was strong with quite a tart flavor, which I expect with a cold brew, but I did not think this was anything special. As we sat near the counter we overheard the baristas specifically discussing the cold brew and whether it might be too strong. One suggested adding more water, so if you test it out in the coming days, it may not be as strong as mine.

After too many consecutive days of my Folgers home brew, I ordered a vanilla latte to spice up my caffeine consumption a bit. Upon receiving my order, I was disappointed by the lack of latte art. For the fancy mug that my latte was served in, I expected at least the standard heart or swirl in my drink. The latte itself was very sweet– honestly, too sweet. I didn’t taste any espresso, so it seems like the Poindexter baristas might still be perfecting their trade. My advice to them would be to ease up on the vanilla syrup.

The Poindexter is truly worth experiencing. Pictures don’t do the overwhelming interior of this coffee shop justice. The outrageous details and high ceilings kept us distracted from any studying that we wanted to get done.

Poindexter Coffee is part of the Graduate Hotel brand. Each hotel is near a university, and its interior design reflects an aspect of the city and its respective school. For example, the Graduate in Eugene, Oregon has green hardwood floors and gold details to pay homage to the Oregon Ducks. It makes perfect sense, then, that the interior of Nashville’s Graduate celebrates Dolly Parton and overflows with black and gold details..

I liked that Poindexter felt like a retreat from the busyness of West End Avenue. The coffee shop is set into the ground so that you can’t actually see onto West End while you’re sitting inside, although plenty of sunlight filters through the windows. Once you get past the dizzying interior design, it’s a study spot that feels like it’s more than just a block away from campus.

Poindexter Coffee is truly unique. Is it the next Fido? Probably not. But if you’re looking for a joyful and visually shocking study spot this semester, Poindexter might be your place. 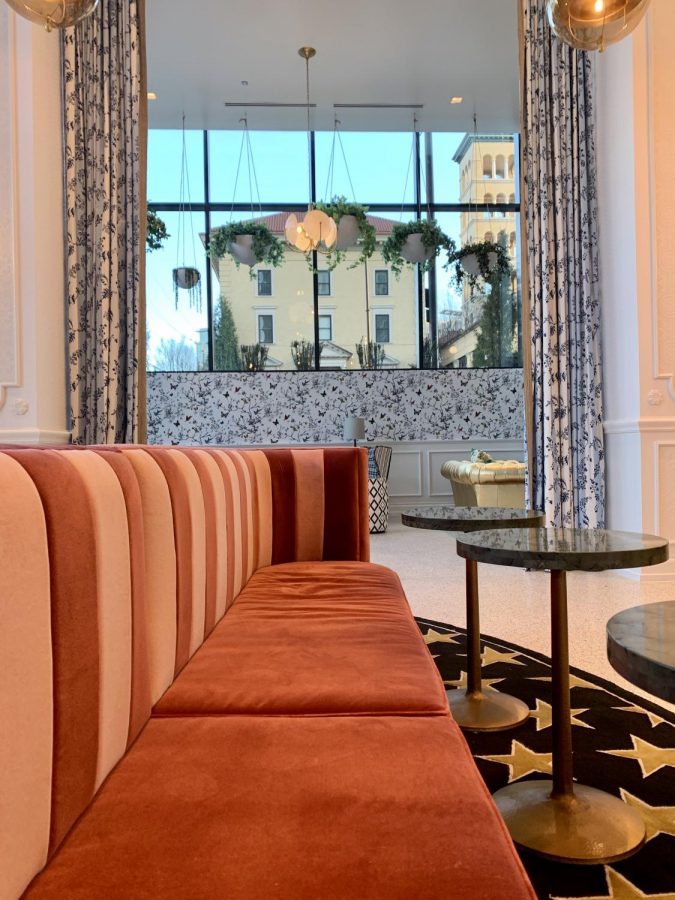