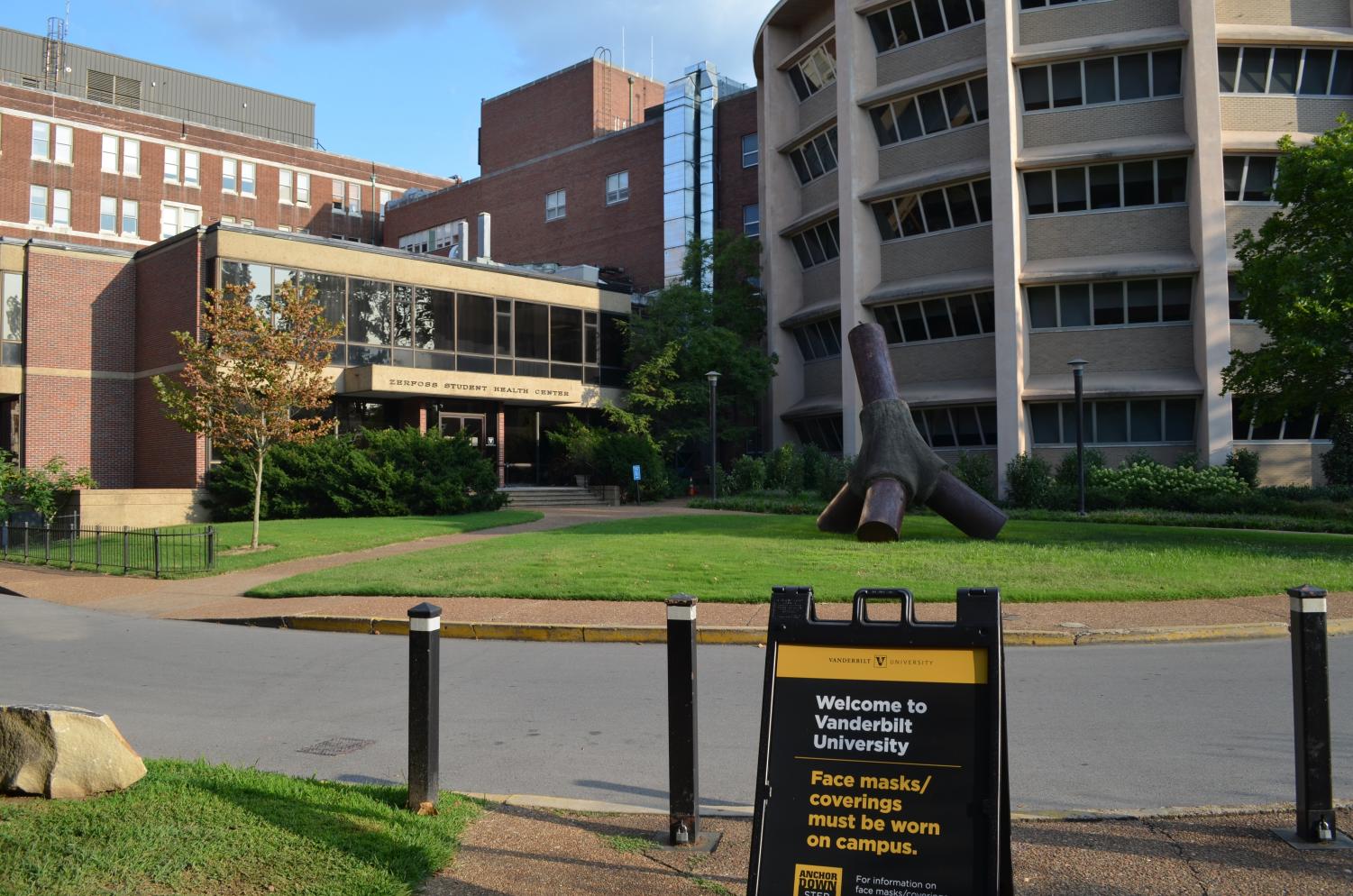 Women seeking abortions will be able to be blocked by the men who impregnated them if Tennessee Senate Bill 0494 is passed by the state legislature during the session that began on Jan. 11.

On Dec. 31, an intentional fire destroyed the Planned Parenthood Health Center in Knoxville, the only clinic in East Tennessee. This act came at the close of a year filled with several legislative attempts to restrict abortion in Tennessee, including Senate Bill (SB) 0494/House Bill (HB) 1079—which would grant a man who impregnates a woman the ability to block the woman from receiving an abortion—if it passes during the legislative session that began on Jan. 11.

The center was unoccupied at the time of the fire; it has been closed since Dec. 7 due to a $2.2 million renovation that has now been deemed a “total loss” by Knoxville Fire Department (KFD) officials. On Jan. 6, KFD determined that the fire was arson, and pro-choice activists claim that it was an “act of hate.”

“It must be made clear that these hateful acts go much further than property damage—they harm the patients who depend on safe Planned Parenthood health centers, staff and providers to receive trusted, essential health care services,” Alexis McGill Johnson, CEO of Planned Parenthood Federation of America, said in an official statement on Jan. 6. “We are committed to our patients in East Tennessee and will not let this attack take away the essential health care services on which they rely.”

“It is a huge misconception that Planned Parenthood only provides abortion services,” Naik said. “The lack of this organization in Knoxville not only creates an obstacle for those who may need an abortion, but it also creates a lack of services that cover all sorts of essential medical needs.”

Naik referenced the Jan. 22, 2021, shooting at the same Planned Parenthood Knoxville Health Center on the 49th anniversary of Roe v. Wade as an example of increased animosity towards facilities such as Planned Parenthood that provide reproductive health services.

“[The Dec. 31] event is pushing people to the edge because it creates an unsafe environment for those seeking medical care,” Naik said. “This event certainly affirms the narrative that the fight for reproductive freedom will need to continue and that it needs more and more support.”

“Since [the event] looks to be arson, it unfortunately reflects many people’s attitudes about abortion in Tennessee,” Dicker said in an email to The Hustler.

Student leaders of Vanderbilt’s pro-life organization, For Every Life, have not responded to The Hustler’s requests for comment.

The arson comes amid rising legislative restrictions on abortion in Tennessee. In February and April 2021, the Tennessee Senate and House of Representatives both passed a bill (SB 0494/HB 1079) that gives a man who impregnates a woman the power to block the woman from receiving an abortion by petitioning the court for an injunction, with no exceptions for rape or incest.

The bill has since been referred to the Senate Judiciary Committee for the 2022 legislative session that began on Jan. 11. If it passes through the remaining considerations and is signed by Tennessee Governor Bill Lee, it will go into effect on July 1.

“I believe a father should have a right to say what’s gonna be happening to that child,” Tennessee Senator (R) and co-sponsor of the bill Mark Pody said. “If somebody is going to kill that child, he should be able to say, ‘No, I don’t want that child to be killed. I want to be able to raise that child and love that child.’”

Dicker referred to the bill as “punitive” and “misogynistic,” and Hedy Weinberg, executive director of the ACLU of Tennessee, similarly condemned it.

“This unconstitutional legislation demonstrates the condescending mindset underlying this bill: that men should control women’s bodies,” Weinberg said. “Women are not chattel and this bill needs to be stopped in its tracks.”

In July 2020, Lee signed a now temporarily-blocked “heartbeat bill,” which bans abortions after a fetal heartbeat can be detected—as early as 6 weeks. The bill also criminalizes doctors who perform abortions after this point. It creates exceptions for medical emergencies, but not for rape or incest. In May 2021, Texas Governor Greg Abbott signed a similar law, which has been called the nation’s “most restrictive abortion bill.”

“One of the most important things we can do to be pro-family is to protect the rights of the most vulnerable in our state, and there is none more vulnerable than the unborn,” Lee tweeted on June 19, 2020, about the Tennessee bill.

Less than an hour after the Tennessee “heartbeat” law was enacted, Judge William Campbell blocked it at the requests of the Center for Reproductive Rights, Planned Parenthood and the American Civil Liberties Union (ACLU).

“Lack of access to abortion care particularly harms those struggling financially and those who already face significant barriers to health care, including people of color, people with limited incomes, rural people and young people,” the ACLU said on June 19, 2020, in response to the bill. “Politicians should not be deciding what is best for women and certainly not making reproductive health care decisions for them.”

A three-judge panel upheld Campbell’s decision in September 2021, a ruling that Tennessee appealed. The U.S. Sixth Circuit Court of Appeals voided the September 2021 decision on Dec. 1 and is currently reconsidering the bill.

Prior to the “heartbeat bill”, in 2019, Lee enacted SB 1257, known as a “trigger law,” which bans abortions in Tennessee if the Supreme Court overturns Roe v. Wade. Over 20 other states have passed similar laws. The Supreme Court is set to hear a case surrounding a Mississippi law that directly challenges Roe v. Wade and plans to deliver their verdict early this summer.

Tennessee mandated a 48-hour waiting period between receiving consultation for abortion and undergoing the procedure in 2015. Despite being deemed unconstitutional by a three-judge panel in 2020, the law was reinstated by the full U.S. Sixth Circuit Appeals Court in August 2021. The Court acknowledged that the law could create “risky” delays, lead to challenges for impoverished women, subject them to “harassment” and ultimately raise the price of abortions.

“The Court held that [the above] findings were not enough to ‘demonstrate that the waiting period constitutes an undue burden,’” the decision reads.

In 2014, Tennessee voters passed Amendment 1, a measure that removes access to abortion as a fundamental right from the Tennessee State Constitution.

“Nothing in this Constitution secures or protects a right to abortion or requires the funding of an abortion,” Section 36 of Article I now reads.

Other restrictions on abortion in Tennessee include lack of coverage under certain health plans, the prohibition of telemedicine use to administer medication abortion and parental consent requirements for minors seeking abortions.

Abortions in Tennessee declined 14% from 2014 to 2017. As of 2017, 96% of Tennessee counties did not house abortion clinics; 63% of female Tennessee residents live in those counties. Davidson, Wilson, Shelby and Knox counties—homes of Nashville, Memphis and Knoxville—are the only ones that contain abortion clinics in the state.

Vanderbilt University Medical Center (VUMC) previously required nursing students applying for the women’s health track to agree to perform abortions or provide abortion-related care should their patient request the procedure. However, on Jan. 11, 2011, the Alliance Defending Freedom organizations lodged a complaint with the Tennessee Department of Health and Human Services against this policy, arguing that universities that receive federal funding cannot discriminate against applicants who refuse to participate in abortions for moral reasons. The following day, VUMC changed its nursing residency application to remove the requirement.

VUMC’s Department of Obstetrics and Gynecology offers abortion and contraceptive training to OB-GYN residents as part of the Ryan Residency Training Program in Abortion and Family Planning. However, this training is carried out at the Planned Parenthood Nashville Health Center.

VUMC is not listed on Abortion Finder, an abortion clinic search tool and partner of Planned Parenthood. The Hustler contacted VUMC numerous times to determine whether abortion procedures are performed on-site; though VUMC responded to other questions, they did not address this one. Planned Parenthood of Nashville also has not followed up on repeated calls and emails regarding if VUMC provides abortion services. An employee of VUMC’s Department of Labor and Delivery said that they believed those seeking an abortion would have to go to Planned Parenthood, but they hung up the phone before The Hustler could ask for their name.

The Student Health Center website does not detail abortion policies and resources. The only pregnancy-related services the site mentions are birth control medication and IUD implants, emergency contraception and counseling for pregnant students.

“When a student needs a referral to a specialist outside of Student Health for any medical reason, the student is instructed to schedule an appointment with a healthcare provider at the Student Health Clinic,” Dr. Louise Hanson, director of the Student Health Center, said in an email to The Hustler. “The student should discuss any questions and concerns, including those regarding applicable laws, with the external specialist.”

Abortion is covered in part—ranging from 60-90% depending on whether the service occurs in the designated network, in-network or out-of-network—by Vanderbilt’s Student Health Insurance Program (SHIP).

Students can also obtain abortion and other sexual health services at the Planned Parenthood Nashville Health Center. The Women’s Center’s website additionally features a list of sexual health resources both at Vanderbilt and in the Nashville area.

The Vanderbilt Hustler welcomes and encourages readers to engage with content and express opinions through the comments section on our website and social media platforms. However, The Hustler reserves the right to remove comments that violate the outlined policy. Comments which contain vulgarity, hate speech, personal attacks or appear to be spam or commercial promotion will be blocked or removed by The Hustler. The comments section, both on the website and social media, is moderated by the Editor in Chief.
All The Vanderbilt Hustler Picks Reader Picks Sort: Newest
Subscribe
Login
1 Comment
Newest
Oldest Most Voted
Inline Feedbacks
View all comments
D
Daniel Graves

This is a travesty. No female student should have to endure this gauntlet of injustice. If we can help in any way, calls/emails, we are there for her and all the women on VU campus.