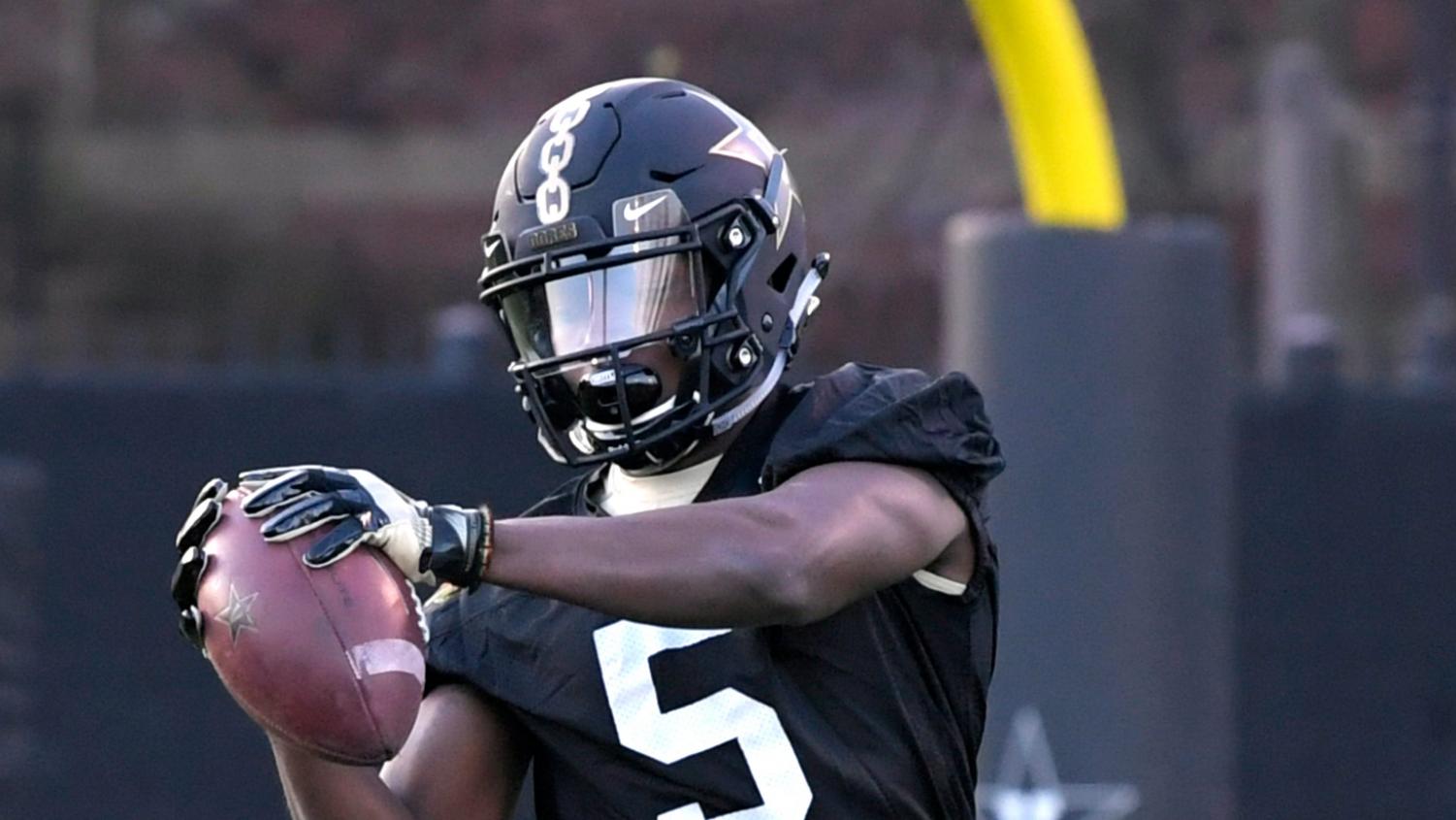 Photo by: Shelley Mays (The Tennessean)

Photo by: Shelley Mays (The Tennessean)

Dontye Carriere-Williams' journey to Vanderbilt involved taking a huge leap of faith. He bet on himself, but according to former "Last Chance U" head coach Jason Brown, "DC" has what it takes to succeed in the SEC.

Nearly 600 miles away from the glitz, glamour, and bright neon lights of Nashville lies a much simpler place. A place where rural farmland runs rampant. A place where it’s not uncommon for a home to carry more livestock on its pasture than occupants in its house. In Independence, Kansas, home to roughly 9,400 people, there are few attractions to boast.

But much like the fourteen cities that make up the mighty Southeastern Conference, there is one commonality in Indy.

The same way Nashvillians frolic to see their Vanderbilt Commodores on the gridiron every Saturday; the same way folks in Tuscaloosa travel en masse to see future NFL stars live out their dreams as members of the Alabama Crimson Tide, the Independence locals come together every Saturday to see their Indy Pirates in action.

“When he got to Independence I think he was a little bit in shock,” said Jason Brown, the Pirates’ former head coach, in an interview with The Vanderbilt Hustler. “It’s a real wake-up call, and as soon as Dontye walked through that door I let him know it. I just told him, ‘hey man, welcome to football jail.’ Sure, there’s football here in Indy, but it ain’t pretty. And no one wants to be here.”

Independence Community College is what Division-I football coaches would refer to as a “JUCO”. It’s where former Division-I players may end up if they’re trying to revive their football career from an off-the-field incident, poor grades, or another mistake that lead to a lost scholarship. Here, all players have the same dream: get out of Independence and get back to a power-five program. That’s why Independence Community College is simply known to locals as “Dream U.”

The rest of the country may call it something different: “Last Chance U.”

Netflix’s hit show “Last Chance U” has aired its last two seasons on Indy’s campus, detailing the tough, oft-hopeless lives of these student-athletes. Their former head coach Jason Brown frequently appeared on the show and became a household name amongst football fans. Carriere-Williams, known in Nashville as “DC,” was quite the opposite. 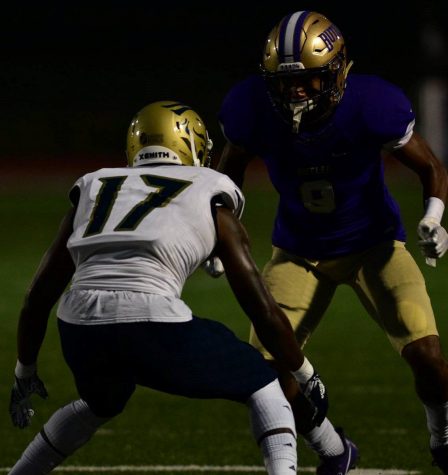 After committing to Wisconsin out of high school, Carriere-Williams redshirted his freshman year in 2016. He bounced back in 2017 as a redshirt-freshman and posted a successful campaign against some of the most talented receivers in the country. For that very reason, Carriere-Williams, the most experienced of Wisconsin’s short-staffed secondary in August of 2018, was projected to start as a redshirt sophomore.

But Carriere-Williams took a leap of faith. Not to be a Netflix star, but to be a football star. So he avoided the Last Chance U camera crew at all costs.

“I definitely thought it was a risky move to transfer that late. I contemplated a lot actually,” said Carriere-Williams, who transferred out of Wisconsin as late as August 29th, 2018. “I was stuck in a bond between doing what I thought was right and doing what I thought everybody else would do. I bet on myself, I had confidence and I worked that much harder to turn those dreams to reality. I was there for business only, I wasn’t trying to be on any Last Chance U shows or anything like that. I wasn’t trying to get a name either. I just wanted to get there, get to know the guys and put in the work on the field so I can turn the page on a new chapter. That’s why I avoided the cameras.”

According to Coach Brown, that mentality helped DC post bail and rise above the depths of football jail.

“He was a reserved kid. He wasn’t about being followed around, he didn’t want to stir up any drama for the whole country to see. He stayed in his respective lane so to speak. He handled his schoolwork and showed out on the field. Just when everyone else thought he was up against the ropes, when everyone else thought he was finished with football, he gave it his all to get out of football jail.”

In his one season at Wisconsin, Carriere-Williams played in all 14 games and started five. He recorded 30 tackles and even intercepted a pass, all while contributing to a unit that ranked No. 2 in the country in total defense.

The 2017 Wisconsin Badgers allowed just 262.1 total yards per game and gave up just 13.9 points per game. But Carriere-Williams knew Wisconsin wasn’t the right place for him, which led him to start anew. He opened a new no-fly-zone in the depths of the Independence Pirates’ secondary. 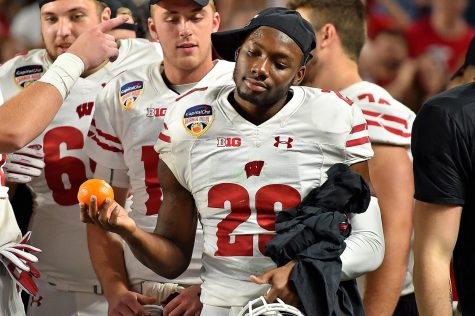 His success in Independence drew the attention of countless collegiate scouts. He proved he could play at Wisconsin, he proved he could play at Indy, and now, he had to choose his next destination. Of all the offers that rolled in, there was only one Vanderbilt. According to DC, there was only one school with a coaching staff coach that truly cared about their players, both on and off-the-field.

“It just came down to comfort. With Coach Mason and the rest of the staff, I could immediately tell they really cared about their players. Off the field, your coach is still your coach, but at a lot of places they only look at you as a football player. We all know college football is deeper than that. There’s more than what’s on the surface and Coach Mason and his staff understood that, so that played a huge role. Now, I definitely feel like I’m at home. I’m comfortable now, everything is great and the transition was smooth. The only thing on my mind is Georgia.”

The Vanderbilt coaching staff spoke just as highly of Carriere-Williams himself. Defensive coordinator Jason Tarver emphasized Carriere-Williams’ professionalism and experience, commending his consistency both on the practice field and during live-scrimmages.

Carriere-Williams will join a Commodore secondary that is in need of some serious help. The Commodores’ defense ranked 61st in the country last season, allowing an average of 26.6 points per game and well over 400 yards of total offense. After losing star cornerback Joejuan Williams to the NFL Draft, DC’s help is needed more than ever.

But Coach Brown firmly believes the experience, talent, and drive to succeed that shined at Indy is transferrable to Vanderbilt. In fact, Brown has no doubt that Carriere-Williams has what it takes to lock down some of the nation’s best young wideouts.

“Oh come on. He will be able to guard anyone in that damn conference, regardless of how talented they might be. There is no question about it. He’s going to go out there and put a hurting on some guys, talk a little trash, and do whatever is necessary to shut down their best receiver. He’s an Independence Pirate, brother. We don’t breed soft guys.”

One Response to “One Last Chance: Dontye Carriere-Williams brings grit to Vanderbilt secondary”