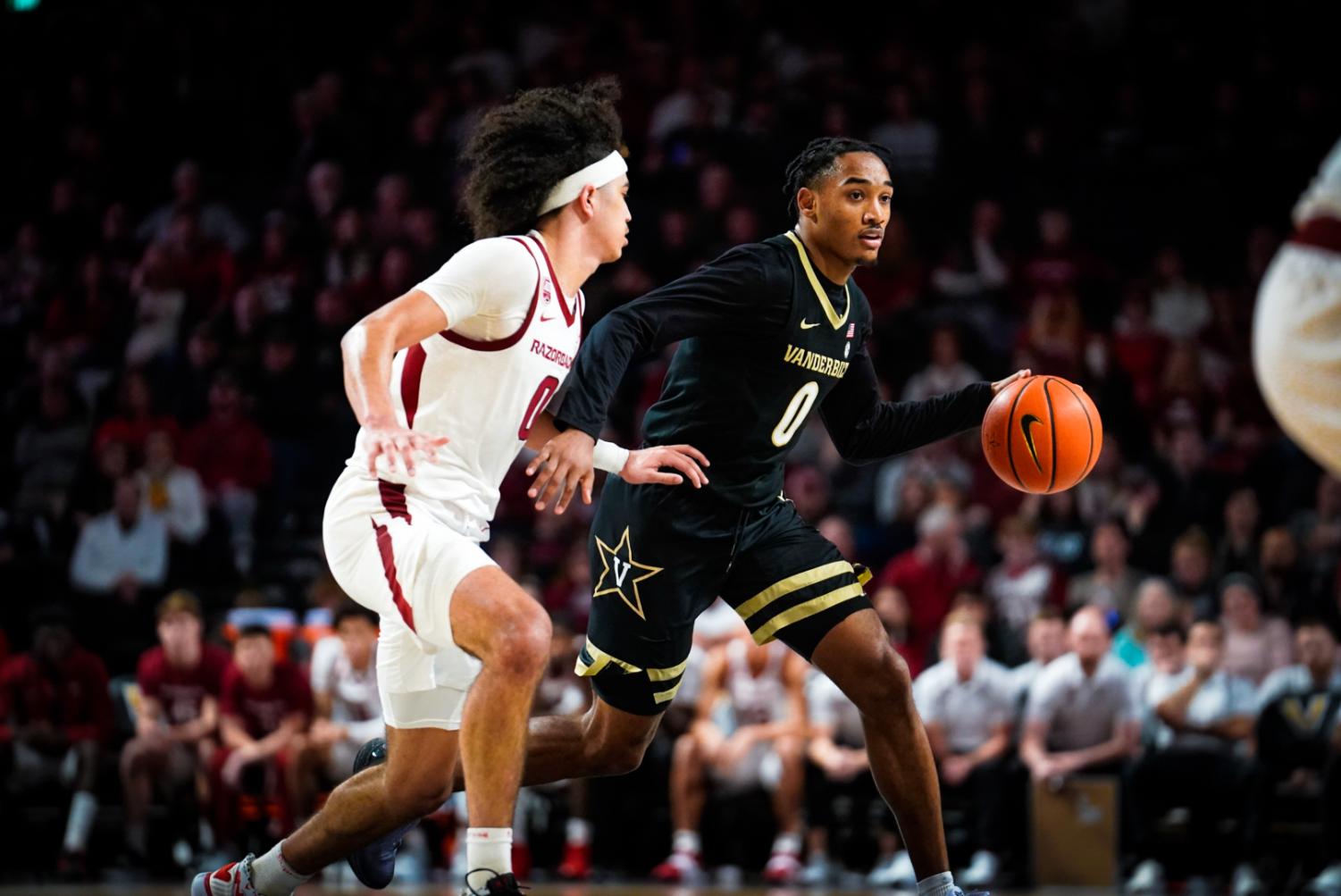 The Commodores are off to a solid .500 start in the SEC despite a brutal schedule and an injury to star forward Liam Robbins.

It may have taken until mid-January — more than halfway through the season — but the Vanderbilt Commodores finally have a dangerous offense. Since our last column, Vanderbilt has scored a signature win against then-No. 15 Arkansas, given half a scare to No. 4 Alabama and handed Georgia its first home loss of the season. While there are still plenty of questions to be answered, these last three games have been the Commodores’ best stretch of the season.

The Commodores’ main improvement from their underwhelming earlier season performances has been their offense. Vanderbilt put up 97 points against Arkansas, 85 against Georgia and a respectable 66 against Alabama.

The improvements have arisen across two different offensive styles. The 63-point half against the Razorbacks was spurred by the paint presence of Liam Robbins combined with shooting threats from Tyrin Lawrence and Myles Stute in Vanderbilt’s “inside-out” offense. But with Robbins out 4-6 weeks with a sprained ankle, an adjustment was needed. With not much time to prepare, the team wasn’t able to make that adjustment against Alabama. But what we saw against Georgia was a revamped small-ball approach that the Bulldogs had no answer to.

With both Robbins and Lee Dort sidelined, Quentin Millora-Brown is the only traditional big man who can play down low. However, Millora-Brown’s game is just not the same as Robbins’. QMB sets screens, gets rebounds and creates opportunities for the rest of the lineup, but unlike Robbins, he’s just not that much of a scoring threat. While QMB brings his own skills and is a reliable center, he’s also not going to play 40 minutes a game. Vanderbilt will need to adjust and be able to survive defensively (more on that later) without Millora-Brown on the floor.

On Saturday, that change took the form of a barrage of three-point shooting. The Commodores shot 10-for-21 from behind the arc, led by Myles Stute’s perfect 4-for-4. Paul Lewis, Jordan Wright and Trey Thomas also pitched in. Surprisingly, Tyrin Lawrence was 0-for-3 from long but made up for it with 15 points and 4 rebounds. Now, some of that can be accounted for by Georgia’s abysmal perimeter defense. But nonetheless, Vanderbilt showed a new plan on offense that they may be able to sustain if those 3-point threats stay hot. But without much scoring in the paint, they’ll need to.

Even if the Commodores can keep up this new approach on offense, they’ll need to improve on the other side of the ball to have any postseason prospects down the line. Vanderbilt’s adjusted defensive efficiency is third worst in the SEC behind only Missouri and South Carolina per KenPom. They’re also only forcing turnovers on 16% of defensive possessions, ranking 13th in the conference and 323rd nationally. Despite the 3-3 start, the Commodores haven’t held any of their SEC opponents under 77 points yet.

Even against Georgia, Vanderbilt’s perimeter defense wasn’t much better than their opponents. They forced 12 turnovers, a number that could’ve been higher given the lackadaisical pace of the Bulldogs’ offense. Ezra Manjon had one big moment where he stole the ball off Terry Roberts and took it the other way for a dunk. That’s the kind of intensity that Vanderbilt will need to show more often to stop some of these top teams.

Keeping up with the best

While it seems like Vanderbilt deserves a break after such a difficult two-week stretch, they unfortunately aren’t getting one. The Commodores’ next three games are against perennial powerhouse Kentucky, on the road against a 5-1-in-the-SEC Texas A&M team and against Alabama again in Tuscaloosa. Even one win out of those three games would be a substantial accomplishment.

However, the one thing Vanderbilt has shown all year long is their ability to hang around in games against almost anybody. Basketball is a results-based industry, but consistently keeping games close certainly boosts the Commodores’ resume for a potential NIT bid or — albeit a longshot — an at-large spot in the NCAA Tournament. With Robbins and Dort still out for a while, Vanderbilt will need to maintain the intensity and energy they showed on Saturday to stay in these next few games and hope to pull off an upset or two. In a worst-case scenario, this next stretch will leave them discouraged. But with their ability to frustrate the best of the best, Vanderbilt has undeniably shown a lot of progress.

The Commodores will aim for another signature Memorial Magic win against Kentucky this Tuesday night at 8 p.m. CST.