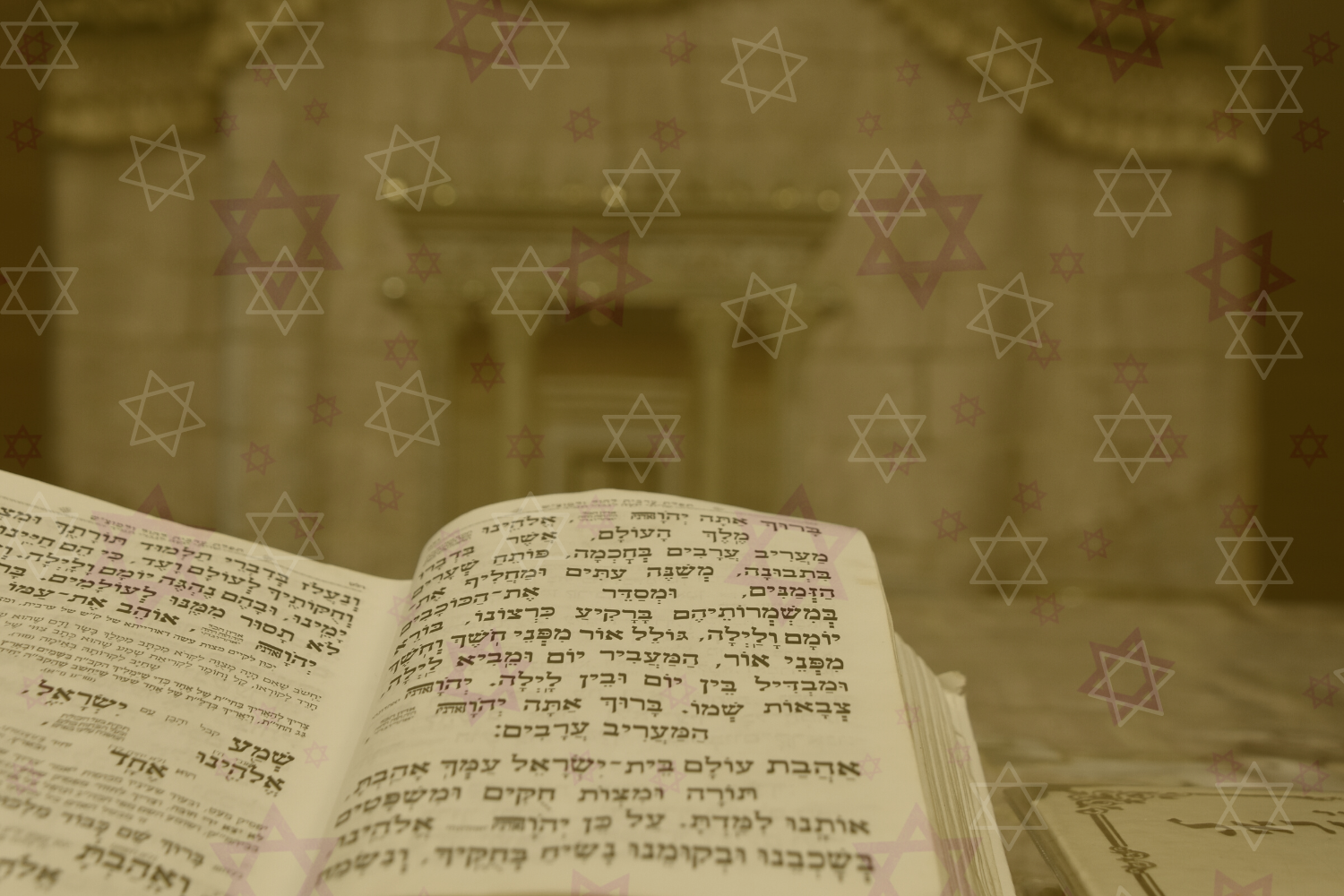 Vanderbilt, when will you take the steps necessary to educate your students, staff and faculty on discrimination of all forms and include antisemitism in the conversation?

Three years since my first encounter with antisemitism, I am exhausted. I have been threatened with death, rape and isolation. Every aspect of my Jewish identity has been called into question.

Growing up, I never had to doubt my Judaism. I had friends who attended Hebrew schools and others who went to Christian camps; I attended Diwali festivals with some of my best friends and learned how to Irish step dance for the high school Multicultural Fair. My identity did not limit my life or infringe upon my ability to participate fully in social or educational spaces.

That changed immediately when I came to college. My first-year year roommate owed me $10 and said to grab the money out of her drawer. Since the cash was in all one dollar bills, I counted out loud to make sure that I took the right amount. About halfway through, she said, “Wait, recount that. I know how you Jews are with money.” Taken aback, I questioned the statement. She laughed and repeated herself. To her, it was no big deal, just a joke.

This student had never met a Jew before coming to Vanderbilt. Without ever interacting with a Jew, she believed many Jewish stereotypes. She made comments about the strong network of Jewish people in professional fields, including politics and research, claiming that we did not have to work as hard to get to schools like Vanderbilt as a result. The “Joke of the Day” written on our dorm whiteboard was often a Jewish joke. This situation was problematic but not unique.

The other Jewish students on the floor received similar comments from floormates. Ignorance permeated all conversations surrounding Judaism. These are ideas with which students arrive at Vanderbilt, that professors perpetuate and that administrators fail to condemn. This lack of accountability exacerbates antisemitism and discrimination at Vanderbilt.

Administrators did not know how to respond to VSG’s statement in support of Palestine in May 2021. They told me that they couldn’t take action against antisemitism at Vanderbilt because they did not have a definition for it and asked me to define it for them. I thought that after subsequent discussions, the administration would finally have clear guidelines about what constitutes antisemitism, allowing them to combat it effectively. Still, the response is the same: “We’re working on it.” The results have been negligible. Antisemitism is still undefined at Vanderbilt over a year later.

It is important that our voices are heard loud and clear. We must be purposeful in defining our identity. Running scared and hiding is not the answer. It leads to assimilation and persecution. It is not our way. We are here, now, proud survivors of thousands of years of attempts to wipe us out.”

Over the High Holidays this year, these issues were magnified. In a letter that the Chabad Executive Board sent on Sept. 28 to the Chancellor, Dean of Students, Vice Chancellor of Equity, Diversity and Inclusion and other administrators, we detailed some of our key concerns—namely, Jewish students were not supported in their decision to celebrate the holidays that hundreds of generations before us have fought so hard to maintain. Why is it acceptable that Jewish students are taunted by professors and other students for requesting to celebrate a Holy Day? Or that these religious absences are not excused by professors? Or that the answer to the request is a no, followed by mockingly greeting Jewish students with “Shalom”? By not allowing Jewish students to take midterms scheduled on High Holidays on a different day, professors and administrators are making Jewish students choose between academic success and religious observance. Let’s not pretend, even for a second, that anyone would consider scheduling anything on Christmas. For a university committed to equality, the lack of support is prominent. It sends a clear message to its Jewish students, who comprise around 15% of the student body: You are not welcome, we don’t care, figure it out yourself.

To my fellow Jewish students, I strongly encourage you not to give up fighting against this discrimination and antisemitism. If you have ever spoken up, I commend you. It is important that our voices are heard loud and clear. We must be purposeful in defining our identity. Running scared and hiding is not the answer. It leads to assimilation and persecution. It is not our way. We are here, now, proud survivors of thousands of years of attempts to wipe us out. Jewish students need to come together as a community to create lasting change.

Now, especially with the media highlighting the significant rise in antisemitism over the past decade, it is unacceptable to have a university-paid staff member support Ye’s recent comments, which have been openly antisemitic and discriminatory. It is outrageous that no action was taken to remove Dan Jackson from his coaching position—even if temporarily—until three days after the incident. To claim ignorance about the relationship of Ye’s words to his antisemitic conspiracy theories is nonsense. A lack of education may lead to ignorance, but it is not an excuse for antisemitism.

I have been a Jewish leader on this campus for three years, first as President of ‘Dores for Israel and then as President of Chabad, and I am appalled by the university’s lack of action time and time again. At this point, I have mastered the “Dear Vanderbilt administration” email introduction and the two-page layout of transgressions by students, faculty and staff against the Jewish community. It should not fall upon students to deal with repeated discrimination from leaders in our community. It should not take public pressure to get a response from the administration, and that response should be something more than releasing a blanket statement with no measurable effects.

It is not difficult. Create religious accommodations, define antisemitism and consequences for expressions of it and educate your students, faculty and staff through classes, discussions, panels and programs like Vanderbilt Visions.

We should not have to be anti-antisemitism. We just want to be Jewish.

The Vanderbilt Hustler welcomes and encourages readers to engage with content and express opinions through the comment sections on our website and social media platforms. The Hustler reserves the right to remove comments that contain vulgarity, hate speech, personal attacks or that appear to be spam, commercial promotion or impersonation. The comment sections are moderated by our Editor-in-Chief, Rachael Perrotta, and our Social Media Director, Chloe Postlewaite. You can reach them at [email protected] and [email protected]
All The Vanderbilt Hustler picks Reader picks Sort: Newest
Subscribe
Login
3 Comments
Newest
Oldest Most Voted
Inline Feedbacks
View all comments
P
Paul Kurtz

As a proud holder of two Vanderbilt degrees (A 68; L 72) and as somebody who has spent most of my life on three different college campuses, I am angered by the refusal of the powers that be to react more forcefully on the blatant anti-Semitism displayed recently on our campus. The notion that “we don’t know what anti-Semitism is” is baloney. This stuff has to be addressed and quickly. I taught constitutional law for a long time. I know what freedom of expression means. I also know that words have consequences.

The continued silence of Coach Lea, AD Lee and Chancellor Diermeier is a profound moral failure. Every passing day of their silence increases the anger I feel about this shanda. It is an embarrassment to the university I love so much.
After Kanye West, after Kyrie Irving, after Pittsburgh (yes, it’s all connected), after Charlottesville (“Jews will not replace us”), after so many damn things over so many decades, I’m beyond upset. Sometimes I look at my four beautiful grandchildren, all under the age 5, and think of how many just like them were thrown in the air and impaled on a bayonet, or had there heads bashed against a tree trunk, or walked into the showers and never walked out. I’m going to stop here because my rage is getting the best of me.

Thank you Ester, for standing for Jewish community!!!