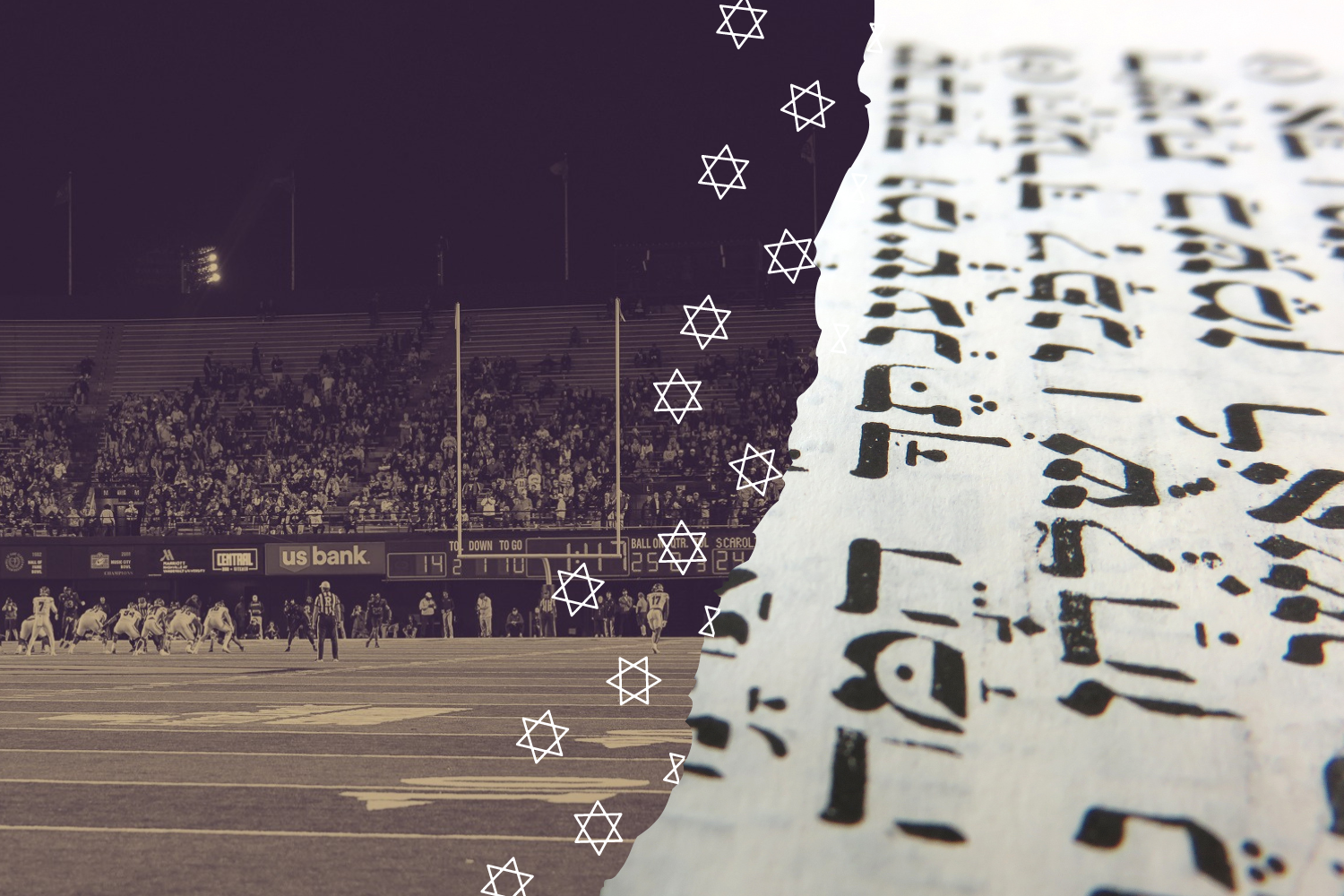 Coach Jackson’s antisemitic comments aren’t an anomaly. They’re part of a terrifying pattern of hatred against Jews on college campuses.

“Kanye is two steps ahead of everyone.”

Those are the words of Vanderbilt football assistant coach Dan Jackson, who recently took to Facebook to defend the rapper Ye’s recent comments—which have included a campaign of antisemitic hate speech among other discriminatory comments. Jackson’s post accuses people of silencing Ye and encourages readers to “wake up and speak their minds,” the sort of rhetoric that only a few years ago would cause shock and disbelief. So why am I not the least bit surprised to hear about it?

Ye’s heinous and repeated remarks toward Jewish people have reawakened national conversation about antisemitism. Celebrities and politicians have taken to Twitter to express their disgust toward Ye’s comments. The New York Times even published extensive features about the implications of Ye’s antisemitic rants.

These responses make sense; when something as vile as antisemitism starts to take root in our culture, Americans should naturally react intensely. After all, we are taught about the Holocaust and the horrific dangers of ignoring antisemitism; we echo “never forget” and “never again” like mantras. Here’s where things get confusing, though: antisemitic incidents have been on the rise for years with barely any non-Jews paying attention. Besides a brief and overlooked article here and there, attacks on rabbis in New York or antisemitic graffiti in Florida have never been enough to pique the nation’s interest. Only when a popular, controversial celebrity decides to take up antisemitic rhetoric do most Americans find it worth their time to pay attention.

Ye has unleashed a wave of antisemitism so big that it has taken over the internet. How long until it takes over the rest of our lives?”

Jackson’s Facebook post might be surprising to some in the Vanderbilt community, but it shouldn’t be. Jewish students in America know that college campuses have been hotbeds of antisemitism for a long time. In 2016, a note reading “Gas Jews Die” was placed behind the mezuzah of a Jewish professor at Oberlin College. In 2018, Cornell’s campus was vandalized with multiple swastikas. Even Vanderbilt itself has a recent history of multiple accusations of antisemitism. Google any recent year along with the terms “antisemitism” and “college campuses,” and you will find horrific stories of Jew-hatred; yet non-Jews will recognize few, if any, of them.

Antisemitism on campus can manifest in many ways. Besides openly hateful attacks, campus antisemitism often incorporates itself into the culture of academic institutions. These more subtle manifestations usually hide under the guise of so-called activism. Student groups at UC Berkeley Law sparked outrage in the Jewish community earlier this year amid reports that they had issued blanket bans on “Zionist” speakers, an especially concerning development given that Jewish college students are regularly assumed to be pro-Israel. Jewish students nationwide have also been called horrific slurs—including “apartheid enabler” and “baby killer”—for their perceived support of Israel.

Jews are used to the occasional antisemitic comment here and there. We grow up learning that we have been hated throughout history—it comes with the territory. Ye’s antisemitic rants, however, scare me in a way I have never been scared before. Scrolling through Twitter, I see hundreds of people defending his comments—and people defending Jackson’s support of Ye— under the guise of “free speech.” Other celebrities, like NBA player Kyrie Irving, are even following Ye’s lead by spreading antisemitic content. Ye’s words have inspired hate groups as well; a group recently hung a banner saying “Kanye is right” over a Los Angeles freeway and raised their arms in a Nazi salute above oncoming traffic. Ye has unleashed a wave of antisemitism so big that it has taken over the internet. How long until it takes over the rest of our lives?

I tell Jewish students to fear the worst and hope for the best. We are at the mercy of a culture that is increasingly turning against us.”

What’s happening right now makes me scared for all Jews in America. I fear most strongly, though, for Jewish college students like me. Many of us already feel ostracized and threatened on campus because of our faith. Ye’s actions allow antisemitism to slip further into the mainstream, justifying comments like Jackson’s. Ye allowed Jackson to express his offensive views comfortably under the guise of supporting free speech. As Ye and Irving now try to disguise their antisemitic beliefs as a form of Black activism—an affront to activists actually fighting for Black rights—there is an eerie similarity between their behavior and the behavior of campus groups that justify anti-Jewish hate speech by deeming it political advocacy. Influential celebrities adopting this tactic will only further encourage its use on college campuses across the country.

Antisemitism is nothing new; it is as old as Judaism itself. For as long as the Jewish people have existed, there have been people who want to hurt us, kill us or silence us. Antisemitism, however, is embedding itself into our culture in a way we have not seen in a long time. The consequences will be felt by every Jew in America. We will all have to look over our shoulders more, endure more hateful comments and fear more for our lives when we go to pray. We college students, though, will also have to face the depressing reality that we are slowly being ostracized from our own campus communities.

I wish I could be optimistic. Instead, I tell Jewish students to fear the worst and hope for the best. We are at the mercy of a culture that is increasingly turning against us. As much as we wish we could, we can never forget that.

The Vanderbilt Hustler welcomes and encourages readers to engage with content and express opinions through the comment sections on our website and social media platforms. The Hustler reserves the right to remove comments that contain vulgarity, hate speech, personal attacks or that appear to be spam, commercial promotion or impersonation. The comment sections are moderated by our Editor-in-Chief, Rachael Perrotta, and our Social Media Director, Chloe Postlewaite. You can reach them at rach[email protected] and [email protected]
All The Vanderbilt Hustler picks Reader picks Sort: Newest
Subscribe
Login
4 Comments
Newest
Oldest Most Voted
Inline Feedbacks
View all comments
A
anonymous

As a Jewish student on campus, I feel like your language normalizes antisemitism. It is not something that should come with the territory. We should be working with everyone on campus to create a safe and welcoming environment. Instilling fear in Jewish students is not the way to go. Inspire them to come together and act instead.

It is absolutely insane that Dan Jackson was allowed to represent the university in the sideline. I’m not saying he needed to be fired on the spot, but that decision should come after a proper investigation…while he is banned from campus.

At worst he’s an anti-Semite. At best he just has horrific judgement. Either way it’s pathetic that he continues to wear hood and black.

PS his apology was a joke. “I didn’t mean it means “I got caught”.

the headline kind of sounds like a threat.. but yes the coach should absolutely be fired this is outrageous

Threat or statement of a fact?