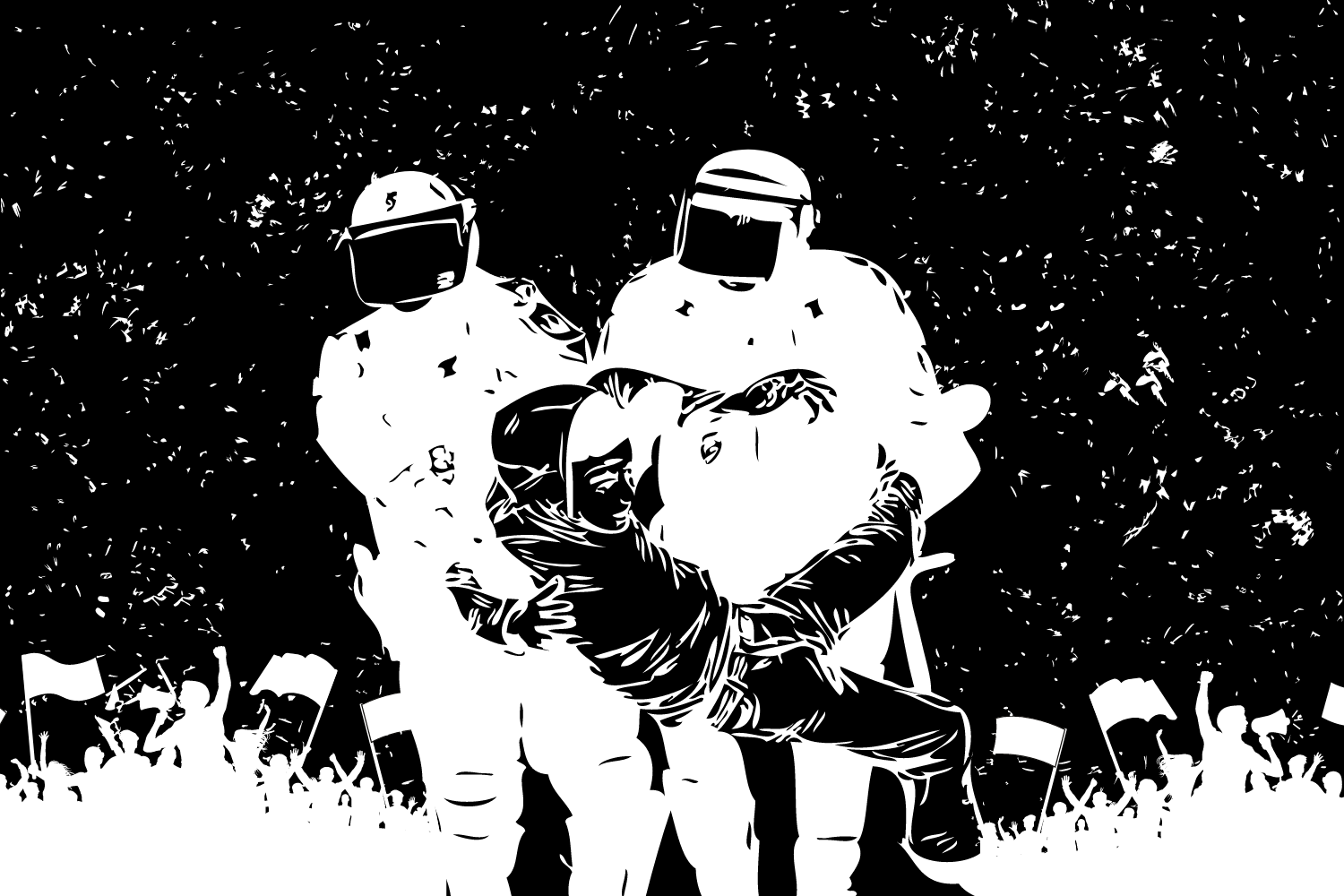 GUEST EDITORIAL: America has normalized violence toward the Black community

What will it take for Black humanity to be valued? Black Americans have already assimilated, integrated and changed their way of life for acceptance from people who simply don’t want to see them exist.

On May 14, 2022, Payton Gendron, an 18-year-old, white teenager opened fire on a predominantly Black grocery store in Buffalo, New York. He shot 13 individuals, 11 of whom were Black.

Domestic terrorism directed toward Black Americans is, at this point, harrowingly unsurprising. What was shocking about this incident was that the shooter had planned this heinous deed for months—and live-streamed his shooting spree on Twitch, an interactive live-streaming service for gaming and entertainment. It is an uncomfortable case for many to reckon with because the shooter was so blatantly overt in choosing who to target. During his live stream, he apologized to a white man seen hiding behind a cash register, then proceeded to kill ten victims—all of whom were Black—and wounded another three. Despite evidence that Gendron is a white supremacist, the media and law enforcement treated him with kid gloves, failing to hold him responsible for his actions by using the COVID-19 pandemic and his subsequent isolation as an excuse for his actions. The semiautomatic rifle that Gendron used was purchased legally, although he also made illegal modifications to it prior to the shooting. Law enforcement additionally found a shotgun and rifle in his car. While this attack is being painted as an act of “racially-motivated, violent extremism,” it is yet another case of domestic terrorism in America and should be treated as such. Gendron was clear on his motive, he wanted to prevent “eliminating the White race.”

It is no secret that hate crimes have become endemic to American culture. These violent and abhorrent acts go hand in hand with protecting and enabling white supremacy. Today, Black Americans grow up expecting to suffer and face some form of violence during their lifetimes. For instance, Black men comprise about 13% of the male population but make up 35% of those incarcerated. For white men, 1 in 17 will be incarcerated at some point in their lives. For Latino men, it’s 1 in 6. For Black men, it’s every 1 in 3. Black men are stereotyped as violent and aggressive despite being the constant victims of domestic terrorism.

It should not be normal to constantly see headlines telling of violence directed toward Black Americans.”

To talk about this violence without mentioning socioeconomics is to fail to comprehend the depth of the issue at hand. The Black community has the highest unemployment rate in the U.S., struggles to get access to healthcare and faces crumbling infrastructure in its neighborhoods. Because this has gone on for decades in predominantly Black neighborhoods, it’s not seen as an urgent issue. In many ways, Black neighborhoods have become synonymous with a poor quality of life.

Violence against the Black community is not only physical but also structural. Take the water crisis in Flint, Michigan, which has been affecting the predominantly Black community since 2014. More recently, Jackson, Mississippi—another predominantly-Black community—is experiencing a water crisis that has failed to be addressed adequately by the local, state and national government alike. Often forgotten and not seen as an act of overt violence, lack of access to clean drinking water and other fundamental human necessities is violence. The crisis in Flint has gone on for so long that the water crisis is seen as “normal.” This situation is a horrible reality. It should never be looked at as “normal” and ignored.

The normalization of violence toward Black Americans makes it difficult to hold white supremacists accountable for their actions. Some media outlets champion these White supremacists and shine a positive spotlight on them. This behavior only enables people like Gendron to break the law. Take the Kyle Rittenhouse case, for example. Despite the outcome of his verdict, everything about what he did was wrong. Rittenhouse shot three men at a rally against injustice that was organized in solidarity with Jacob Blake, a local victim of police brutality who was shot and left paralyzed by a white police officer. Two of the three people he shot died, yet Rittenhouse was acquitted of all charges. Despite his acquittal, Rittenhouse was wrong. That being said, right-wing media powerhouses like  Tucker Carlson championed his actions and excused what he did. This reality is even worse for victims who are Black women, who gain even less media traction than victims who are Black men. #SayHerName trended after 26-year-old Breonna Taylor was fatally shot in her home. While Taylor received media attention, the majority of women who are victims don’t. That’s why the hashtag was so important – it shined a spotlight on the fact that Black women often aren’t seen in the media.

Regardless of the situation, American society always finds a way to normalize and turn a blind eye toward senseless acts of hate directed toward Black Americans. The most prominent example of this behavior is police brutality. Following the deaths of Trayvon Martin, Philando Castile and even George Floyd, while many called attention to the wrongful deaths of these victims, millions of Americans rallied to defend the killers and the police.

The origins of this policing can be traced back to slave patrols. The mission of slave patrols was to establish a system of terror, keep slave uprisings in check and return runaway slaves. In essence, they constituted a system to protect white supremacy. When it comes to violence against Black life, there is always some excuse presented to maintain white supremacy and to ignore that violence. The reality is that white supremacy does not need to be defended by individual citizens: It has already permeated our justice system and has been normalized and protected within the bounds of the law.

As Vanderbilt students, let’s do our best to think about the positions and spaces we occupy in America. How are we contributing to change or standing in the way of change that needs to take place? ”

Following slavery, America was never truly forced to reckon with the way they treated Black Americans. While many believe that the Civil Rights Movement solved the issues Black Americans faced, this idea is misleading. The movement certainly brought significant progress for Black Americans, but it ended before the goals of leaders like Malcolm X, Dr. King and Whitney Young could be realized. Today, we are beginning to talk about what it means to be Black in America. We’re just starting to understand the repercussions of slavery and the true legacy of the Reconstruction era. But even as these conversations are getting off the ground, there are many who stand in opposition to these critical topics being discussed.

As Vanderbilt students, let’s do our best to think about the positions and spaces we occupy in America. How are we contributing to change or standing in the way of change that needs to take place? It should not be normal to constantly see headlines telling of violence directed toward Black Americans. What will it take for Black humanity to be valued? Black Americans have already assimilated, integrated and changed their way of life for acceptance from people who simply don’t want to see them exist.