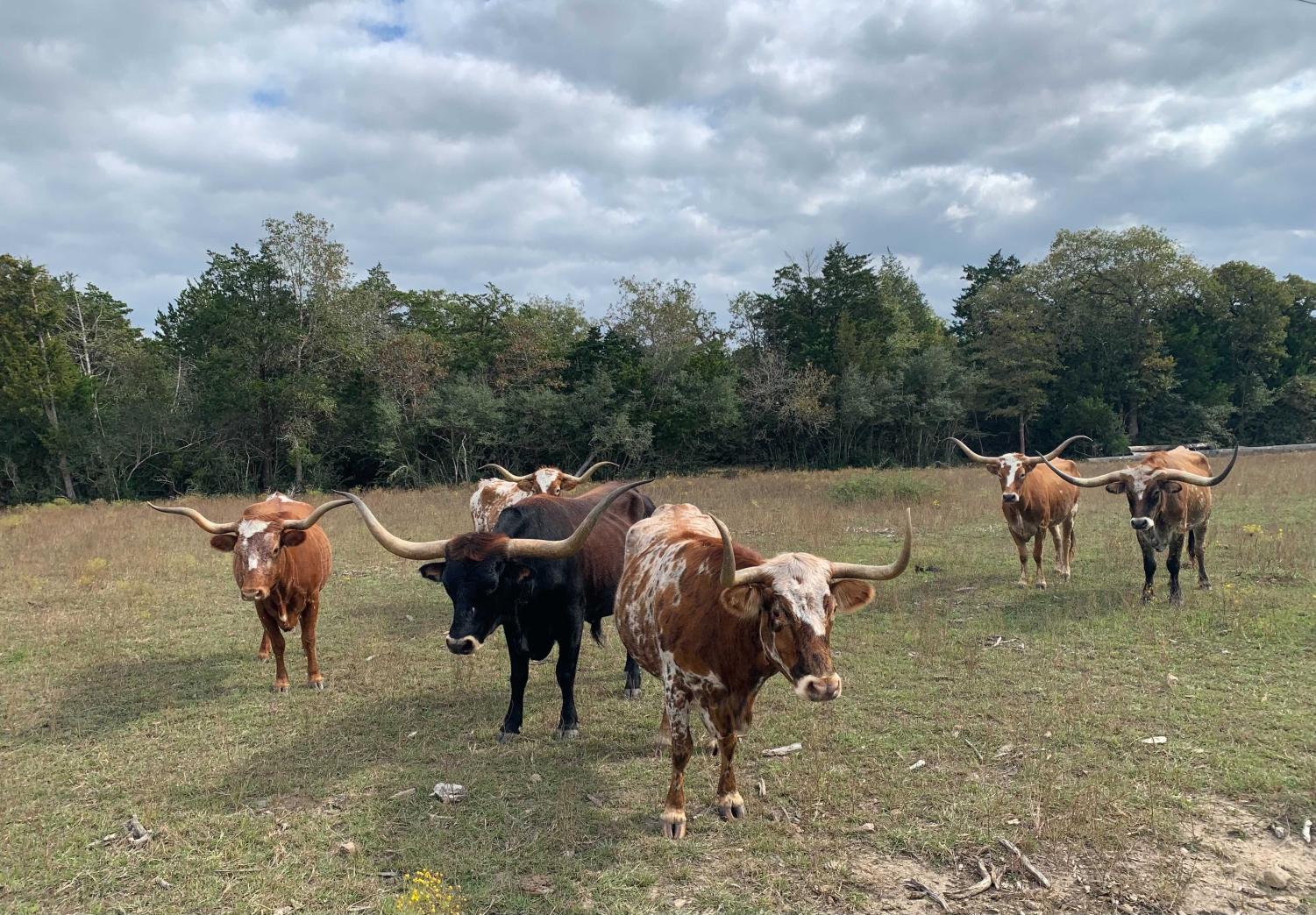 As an international student, when Thanksgiving break rolled around I found myself accompanying a friend home to Texas, surprised at how much (and how little) I knew about the state was accurate.

During winter break, distressed by the news of the upcoming pandemic-induced changes to our spring semester, I reminisced fondly on my fall semester at Vanderbilt. The memory at the forefront of my mind was Thanksgiving break, a unique experience for international students such as myself.

A whopping 10.4 percent of the Class of 2025 are international, amounting to a population of 169 students who are burdened with the terrifying task of acclimating to American society. I proudly contribute to this statistic, as one of the four students who endured the 18-hour journey from Turkey this year.

One of the many important responsibilities of an international student is finding a place to stay for Thanksgiving break, especially because most of us are unable to go home for such a short break. Staying on campus is an option, but I’d rather not be lonely when everyone is with their families.

So this Thanksgiving, I found myself a home in both Houston and Roundtop Texas, thanks to the considerate invitation of my friend and his wonderful family. And let me tell you, as evident from the abundant Texas memorabilia I now have in my dorm room, I had the time of my life.

The classic Texan stereotypes were pretty much all I knew about the Lone Star State pre-Thanksgiving: guns, Christians, hardcore state pride and huge stretches of land. I assumed these stereotypes would not be entirely accurate, but truly had no cultural context for my trip.

Let me start with the one aspect of American culture that I have never quite understood, a sentiment I’m sure most foreigners share: guns. I had never even held a gun in my life, let alone shoot one. After spending just ten days in Texas, I had shot dozens of clay pigeons and could reload a gun without injuring myself and everyone in my vicinity.

Gun laws in Turkey are restrictive; semi-automatic and automatic rifles are entirely prohibited for civilian use. Purchasing firearms requires a mandatory background check and a legitimate reason for purchase. Owning a gun for home protection or hunting is fairly common but there is no “culture” surrounding gun ownership like there is in the US.

As a Turk who is very pro-gun control, I was hesitant to shoot a gun. The last thing I expected was for it to be fun. While shooting clay pigeons did little to change my attitude towards gun ownership, it definitely piqued my interest in how we can best use guns for sport or hobby while making sure that we use them safely and responsibly.

Shooting clay pigeons was the highlight of my trip, but every time I saw a sign that stated carrying firearms into buildings was permitted, I remembered the absurdity of the situation. It was a conflicting experience, to say the least.

Another quintessential American moment was the three-hour road trip we took to see a high school football game—an American football game that is, because I refuse to call football “soccer.” I still don’t understand why “football” refers to a sport that is played almost entirely with your hands.

Our road trip in and of itself was uniquely American too, filled with country songs and a taste test of the unhealthiest food we could get from a Buc-ee’s (apparently a very Texan experience). After we arrived at the game, I spent the next three hours imitating the announcer’s amazing Southern drawl, noticing that cheerleading is kind of weird and deciding that watching American football could actually be kind of fun if it were not for the unnecessarily long runtime.

Yes, I concede that American football is exciting when you start noticing the elaborate strategies and athleticism required to pull off what happens on the field. But, I do not know how to react to cheerleading. I’ve never been exposed to this sport back home and believe it is a uniquely American concept. I find myself confused over the intent of the sport, and whether it empowers or demeans women.

The experience made me think about all the other differences in sporting rituals between countries. In Turkey, everything related to cheering and chanting is left to the fans, while in the US you have cheerleaders, marching bands and mascots. This reflects a larger cultural phenomenon within the US of turning everything into a “show.” I have admittedly quite enjoyed this aspect of American culture, but have found it unnecessary at times.

Speaking of sports, another highlight of my Thanksgiving experience was… golf! Golf is not really that popular in Turkey and if you do hear of someone who plays golf, it’s safe to assume they are a part of the one percent. So going to Top Golf twice—and considering going a third time—was pretty cool, especially when I missed the ball more times than I’d like to admit. I did get the highest point on every round, however!

Top Golf is another great example of the “show” phenomenon I mentioned. A simple game of golf is decorated and painted into a show, an event: the American way—and I’m not complaining.

My Texas trip was full of fun, new moments, like trying Blue Bell ice cream and Whataburger for the first time, or playing hide-and-seek on ATV’s on a ranch while being chased by cows and donkeys (don’t ask). However, my experience also meant dealing with a few unsurprising microaggressions.

I have mastered the art of ignoring ignorant comments towards my country, especially if I know the person who makes the comment did not mean to be offensive, a common experience amongst international students. Examples of this are surprisingly rare but not unheard of on Vandy’s campus, such as being told on multiple occasions that women are apparently oppressed in Turkey—no question in sight. People who do not know my home feel that they have the right to tell me everything that is wrong with it. I am not arguing that my country is above criticism, but it is insensitive to state such a thing to a person who comes from said country as if it’s fact.

Some microaggressions are harder to ignore than others. I was dubbed “the less fortunate one” by someone I’d just met as a joke, one I did not laugh at. I was talking about a Muslim holiday celebrated in Turkey, Eid al-Adha, in response to someone asking whether there existed a holiday similar to Thanksgiving back home. I explained how, per religious requirements, a majority of the meat acquired from a ritually slaughtered animal is donated to “those less fortunate than us.” Someone joked how the donation part did not exist in the US, which was admittedly funny. Someone else, however, decided to add to the joke by stating how I was the less fortunate one in that situation and they were donating their food to me. I decided to let the comment slide but certainly didn’t share in the ensuing laughter.

There were more than a few similar instances of microaggressions and insensitive comments in Texas, but I truthfully did not care. This trip actually convinced me that the concept of Southern hospitality exists and I felt welcomed enough to not give such comments a second thought. Everyone I met was interested in what I had to say and instantly made me feel like I am part of the family, something I appreciated as a student away from his own.

In general, I would sum up my Texan experience as a week full of creating amazing memories with friends I love and a family that I am eternally grateful to for welcoming me into their home (and ranch). I met a stereotypically Texan man who proudly referred to himself as the General American Public and he was actually a pretty fun guy. I tried new food, shot some guns and stood my ground against a few condescending remarks about Turkey. I had the time of my life, changed my perspective on what Texans are usually like and affirmed some suspicions as well.

As international students living in the South, we are in a unique situation. I love Vanderbilt but it is not an accurate representation of where we are. I sometimes joke about how I live in Vanderbilt, not Tennessee. As important as it is for American students to attempt to get to know our background and culture, it is just as important for us to attempt to get to know theirs. This Texas trip taught me that many people have unfounded opinions about Turkey and I’m sure many international students have experienced the same. What I also learned, however, is that the opposite is also true: culture is a two-way street. And we need to meet in the middle.

The Vanderbilt Hustler welcomes and encourages readers to engage with content and express opinions through the comment sections on our website and social media platforms. The Hustler reserves the right to remove comments that contain vulgarity, hate speech, personal attacks or that appear to be spam, commercial promotion or impersonation. The comment sections are moderated by our Editor-in-Chief, Rachael Perrotta, and our Social Media Director, Chloe Postlewaite. You can reach them at [email protected] and [email protected]
All The Vanderbilt Hustler picks Reader picks Sort: Newest
Subscribe
Login
1 Comment
Newest
Oldest Most Voted
Inline Feedbacks
View all comments
G
Gönç Tez

You should try New Jersey lol.
Seriously, you are expected to visit sometime soon and write a similar article about the boring Jersey life and NYC. Can’t promise firearms but there is an axe range if you’d like 🙂