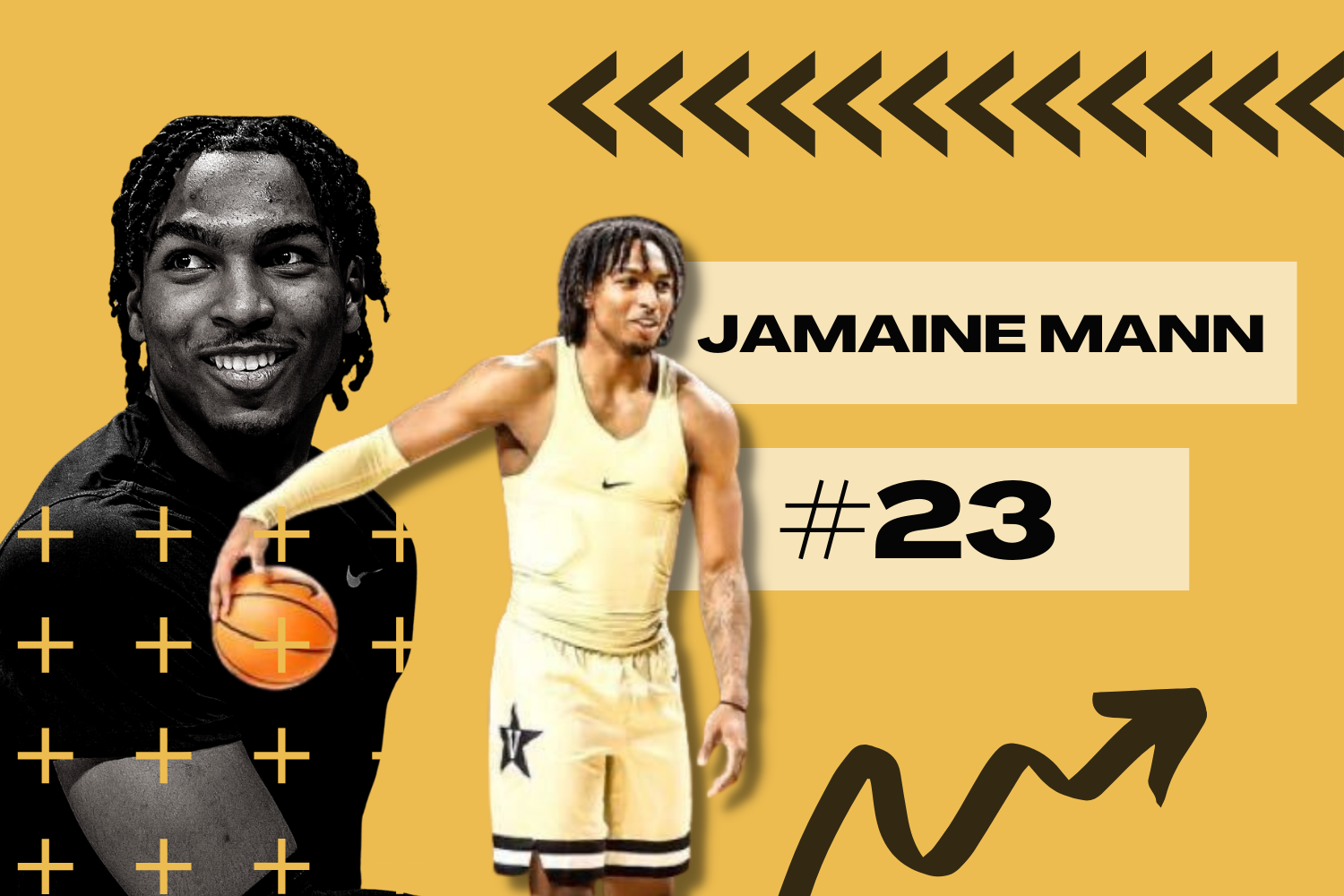 Jamaine Mann does everything he is asked, making him the ultimate Swiss Army knife for Vanderbilt

Jamaine Mann’s familiarity with transferring schools has helped him in embracing his crucial role in the Jerry Stackhouse system.

Confidence has always been in Jamaine Mann’s repertoire.

Maturity has led the sophomore transfer to remain poised and bring consistent effort and drive every day, which has helped Vanderbilt this season. Mann is coachable, gritty and an asset to Vanderbilt’s young locker room. He also is like a Swiss Army knife in that he has many different skills in his arsenal and will do anything asked to help his team improve. Mann came back from an injury on Saturday and scored nine points in a devastating 72-70 loss to South Carolina.

“I don’t think we have anybody like him,” head coach Jerry Stackhouse said. “He can actually shoot the 3 … He’s the strongest guy on the team, and if you lined him up in a 40-yard dash, he’s probably top three or four with speed.”

Before coming to West End in August, Mann spent his first year of college in Boiling Springs, North Carolina, at Gardner-Webb University. The 6’6” forward from Georgia made an impact on the court for Gardner-Webb right from the get-go. He averaged 6.8 points and 5.3 rebounds per game while shooting 51.6 percent from the field.

Mann started 10 games as a freshman for the Bulldogs and made the most of his opportunity as a starter in February 2020. After a week of his first career starts, he was honored with the Big South freshman of the week award thanks to averaging 11.5 points, 10.5 rebounds and shooting 53.8 percent from the floor. Most notably, he scored 12 points, converting on 8 of 10 free throws and racking up 12 rebounds in a 59-53 victory over Presbyterian.

A few months after the college basketball season came to an end, Mann entered the transfer portal, and an SEC team with a promising young core of student-athletes quickly offered Mann an opportunity to fill their last remaining scholarship. That school was Vanderbilt University, and Mann was ready to help rejuvenate a winning environment as a Commodore. Vanderbilt associate head coach Michael Curry and head coach Jerry Stackhouse were impressed with Mann’s film from high school and college, convinced that he had the work ethic, athleticism and skill of an SEC athlete.

“The transition has been really competitive,” Mann told The Hustler. “I felt like where I was, I had a decent year … I just trusted in God and after my freshman year I believed I was ready to make that jump [Gardner-Webb to Vanderbilt].”

Mann knew he was ready for the challenge at Vanderbilt. Just two years before arriving in Nashville, he was one of the highest ranked basketball players in Georgia.

Mann began his high school basketball career at ​​Eagle’s Landing Christian Academy. His two-year stint at Eagle’s Landing Christian Academy featured a remarkable sophomore season, during which he averaged 10.6 points, 7.8 assists and 1.9 steals per game. His impeccable season led to an opportunity to help head coach Charlemagne Gibbons bring a championship to his program at Starr’s Mill High School. At one point during his junior year at Starr’s Mill High School, Mann was ranked as high as No. 79 in the national rankings. The talented phenom transferred to Dutchtown High School after his junior year and averaged 17.4 points per game in his senior season. Mann’s high school career ended with a Georgia Class 5A state championship trophy and a commanding 28-4 record at Dutchtown High School.

“I felt like where I was, I had a really decent freshman year and I had a couple of games where I played really well,” Mann said. “I felt that my talents were ready to move up to the next level.”

Transitioning into a new locker room has become natural for Mann. Since 2018, Mann has played for five different coaches, but he remains focused on being the best student-athlete and teammate possible. Vanderbilt’s 2021-22 season began without transfer Liam Robbins due to a foot injury. Highly touted guard Rodney Chatman was set to help Vanderbilt’s backcourt right away, but a knee injury in November put Chatman out of commission for the first half of the season.

“Next man up has always been the mentality of everybody in this team,” Mann said. “We got me and Terren Frank coming in as sophomores and I just think we’re really deep.”

Mann has embraced the next-man-up mentality, taking advantage of every second he has been on the court. In Vanderbilt’s season opener against Alabama State, Mann finished the night with 15 points, an 80-percent field goal percentage, 10 rebounds and two steals. In the 18 minutes per game Mann has averaged this season, he has scored 6.3 points and grabbed 4.8 rebounds per game. His role has been integral for the Commodores’ success so far this season. Although the sophomore has a plethora of past experiences at his disposal, the veteran leadership on this team has helped him improve into the player he is today.

“You need to bring it every day. There are really no day-off practices. Jordan Wright and Scotty Pippen Jr. are good older guys because they really help the offense,” Mann said when asked what makes this team special. “They just push everybody. When you mess up, they will get on you. It’s just tough love, like from an older brother.”

Mann is becoming a calm, leader-like presence on the court himself. He always shows high effort and prioritizes ball security when he’s on the floor. In Vanderbilt’s first December home game, Mann scored 15 points, forced a steal and recorded six rebounds in a 72-68 overtime loss to Temple. And after missing a handful of games due to injury, he reminded Commodore fans of his importance to Vanderbilt’s bench unit moving forward.