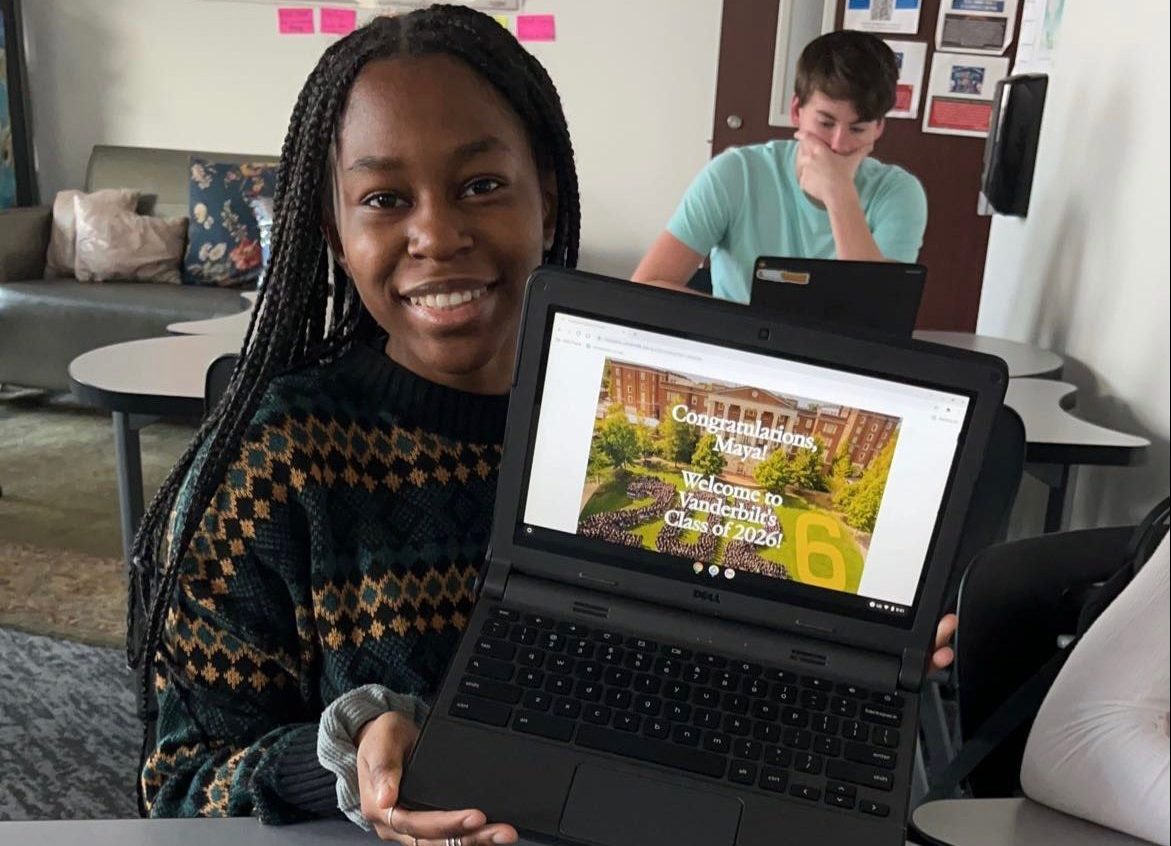 Out of approximately 2,700 applicants, around 650 students were admitted via early decision I on Dec. 15 at 5 p.m. CST, while some applicants were deferred to the regular decision pool for the first time in Vanderbilt's history.

UPDATED: This story was updated on Dec. 18, 2021, at 12:46 p.m. CST to include additional information regarding Brown University, Cornell University and Washington University in St. Louis’s admissions statistics.

Around 650 students were admitted to Vanderbilt’s Class of 2026 through the first early decision cycle on Dec. 15 at approximately 5 p.m. CST. Out of around 2,700 applicants, 24.1% were accepted.

Historically, Vanderbilt publishes combined admissions data for EDI and early decision II in mid-February, a practice that Christiansen said gives a more complete picture of the ED pool. The EDI admission rate was not published separately for the Class of 2025.

Under EDI and EDII, the university accepted a total of 914 students into the Class of 2025 out of 5,049 applicants. If this trend holds for the incoming class, less than 300 students will likely be admitted via EDII out of an estimated remaining 2,349 applicants.

Per Christiansen, this application cycle is the first time the university deferred some ED applicants to RD, a procedure most schools that offer ED use. He said in an email to The Hustler that the university plans to continue deferring ED students in the future.

“Something new this year we are doing is deferring a small subset of early decision students to regular if they will be competitive in the regular decision round,” Christiansen said. “We’ll continue to evaluate them and go where the applicant pool takes us.”

Thirty QuestBridge Scholars were also admitted to Vanderbilt’s incoming class on Match Day, which annually occurs on Dec. 1. These students are included in the approximate 650 applicants who were accepted via EDI. The QuestBridge National College Match Program offers accomplished students from low-income backgrounds full scholarships to select four-year institutions in the U.S., including Vanderbilt. Christiansen said that more statistics regarding QuestBridge admissions will be released later in the academic year, as more QuestBridge Scholars will be admitted via EDII and RD.

Washington University in St. Louis, which is tied at No. 14 with Vanderbilt on the U.S. News Best Colleges list, released EDI decisions on Dec. 9 but has yet to publish admission statistics. Last year, they released admissions statistics after RD decisions were announced in late March.

Brown University, also tied with WashU and Vanderbilt at No. 14, admitted 896 students via ED out of their largest ED applicant pool to date, with an acceptance rate of 14.6%.

Dartmouth College, ranked 13 on the list, admitted 530 ED applicants to the Class of 2026, with an acceptance rate of 19.9%. Rice University, tied at No. 17 with Cornell University, had a 22% ED acceptance rate, admitting 440 students. Cornell released its ED decisions on Dec. 13 but publishes admission statistics only after the complete admissions cycle is over.

Brown, Dartmouth, Rice and Cornell only offer one cycle of ED, in contrast to Vanderbilt and WashU.

Vanderbilt’s Office of Undergraduate Admissions encouraged admitted students to join the Vanderbilt Admitted Student Community on its social media. Per the post, students can find more information about this online platform on their MyAppVU portal.

Max Perry, an incoming member of the Class of 2026 from Union, Kentucky, plans to major in political science on the pre-law track. He explained that Vanderbilt has been on his radar since a young age as his uncle used to work at Vanderbilt and still lives in Nashville. He said he has “fallen in love” with Nashville and its surrounding areas and is specifically looking forward to revisiting Biscuit Love in the fall. He described how touring campus solidified his love for Vanderbilt, making particular note of feeling welcome as a Jewish student on campus.

Watching it [my reaction video] playback is definitely one of those things that I know I’m going to look back on forever,” Perry said. “Vanderbilt was THE school. I felt exactly at home.”

“The flexibility is really nice because I’m not 100% sure of what I want to do [in the future],” Mckinzie said. “I’m very driven toward my future goals and I want to be around like-minded people who are driven toward those goals but who also want to enjoy those four years as much as possible.”

Like Perry, Mckinzie said she is excited for a fresh start in meeting new people from all over the country and the world and exploring the music and food scenes in Nashville.

Luke Balmer, an incoming secondary education major from Portland, Oregon, described the support he received during the QuestBridge application process and after receiving his acceptance.

“It was an initial shock, and then I jumped up and told everyone,” Balmer said. “I ran around the school telling the teachers who wrote my recommendation letters.”

He stated that he was originally drawn to Vanderbilt due to its secondary-education program. Once arriving on campus, Balmer said he is looking forward to exploring Vanderbilt’s green space, making lasting connections on Commons and going to concerts in greater Nashville.

“I can definitely imagine going out on the lawns and just walking through campus,” Balmer said.

Viranda Kwok, a recent QuestBridge acceptee into Vanderbilt’s School of Engineering from Tulsa, Oklahoma, said she has always been interested in engineering and is excited to pursue that passion at Vanderbilt. She stated that Vanderbilt was one of her top choices, largely due to the different pace of life it offers compared to her hometown.

“I’m just excited to experience a new life. I’ve lived a very stereotypical suburban lifestyle and I just want to break out of it and see what else there is,” Kwok said. “I want to meet new people, see what it’s like to have roommates and barely know who they are, get lost on campus and then find a shortcut—I want to find all of the little things that make life more interesting.”

Maya Nachega, an incoming student from Roanoke, Texas, plans to major in biomedical engineering on the pre-med track. Similar to Kwok, she said she is excited to start a new chapter of her life at Vanderbilt and in Nashville.

“I’m most excited for something fresh and just being able to start my journey—it’s what I’ve been waiting to do for so long—to really make an impact on the world,” Nachega said. “It starts when I get to campus.”

She also said that Vanderbilt’s emphasis on interdisciplinary education was a major part of her decision to apply EDI, as she is interested in the intersection of engineering and medicine.

“I’m interested in bridging the divide between doctors who care for patients and engineers who seek ways to improve those methods of care,” Nachega said. “When I realized Vanderbilt had VISE (the Institute for Surgery and Engineering), I was like ‘this is it. This is what I was looking for in a school.’”

Daniela Aguilar, a Conyers, Georgia, native who was accepted as a QuestBridge Scholar and child studies major, said that Vanderbilt’s proximity to her hometown, its size and the prestige of Peabody College drew her to the university. She encouraged prospective students to look into the QuestBridge program during their application process.

“It’s a really good program and I feel like the QuestBridge application just gives so much more space to tell your story than CommonApp,” Aguilar said.

This piece will be updated as more information becomes available.