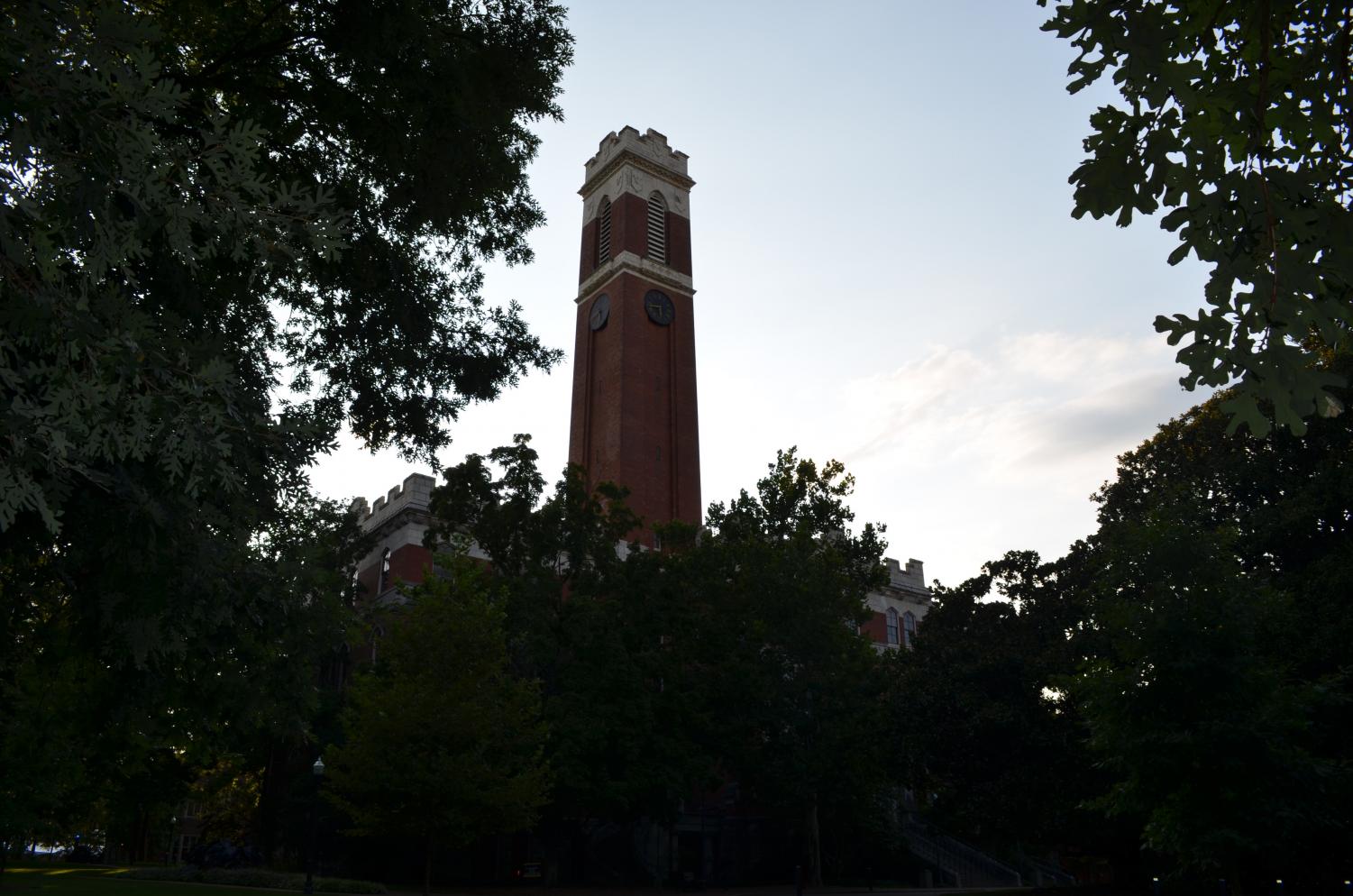 Olivia Hill, a transgender Vanderbilt employee, filed a lawsuit against Vanderbilt on Sept. 29, 2021, citing alleged workplace discrimination on the basis of sex, gender identity and disability.

Hill has held a variety of positions, including plant supervisor and acting plant manager, during her 25-year tenure at the Vanderbilt Power Plant. She was placed on administrative paid leave in December 2019, where she remains to date. Hill said she was diagnosed with gender dysphoria in late 2017, which qualifies her as a person with disabilities under Section 504 of the Rehabilitation Act of 1973 and the Americans with Disabilities Act of 1990.

The 28-page lawsuit alleges Hill faced “extensive,” “continuous” and “egregious” discriminatory incidents in 2019, particularly after she returned to work in May 2019 following her transition surgery. Hill and Abby Rubenfeld, one of her attorneys, said that these reported conditions culminated in an unsafe work environment and violated university non-discrimination policy.

“[Vanderbilt] claims to have all of these great policies on the treatment of LGBT staff and students, [but] Olivia is the first and only employee to actually transition while working there and they didn’t pass the test very well,”  Rubenfeld said.

However, Rob Nelson, former interim director of the Office of LGBTQI Life, said in emails to The Hustler that Hill was not the first employee to transition while working for the university.

“There have been many transgender people employed at Vanderbilt prior to 2018, when Ms. Hill transitioned,” Nelson’s email reads. “In bringing to light her complaint against the university, I do not want all the other transgender employees, like myself, to be erased. Transgender staff at Vanderbilt have supported students, taught classes, maintained facilities, cooked and served food—we have worked in all corners of the intuition for decades.”

A university statement emailed to The Hustler emphasized Vanderbilt’s commitment to inclusion and highlighted resources and guidelines they have implemented to foster a welcoming and accepting environment.

“Being recognized and accepted for who we are is essential to Vanderbilt’s teaching and learning mission,” a university statement emailed to The Hustler reads. “We take complaints to the university seriously as we continue to move forward in our commitment to foster an inclusive community. As a rule we generally do not discuss details of employment or pending legal matters in order to protect the privacy of the individuals involved.”

Hill said she was harassed by her co-workers after coming out as transgender to the Vanderbilt community in July 2018. She stated that some employees refused to accept her, several on religious grounds. Due to personal safety concerns following these alleged incidents, Hill said that she delayed her gender-affirming surgery by nine months to February 2019.

“In August 2018, Ms. Hill learned that her direct supervisor, Tim Cook, had been discussing her transition with engineers and contractors with whom she works, and was using terrible slurs to describe her, such as ‘it,’ ‘trans freak’ and ‘weirdo,’ among other names,” the lawsuit reads.

When Hill returned to work in May 2019 following her procedure, she claims that co-workers both avoided her and treated her differently. The lawsuit also alleges that some male workers refused to report to Hill as their boss.

“People would stop talking and leave when she walked into a room—none of which was addressed by her superiors,” the lawsuit reads. “Mr. Cook also treated her differently than before her transition by no longer inviting her to meetings for which she had always been included in the past and at which she should be present given her job responsibilities; he also intentionally withheld important information about equipment in the Plant.”

In response to Hill’s complaints about this reported discrimination, the lawsuit states that Petty told Hill to “‘leave her emotions at home and just do her job.’”

Per the lawsuit, Petty and other co-workers also allegedly refused to use Hill’s correct pronouns and name, calling her “sir” and by her deadname. It states that he criticized her appearance and asked intrusive questions regarding her hygiene. The lawsuit further details alleged harassment that Hill experienced.

“Ms. Hill was accosted at work by a salesman who pulled her close to him, looked down her shirt at her breasts and said, ‘you have pretty eyes,’” the lawsuit reads. “One of them [her co-workers] asked her if she was a virgin and whether he could be the first to ‘fuck her’ and ‘be the first to use her new vagina.’”

Hill additionally said she faced verbal sexism from her co-workers and supervisors, including comments that stereotyped women as being preoccupied with their appearance.

“It basically validates everything every single woman has spoken about for the past five to eight years,” Hill said. “To me, this is as much about women as it is about trans rights because the way they did me is wrong on both levels.”

The lawsuit also claims that the Plant has a single-stall, gender-neutral bathroom, but that it is often unavailable because it is frequently used as a breakroom. Hill attempted to reorient this bathroom into a facility for women but was shot down, per the lawsuit.

“In November 2019, Ms. Hill asked Mr. Cook and Mr. Lampley if she could make it [the single-stall bathroom] a bathroom for women and control room operators only, and they said yes,” the lawsuit reads. “After Ms. Hill followed through with a sign on the door and changed the locks, Mr. Lampley reprimanded her by email and Mr. Cook told another employee (Chase Bland) that ‘she [Ms. Hill] doesn’t make decisions around here, let anyone use the bathroom if they want to.’”

Mitch Lampley, director of engineering and technical support for Plant Operations, has not yet responded to The Hustler’s request for comment about these reported incidents.

In an effort to address and receive compensation for these alleged incidents, Hill said she met with Cara Tuttle Bell, director of the Project Safe Center for Sexual Misconduct Prevention and Response, in late November 2019, and Anita Jenious, director of Vanderbilt’s Equal Employment Opportunity Office, in early December 2019. She then filed a complaint to the EEOO detailing the aforementioned reported discrimination. Neither Jenious nor Tuttle Bell responded to The Hustler’s request for comment about this process.

“Ms. Hill was advised by Ms. Jenious, the head of the Vanderbilt EEOO office, that the investigation was unable to corroborate her claims and that is why it was dismissed with no action—but in fact that was not true,” the lawsuit reads. “A separate, unrelated sex discrimination complaint filed by another female employee from the same Facilities Department did include specific reference to as least one of the incidents reported by Ms. Hill—the other employee had been present and had heard Ms. Hill being called ‘sir’ by Assistant Vice Chancellor Mark Petty at a meeting of departmental managers.”

Hill also filed a complaint with the U.S. Equal Employment Opportunity Commission in September 2020. Per the lawsuit, she submitted another sex discrimination complaint to the EEOC after having to interview with Lampley when applying for plant manager and then not receiving the position. Hill said that she was highly qualified for the job given her long tenure and variety of roles served in the department, including acting plant manager.

Rubenfeld said Hill’s party made efforts to work with the university to reach a settlement. However, she stated that these attempts were to no avail, causing them to file this lawsuit.

“We tried to work with them, we did a mediation with Vanderbilt, we negotiated with Vanderbilt to try to settle it,” Rubenfeld said. “They were not realistic and not serious in what they were proposing.”

Hill told The Hustler that this situation is not interfering with her work as an ally and advocate for Vanderbilt’s LGBTQ+ community. She was honored as the 2020 Advocate of the Year by the Office of LGBTQI Life while on administrative leave and won the 2018-19 Chancellor’s Heart and Soul Award. According to Hill, she has also continued to participate in numerous equity, diversity and inclusion groups at Vanderbilt despite being on leave.

She emphasized her approval of Vanderbilt’s Gender Affirmation Toolkit for Vanderbilt Employees. This guide discusses names and pronoun usage, preventing and responding to gender harassment and resources for reporting discrimination, among other topics.

“We have taken intentional steps to help our employees feel respected, included and safe in their work environments, including providing resources for employees who identify as transgender, genderqueer or non-binary, as well as the managers who support them,” the university’s statement reads.

However, Rubenfeld and Hill stated that the university’s and employees’ alleged disregard for these policies is hypocritical.

“If they [Vanderbilt] only did what they said they would do and nothing else, they would be leaps and bounds ahead of other people and other companies,” Hill said. “Vanderbilt’s got some really great policies, but they talk the talk and don’t walk the walk.”

Brianna Nesbitt, interim director of the Office of LGBTQI Life, deferred her comments on this situation to the university.

Hill also said her transition to a presenting woman has made her aware of male privilege in society. She described how she now worries about her safety more and has gained a new sense of vulnerability.

“The biggest thing with my transition is the loss of my male privilege that I never knew I had. I never walked out of a bar at midnight or walked down a dark alleyway to my car and was worried,” Hill said. “I’ve spent the past two or three years just walking around apologizing to every woman I’ve ever known and trying to open the eyes of every man in the world.”

As a result, Hill stated that she is sparking conversations within her community about the prevalence of sexism and male privilege.

“I’ve done several CLEs for the Tennessee Bar Association [and] I do some public speaking,” Hill said. “I try to really tell people: this is real.”

Senior Kelly Morgan, president of the McGill Project, said in a message to The Hustler that McGill and the Vanderbilt Lambda Association are working together to initiate a student program to support Hill, about which more details will be forthcoming.