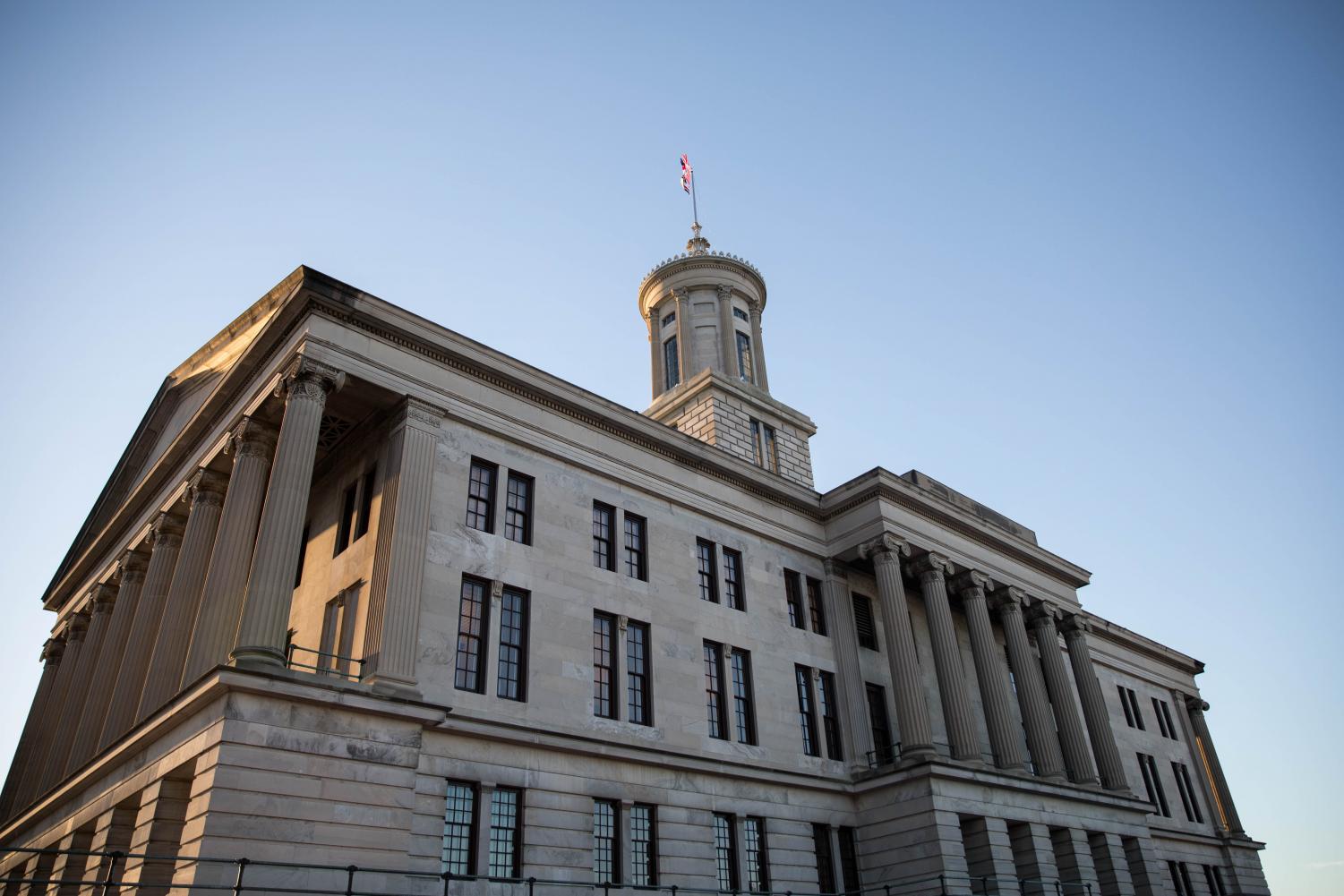 The Tennessee State Capitol, located in Nashville, is home to the the Tennessee General Assembly and the governor’s office. (Former Hustler Multimedia/Emily Gonçalves)

A statewide poll of 1,000 Tennesseans conducted from May 3-20 provides insight into COVID-19 vaccination plans and feelings of unity and division between political parties prior to the 2022 midterm elections.

The Vanderbilt Poll was launched by the Center for the Study of Democratic Institutions (CDSI) in 2011 and became a charter member of The American Association for Public Opinion Research’s Transparency Initiative in 2015.

“Our focus in all our polls is to uncover what citizens think about important public policy issues and to make our findings available to citizens, policy-makers, and scholars,” the CDSI website reads.

Polling is conducted bi-annualy, once before the start of the legislative session and once after its conclusion. Telephone interviews are conducted both on landlines and cell phones and all statistical results are weighed to ensure an accurate demographic representation, per the CDSI website. All questions are also evaluated by the poll’s board of advisors prior to entering the field to ensure they touch on important topics and remain unbiased.

Following statewide efforts to promote vaccines and the Centers for Disease Control and Prevention’s updated guidelines regarding social distancing and mask wearing for vaccinated individuals, Tennesseans were asked about vaccination policies and what they feel the state government should prioritize. Thirty-four percent of Tennesseans are currently fully vaccinated and vaccines are available to all individuals 12 and older.

Partisan divides were further revealed when Tennesseans were asked if they agree with the statement that the pandemic “is largely over and things should go back to the way they were.” Seventy-four percent of Republicans agreed with the statement, compared to only 14 percent of Democrats.

Partisan divides regarding COVID-19 recovery and priorities of the state government come in the wake of a tumultuous 2020 Presidential Election, which continues to be a source of contention between parties. Ninety-seven percent of Democrats believe Biden won the election “fair and square.” However, 71 percent of Republicans and 30 percent of Independents feel Biden “stole” the election.

“This is a remarkable number—that the vast majority of a political party feels the other party is illegitimate, despite the lack of any evidence,” Clinton said in Vanderbilt’s press release. “This survey question has not been previously relevant in American politics, so going forward this will continue to be a concern when evaluating how this will impact future elections around the country.”

Respondents were questioned about social and cultural issues such as gun safety, cancel culture, immigration and racial equality, providing insight into party trends prior to the 2022 midterm elections.

“The public is influenced more and more by ideology and less by evidence, which is concerning,” Geer said in Vanderbilt’s press release. “Voters have increasing anger and resentment for the opposite party, oftentimes fueled by the politicians that represent them. It will be interesting to see how issues of policy and improved quality of life play out in forthcoming campaigns, especially on the federal level.”

Partisan divides were further brought to light when respondents were asked about immigration, gun safety and cancel culture.

When asked if “immigrants today are a burden on our country because they take our jobs, housing and health care,” 60 percent of Republicans agreed with the statement, whereas only 9 percent of Democrats felt the same. There was a similar partisan disparity regarding gun safety laws as a majority of Republicans, 57 percent, support permitless carry of handguns, contrasted with only 8 percent support among Democrats.

A majority of Democrats, 60 percent, support “cancelling” public figures or companies as a result of offensive behavior, whereas only 17 percent of Republicans agree.

“As 2021 reaches the halfway point, pundits and candidates alike look toward the 2022 midterm elections,” Clinton said. “Based on these poll results, Democrats’ campaign messages are most likely to rally around economic policies to attempt to build support for their candidates, but Republicans will likely campaign on social issues to rally their base and appeal to independent voters.”

When asked if they “somewhat or strongly approve” of the American Jobs Plan—Biden’s proposed spending of 2.3 trillion dollars in the next ten years towards infrastructure improvements such as upgraded roads and bridges, electrical grids and broadband internet access—an overwhelming majority of Democrats agreed, 96 percent, compared to only 29 percent of Republicans.

However, when asked about the same plan without naming it or mentioning it in connection to Biden, Republican support increased from 29 to 51 percent, and Democratic support remained at 96 percent.

Respondents were similarly asked about the American Rescue Plan—a plan to provide a child tax credit providing $3,600 for children five and under and $3,000 for children between six and 17— both with and without mention of its official name and connection to Biden.

When respondents were provided the name and connection to Biden, 91 percent of Democrats supported the plan compared to 48 percent of Republicans. These numbers stayed relatively consistent, falling within the poll’s margin of error—89 percent Democratic support and 51 percent Republican support—when the plan was not called by name and Biden was not mentioned.

Only 13 percent of Republicans and 11 percent of Democrats feel that Americans are “mostly or somewhat united” when it comes to the “most pressing issues facing the country today.”

“We have always been a divided nation, certainly more so now than usual. But there are some reasons for optimism, since we see that most people are united when it comes to essential values like American identity and maintaining friendships,” Geer said. “These kinds of social connections are fundamental in so many ways.”