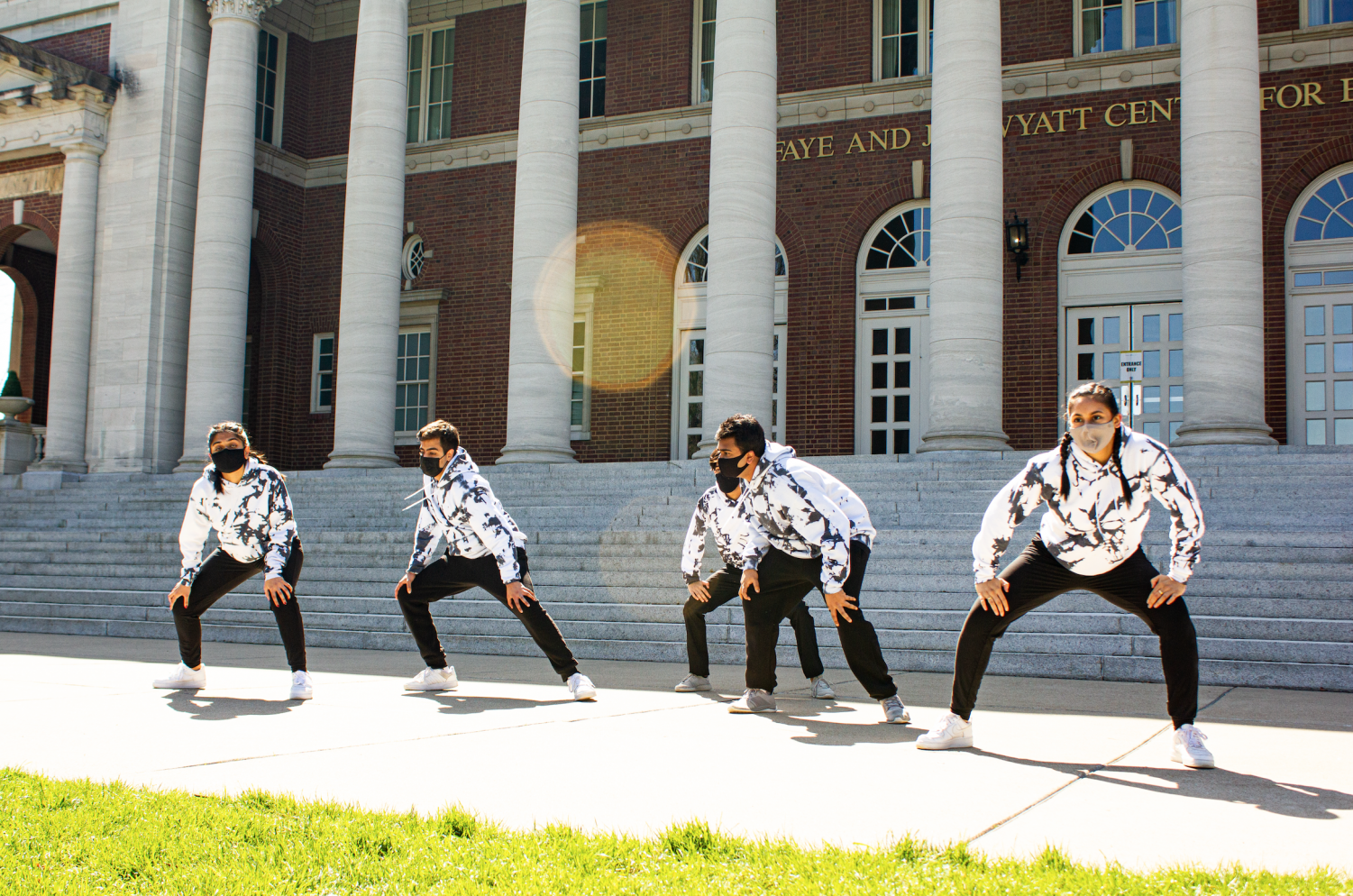 Weeks of COVID-safe in-person rehearsals led up to a successful live stream of TDS April 24, partnered with Project RISHI

Graduating seniors emceed the event which served to celebrate the many unique cultures of South Asia through performances by 10 groups: Semi-Classical, Spectrum A Capella, Bollywood, Lakshya, Southie, Fusion, Kathak, Ghoomar, Abhi & Audrey and the BhangraDores.

“We are by no means a perfect representation of the entire South Asian diaspora,” Vice President of External Affairs junior Sreekar Miriyala said in a statement to The Hustler. “But we’d love to hope that this showcase gives members of our community a moment to shine and feel represented in some form.”

In preparation for the event, the performing groups were forced to make a number of changes to comply to COVID-19 regulations. Rehearsals that typically would have consisted of 20-30 members at a time were cut down to just eight, per Sreekar. Despite this, SACE was committed to getting as many community members engaged as possible. They achieved this by splitting the dances into multiple groups with individuals switching around between performances, serving as large of a breadth of people as possible while remaining within attendance limits.

SACE even accommodated its members abroad, with one fully virtual dance this year that was open to both in-person and remote students. The dedication of the org to its members is part of what has made it feel like family to Miriyala and other members of its Executive Board. He said the relationships that he builds every year serve to fuel his passion for the community.

“It feels like friends coming together to celebrate South Asian culture, more than an executive board churning out programming,” Miriyala said. “It’s this closeness and care for one another that keeps us compassionate and understanding of each other.”

Vice President of Internal Affairs junior Varsha Nair shared similar sentiments, especially noting the support and comfort she feels with her peers in the organization. She said that, despite not having been exposed to an especially close South Asian community in the past, she still felt as though there was considerable space for her own growth as an executive member of SACE

“I’ve found that even if you don’t come from a background where you were truly immersed in a South Asian community, like myself, you have the opportunity to engage with your culture without judgment,” Nair said.

First year Priya Bhatt experienced this growth first-hand, as she was guided into a role as a choreographer for the Fusion Black performance. Her group incorporated a lot of hip hop and Bollywood style dance into its routine, and that flexibility is what makes it Bhatt’s favorite style, she said. Bhatt has previous experience choreographing for large groups in high school, but she noted how the smaller group sizes this year put even more pressure on individual performances.

“Normally, the dances in TDS are huge with so many people on stage so it doesn’t really matter how good anyone looks because it’s just this mass of people,” Bhatt said. “This year, with so few people, us choreographers really need to work hard to make the dance look clean for the dancers’ sake.”

Despite the bumps in the road, including quarantine which led Fusion Black to miss a week of rehearsals, reworking formations along the way and tiring Saturday night performances, Bhatt said they came out the other side with enriching experiences and an overall fun time.

This year, TDS was supported by two organizations: eNaach and philanthropy partner Project RISHI. The latter is a student organization at Vanderbilt which raises money to support the development of financial solutions to issues within rural Indian communities, and even travels to India in the summers to implement their solutions. eNaach served as the facilitator of the virtual stream via Twitch, and hosts similar streams for South Asian performing arts groups globally, per Miriyala.

SACE consistently makes conscious efforts to expand its cultural competency. This year, this was actualized through the rebranding of the event from The Diwali Showcase to TDS in order to encourage the use of more inclusive and affirming language. Nair said she looks forward to next year and seeing how much more the board can do to further those efforts, on top of finally hosting a “normal” TDS.

“Outside of SACE, there’s the Asian American Studies Initiative, a push by students to hold each other and the university accountable for providing diverse education. That is really, really cool, campus-shifting stuff,” Nair said. “I think that SACE and the Asian and Asian American community have the potential to make some really meaningful changes, and the people I’ve seen enter many of these change-making roles make me excited for the future.”