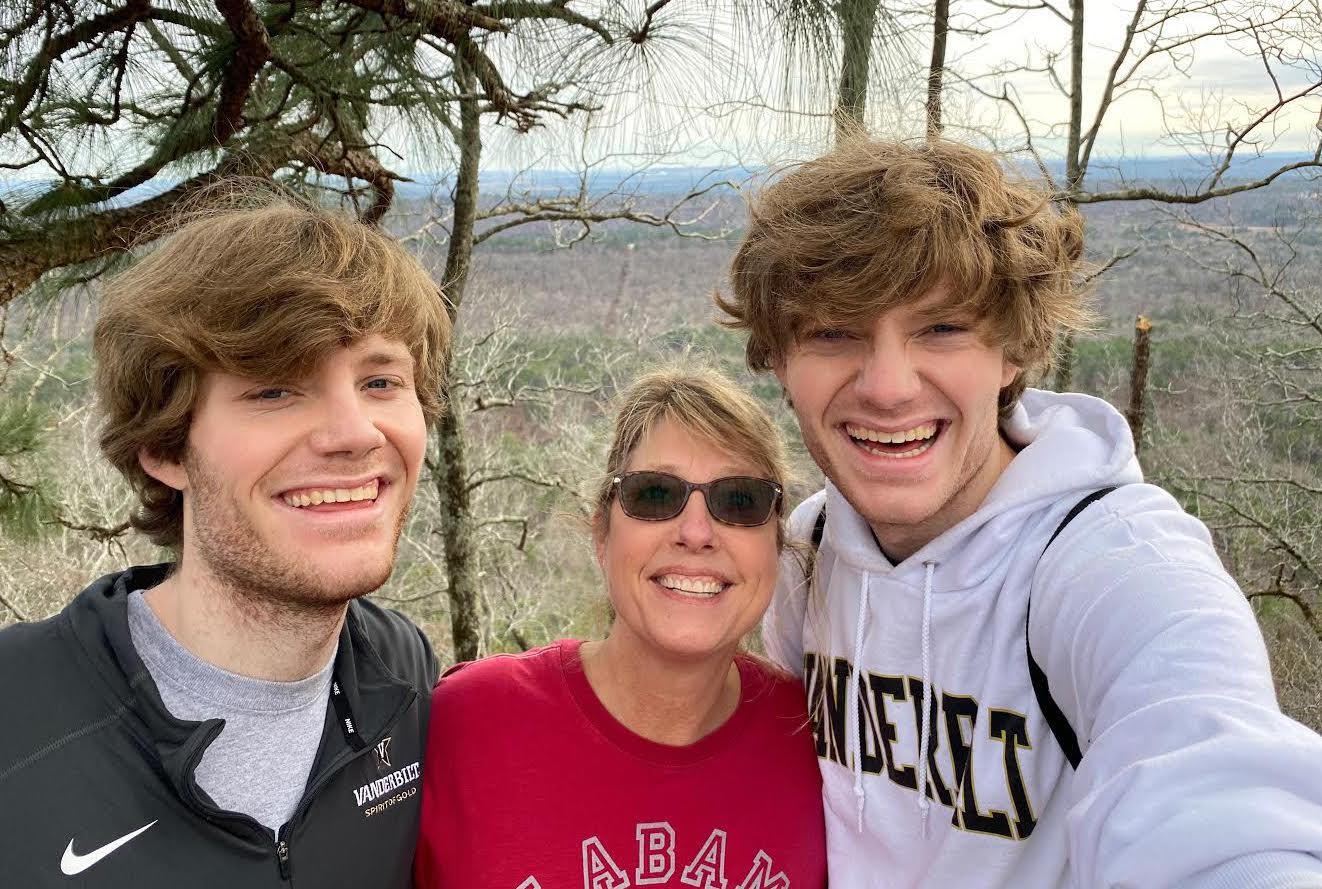 Vanderbilt siblings share the highs and lows of their college experiences together.

For most students, college means embarking on an independent journey away from family. But, for these three sets of siblings, taking a piece of home with them to Vanderbilt is an integral part of their college lives.

Being at Vanderbilt together was an unexpected yet pleasant surprise for junior Maddie Mitzner and her first-year sister Zoey. After spending her first year at University of Michigan, Vanderbilt’s small school environment drew Maddie to Nashville. Unlike her sister, Zoey’s eyes have been set on Vanderbilt since eighth grade.

“When I was in [middle school], we came and looked at Vanderbilt for Maddie and I loved it, so I kind of always told people I was going to Vanderbilt,” Zoey said.

Zoey applied as an Early Decision applicant in the fall of 2019, when Maddie was just finishing her first semester as a Vanderbilt student. Confident her sister would soon be joining her in Music City, Maddie headed to the bookstore to buy Zoey Vanderbilt swag before heading home for Decision Day.

“I picked up a Vanderbilt t-shirt and hid it in my suitcase,” Maddie said. “I did not bring it out until we found out her decision. When we found out, my whole family cried—it was really exciting for me because I was a transfer so it was nice to have Zoey here too.”

Now on campus together, the two enjoy sharing a car and often venture to off-campus food places or the mall for the weekend. For Zoey, having a go-to dinner and hangout buddy was invaluable for easing the process of transitioning into a first-year in college.

“First semester, I was homesick a lot, so it was nice to have Maddie here to just watch a movie or just hang out at the apartment, which was kind of different than being alone in my dorm,” Zoey said.

The sisters find a newfound bond in being not just siblings, but now fellow college students living on their own.

“I think for the most part we got closer. It’s not just a family setting, but I see her as another student here which is different,” Maddie said. “We can tell each other what we did each night and actually have a clue about what it’s like to be here.”

For many siblings, the transition to college marks the first time they experience long-distance sisterhood. But for sophomore Louisa Bienstock, FaceTime was the status quo while her sister and current junior Eliza attended boarding high school. Attending Vanderbilt together brought them closer together than they had ever been the four years prior.

Louisa came to visit her sister in October of Eliza’s first year at Vandy, and after that, she said she was sold.

“She definitely influenced my decision. I really liked Vandy when I toured it, but at the end of the day, I had no idea where I wanted to go or what I wanted to do,” Louisa said. “We had a really fun time, and then I made the choice from there.”

Louisa’s acceptance erupted with the usual chaos that a college acceptance warrants: pictures, smiles and tons of black and gold apparel. Much like Zoey, going to the same school as her sister calmed many of the initial nerves that come with entering a new environment.

“I was really excited like anyone is when they get into college, but it’s also scary,” Louisa said. “It was nice to know someone had my back from the beginning.”

Now at school, Louisa and Eliza share many of the same friends and find each other at the same events on weekends. It’s solidified their relationship not just as sisters, but as best friends.

“Our lives are so intertwined now, and sharing friends is a new thing that we’ve never experienced and has brought an interesting aspect to our relationship,” Eliza said. “Just being here together has allowed us to be even closer friends as opposed to just sisters.”

On any given Friday, you can find the sisters walking around Percy Priest Lake where they take time to rant or just to celebrate the end of the week at their “special spot.” Other days, simply talking late at night in one of their rooms has become a way to connect and support one another in the way only sisters can.

Louisa said seeing the personal aspects of each other’s lives allows them to give each other more honest advice than if they went to separate schools.

“It’s so great. We have our moments, but I don’t know how other people do college without a sister,” Louisa said.

For juniors Trae and Jonathan Stroud, twinning is winning at Vanderbilt. Although the two weren’t set on attending the same university, getting off the waitlist brought their paths together. Trae said he immediately called Jonathan when he received his acceptance, who opened his email to the same fate.

“It was like being happy about each other’s win,” Trae said. “I remember being like, ‘I get to continue to do stuff with him.’ We feed off of each other’s energy and it’s cool to just be able to continue growing together.”

Their mom, a Vanderbilt alumna, always encouraged them to pursue the path that was right for each of them. The brothers said she was overjoyed knowing they would be sharing an experience at her alma mater. The boys, too, found relief knowing they could pick each other as first-year roommates, removing at least one element of uncertainty from the burdening college move-in process.

“Having someone here is insane,” Jonathan said. “Of course we’re making new friends and meeting new people, but having someone you can always depend on is integral.”

In college, they continue to do marching band together, where Trae will be the future drum major and Jonathan the head of drumline. You can also find them playing e-sports together or finding places to eat on the Commodore Card.

“We complement each other in different ways,” Trae said. “I do art and stuff, and he always helps me out and is into it even if I’m not in the moment. That’s been super motivating and helpful.”

Having never been apart from each other for more than two weeks in their entire life, going to college together didn’t pose many changes for their relationship. For Trae, who identifies as homosexual, there was an exception as college was especially transformative for his acceptance of his sexuality. Although he came out to Jonathan during high school, it wasn’t something they talked about a lot.

For some siblings, there exists a fear that too much time spent together will inhibit developing their own unique personalities. These twins said the opposite, and instead think quality time enabled them both to grow stronger in their own ways through the support they give one another in their individual endeavors.

“We have been able to do our own thing while super being super good friends and doing practically everything together,” Jonathan said. “Being able to grow separately but still be together is really cool.”