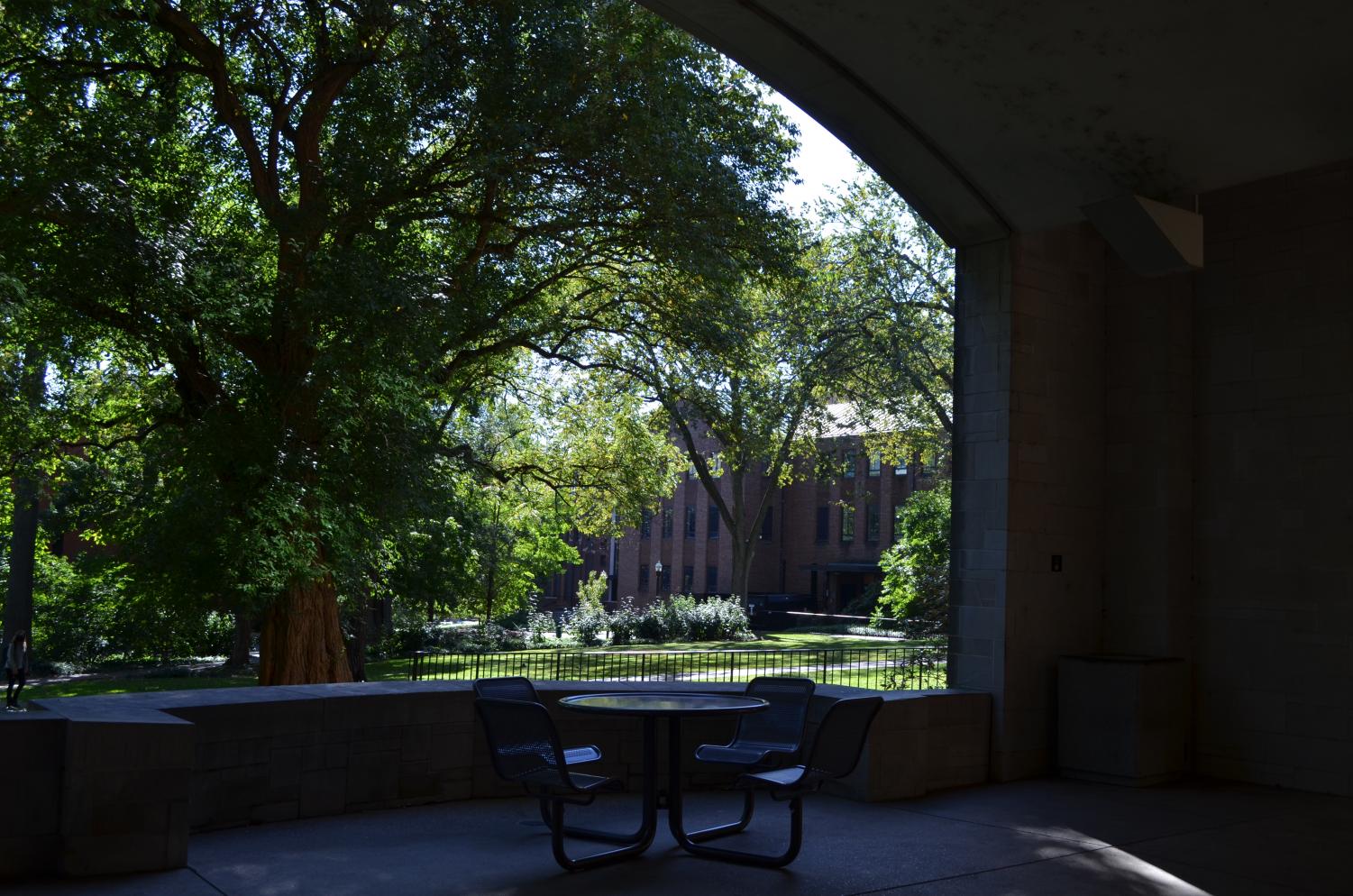 My people cannot keep crying and grieving in the dark while America is more afraid of being seen as racist than protecting its people of color.

When the mass shooting in Atlanta occurred last month night, I mourned with my community—not because it was unexpected, but rather the opposite. Being called a “model minority” does not erase the struggle of being Asian in America. It does not wipe away our immigrant origins of escaping war, poverty and political injustice that made coming to this country with scraps look like heaven. It does not change the statistics that Asian Americans have the highest poverty rate of 29 percent out of any racial group in New York; 20 percent of Native Hawaiians and Pacific Islanders live in poverty plus lack health insurance; and 12.3 percent of Asian Americans are under the poverty line. It does not annul our history of being segregated into Chinatowns to escape arson, murder and beatings in the late 1800s or being forced into nearly unpaid gold mining and railroad labor that no one else wanted in California. It does not correct the reality that many Asian Americans are still exploited in service industries such as street food businesses, massage parlors, or nail salons rather than all having Ivy League and doctor titles.

The “model minority” was a myth created to rebuild the U.S.’s image after World War II, when Japanese Americans were forced into internment camps modeled after Holocaust sites while the U.S. simultaneously fought to free Jewish people. Its purpose was to rewrite this history of anti-Asian discrimination by praising us as innately academic. As a result, no matter how hard Asian Americans work, our achievement is treated as expected rather than earned. If our individual merit, grades and success are constantly attributed to our skin color, how can we find self-worth or satisfaction, much less praise? On the other hand, those who don’t fulfill the genius or “crazy rich Asian” stereotype risk being ostracized as failures—so ask yourself, whose race is this myth supposed to help if it oppresses Asian Americans and Pacific Islanders (AAPIs) by creating chronic performance anxiety and mental health barriers?

The term was first coined in a 1966 New York Times Magazine article that pitted Asians against Black people, who were shamed for not reaching the same success without having their history of slavery and segregation acknowledged. Though our communities have remained divided because of this myth, minorities cannot overcome the same systems of institutionalized racism they face together if they remain fighting among themselves.

It is time to stand together in solidarity and acknowledge that AAPIs are excluded far too often from the category of “minority,” though we have endured the trauma to be treated like one.

As one of the youngest racial groups in this country, AAPI identity is centered around resiliency and endurance, cultural values that helped to survive the hardships of immigration. Raised by first-generation Americans, I was taught that one of the greatest displays of strength is to not fight back when it risks furthering conflict. However, this cultural strength has been mistaken and exploited for passivity. The stereotype of being “cute” and submissive contributes to the emasculation of Asian men and fetishization of Asian women, known as “yellow fever.”

We are not your sex objects; being called “exotic” and treated as a fetish rather than a human being are not—and have never been—compliments. As an Asian American woman, I have lost count of how many times I have felt degraded in my own body because men—many of which have been Vanderbilt students—act like being desired solely for my ethnicity is a form of privilege rather than misogyny. I am not a conquest or a sexual fantasy, just as Soon C. Park, Hyun Jung Grant, Suncha Kim, Yong A. Yue, Xiaojie Tan and Daoyou Feng—the six Asian women shot and killed in the recent Atlanta anti-Asian attack—were real people. The targeted massage parlor workers did not work long hours with low wages every day scrubbing feet and pampering privileged spa customers only to be killed by a white supremacist who is being defended as someone who felt entitled to not just their bodies, but their lives.

Asian Americans and Pacific Islanders (AAPIs) are 16.7 percent or the largest minority of our student body, yet our trauma continues to be overlooked in plain sight. In the past few months, we have seen countless reports of our elders assaulted in broad daylight, pushed to death or beaten until hospitalization on public sidewalks by random passersby who walk away unpunished and uncaught. Although these stories have been largely ignored by mainstream media and the broader Vanderbilt community, I am tired of reading the victims’ names that fail to be publicized, looking at pictures of their innocent faces and feeling nauseous as I wonder if my grandmother or parents will end up on the next news story. After massage parlors were targeted simply because they had female Asian workers, I am left wondering if I could be next. 3,800+ hate crimes targeting AAPI individuals have already happened in this country over the last year, so why did the public wait until the Atlanta shooting to start caring?

This wave of violence is escalating and cannot be stopped until we stop overshadowing the trauma AAPIs have faced as scapegoats for COVID-19, communism, imperialism, World War II, the Cold War and more with the title of “model minority”. I am done feeling invisible in the ignorance surrounding America’s history of anti-Asian hate, which existed over 150 years before the pandemic but is only gaining attention now. In the late 1800s, European empires created the racist ideology of “Yellow Peril” to justify invasions and attempts of colonizing China by describing East Asians as sexual deviants, occultists and menaces to the Western world. To demonize Japanese military expansion during World War II, the U.S. popularized Yellow Peril and likened it to anyone of Asian descent—including American citizens. The Page Act of 1875, the first immigration law passed in the U.S., banned Asian women from entering the country under the pretext that they were “immoral” and would bring prostitution with them, a trope of hypersexualization that remains and puts targets on our backs. I am reminded of the homogenization of my race every time someone calls me a “chink,” asks me why my English is so good, or expects me to like ramen, anime and live out their “kawaii Asian girlfriend” fantasy, which have all occurred at Vanderbilt. I see it in articles about the “six Asian women” killed, their names barely even mentioned by news reports that continue to overlook the suffering of my community.

Now is the time to honor the death of my people, the terror they have endured that deserves to be shared past reposting one or two of the same 10 trending infographics on Instagram, then silence. Our trauma is not just an opportunity for you to show that you’re woke. Posting a black square on Instagram because it was trendy last summer did not “fix” racism, just as doing nothing except claiming on social media that you are an “ally” of Asian Americans does not protect us. What have you done to educate, listen and empathize besides simply copying what others did on social media? If this post has completely new information, why do you think it took so long to hear about AAPI history, and how will you use this to truly be an ally?

Please, we cannot keep crying and grieving, kept in the dark while the media refuses to acknowledge the bigotry behind this violence since America is more afraid of being seen as racist than protecting its people of color. For those of you who have not been in the position of a minority, please still treat our struggles like they are real, because they are. The innocent hardworking immigrants who are being attacked are real. Many are the ones who made your clothes in sweatshops, fed you takeout food, sold you Chinatown souvenirs and worked to support the backbone of this country—even if they are exploited because what other chance is there of attaining the American Dream? Imagine how it feels to have your history erased and to watch an onslaught of violence toward your community because of it being ignored in plain sight. Think about why it’s taken so long to hear about these events and why it was so difficult to convince Vanderbilt to include Asian American Studies as a course. We have long outgrown being reduced to a “model minority” myth. It is our time to be seen, to be heard, to be protected from ignorance before it kills us again.

The Vanderbilt Hustler welcomes and encourages readers to engage with content and express opinions through the comment sections on our website and social media platforms. The Hustler reserves the right to remove comments that contain vulgarity, hate speech, personal attacks or that appear to be spam, commercial promotion or impersonation. The comment sections are moderated by our Editor-in-Chief, Rachael Perrotta, and our Social Media Director, Chloe Postlewaite. You can reach them at [email protected] and [email protected]
All The Vanderbilt Hustler picks Reader picks Sort: Newest
Subscribe
Login
1 Comment
Newest
Oldest Most Voted
Inline Feedbacks
View all comments
L
Leilee De Nera

Yes! Thank you for this. As a Filipino-American artist/writer and first generation immigrant I’ve always felt, in my subconscious that Americans are not comfortable with our physiognomy, our ancient and noble cultures. Then again they are not comfortable with anything foreign. How many Americans speak a second language? How many of them would go to China or even Mexico and 1) study and get a degree 2) get a job and provide for their families? Because that’s what our parents and ancestors have done. That counts for something! Yet instead of recognizing these risks taken by our families we are instead demonized for being too bookish too quiet and not having enough personality. So I speak good English? How many of you speak good Spanish/Mandarin/Tagalog/German? Where am I from? Where are you from? Has it occurred to you that unless you’re an indigenous American you all came from somewhere else.