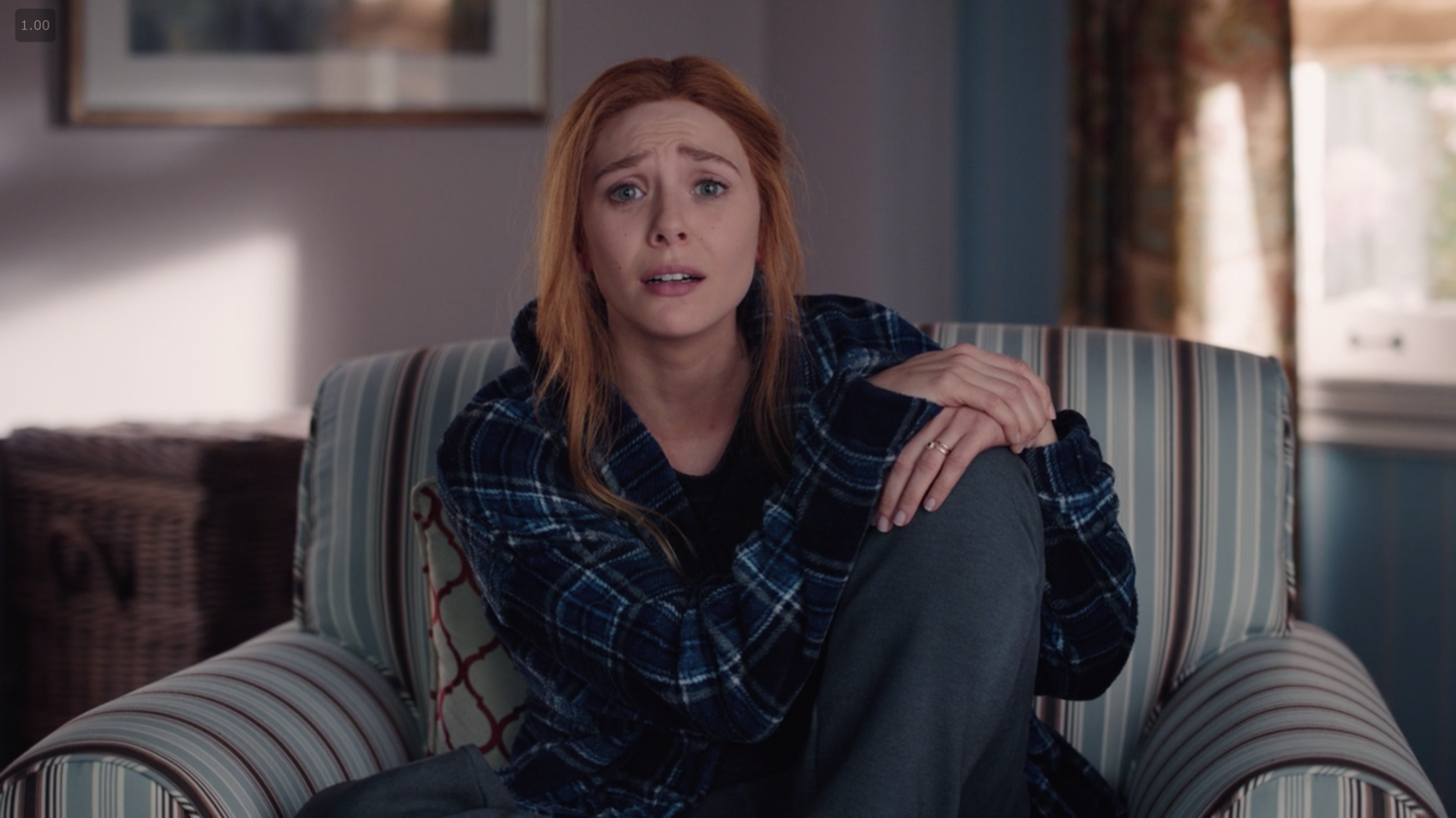 Welcome to Westview: Episode 7 of ‘WandaVision’

Episode seven marks a true return to classic MCU content in the pocket reality of “WandaVision,” with new hero and villain reveals that we’ve all been waiting for. And it does so in the ironic, self-aware bubble of early 2000s mockumentary humor—what a duo!

At long last, the MCU is back in business.

Okay, okay, I know I said that a month ago when the first two episodes of “WandaVision” dropped on Disney Plus, ending a year-plus hiatus without any new blockbuster content from the Marvel Cinematic Universe.

But this time, I mean it. And so does Wanda Maximoff, whose hints at an impending emotional breakdown from episodes 5 and 6 finally come to dramatic fruition in the catastrophe that is episode 7. With the dry irony, quirky sitcom sound effects and intentionally shaky camerawork of early 2000s mockumentary classics like “Modern Family,” episode 7 is a masterwork in cognitive dissonance—the natural culmination of Wanda and Vision’s rapid progression through each decade’s unique sitcom format.

This transition into the self-aware, interview-based style of “Modern Family” (emphasis on self-aware) raises some interesting questions for Wanda’s breakdown, which we watch in real time. The plentiful fourth-wall breaks certainly make sense within the constraints of the sitcom as she tries to justify her self-described “outburst” from the end of episode 6, as do the chaotic and bouncy camera angles used to reveal the growing instability of Wanda’s crafted reality.

At the same time, the exponentially improved video quality, pleasant natural lighting and goofy, whimsical background music physically reflect Wanda’s attitude of smiling through the pain. Her trauma modernizes itself with a strange nihilistic turn, but in a funny sitcom way—think the happy-go-lucky flair of Gen Z nihilism, where everything is meaningless but with a smiling sunglasses emoji.

To make matters worse, Vision is nowhere to be found after his brush with death outside the Hex, but Wanda doesn’t seem to care about getting him back. In a confusing dialogue with her boys, she finally admits that she’s scared, which suggests that getting Vision back is a question of “can’t,” not “won’t.” Wanda feels hopeless and powerless in these dark moments as she wants to fix everything, but something stands in her way. Could it be the mysterious interviewer who asks her if maybe she feels like she deserves to suffer?

In the newly-transformed fairgrounds on the outskirts of Westview, Vision wakes up and meets none other than Darcy, whom the Hex has aptly “edited” into an escape artist. Vision frees her from the Hex’s illusion, and the two form an awkward and hilarious alliance of painful “please laugh”-brand humor. However, Vision is decidedly Halpertian, and his fourth-wall breaks feel so intentionally forced that at some level, Vision must know he’s still “on camera” for the SWORD agents watching outside the bubble (even though the broadcast connection has been halted).

Paul Bettany and Kat Dennings’ dynamic is one of the best things “WandaVision” has produced so far, especially when Darcy gives Vision the TLDR of his complicated history as an Avenger, set to jaunty background music that practically shouts “Curb Your Enthusiasm.” Another moment of cognitive dissonance as the stakes continue to rise beneath this lighthearted comedy.

Meanwhile, last week’s crisis has left the SWORD research team in ruins, but, lucky for us, Monica and Woo have splintered off and established a new camp with help from a different SWORD team loyal to the Rambeau family. After a failed attempt to break into the Hex in a specially outfitted space rover (???), and a weakly delivered “Monica! No!” from Woo (you can do better Randall), a crucial MCU moment arrives.

Monica decides to simply push through the border with sheer force of will. An incredibly trippy entrance sequence follows, with a voiceover montage of “Captain Marvel” voice clips from Maria, Nick Fury and even Carol Danvers, in which Monica apparently gains superpowers from the Hex’s cellular manipulation? At first, I didn’t even realize what was happening, which speaks volumes about the clumsy delivery of the scene. The transformation is visually impressive, but not much else—just the latest piece of “WandaVision’s” criminal mistreatment of Monica’s character so far. We can only hope she gets the arc she deserves in the remaining two episodes or in future MCU projects.

This hope is not misplaced, however, as the scene that follows in which Monica confronts Wanda in her own home is one of Teyonah Parris’s best yet. There’s a sense of dark urgency in Monica’s arrival, but the bouncy instrumentation and sunshiney visuals (with literal birds chirping outside) create the same discordant overlay that continues to stoke Wanda’s breakdown.

Just as expected, Wanda finally goes off the deep end. With new violence and deep-seated anger, she decides she’s no longer going to take anyone’s shit, especially not Monica’s. The two square off in Wanda’s front yard, and the entire town freezes in their tracks to watch the supers argue. In the face of Elizabeth Olsen’s smartly contained fury that bursts at Wanda’s seams, Parris gives a heavy monologue about accepting her pain as her truth. All she wants is for Wanda to experience the same healing realization, but Wanda won’t listen.

And then Agnes steps in to de-escalate the conflict.

But of course, it’s not that simple. As we stew with Wanda in Agnes’ living room, our first time in her home, an “oh hell no” moment of suspicion and tension practically slaps us across the face. The infectious, creeping dread of Wanda’s slow descent into Agnes’ basement simmers and boils over as we realize what’s been going on all along. Or rather, who has been at work behind the scenes.

Because it hasn’t been all Wanda—some of Westview’s events just can’t be explained by her powers alone. Nope, it was Agatha Harkness, competing “magical gal” and famed Marvel witch, dressing up for the role of naughty neighbor Agnes over the sitcom years. With a snarky and peppy new intro sequence to her own sitcom, aptly titled “Agatha All Along,” Kathryn Hahn now portrays a third personality in addition to the ones that stole the show in her revelatory moment with Vision in episode 6.

While comics fans saw this twist coming a mile away (boooo), I didn’t have the slightest hint that Agatha would make an appearance—probably because I didn’t know she existed. Hahn’s fantastically deceptive character work from the first six episodes, combined with her costume transformation and secret dungeon, make for an extremely satisfying and gratifying villain reveal, one of the MCU’s best ever.

Agatha’s classic evil witch laugh and shocking entrance to the mainstage make the perfect big MCU showstopper to accompany the uncanny anachronisms of “WandaVision.” It’s a moment that’ll be hard to outdo, but I’m sure the final two episodes will prove me wrong.

Tune in next week for the penultimate episode.