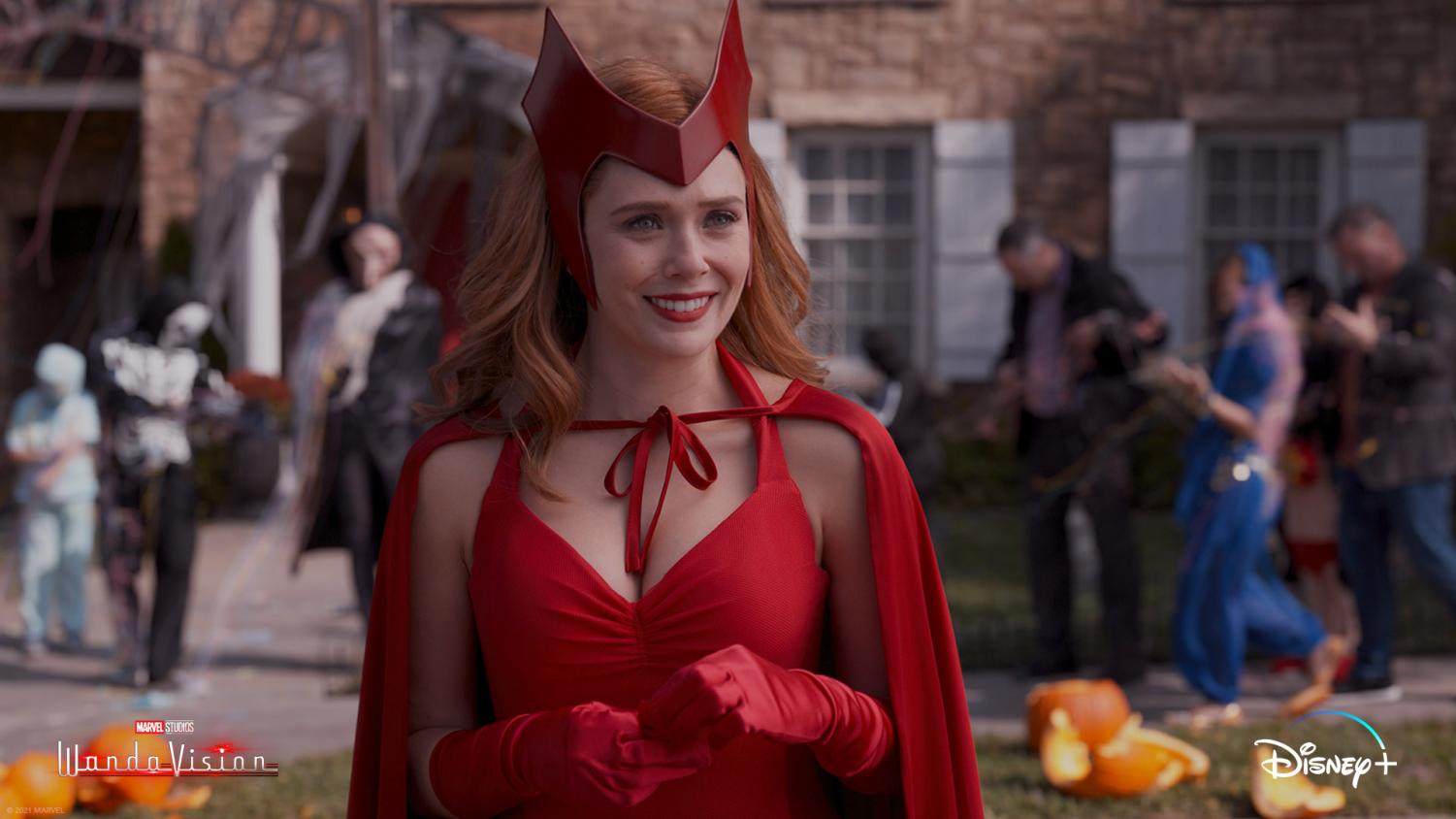 Welcome to Westview: Episode 6 of “WandaVision”

Things were always weird in Westview, but in episode six of “WandaVision,” they’re getting even weirder. The stakes have never been this high.

It’s weird because it breaks from the neat progression of decades presented by the first five episodes, instead giving us both late 90s cable TV and early 2000s Nick At Nite vibes at the same time—emulating both “Friends” and “Malcolm in the Middle” despite their differences in form. It’s weird because it deepens the cracks that started to form in the Westview illusion in episode five, with other minor characters beginning to ask the same uncomfortable questions as Agnes and Norm about their roles in Wanda’s hand-crafted reality. And it’s weird because Vision straight up tries to leave.

But first, we get a punk rock intro theme filmed in a chaotic camcorder style that perfectly glosses over Wanda and Vision’s heated argument at the end of episode five. While the awkwardness between them re-materializes as soon as the intro ends, this new perspective aptly introduces the episode’s spotlight on the rapidly devolving family dynamic, now that the mysteriously recast Pietro is back in Wanda’s life.

Aside from the anticipated a-ha moment in which it’s finally revealed that the kids have superpowers as well—super speed for Tommy and precognition for Billy—we learn the most about the Maximoff boys from their interactions with Pietro, who takes on an extremely strange character role from here on out. In short, he’s a witty, sarcastic asshole, and he knows it. But his self-awareness and affinity for breaking the fourth wall troubles Wanda, who still doesn’t know how he returned, or why he looks different.

This confusion fuels the majority of episode six, especially as Halloween celebrations force Wanda to stretch the limits of her powers beyond maximum capacity to micro-manage the entire town on a night when everyone must be outside. This produces the unnerving sensation that Westview is a rudimentary simulation program run by Wanda, one now plagued by a sort of buffering or lag in the runtime. Only the people “on camera” need to be active, so the others simply don’t move. How Nolan-esque.

We wouldn’t know this if not for Vision, who seems to have made some sort of off-screen arrangement with Wanda since the last episode. We don’t know its specifics, but he’s definitely pushing back against her more than ever, doing what he likes within the constraints of Westview in a twisted, subtle power play.

On his first expedition free from Wanda, he confirms both our and his own suspicions by reaching the outer suburbs of Westview, where the sitcom reality sits completely stagnant in a suburban freeze-frame. There’s an eeriness to the juxtaposition of quirky 90s sound effects and the silent, unmoving residents that Vision can feel just as we do.

This palpable strangeness comes to a head when Vision stumbles upon Agnes sitting alone in her car at the edge of town, staring out across the border with an empty look in her eyes. Kathryn Hahn effortlessly switches between two personas in this scene, delivering the same overenthusiastic nosy neighbor lines of the Agnes we know, but with a completely blank and unchanging expression. She explains to Vision that Wanda won’t even let her think about leaving Westview in a tense monologue that ends with her breaking down in a maniacal fit of laugh-crying. To add insult to injury, Vision can do nothing but send her back into the Agnes personality until he finds a more permanent solution.

As the hero-villain dichotomy between Vision and Wanda strengthens, internal conflict tears the SWORD research team apart, and Director Hayward suspends Monica, Darcy and Woo—who advocate for Wanda as “not evil, just hurting.” It’s a disappointingly predictable plot point that we should’ve seen coming, but it does open the way for a potential redemption arc for Woo, who kicks major ass in a sequence where he and the crew break back into SWORD to steal classified intel. As in episodes previous, their research reveals new scientific facts about the anomaly in another cliché “eureka moment,” the repetitive iterations of which are becoming a bit lame and monotonous at this point.

But that weakness is overshadowed by the emotional intensity of the episode’s climax within Westview. Pietro continues to break Wanda’s fourth wall, bringing her to another wistful moment reminiscent of episodes three and four in which she once again shows us the profound emptiness and loneliness within her spirit. She looks more lost and confused than ever, and Olsen’s masterfully delivered voice cracks and sniffles mean that we can’t help but feel sorry for Wanda, even in light of what she’s done (and is still doing) to the residents of Westview.

However, as in episode three, that therapeutic moment falls apart almost immediately. Billy reports to mommy dearest that he can sense his dad is in danger, and he’s right. Vision has pushed his way through the border, but because he no longer exists outside Westview, he’s stuck in excruciating pain in a long, drawn-out sequence where fragments of vibranium are torn from his synthezoid body and pulled back inside the hex piece by piece.

This is a profound moment for Vision, who’s grappled with what it means to be human since his original conception as Jarvis wayyy back in 2008’s “Iron Man.” We think of Jarvis; we think of Tony; we think of Ultron; and Vision is fully prepared to sacrifice himself for the people of Westview, infinitesimally insignificant in the grand scheme of the MCU. Is there anything more human than this final act of empathy?

But of course, Wanda shuts him down—and shuts down Westview entirely. She freezes the simulation/reality and expands it, recapturing Vision’s body on the border and the SWORD camp as well. Everything the hex eats it transforms to fit the era, with the camp turned into fairgrounds, the tents into carnival tents, and even a fleeing helicopter into a hot air balloon.

This last scene is testament to how much “WandaVision” manages to fit into each 25-minute runtime. Wanda’s unbridled anger and sadness at her loss continue to raise the stakes to astronomical levels, coming together with visually grand special effects, the piercingly painful duality of characters like Agnes and even a return to Vision’s original character arc to create a show that’s profoundly…weird, in a beautiful way.

Tune in next week for more weirdness.