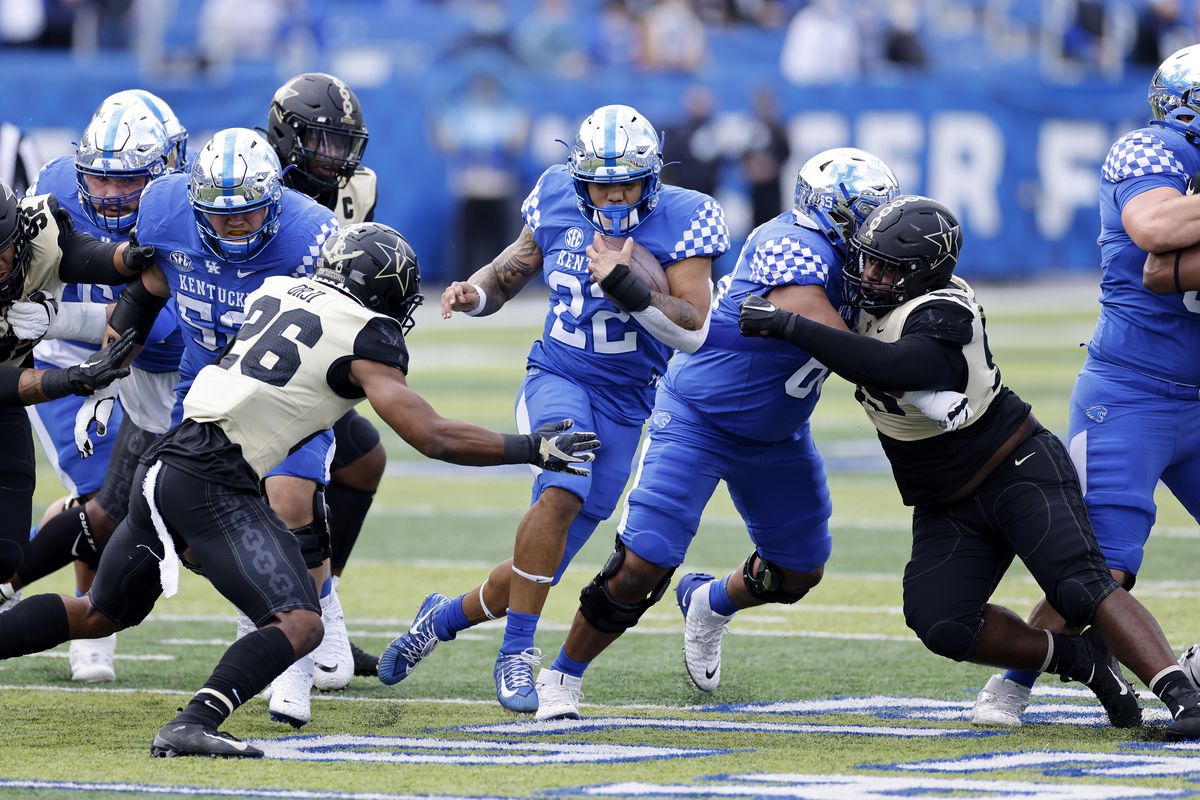 Commodore Brunch Week Six: Another one

Vanderbilt fell to 0-6 with a three point loss to Kentucky on Saturday. At least the quarterbacking was great.

“Fortunately for us, we got a chance to play football today,” head coach Derek Mason said in Saturday’s postgame press conference.

Mason, of course, was referring to playing football in the COVID-19 era; a time in which the next game is never guaranteed, as Vanderbilt learned after its Week Four contest against Missouri was postponed due to COVID-19; a time in which each game looks stranger than the last, as Vanderbilt played in Lexington with just 58 active scholarship players (the conference threshold is 53) for the second week in a row.

But unfortunately, for Vanderbilt fans, the Commodores got a chance to play football on Saturday.

They fell to 0-6 with a 38-35 loss to the Kentucky Wildcats in a game that shouldn’t—wasn’t—as close as the scoreboard may have shown. Don’t get me wrong; there were plenty of positive takeaways in Vanderbilt’s sixth loss in as many games; moments where you can do nothing but tip your cap. Because sometimes, it’s extremely impressive that the student-athletes on the worst team in the Southeastern Conference (SEC) continue to show some signs of improvement.

When Mason noted that the Commodores “cleaned up some things on the offensive side of the ball,” he’s absolutely correct. Unlike last week, Vanderbilt didn’t rack up five turnovers. And in all seriousness, dare I say, there were times when the offense looked great. The defense, on the other hand—not so much.

That said, for every moment we were left impressed with Vanderbilt’s play—take, for example, the Mike Wright redzone package—there was a moment where your jaw dropped. It was something you couldn’t possibly justify, like getting into scrums or throwing a punch in between whistles. Or it was something that left you speechless, with no choice but to roll your eyes, like calling a fair catch on the one yard line. Or it was one of the mishaps that made you laugh uncomfortably, like letting the Wildcats run for first down off a broken play—on third-and-26.

“Again, we just have got to get better,” Mason said. “We talk about it. We work it. We drill it. But when it comes to doing it, it’s like the fog of war. You’ve got to trust your training [and] make sure that you can make it come alive.”

I, for one, trust these players. By extension, I trust that they will improve. In fact, they are improving; they are showing that they can compete. The coaching, on the other hand, has not proven the same.

Self-inflicted wounds that are absolutely, without question, a reflection of coaching. Like, as I alluded to, calling a fair catch on the one yard line. I understand the ball took a weird bounce, but setting up field position on the one yard line seems less than ideal, especially when considering it was the Commodores’ first possession of the game. Those sorts of special teams mishaps are inexcusable—and preventable—from a coaching perspective.

Next up? The very next play of the game.

These sequences are hard to make up. While Vanderbilt ended up extending its first possession of the game (not very long, though, with just six plays for 21 total yards), they were doomed from the start of that possession.

Vanderbilt’s coaching staff must fix these issues before it’s too late. Because if they keep making these mistakes—if they keep letting the quarterback scramble for a first down on third and 26, they are simply not going to have a chance to win a ballgame.

Third and 26 –> First down… On this play. pic.twitter.com/dKs8qaBpL0

And I would be remiss if I did not mention the most embarrassing of them all. The mistake that, luckily, ended up not even mattering. Vanderbilt scored a touchdown on a play that Mason himself tried to nullify.

As the Commodores lined up, Mason was gesturing, yelling, screaming at the referees to get their attention. He wanted to call a timeout, and he wanted it badly. But evidently, the refs didn’t hear him.

They ended up scoring on that very play. Good thing the refs didn’t hear him, I suppose.

Last season, Vanderbilt’s quarterback carousel endlessly kept spinning. Yet this year, the emergence of true freshman Ken Seals has completely upended the offense. While they might not be winning games, and in some cases, they might not even be scoring much, Seals has shown time and time again that he’s the future of this program.

Saturday’s showing was no different. Seals was great; he finished with 21 of 32 completions for 225 yards and two touchdowns and did not turn the ball over once.

But what stood out about Seals’ performance was not on the statsheet. He was making plays that you can’t expect a fifth-year senior to make. Once again: he’s a freshman.

He would drop back in the pocket, find a receiver down the field—like he did with Chris Pierce for Vanderbilt’s first touchdown of the game—and rifle a dart straight off his back foot. He didn’t need to step into the pass. He didn’t need much of a head start. (Credit to Pierce, of course, for making a great catch—his third touchdown reception in three games)

Chris Pierce has been a walking highlight reel for the Commodores these past few weeks.

Reels in a TD for the third straight game and puts Vanderbilt on the board.

Other times, he would single handedly keep the Commodores’ drive alive, improvising his way to a first down after the play was effectively broken up.

This week, we saw an even greater sample of quarterbacking with another true freshman, four-star quarterback Mike Wright, in the mix. Vanderbilt used Wright in some early season redzone formations, and now that Wright is back from an absence (presumably COVID-19 quarantine), Vanderbilt’s coaching staff put him to work.

In two separate redzone drives, Wright notched the first rushing and passing touchdown of his collegiate career. And the best part? His celebration.

After losing the starting quarterback job to Seals, Wright stuck to the course. He kept his head down; he kept working. When it all paid off with a pair of touchdowns on Saturday, he celebrated with Seals—both of them smiling, excited for one another, despite both of them, in a sense, competing against one another.

The Commodores, still winless in 2020, move on to a much more difficult challenge next week. It’s as much an opportunity as it is a detriment; sure, they have yet to rack up a win. And yes, they are probably going to lose again. But with the mighty Florida Gators coming to Nashville on Nov. 21, they have a chance to prove themselves.

This game probably won’t be close. I just can’t help but think—wouldn’t such a monumental upset be a nice sight to see?