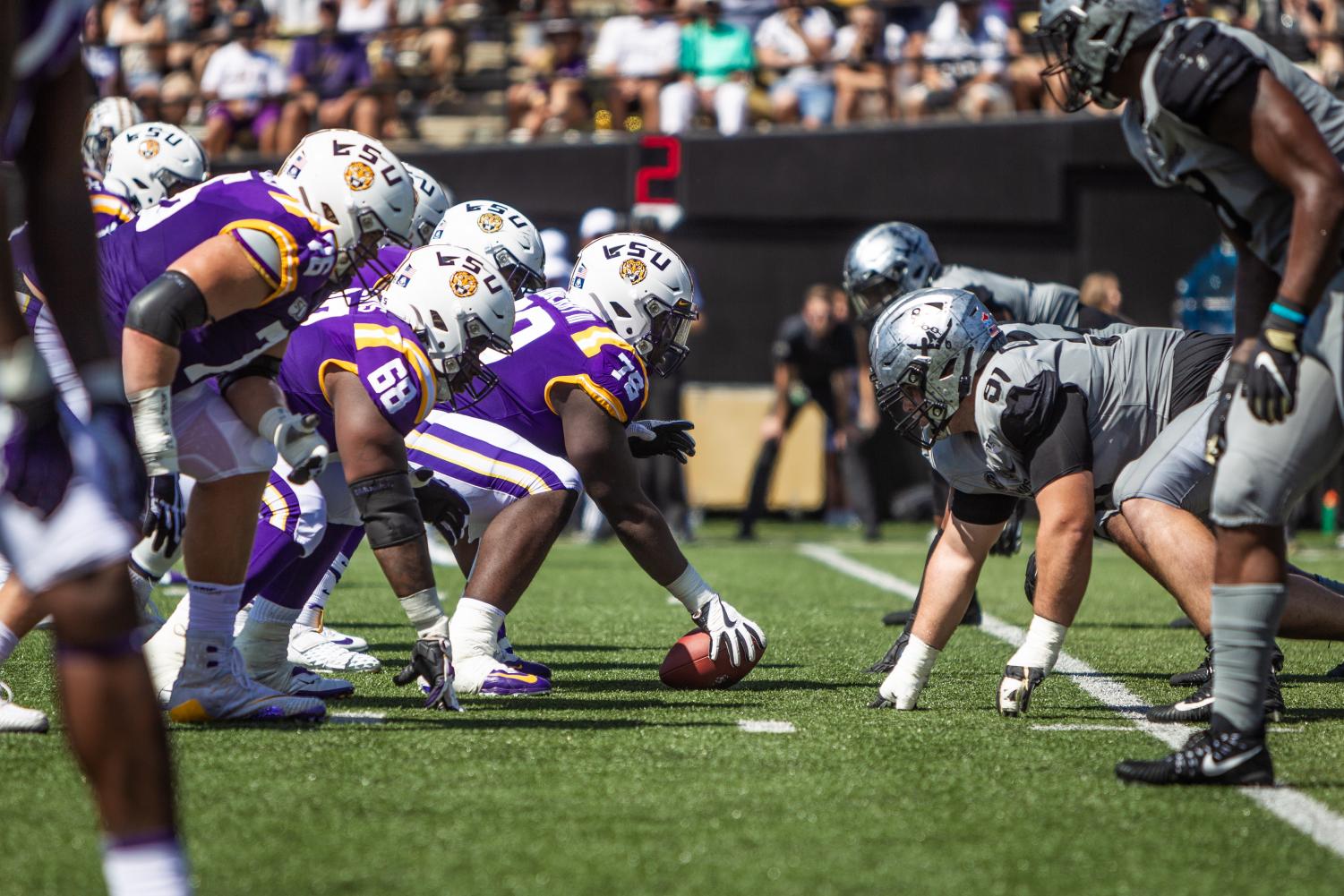 The New Drew: Drew Birchmeier ready for his new role in the offense

Drew Birchmeier’s switch from defensive line to offensive line has presented new challenges, but with guys in his corner, he is poised to make a difference in the trenches.

Vanderbilt’s Drew Birchmeier, who spent the last three seasons anchoring the Commodores’ defensive line, is not one to shy away from a position change. In high school, Birchmeier began his career as a tight end. But by his senior season, he ended as a three-star defensive lineman in the state of Virginia.

“It’s similar, but it’s really different, just because the two sides of the ball are so different,” Birchmeier says. “It’s been the same in terms of trying to make that transition. But at the same time, it’s been different just because I still get stuck a little bit and try to get out of some of those old habits.”

With four offensive linemen opting out this season due to Covid-19 concerns, head coach Derek Mason was left in a tough situation. Mason had to think on his feet; he had to look toward veteran leadership to dig him out of the apparent hole in his depth chart.

A prime example of Birchmeier’s leadership was displayed when he made the switch from defensive line, where he’s played his entire career with the Commodores, to the offensive line. The idea of making the switch to offensive line came to Birchmeier last spring.

“I was thinking about talking to Coach Mason and Coach [Jovan] Haye and see what they thought about it in the spring, because for myself I thought it might be a better place for me in the long run and I might be able to do [what] I can to help the team,” Birchmeier says. “But then I didn’t end up really bringing it up because we got sent home early.”

However, Birchmeier was ready to make the switch when duty called, and it didn’t take long for the coaching staff to think of what he had opted not to say back in the spring.

“Coach Mason came to me a few weeks back and brought up [the switch from defensive to offensive line,” Birchmeier says. “And I was like, ‘Yeah, definitely, I was planning on talking to you about this anyway, so this is great timing really.”

The switch from defense to offense brought on a mindset change for Birchmeier, too. Birchmeier noted that each side of the ball presents its own distinct challenges.

“Defensively, some of the playbook is easier, and you just go and play. Not saying the offensive line isn’t physical, but defensive line is straight physicality. I feel like getting off the ball and reacting to what’s happening,” Birchmeier says. “But offense, there’s so much of your brain and technique they have to focus on. And if you don’t, you’re gonna look like a fool.”

New experiences have defined this offseason for Vanderbilt football. Whether it be new coordinators in Ted Roof and Todd Fitch or COVID-19, the team has taken challenges in stride. And now, Birchmeier is leading the team to battle a difficult conference-only schedule.

One big change for the Commodores was the offseason acquisition of offensive coordinator Todd Fitch, which has opened the eyes of Vanderbilt’s young offense.

“[Coach Fitch] has been really awesome so far,” Birchmeier says. “His plan and everything he has going on in his brain is awesome. He’s always got something ready for every situation and plays to set up other plays.”

Birchmeier pinpointed Fitch’s ability to look past the play at hand and have plans for future play calls as the offense drives down the field. In practice, Birchmeier described the coaching staff’s preparation for A&M as a “trial by fire approach,” which he believes “has been nice because you get to actually put everything you’re learning into practice every day and try to improve on that each day.”

Birchmeier has grown accustomed to change. He welcomes it with open arms. Whether it’s a position change, a coaching change or Vanderbilt’s transition to games with no fans.

“One of our goals always, regardless of how many fans there are at any game, is to try to increase your energy, create your own energy, to help propel each other,” Birchmeier says. “And at the end of the day each other is all we have, so we really bring that energy for everybody on the team and have it reciprocated all around.”

Birchmeier brings an unmatched, infectious energy on and off the field. He’s unfazed by challenges; he’s never one to complain. Birchmeier, a fifth-year senior, has assumed a greater responsibility. He’s become one of the leaders of the team, and he always leads by example.

A key contributor on the defensive line throughout his redshirt sophomore and junior seasons with the Commodores, he started in all but one game and recorded 52 tackles, four pass deflections and a pair of forced fumbles.

Yet, Birchmeier has gone from strictly defense to offense in no time.

Despite previously only having exposure to the offense and its playbook through the field goal unit, Birchmeier has learned the playbook quickly and made a smooth transition to his new position. He had several teammates backing him and mentoring him throughout the process.

“I know Grant [Miller], Connor [Mignone] and Michael Warden have really helped me a lot with, you know, understanding where I need to be and what I need to do and just getting some of the subtle reminders,” Birchmeier says. “I know what to do when you hear that from them. Really, the affirmation really helps and it’s really been awesome for me in this process so far.”

It’s safe to say Birchmeier has looked the part in his new role. His peers have praised him for making the switch to offensive line, and have been impressed with what he’s been able to do thus far.

“I’m pretty close with Drew, so every day I ask him sort of how practice went, how he thinks he did,” standout wide receiver Cam Johnson says. “He didn’t have a problem switching from defense to offense, which is amazing because in your fifth year you get asked to change positions, to me that’s selfless. He’s picked up the concepts from what I’ve heard, and I know he’s been really grinding [on] this playbook.”

In preparation for Week One, Birchmeier has enjoyed implementing and improving upon all the new things that he’s learned.

“It’s been different. It’s been like a breath of fresh air almost, which has been nice,” he says.

The Vanderbilt Hustler welcomes and encourages readers to engage with content and express opinions through the comment sections on our website and social media platforms. The Hustler reserves the right to remove comments that contain vulgarity, hate speech, personal attacks or that appear to be spam, commercial promotion or impersonation. The comment sections are moderated by our Editor-in-Chief, Rachael Perrotta, and our Social Media Director, Chloe Postlewaite. You can reach them at [email protected] and [email protected]
All The Vanderbilt Hustler picks Reader picks Sort: Newest
Subscribe
Login
1 Comment
Newest
Oldest Most Voted
Inline Feedbacks
View all comments
P
PKV

“Personalities are not formed by beautiful speeches, but by work and personal performance” – Albert Einstein