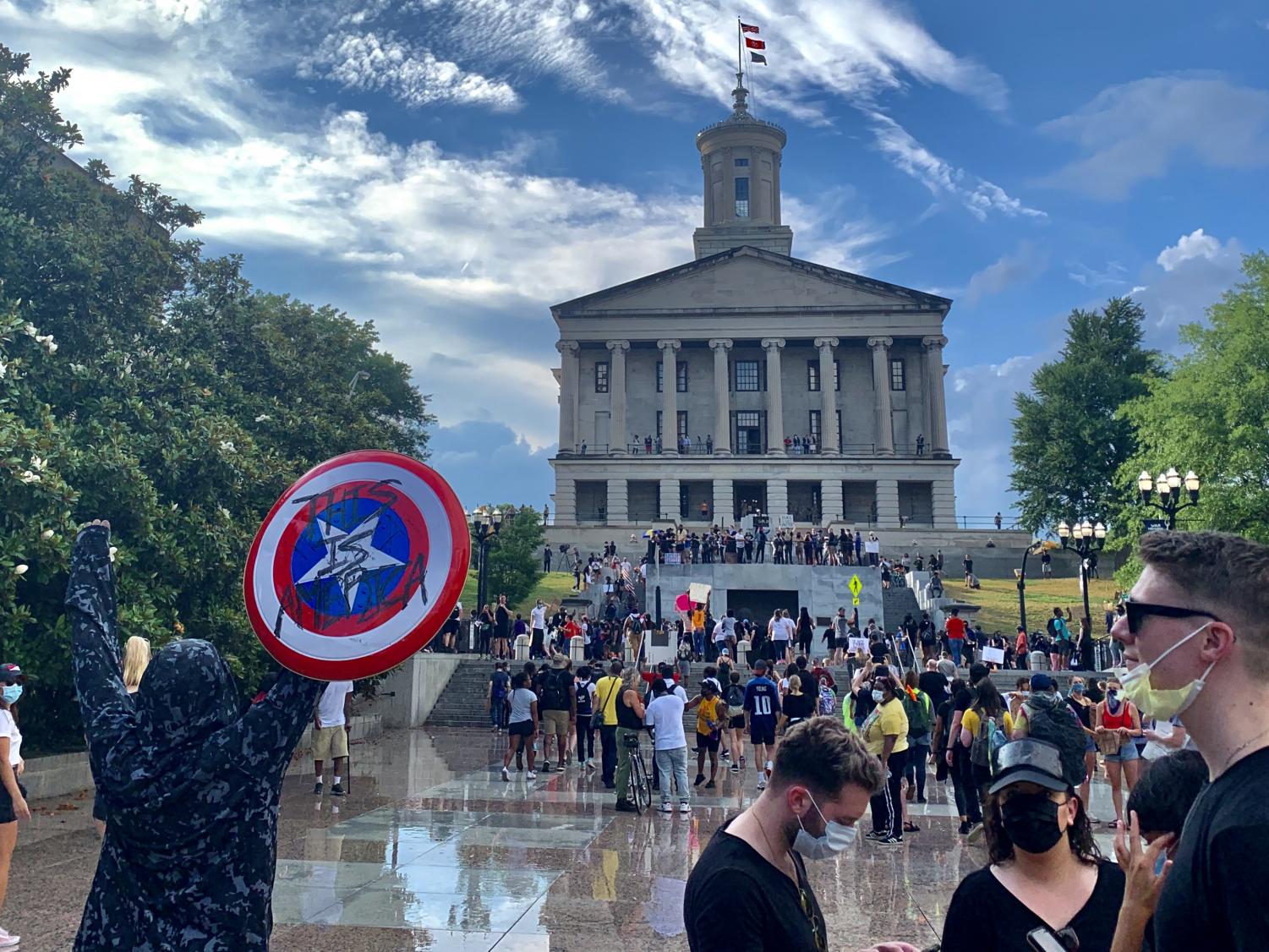 A protestor held up a Captain America shield in front of the Tennessee State Capitol. (Krista Panageas) 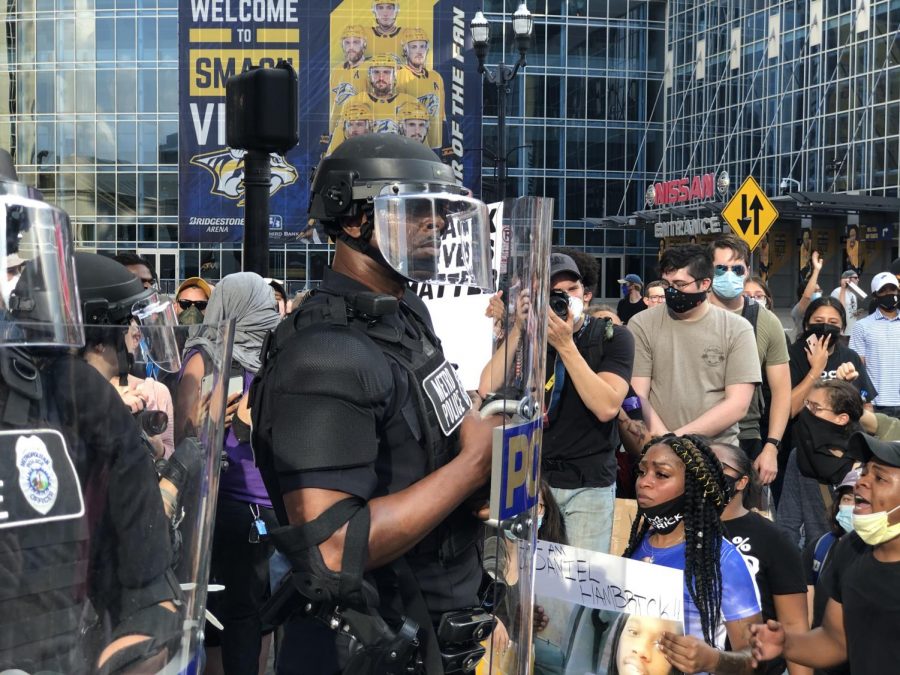 Gallery|3 Photos
Hana Batt
An officer stands against a line of peaceful demonstrators. 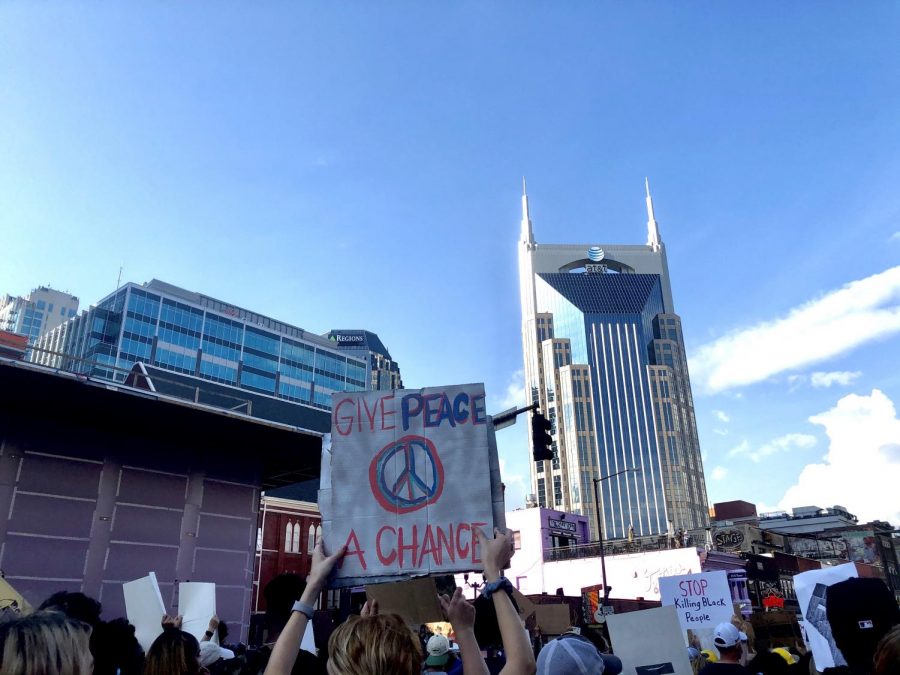 Gallery|4 Photos
Krista Panageas
A protestor carried a sign reading "Everyone vs. Racism" 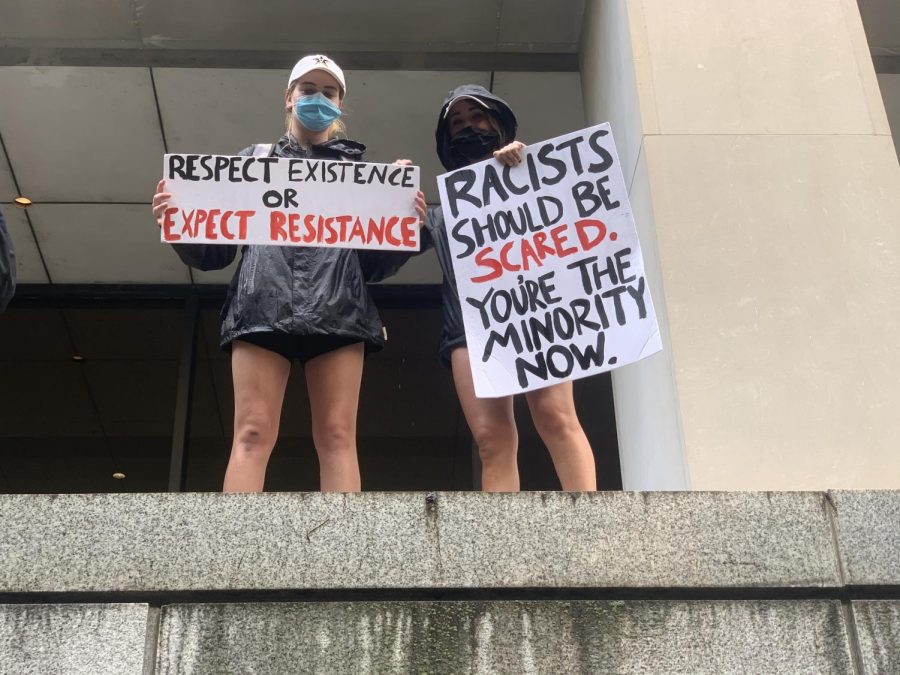 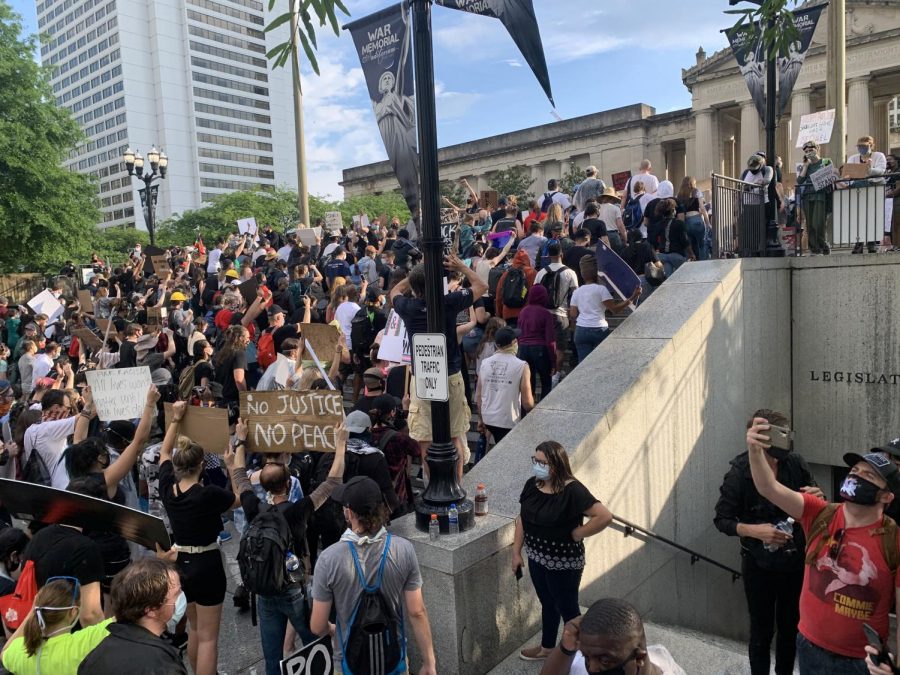