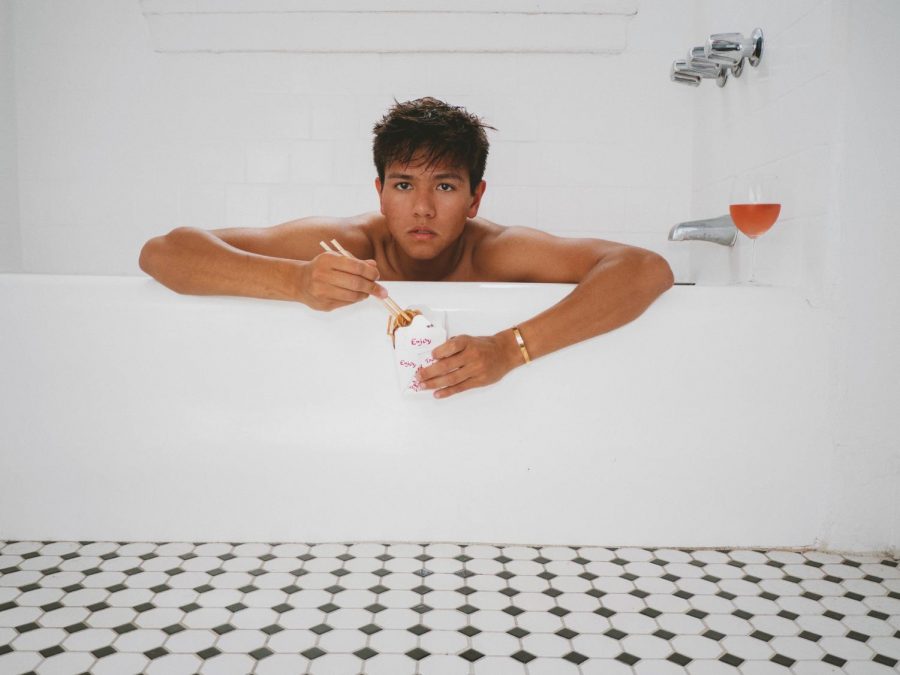 Kyle Vanesko takes a step out from behind the camera to share with the Hustler how he got into photography. Photo by Kyle Vanesko

Behind the Lens: Kyle Vanesko

Senior Kyle Vanesko has gained recognition around campus for his skilled and creative photography and styling shoots.

Whether it takes introducing yourself at his next photography event or even just stalking his social media, senior Kyle Vanesko is someone you’re going to want to get to know. Over his past four years at Vanderbilt, he’s established himself both on campus and through social media for his photography and styling.

Vanesko has never been a stranger to the camera—he’s been making short films films since he was a kid and came to Vanderbilt to pursue a Cinema and Media Arts degree. He enjoys making films and plans to go into that field post-graduation, but he has since discovered a passion for photography. Vanesko never envisioned that his photography would turn into more than just a hobby for him, but his peers helped catapult his business into what it is today.

“When I came to Vandy my freshman year, a lot of people knew me from my Instagram and started asking me to take pictures of them. They offered to pay me, which I had never anticipated,” Vanesko said. “Soon that developed into me taking pictures for date parties, birthday parties and different events. It’s awesome for me to make money by doing something fun.”

Over the years, he has done many shoots and currently works for hire. Instagram has been a critical part of his business since the beginning, now serving to provide him an active market for his work. Many people hire him to take pictures for their profiles. Belmont students, many of which are performing arts majors, have been particularly interested in reaching out when looking to promote their careers.

“My favorite shoot was for a singer who goes to Belmont. We made it very vintage themed and  found this old, gold rotary phone. The pictures turned out very cool,” Vanesko said.

While some of the lessons learned from his film classes have transferred to his photography, Vanesko has never taken a course specific to developing his photo skills. Much of the experience and talent that he’s garnered have come from experimentation on his own.

“I think a part of my eye for photo comes from being in film classes and learning how to get the right angles, while other aspects are self-taught,” Vanesko said.

Vanesko had the opportunity to travel to Prague last semester where he continued his photography, broadening his horizons in terms of both the setting and variety of his shots. He learned about the importance of making each photo intentional and worthwhile, especially when he was paying $3 per photo for his vintage film. Vanesko mentioned that the price made it all the more important to really bring the shot together for every photo and be conscious of images he was capturing.

Vanesko is a jack-of-all trades when it comes to the camera, but lately he’s been favoring portrait and editorial work in his shots. He plans to move to L.A. after graduation where can hopefully pick up more photo jobs while honing in on his ultimate goal of having a career in film.

Find @kylevanesko on Instagram to keep up with the work he’s doing on and off campus (or ask him to take your senior picture, come graduation!)

The Vanderbilt Hustler welcomes and encourages readers to engage with content and express opinions through the comment sections on our website and social media platforms. The Hustler reserves the right to remove comments that contain vulgarity, hate speech, personal attacks or that appear to be spam, commercial promotion or impersonation. The comment sections are moderated by our Editor-in-Chief, Rachael Perrotta, and our Social Media Director, Chloe Postlewaite. You can reach them at [email protected] and [email protected]
All The Vanderbilt Hustler picks Reader picks Sort: Newest
Subscribe
Login
1 Comment
Newest
Oldest Most Voted
Inline Feedbacks
View all comments
E
Earla

Kyle, I knew your grandfather Jack who always spoke proudly of you although he never saw you in later years
If he were here he would be very proud of you and your accomplishments.