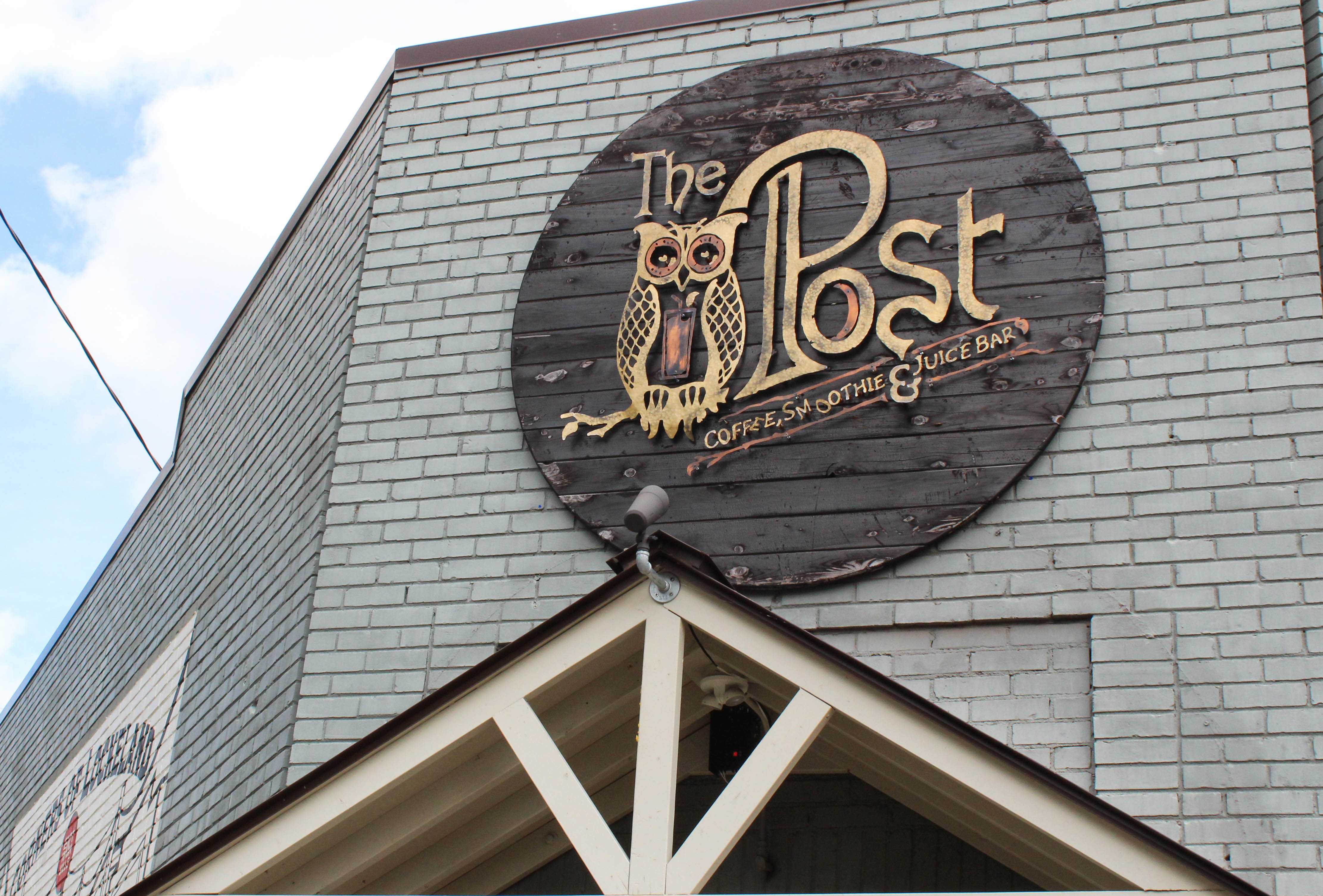 This East Nashville gem is perfect for brunch and coffee

Friends and fellow coffee fanatics Alexa and Hannah review Nashville’s new and lesser-known coffee shops in their column “Hannah, Alexa and Joe.” Alexa writes, and Hannah is behind the camera. Check back in every week to find your new favorite cup of joe!

Nestled in the Fatherland neighborhood is The Post, a cozy and bustling coffee shop featuring espresso drinks, smoothies and a diverse brunch menu. We stopped by this shop at the recommendation of a friend, and we loved its atmosphere and breakfast options. 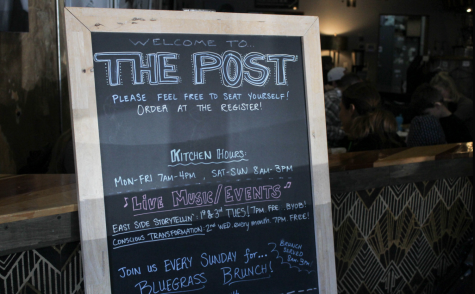 On a Saturday morning, families and couples filled almost every table and created a cozy, community atmosphere. We arrived at 9:30 a.m. and it was hard to find a spot to sit, but the traffic slowed down by 11.

I ordered a large brewed coffee and wasn’t disappointed. It was an in-house brew and while it didn’t wow me, it was a solid cup of coffee—although a little expensive for a black coffee. I really enjoyed my chocolate croissant, mostly because it was a chocolate croissant, but also because they warmed it up for me. 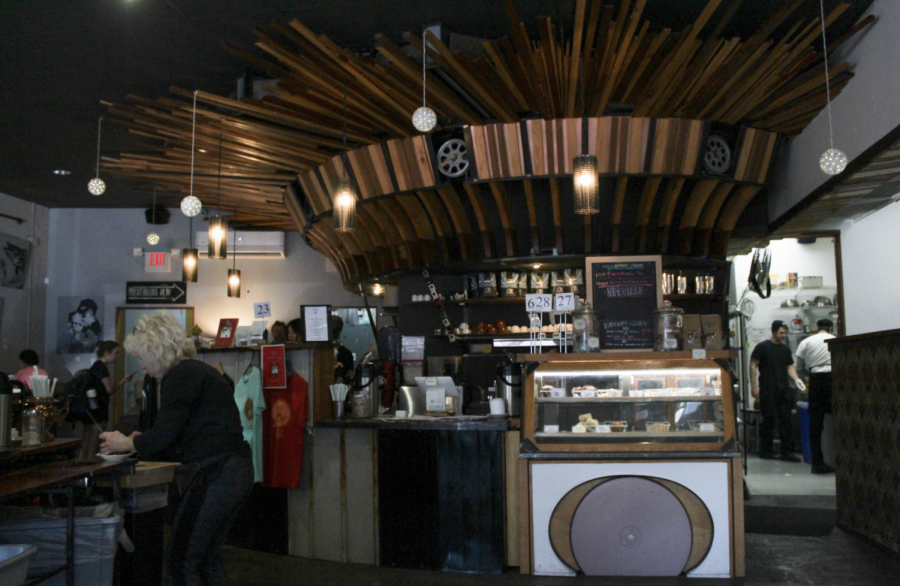 I thought the latte had nice flavor and was not overpowered by the slight sweetness of the coconut milk. It was probably one of the better lattes I’ve had this semester. In terms of food, I’ve only had biscuits and gravy maybe two other times before, but I thought their take on this Southern classic was unique and flavorful. I chose to get a sweet potato biscuit, which added a new flavor. Although it sat a little heavy, the meal as a whole, which included an egg and microgreens, was all around very enjoyable.

The diverse brunch menu also featured pancakes, breakfast sandwiches and other brunch staples. We’ll be back to try one of their healthy smoothies with ingredients like chia seeds, dates, spinach and cacao. Their pastry selection expanded well beyond chocolate croissants; different types of muffins and biscuits were also available. Also of note were their unique daily quiches, which seemed similar to Grins except for the fact that one of them had bacon. 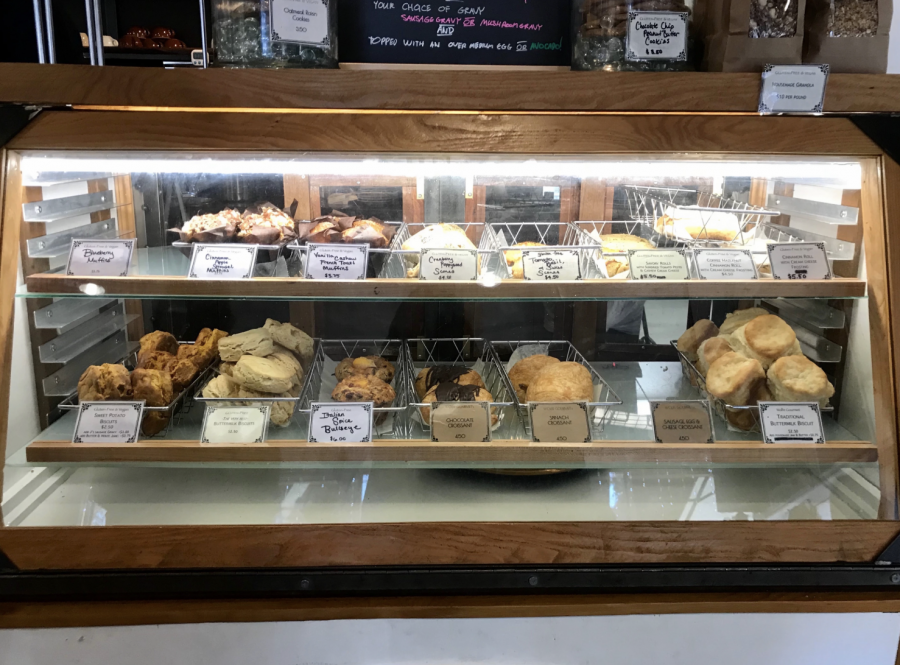 The interior was comfortable but quirky. Dark gray walls grounded gold details throughout the space. A maroon couch and chairs created a smaller space off the the side, but the space was one big room, which felt a little overwhelming. However, the warmth of the space made up for this busyness. On a sunny Saturday morning, the smaller outside tables facing the sunshine were a quieter seating option.

The Post is a solid option if you’re looking for a neighborhood coffee shop with an expanded breakfast menu and have the means to get to East Nashville. Be sure to get there early to beat the rush! 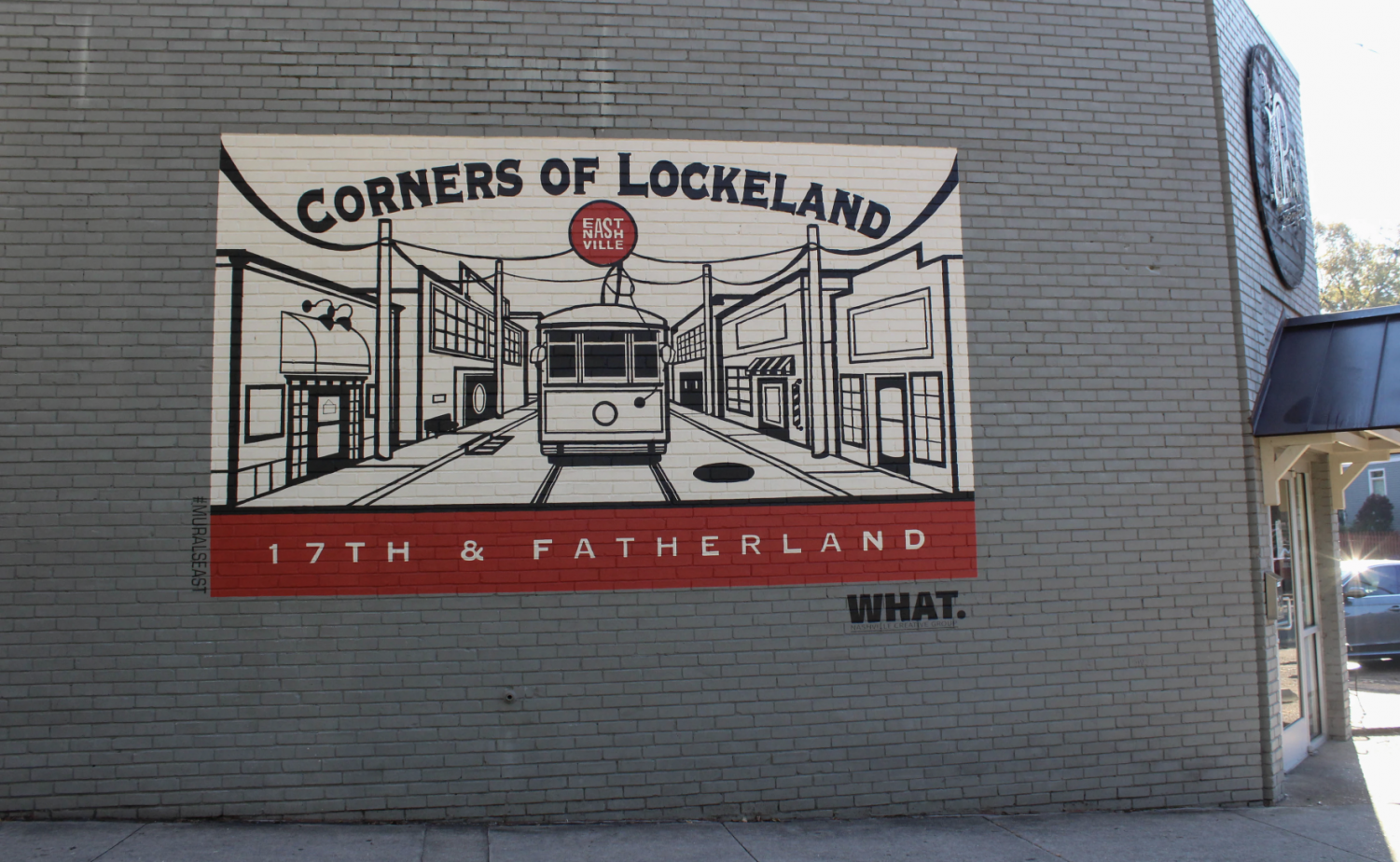