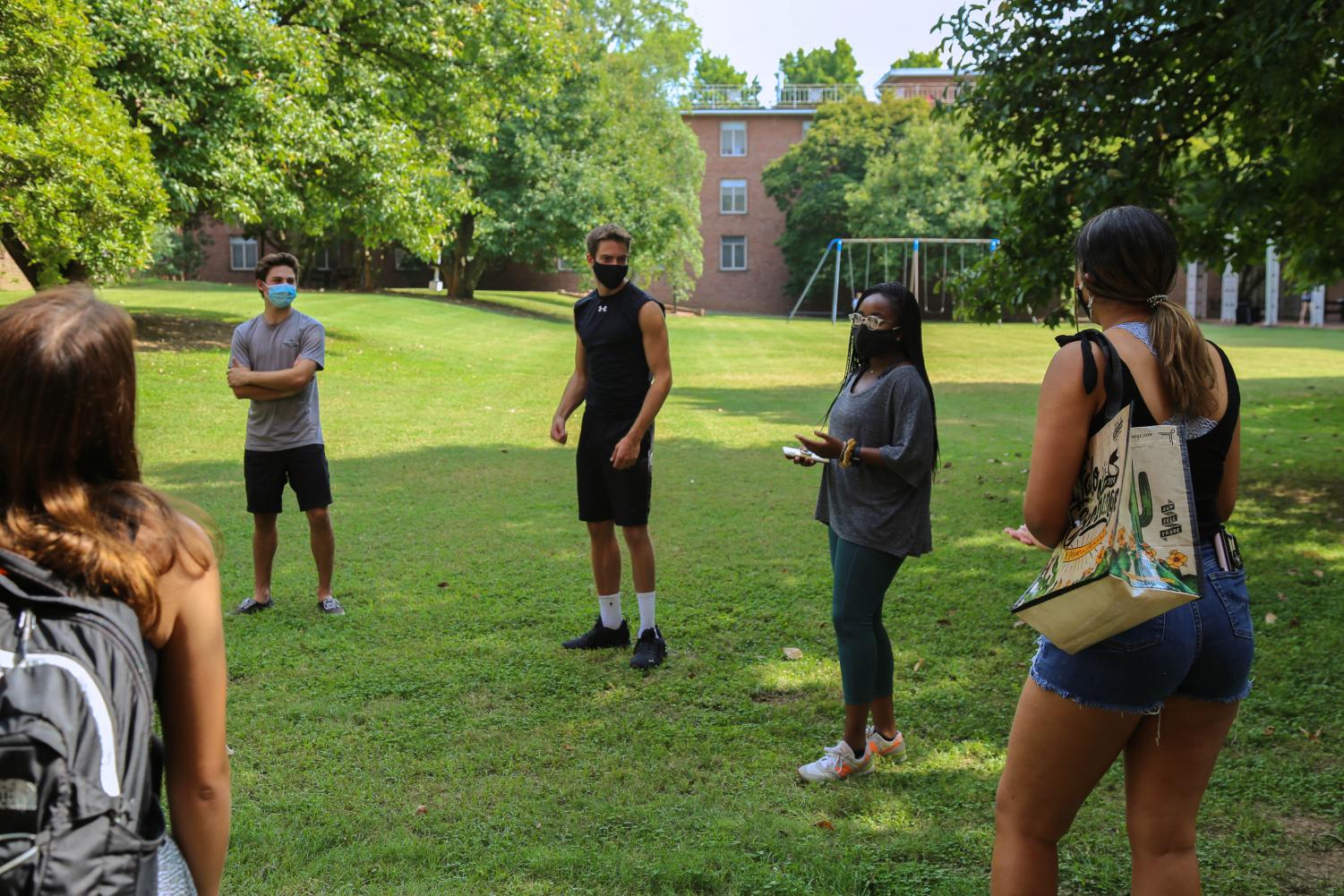 “I reminded myself that just because my friends back home were all Asian, it is perfectly okay that my friend group here might look different.” (Hustler Multimedia/Hallie Williams) (Hallie Williams)

“I reminded myself that just because my friends back home were all Asian, it is perfectly okay that my friend group here might look different.” (Hustler Multimedia/Hallie Williams)

POC at a PWI: Finding POC friends at a PWI

Coming from a racially diverse background, I felt guilty for having only made white friends at Vanderbilt.

Hi there! My name is Shravya Vasireddy, and I’m a first-year in the College of Arts and Science. Hailing from South Florida (specifically Palm Beach County), I grew up in a racially diverse community. Well, sort of. “Racially diverse” isn’t exactly the first image that comes to mind when thinking about Palm Beach County, as it certainly has a reputation for being home to white, generationally-wealthy families. In fact, I grew up just a 20-minute drive away from Trump’s Mar-a-Lago Club.

However, from childhood, my family was part of the Telugu Association of North America and I went to a high school that had a majority non-white student population, so making friends with other Asian/Indian kids required no real effort. As a result, I never felt out of place or as though my race and ethnicity hindered me from building a strong group of friends.

The racial demographics of Palm Beach County and Vanderbilt are rather similar; PBC has a 53.8 percent white population, while Vanderbilt has a 52.2 percent white student population. After spending my entire childhood surrounded by other Asians and POC, I was surprised when I arrived on campus in August and had not interacted with a non-white person for an entire two weeks. The Asian population at the university is relatively high, at 16 percent. It seemed absurd that I could go so long having only socialized with white peers, seeing as I definitely came across other students of color on my walk to Stevenson or standing in line at Rand for dinner. What was I missing? Why wasn’t I in a position to develop friendships with those students?

I figured that because of the COVID-19 restrictions, the only people I was really able to socialize with were the other people living on my floor, most of whom were white. As I walked to get dinner with a couple of my floormates the first weekend after classes started, I couldn’t help but wonder if I stuck out to passersby. I worried that I might be perceived as neglecting my identity as a POC by being friends with only white people. Also, I felt part of this was due to the fact that I wasn’t living on Commons with the slight majority of the first-years. It’s not that there happen to be more students of color on that side, but being in an environment designed to foster community-building would have probably helped my case.

With the hopes of meeting other students of color and finding a sense of belonging, I joined several clubs and organizations, including the South Asian Cultural Exchange and a few others. I should have predicted that this alone would not allow me to make as many friends as I had envisioned. Meeting people through a screen doesn’t exactly have the same effects as meeting them in person, as I’m sure we are all aware. I couldn’t spontaneously grab coffee with others afterwards or quickly organize dinner plans to further whatever conversations we might have been having. Hence, I wasn’t able to develop those relationships with other POC; by default, my social group remained white.

At first, I felt guilty for feeling uncomfortable among my white peers; it wasn’t like they had acted in ways to purposely isolate me. But at the same time, there was the nagging thought at the back of my mind that I wouldn’t be accepted by some non-POC groups. During this time of political tensions and the way they translate into racial tension, I feel torn between embracing the whiteness on campus and attempting to build a group that is more racially/ethnically homogenous. On one hand, the only way society can overcome these fractures is through unification but on the other hand, I feel a responsibility to focus on interacting with POC and forming uplifting spaces. There’s no rule that says as a POC, I have to be friends with other POC. Yes, I was uncomfortable initially interacting with so many white people, but I’ve learned that “different” doesn’t have to mean “worse.” I’ve become more comfortable with the idea that I may not find “my people” right away. I’m placing my trust in the idea that there’s simply no way I’m going to go four years without ever making an Indian friend so it’s fine—whatever needs to happen will happen.

Under normal circumstances, I’d like to imagine that this process would not have been so difficult. But given the university’s necessary preventative measures, the options for socializing were limited. I decided that instead of waiting for opportunities to make friends, I would just start creating opportunities myself. I struck up random conversations with people in elevators, lines and common rooms. It worked to some extent—I haven’t found a best friend doing this, but I’ve certainly acquainted myself with an increasing number of people. Being able to say “hello” to more POC even in passing alleviates some of the feelings of isolation I have had. I reminded myself that just because my friends back home were all Asian, it is perfectly okay that my friend group here might look different. My solution to address my internal conflict (between accepting that by probability I am going to make more white friends and pushing myself to find more POC to be friends with) is simple—I will just do both. Truthfully, I haven’t figured out how to establish this balance. But I understand that it will take time to build my friend group.

I know that as I become more comfortable in this environment, I will find people who also bring me comfort—white or not. After all, that is an essential part of coming to such a university as Vanderbilt; the chances of meeting someone vastly different from you are so much higher, and that’s what makes everyone’s experiences special.

The Vanderbilt Hustler welcomes and encourages readers to engage with content and express opinions through the comments section on our website and social media platforms. However, The Hustler reserves the right to remove comments that violate the outlined policy. Comments which contain vulgarity, hate speech, personal attacks or appear to be spam or commercial promotion will be blocked or removed by The Hustler. The comments section, both on the website and social media, is moderated by the Editor in Chief.
All The Vanderbilt Hustler Picks Reader Picks Sort: Newest
Subscribe
Login
1 Comment
Newest
Oldest Most Voted
Inline Feedbacks
View all comments
A
Alumni

Is this a joke?