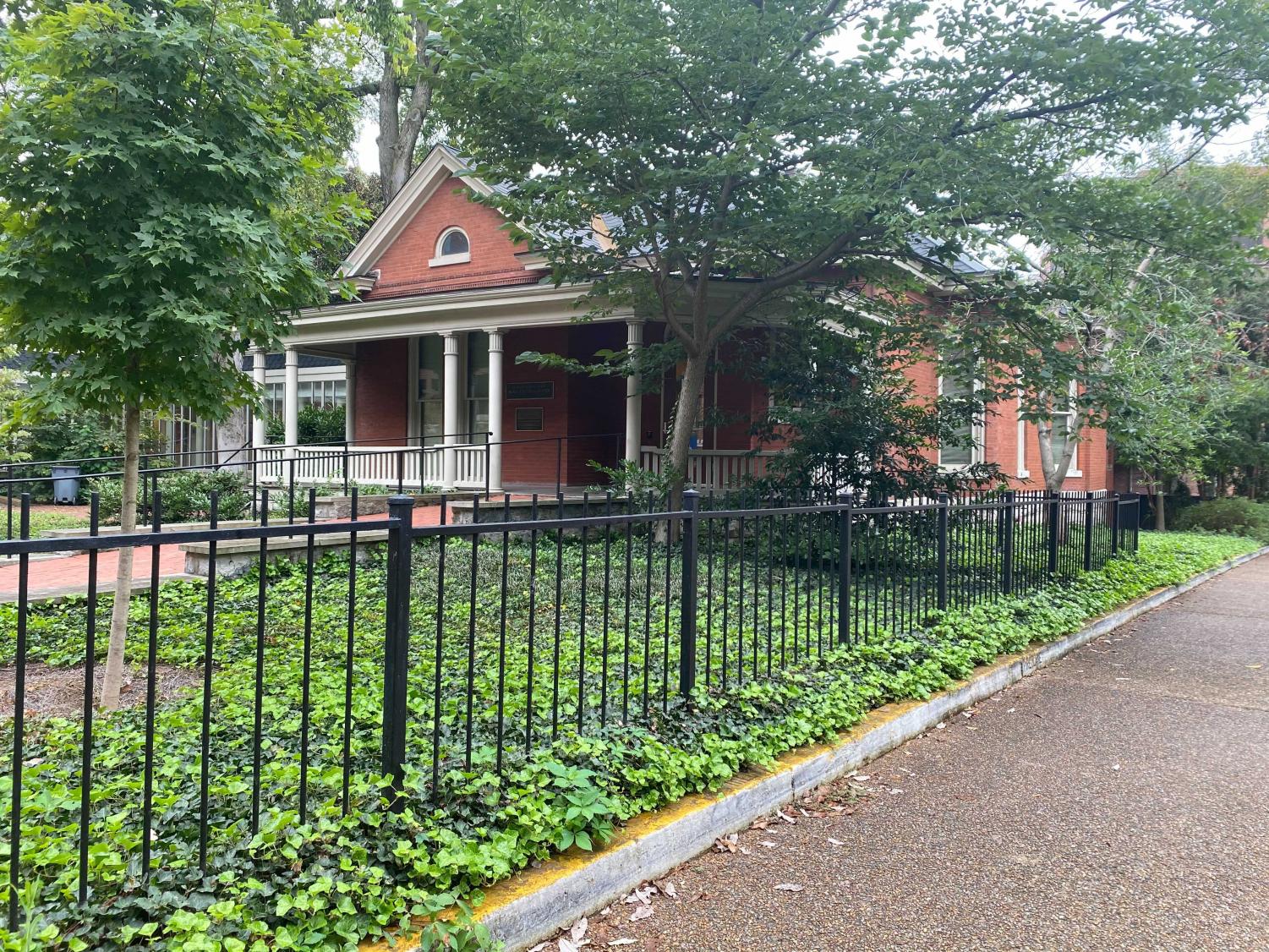 The Black Vandy Experience: The BCC, A Home Away From Home

The Black Cultural Center (BCC) located behind Buttrick Hall is a safe place for black students at Vanderbilt University. But, the center is much more than just a building to our black students.

Safe spaces are a necessity in an environment where the majority clearly outnumbers the minority. So, at Vanderbilt, a predominately white institution, it is necessary for black students to have a safe space on campus. This place is the Black Cultural Center (BCC).

After my first week on campus, I signed up to tour the BCC. The tour was led by Professor Noble, the current Director of the BCC. I immediately realized the importance of this building and the influence it has on the black student experience here on campus. From that point forward, every time I enter the BCC, it feels like a place I know I belong, a place I can be comfortable, a place I can feel empowered. I know it is a safe place for myself and my community on campus.

There are many different factors that play a role in the BCC being a safe space on campus. This became clear after a discussion with Professor Noble. The BCC was first established in 1984, during a time where it was not as easy to simply pass by another black person on campus. At the time, black students were three percent of the student body. So, it became a necessity on campus to have a space where you felt comfortable, where it wasn’t so hard to find someone that looks like you. Before it was named the Black Cultural Center, the BCC was given the name “the House” because, for black students on campus, it was home. As the percentage of black students at Vanderbilt has increased, the BCC has expanded into a bigger space with more resources to offer.

During my tour, I was shown the rooms and the meaning behind their designs. Each room has its own theme, and there were three rooms that I felt were truly striking. The silent room, where students go to study in complete silence, is covered in newspapers on the bottom half of each wall. The majority of the newspapers are stories from The Hustler about black students on campus. These articles include the first steps to integration, black student achievements, progress made on campus in regards to the black community, etc. The wall begins in the spring of 1964 and ends in the fall of 2017. Above this wrapping are portraits of individuals who fought for the 11 percent of black students now on campus. These portraits were painted by a black Vanderbilt alum, Professor Noble explained to me. Similarly, there is a staircase dedicated to Vanderbilt black artists that showcases their work. Art is continuously being added and displayed. The original intention with this gallery was to inspire black students, recognize their work and remind them that they are truly artists. Lastly, the legacy lounge has to be one of my favorites. Designed in 2014 by Professor Noble,the lounge is based on the historical facts on his 2007 research project. He explained that with this room, he wanted Vanderbilt’s African American history to speak to people.

One of the last things I gathered from my conversation with Professor Noble was the “dual role” that the center plays on this campus. For black students, the BCC is a place of personal significance. It is a place where everything black on campus comes together and where black students can be affirmed and supported. For the campus overall, the BCC is an educational structure. It is a learning tool that illustrates current and past black excellence on campus.

The Black Cultural Center offers numerous resources and a tremendous amount of support for black students on campus. For STEM students, there are tutors available. There is also a writing studio and office hours with campus partners. The center also offers an immersion experience as well. These services and more can be found online. The BCC is here to support black students on campus and tailor to our specific needs.

We can see why safe spaces for black students are needed on Vanderbilt’s campus; safe spaces are needed outside the college community as well. I would love to believe just as much as the next person that different people can co-exist happily without problems, but that is simply not true. Communities such as the LGBTQ+, women, black and others  all rely on safe spaces because it may not always be as easy to find one another. Without the support of people that experience the same things as you do, it is easy to start to feel unheard and unsupported. Safe spaces allow people to speak freely without fear of being misunderstood or invalidated just because that is not how the majority feels.

Vanderbilt was my dream school and the only setback was, from the statistics, the black population seemed extremely small, especially since I was considering Historically Black Colleges and Universities (HBCU). Coming from a predominantly white community back home, I was yearning for that sense of community with my people. I ultimately chose Vanderbilt but was nervous about not making those special connections with people that looked like me and experienced the same things as me. With a place like the BCC, I am easily able to form those connections and have those experiences I have always wanted. That is what makes the BCC a safe space for me.