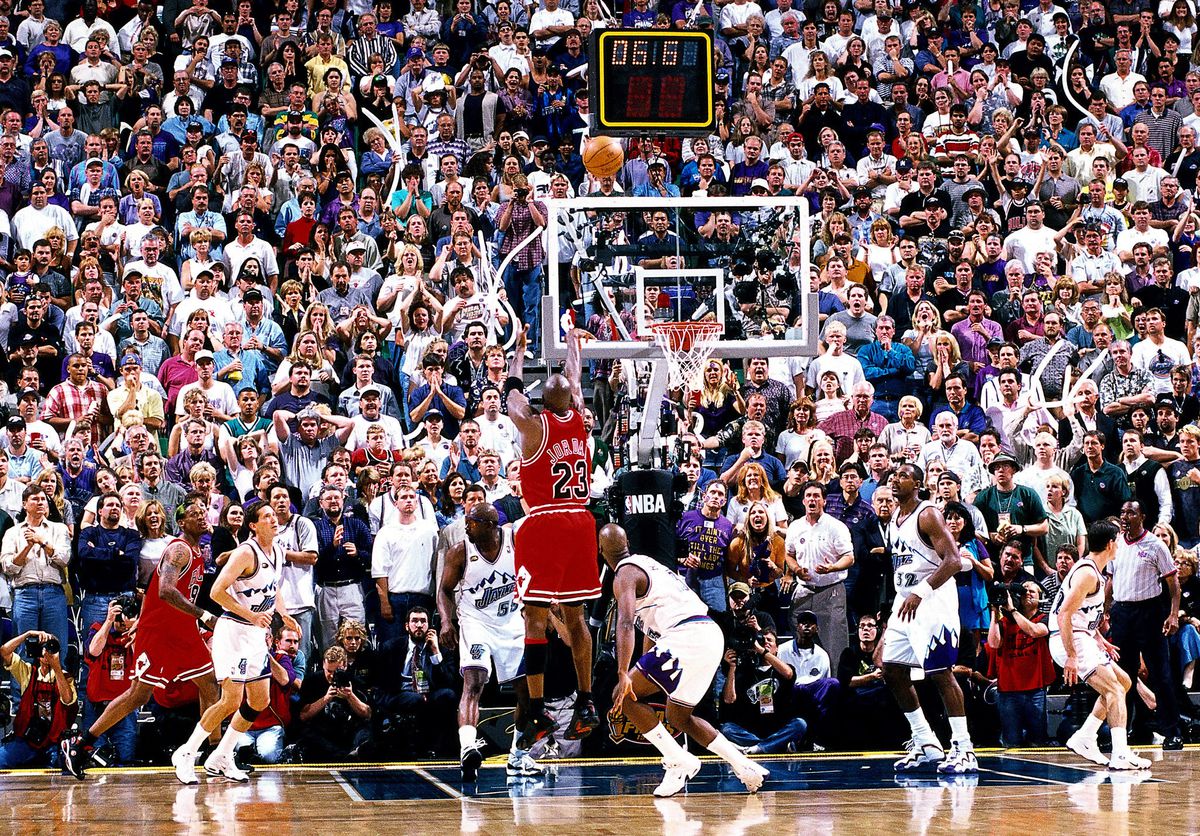 “The Last Dance” Episodes 9 and 10: Was losing really a possibility?

Phil Jackson told the Bulls that losing was a possibility. The dynasty said otherwise.

“I told them today that they can lose,” Bulls head coach Phil Jackson said. “You have to face the possibility that you can lose a game like this.”

In the final season of the Michael Jordan-led Chicago Bulls dynasty, Jackson told the media the truth. That truth was relayed Sunday night to over six million viewers in episode nine of “The Last Dance.”

The Chicago Bulls were only human. They could lose, too.

For that reason, the Bulls—then-winners of five of the last seven NBA Championships, including the past two—remained cautious in their optimism. It was Game 7 of the 1998 NBA Eastern Conference Finals. They faced a historic Indiana Pacers team. They knew that The Last Dance could end with a loss.

As the legend goes, their run didn’t end there. The Bulls ran away with a late-game lead to clinch the conference title. Their next task, the 1998 NBA Finals, would be against John Stockton, Karl Malone and the Utah Jazz.

Once again, losing was a possibility.

On Sunday, ESPN’s much-anticipated, ten-part docuseries came to a close. “The Last Dance” was meant to air in June, with episodes televised between games of the 2020 NBA Finals. Instead, in the midst of a global pandemic, ESPN worked around-the-clock to release the story early.

In episodes nine and ten, the filmmakers delivered a sense of chronology viewers have been waiting for. It gave us a sense of hope, a source of entertainment and a subject of discussion in a time of desperate need.

But above all, it made us wonder: was losing really a possibility?

What time is it?

Look, we get it. There was a whole lot to cover. Six championships, six conference titles, three All-Star personalities and countless subplots in between.

But prior to episodes nine and ten, the timeline seemed disorganized.

“The Last Dance” was advertised as an exclusive, behind-the-scenes look at the Bulls dynasty—specifically, their final season and sixth NBA Championship. This presented a challenge: how could ESPN possibly cover the final season of a near decade-long dynasty without providing context on their first five rings?

“The idea of converging timelines we discussed very early in the process as being the easiest way for the viewer to process it,” director Jason Hehir told The Athletic. “There are time warp graphics to help cue the viewer that the story is now going back in time. That’s how the film goes from the 1998 season to a back story.”

They gave us plenty of context. Almost eight hours worth. Between the time warp graphics, narration and countless interviews, the viewers—or, at least, those familiar with the Bulls’ backstory—were rarely confused about the chronology.

Carolina blue uniforms, an interview with head coach Dean Smith and another with UNC legend James Worthy? We must be talking about his collegiate career at UNC. Jordan sporting the number 45 on his Bulls jersey? Now we’ve moved to the 1994-95 season, when Jordan briefly wore those digits following his minor league baseball hiatus.

Again, viewers who knew these parts of the story were never lost in the timeline. We just couldn’t make sense of its organization.

For example: episode five included an opening tribute that read, “In loving memory of Kobe Bryant.” Fittingly, the episode proceeded with the 1998 NBA All-Star Game, where a very young Bryant faced a veteran Jordan under the bright lights of Madison Square Garden, the “Mecca of Basketball.”

Then, they pivoted to a short segment on Jordan’s partnership with Nike, made possible by the sports marketing agency Proserv. That partnership came just before his rookie season tipped off. If you’re following, they just rewinded 14 years. Next up, they included a lengthy segment on—you guessed it—the 1992 United States men’s Olympic basketball team, known colloquially as the “Dream Team,” because what better way to eventually return to the Last Dance than rewinding to the offseason of the Propreantepenultimate Dance?

At times, it felt like I had clicked “shuffle” on a YouTube playlist full of MJ highlights.

The logical timeline of the final episodes didn’t quite illustrate the connection(s), or lack thereof, in previous episodes, but perhaps it justified them. That shuffled YouTube playlist? It was supposed to throw a lot at you. It was just building hype.

Finally, The Last Dance had arrived.

Reliving The ‘Flu Game’ in a Pandemic

One of the greatest moments of Jordan’s career, which came in his final playoff series as a Chicago Bull, had completely dissipated from the minds of many. I was so mesmerized, so drawn into the thousands of other iconic instances in the first eight episodes that I had completely forgotten.

Ironically, millions of people across the world relived the story of Jordan overcoming a severe sickness only to escape from our current reality, which has  been dictated by a far more vicious sickness.

COVID-19 has forced us to socially distance. It has kept us in isolation. Glued us to our televisions, our computers and/or our phones. It has made us desperate for entertainment—and when I say desperate, I mean it: we even watched Solar Opposites, a sitcom based on a family of aliens that were given a spaceship, a “Pupa” (which seems like a cross between a human baby and a slug) and a warning to leave their home planet “Shlorp” before a meteorite hit.

It doesn’t matter whether or not you’re a sports fan. We all needed something new to watch, discuss and dissect. We were running out of ways to distract ourselves.

Along came “The Last Dance.” Surely, it wasn’t ESPN’s intention, but episode nine gave us a sense of hope. We watched as Jordan, overcome with late-night hunger the night before game five of the NBA Finals, ate a pizza from a nearby restaurant.

His symptoms only worsened. Jordan forced himself to play, but seemed like a shell of himself. Minutes into the game, the Bulls called a timeout. Jordan could barely walk. He sunk into his seat with fatigue, draped himself in a towel and slouched over. ESPN kept diving deeper; they kept showing us more.

The audience became obsessed with the turning point. When would Jordan’s mentally and physically draining battle pay dividends?

We all knew it was coming, but we needed to see it unfold in such vivid detail; we needed that sense of hope.

Suddenly, the same sense of adrenaline that fueled Jordan had been injected into the audience. 38 points, seven rebounds, five assists and three steals later, MJ had willed the Bulls to victory. He gave every ounce he had left. Literally. The tank was empty, and fellow Bulls superstar Scottie Pippen practically had to carry him off the court.

Again, it wasn’t intended. But it was needed. Jordan fought through that food poisoning. We can keep fighting Coronavirus.

“The Last Dance” made us wonder what could’ve been. If the Bulls front office had kept this team intact, would they have stopped after six rings? Jordan doesn’t think so.

Ten episodes of “The Last Dance” gave us a thorough understanding of the Bulls’ dominance. Episodes nine and ten were just the culmination—the actual Last Dance—but by then, we had learned the lesson.

Perhaps the better question, given their near-decade of dominance, is this: when Phil Jackson told the media that losing was a possibility, that an opposing team could really get the best of the greatest dynasty in NBA history, was it actually possible?

Watch that again. Imagine being the opposing team, picture yourself standing on the court as the World Champion Chicago Bulls entered to that.