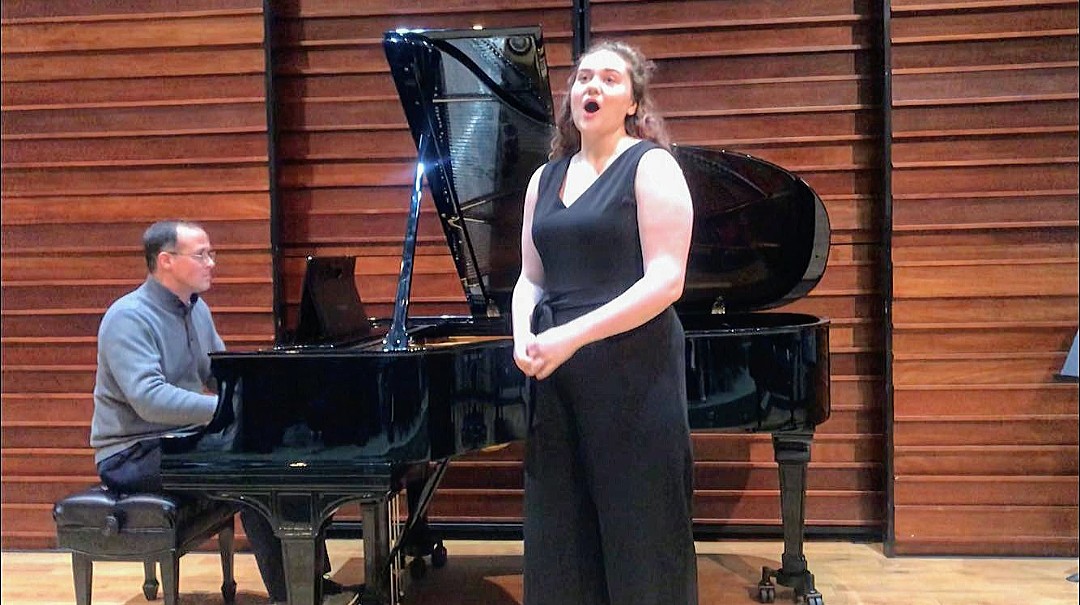 Finding My Voice: Being judged, in more ways than one

During Finals, Blair students are evaluated for both performance and academics

Students frantically trying to claim a practice room. Late night practice sessions. Performances every day of the week. It’s almost finals week, everyone. The time we’ve all been dreading. The two words which, when placed in conjunction, conjure fear, anxiety and in some cases even nausea and tears (definitely tears). Finals week for Blair students is stressful, just as it is for students in other colleges on campus. However it looks a bit different than what most students here at Vanderbilt experience.

The classes that music students take at Blair are roughly half performance based and half academic (for instance, music theory, diction, musicianship, musicology, pedagogy, etc.). This semester I have three written test finals, one final group project and two performance finals, in addition to a 10 page political science paper for a course outside of Blair.

I feel confident in my written tests (*currently knocking on wood*), as they only require some studying from textbooks, but the group project and performance finals have me feeling less assured. These exams are based on more subjective rubrics. The group project I mentioned is for my musicology class: Music as Global Culture. We were tasked with creating a podcast, or something along these lines, that integrates an interview with a local musician performing a musical genre natively found outside the United States.

For my two performance finals I have my Introduction Keyboard performance and my Feedback Performance for my voice lessons. I am a voice major, not a piano major. I repeat, NOT a piano major. I have piano major friends who can sight read music that absolutely astounds me, and yet there I am practicing at Blair, disrespecting any piano I touch with my horrendous abilities.

Voice majors are required to perform eight minutes of memorized repertoire for their final exam, which can be comprised of anywhere from two to four pieces. Some semesters we are allowed to choose which songs we want to fill this space, other semesters it is up to the teachers to choose from the list of all of the pieces we’ve learned from that semester. First-years generally learn six to eight songs, but every year this is increased in order to up the difficulty for students as they grow. Seniors sometimes learn up to 15 songs. This semester we were authorized to choose our own songs (thankfully), which alleviates some of the stress. Yet performance is always unpredictable, and I still get anxious performing in front of the entire voice department, which includes students and teachers. At Blair, we are publicly judged by our peers in performance. I do not mean to say this in a negative way, as everyone is incredibly supportive. But, it is natural to feel nervous because musicians critique one another’s technique, their mistakes and triumphs.

Another added stress is the difficulty of finding a place to practice for our performance finals. For us, practicing is the equivalent of studying, yet it is contingent on there being room somewhere. Often times there isn’t. Every instrument department has its own requirements, however most every department does their evaluations within the same few days, leaving the task of finding an empty practice room increasingly challenging. I thought it would be easier to find a practice room at night, but I was wrong. This week they’re consistently full from about 8 a.m. to 9 p.m., leaving some students to even warm up in bathrooms or hallways.

Like many of you, I’m sure, I just keep reminding myself of the silver lining which is to come out of this week from hell; once we’re done, we’re done for the year. The semester is almost over, and then we get to go home. This being my first semester away from home, I could not be more excited to be reunited again with my friends and family. Thanksgiving break was a much needed relief for how much I missed home. Lately I’ve needed to remind myself to power through the adversity and seemingly impenetrable work loads. Nelson Mandela eloquently articulates this sentiment, stating “It always seems impossible until it’s done.” We’re almost done.

Thanks for sharing! Now I have a much better idea of what students at Blair experience.