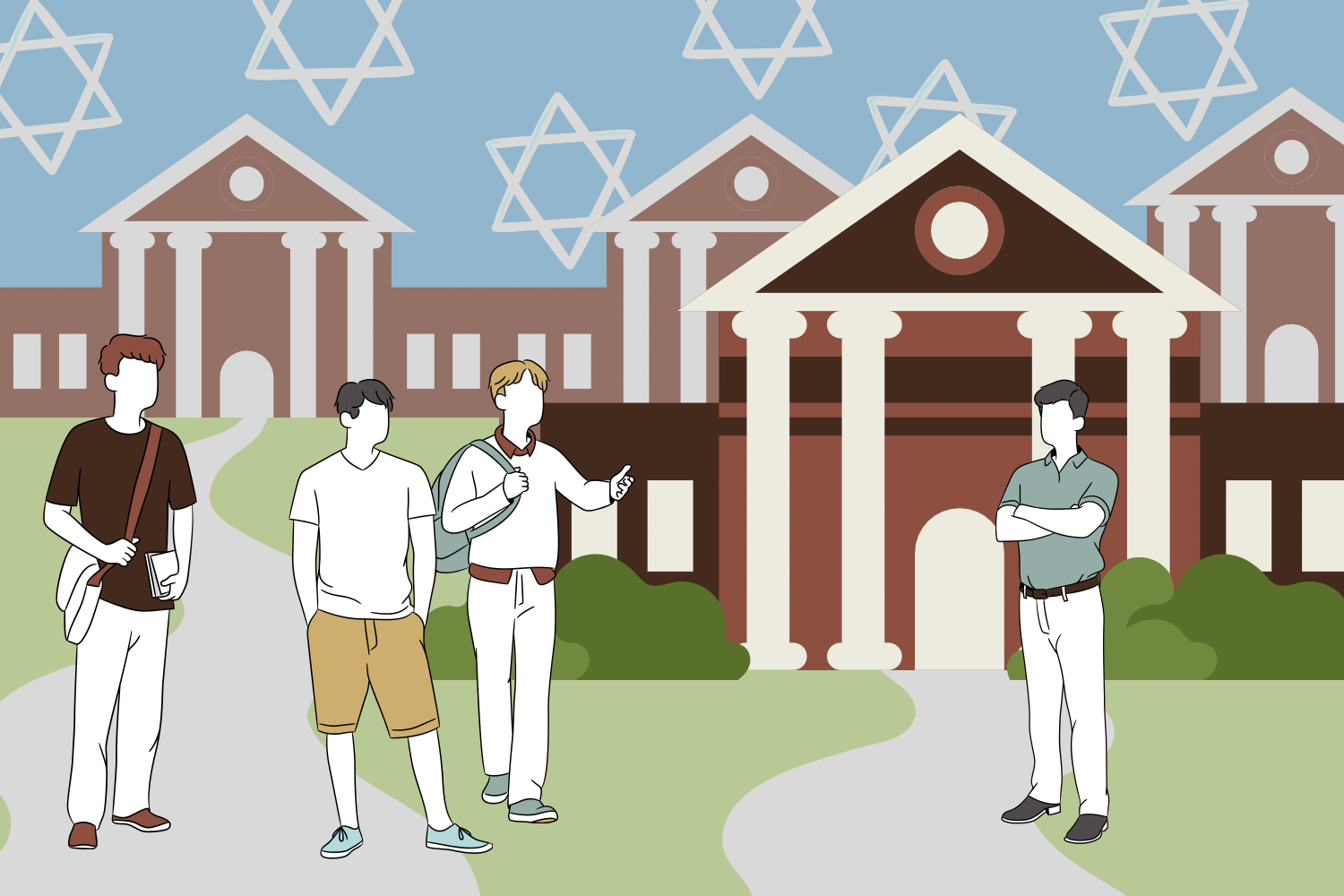 LETTER TO THE EDITOR: ‘Is that a Jewish name?’

In the wake of football assistant coach Dan Jackson’s backing of Ye’s recent comments, Darrell Berger (BA ‘70, MDiv ‘73) reflects on how he was faced with antisemitism during fraternity recruitment over 50 years ago.

Given recent events, I thought your readers might find my experience with antisemitism at Vanderbilt over 50 years ago of interest.

I went through fraternity recruitment as a first-year in the fall of 1966. I was quite excited about the possibility of joining a fraternity, as I had been told that Greeks dominated the social scene. After visiting several, however, I was confused. I felt like I was being ignored, almost invisible.

I knew as a working-class kid from northern Ohio I didn’t have much cache to offer, but it wasn’t like I was the only nondescript freshman going through rush. First-year men were divided into groups of a couple dozen and each group visited each house for maybe an hour or so. The groups were divided alphabetically by last name, so peers with the last names of Borovitz, Blumenthal, Blumberg and so on were in my group.

Most of the houses didn’t want me because they thought I was Jewish, and the Jewish houses were uninterested because they knew I was not. At some houses, almost no brothers spoke to the ‘Jewish group.’ ”

I became friends with Borovitz, Blumenthal and Blumberg; they were nice guys, and I enjoyed their company. I found myself talking with them at mostly all of the houses. Throughout recruitment, I got the impression that none of the frats were interested in me enough to get to know me, except AEPi. When I shared my confusion about this situation with Borovitz, Blumenthal and Blumberg, they immediately enlightened me. “They think you’re Jewish!” they told me. They thought this was hilarious. I was confused. I hadn’t even known that I had a “Jewish” last name or that only two fraternities accepted Jews as brothers, and those houses were the “Jewish” houses.

Most of the houses didn’t want me because they thought I was Jewish, and the Jewish houses were uninterested because they knew I was not. At some houses, almost no brothers spoke to the “Jewish group.” In other houses, there was not that kind of division, but even then the conversation was superficial. We all became AEPis. I did have to explain to the AEPis that, yes, I understood what I was getting into. I received much-unsolicited advice in my dorm, that joining a Jewish fraternity would be the end of my social life and that people would think I was Jewish—oh, the horrors!

It was one of the best decisions of my college life. Two years later, we pledged the first African-American brother in the history of Vanderbilt. That experience was the most enlightening one I had during my time in Nashville, as I learned first-hand what prejudice and power together can do, and also that good faith and courage can overcome both. In the spring of 1970, I became the first non-Jewish president of AEPi.

I learned first-hand what prejudice and power together can do, and also that good faith and courage can overcome both.”

A few years ago, I visited the German village in the Black Forest, where my family originated before coming to America in 1847. I met some cousins. One was of my mother’s generation. She wanted to make sure I was from the right Berger family, as it is a common German name.

She had an old, folded piece of paper that looked official. She said that it had her ancestors on it. After a bit of conversation between her and my interpreter, she was convinced that we were, indeed, cousins. She showed me the piece of paper. It was a letter on official government stationery. At the top was a swastika.

The letter declared that the bearer of the letter was not Jewish, showing her family tree as proof. That letter saved her life and enabled her and her children and grandchildren to be standing there talking with me after all those years.

It would not have occurred to me in 1966 that I could have used one of those letters at Vanderbilt to get into a “restricted” fraternity. In fact, needing one is what convinced me that the last thing I wanted to do was join one of these fraternities.

I was ordained in 1974 to the Unitarian Universalist ministry, which requires no doctrinal test or particular belief. This path appealed to me after these events as an undergrad. I served five churches and retired in 2017.

The Vanderbilt Hustler welcomes and encourages readers to engage with content and express opinions through the comment sections on our website and social media platforms. The Hustler reserves the right to remove comments that contain vulgarity, hate speech, personal attacks or that appear to be spam, commercial promotion or impersonation. The comment sections are moderated by our Editor-in-Chief, Rachael Perrotta, and our Social Media Director, Chloe Postlewaite. You can reach them at [email protected] and [email protected]
All The Vanderbilt Hustler picks Reader picks Sort: Newest
Subscribe
Login
3 Comments
Newest
Oldest Most Voted
Inline Feedbacks
View all comments
V
vandy undergrad

As a friend and colleague of Darrell Berger’s, I was moved and shaken by his story. I also admire the stance he adopted in his early adult years, an ethical position he’s held ever since to the best of my reckonings.
There is no reasonable basis for anti-Semitism, as that kind of social pathology doesn’t adhere to reason. But many do not realize, as I did not for a number of years, how entrenched and pervasive it is in our society.
I wonder if more of the world will evolve to the level of 15 year old Anne Frank, who wondered why people were hated for their religious affiliation, rather than judged for the human beings they are. Congratulations, Darrell