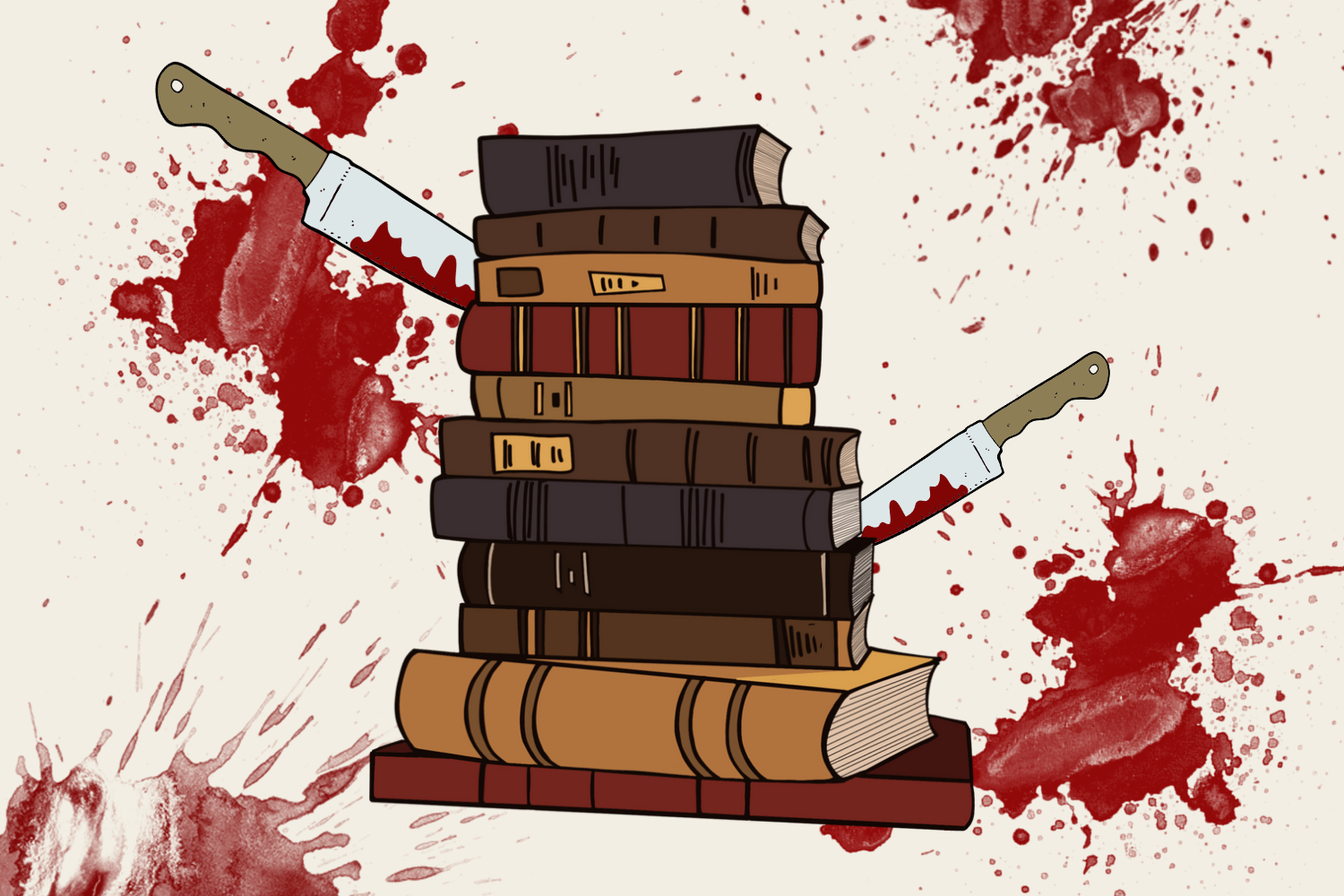 FEUER: Every Vanderbilt student should be reading ‘The Satanic Verses’

The horrific attack against author Salman Rushdie serves as a reminder that freedom of expression is always at risk. The best way we can fight back? Reading his controversial book.

Editor’s Note: This piece contains mention of assault and violence.

That’s a quote from Indian author Salman Rushdie, the victim of a vicious assassination attempt last week that shocked the world. Literary enthusiasts know Rushdie for his books including “Shame,” “The Moor’s Last Sigh” and the Booker-award-winning “Midnight’s Children.” But by far his most well-known book is the controversial 1988 novel “The Satanic Verses,” a satirical, magical-realist examination of Islam through the eyes of two Indian-English Muslim men who survive a Sikh airplane hijacking.

Upon its publication, “The Satanic Verses” was positively received in the Western world, with critics particularly impressed by Rushdie’s ambition. However, in the Muslim world, the novel sparked immediate controversy for perceived blasphemy and degradation of Islam, especially for its unconventional portrayal of the prophet Muhammad, one of Islam’s most sacred figures. This controversy culminated in perhaps one of the most blatant attacks on literature ever: The issuing of a fatwa (edict) by Iran’s former supreme leader Ayatollah Ruhollah Khomeini ordering his followers to murder Rushdie in 1989. It would be the first of many death threats made against Rushdie.

No matter how hateful a piece of writing, violence is never an appropriate response. Important literature is challenging, complicated, and uncomfortable.”

One would assume that Khomeini must have been gravely offended by the book to even consider such a vicious declaration. You may be surprised to learn, then, that Khomeini did not read a single page of Rushdie’s novel. Like so many political attacks against freedom of expression, Khomeini’s fatwa was about nothing more than taking advantage of controversy in order to consolidate power. Instead of engaging with the complex themes of the novel, questioning its content in discussion and challenging Rushdie through public discourse, Khomeini preferred his followers to forgo reading the book at all. Khomeini bet on religious zealots blindly trusting him, sparking in them a strong contempt for Rushdie and the countries that embrace him.

He was right. On August 12, 33 years later, Khomeini-admirer Hadi Matar brutally stabbed Rushdie on American soil. The attacker had only read two pages of “The Satanic Verses.”

No matter how hateful a piece of writing, violence is never an appropriate response. But is Rushdie’s novel even at all hateful? There is no doubt that “The Satanic Verses” is controversial in its attempt to satirize a religion sacred to so many people. Controversial, however, does not always mean ill-intentioned.

Rushdie himself has made clear that the novel is in no way meant to attack Islam, emphasizing Islam’s importance in his life. In fact, Rushdie—now an atheist—was raised Muslim. Does Rushdie’s lack of malice excuse misrepresenting Islam? Is Rushdie truly misrepresenting Islam, or is his fantastical allegory simply a new way of expressing the religion?

“The Satanic Verses” is a book that begs to be criticized. Khomeini, even after his death, controls the narrative of Rushdie’s book more than the book’s actual narrative. ”

These questions have no definitive answer—and that is precisely the point. Important literature is challenging, complicated, and uncomfortable. For example, “Lolita,” one of the world’s most widely revered novels, is, on its surface, about a pedophile sexually exploiting a twelve-year-old girl. How could such a topic, so incredibly offensive, be the basis of a beloved novel? When read carefully and in its entirety, it is not simply the story of a predator, but also a meditation on morality, desire and power dynamics. That is not to say the book is accepted by all—many denounce it as glorifying child sex abuse and normalizing predatory behavior. But “Lolita,” “The Satanic Verses” and other books like these are part of the literary canon precisely because they elicit such strong reactions.

Whether you love them or hate them, these books push you to think about things you have not before.

“The Satanic Verses” is a book that begs to be criticized. That’s why Khomeini’s fatwa is still so effective 33 years later; by deliberately taking the book out of context, it is portrayed as nothing more than a deliberate and intentional attack on Islam. The fatwa not only robbed Rushdie of a normal life but also robbed “The Satanic Verses” of the nuance with which Rushdie crafted it. Khomeini, even after his death, controls the narrative of Rushdie’s book more than the book’s actual narrative.

We, as people, as Americans and especially as college students, have an obligation to fix this wrong. Reading “The Satanic Verses” after the Rushdie attack is an important way to show violent fundamentalists that they cannot silence us with fear. Just as importantly, reading the novel allows it to exist not simply as a political pawn but to exist how Rushdie intended it to. I urge you to read “The Satanic Verses” and discuss it with your classmates and professors. Take an English course where you can discuss Rushdie’s novel in a safe, open space. Engineers, music majors, pre-med students—no matter your major, engaging with Rushdie’s book will enrich your studies by challenging the way you think. Whether you find it offensive (and you very well might), what matters is that you will have read it, reflected upon it and formulated an opinion based purely on Rushdie’s words.

“The Satanic Verses” was hijacked by those who wish to subdue conversation and thought. For the sake of freedom and the sake of literature, it’s time we take it back.

The Vanderbilt Hustler welcomes and encourages readers to engage with content and express opinions through the comment sections on our website and social media platforms. The Hustler reserves the right to remove comments that contain vulgarity, hate speech, personal attacks or that appear to be spam, commercial promotion or impersonation. The comment sections are moderated by our Editor-in-Chief, Rachael Perrotta, and our Social Media Director, Chloe Postlewaite. You can reach them at [email protected] and [email protected]
All The Vanderbilt Hustler picks Reader picks Sort: Newest
Subscribe
Login
1 Comment
Newest
Oldest Most Voted
Inline Feedbacks
View all comments
A
Ari