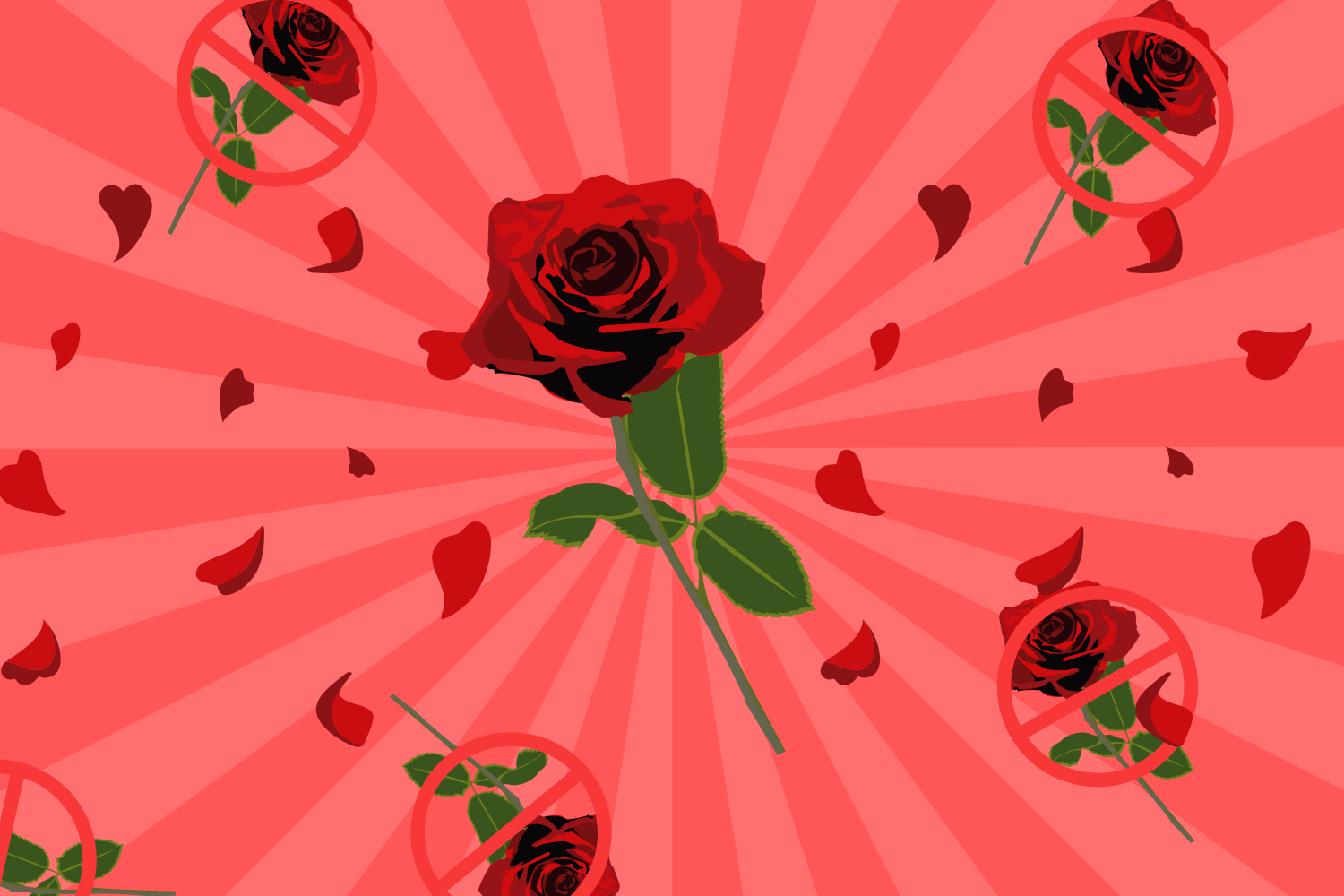 Graphic created on April 18, 2022 depicting roses as seen on The Bachelor. Dating and love can often be irrational. (Hustler Multimedia/Alexa White). (Alexa white)

Graphic created on April 18, 2022 depicting roses as seen on The Bachelor. Dating and love can often be irrational. (Hustler Multimedia/Alexa White).

Couples are getting canceled everywhere, from “The Bachelor” to the Supreme Court, but do they deserve it? Could “cancel culture” be a disguise for our own insecurities?

“I am in love with you,” Clayton said.

“…I don’t know, do you feel that way with someone else?” Susie said with hesitation on the finale of “The Bachelor” Season 26. “Or have you slept with another woman?”

He had. Two, actually. After Clayton endlessly insisted that Susie was at fault for not telling him to keep his hands to himself, he walked her to the limo in anger.

“In my eyes, you just invalidated everything that we had,” he said.

Of course, Twitter broke out in a frenzy accusing Clayton of gaslighting and sexism. Today, of course, Clayton and Susie are back together.

Dating and love can be irrational. Some relationships are challenged by past actions that don’t align with an individual’s apparent character, infidelity and vastly different political ideologies. A relationship can also be called into question when both individuals are involved in an external conflict of interest.

It seems that when one member is in the wrong and their partner stays committed to them, both are swiftly and publicly canceled.

We often judge relationships because we assume that, by committing to one, individuals take on full responsibility for each other’s actions. They act as one. Why would Susie support a man who had slandered her and sent her home in a limo like a sad puppy? How can we trust a judge on the Capitol insurrection trial whose wife was deeply involved in Donald Trump’s post-election strategy? The fabric of a successful relationship may render this form of “cancel culture” unjustified.

“The Bachelor” and Clarence and Virginia Thomas raise the question of how much responsibility we bear for our partners actions’. In a case similar to Clayton’s, the first Black Bachelor Matt James in Season 25 discovered that his finalist Rachel Kirkconnell was pictured at an antebellum-themed party back in college—after he had chosen her as the winner. The controversy created a scandal and Kirkconnell was accused of racism, but, after a short time apart post-show, they resumed their relationship and are still together today.

A romantic relationship shouldn’t be opened to public scrutiny in the first place because its success is not dependent on anything that the public is capable of judging. Thus, any fiasco that Twitter is capable of stirring up likely won’t be constructive to a couple in the public eye.

In his book “The Happiness Hypothesis,” NYU Professor of Ethical Leadership Jonathan Haidt defines two types of love: passionate and companionate. While passionate love induces dopamine and feelings of complete safety, companionate love grows out of general self-awareness and empathy that enables love to persist even when the “honeymoon phase” is over.

While both types of love can sustain a relationship through controversy, those with “companionate” love will not become manipulative and indifferent the moment that a love does not entirely benefit them. There is no reason that past racism, sexism or political divisiveness should threaten them because the companionate love would drive them to compromise or fight their biases for the sake of their partner in the present.

Whether a couple can move forward after past controversy depends on whether they share passionate or companionate love, which is nearly impossible for the public to see or predict. It doesn’t make sense to “cancel” someone for dating a problematic person.

We simply don’t know if Clayton’s gaslighting behavior means he’s a misogynist who will never support his wife. Only Susie and Clayton know the nature of his love.

Does present behavior raise questions in a relationship? Consider Elon Musk’s past relationship with Grimes, an overt communist. Elon thrives under and supports capitalism, and she enjoyed the wealth and lifestyle that he acquired thanks to it. If you materially benefit from your partner’s behavior which you claim to denounce, that is just a classic case of hypocrisy.  But assuming that one is compromising their beliefs simply by being in a relationship falsely assumes that two people share everything when they become partners, that passionate love dominates and that companionate love cannot exist.

If Matt and Rachel share a companionate love, that will mean she has already left racist beliefs behind and learned to support him. It is not my place to judge his, or her, discretion on whether she has reached this point yet.

Proponents of cancel culture may argue that if Matt James loves Rachel in spite of her past actions, he is perpetuating injustice. This argument falsely assumes that the couple only has a passionate love. Passionate love is a shallow love that causes one to dismiss disagreeable behavior without recourse. While Matt and Rachel may share this love, they may also be self-aware enough to change their ways and grow as a couple. It is all too personal for us to know.

As young people, we often subscribe to the myth of “true love”: that love is made to last forever, and if it doesn’t, it was never there at all. In reality, this “end” is usually only the end of passionate love, and we can still push to develop companionate love.

Both Clayton and Susie and Matt and Rachel faced the reality early on that passionate love doesn’t last forever. They committed themselves to one another despite questions and learned that lasting love makes room for differences when you are willing to learn and be empathetic to your partner.

In contrast, Clarence and Virginia Thomas did not face questions to their relationship but to how it might impact Clarence’s judgment on the bench.

Most people have the understanding that spouses are unconditionally supportive of each others’ behavior. One partner might stand up for a spouse experiencing public scrutiny or speak on behalf of a spouse running for public office.

In this case, there is evidence that the Thomases have worked together on conservative activism for much of their lives. But if the Thomases did happen to have vastly different political views and involvements, we couldn’t afford to let the “myth of true love” get in the way of our accurate evaluation of the situation.

Companionate love is key to long-term relationships, and we need to stop assuming that couples in the public eye will display perfect, passionate love. It is impossible to pick partners who meet standards of perfection or completely match one’s opinions of the world. Our judgments of relationships are only useful when there is evidence of external conflicts of interest. Otherwise, we are only ruining celebrities’ lives and fooling ourselves into a false idea of “passionate” love that will atrophy our real-life love.

These false expectations may not only be rendering our judgments useless but also keeping us from a love that is companionate and worthwhile ourselves.