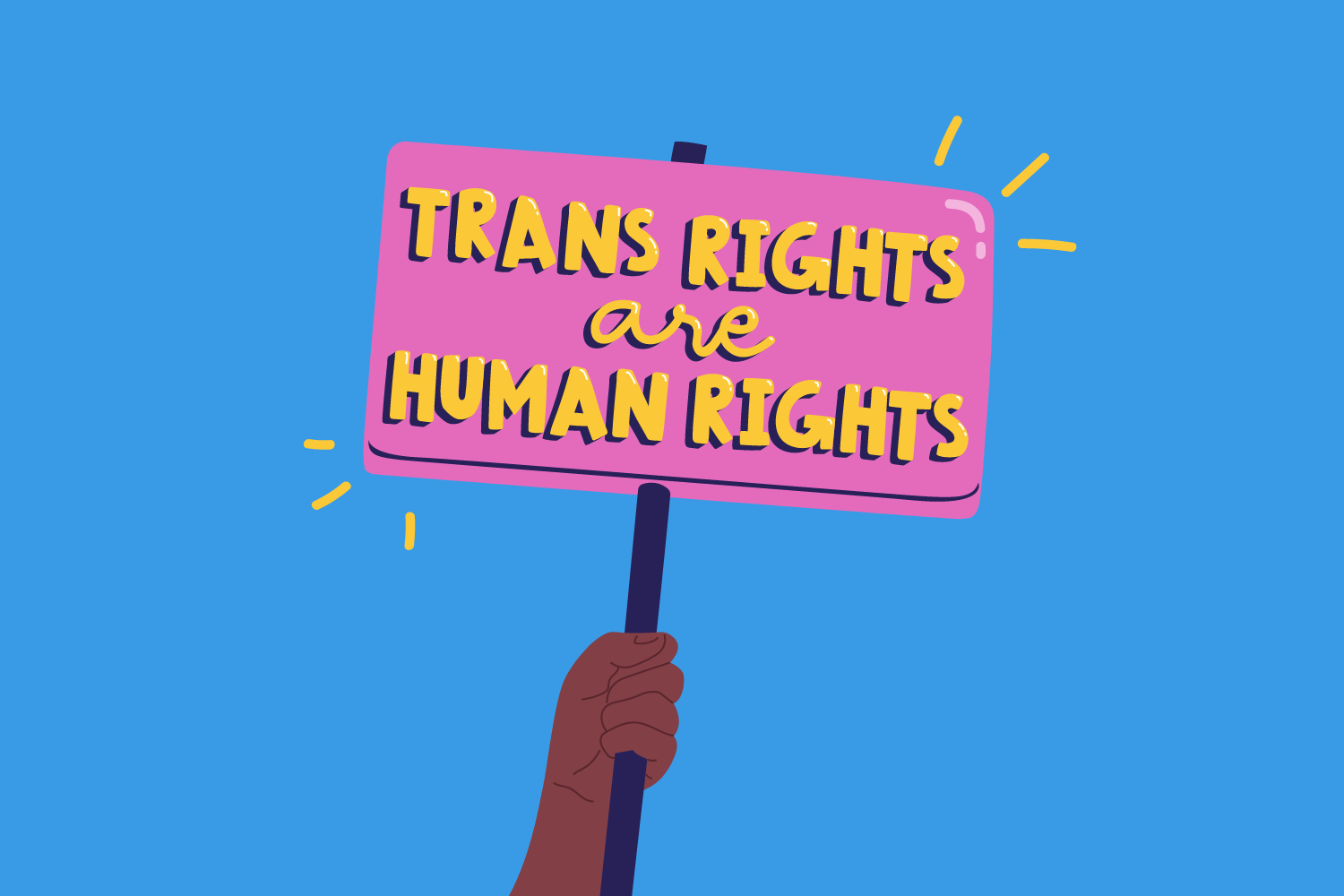 House Bill 0578 could have devastating effects on the transgender community at Vanderbilt and in Tennessee as a whole.

If HB 0578 passes, minors that wish to undergo gender affirmation surgery will be unable to do so unless their parent or guardian consents and unless three separate physicians recommend the surgery. Gender affirmation surgery includes surgical procedures that give transgender individuals physical attributes that align with their gender identities, such as chest and facial reconstruction and genital surgeries.

HB 0578 would also completely prohibit pre-pubescent minors from receiving gender affirmation surgery. Additionally, this bill would charge parents with child abuse if they help their child receive gender-affirming care. This means that parents who seek resources for their transgender kids may be charged with a felony.

As of March 24, HB 0578 was in the health committee with Tennessee’s state legislators. The bill’s sponsors include seven republican representatives, all of whom are cisgender and six of whom are men. They have no understanding of what being transgender means, what gender dysphoria feels like, or how to keep the trans community safe—they are not the people who should be making decisions for transgender youth in Tennessee.

HB 0578 is just part of the recent wave of anti-LGBTQ+ legislation across the country—a pattern that is extremely alarming. We cannot escape homophobia and transphobia in Tennessee where legislation like HB 0578 is being seriously considered.

Vanderbilt is in no way immune to the effects of anti-transgender legislation.

If you’re cisgender like me, learn how to be the best ally to the transgender community at Vanderbilt. Regardless of if you have trans friends or not, it’s crucial that we create a community that resists the harmful legislation put forward by our state’s lawmakers right now.

If you hear anti-transgender rhetoric, speak up. Make it known that you will not stand for transphobia.

Vanderbilt’s Office of LGBTQI Life at Vanderbilt provides a series of resources for non-cisgender students and allies at Vanderbilt, including a webpage titled “Trans @ VU” which is a centralized database of information for non-cisgender students and allies at Vanderbilt. Trans @ VU includes a list of support opportunities offered by Vanderbilt and the greater Nashville community. These opportunities range from Vanderbilt-run affinity and support groups to two Nashville transgender organizations. Their site also provides information on navigating name changes and pronoun changes, trans medical health on campus, all-gender bathroom locations, and a general guide to navigating various aspects of being a non-cisgender Vanderbilt student.

HB 0578 sends a clear message to the transgender community at Vanderbilt and in Tennessee that their authentic selves are not wanted, included, protected, or loved. It’s our responsibility as Vanderbilt students to counter this narrative, to send love and support to our transgender or non-cisgender friends and to show that we do not share the transphobic beliefs of Tennessee’s lawmakers.

The Vanderbilt Hustler welcomes and encourages readers to engage with content and express opinions through the comment sections on our website and social media platforms. The Hustler reserves the right to remove comments that contain vulgarity, hate speech, personal attacks or that appear to be spam, commercial promotion or impersonation. The comment sections are moderated by our Editor-in-Chief, Rachael Perrotta, and our Social Media Director, Chloe Postlewaite. You can reach them at [email protected] and [email protected]edu.
All The Vanderbilt Hustler picks Reader picks Sort: Newest
Subscribe
Login
5 Comments
Newest
Oldest Most Voted
Inline Feedbacks
View all comments
H
H. P. W.

Read the article on the website and the editor’s note before reading this.
[https://vanderbilthustler.com/2022/04/10/rich-tennessees-attack-on-transgender-children/, accessed 10/2/22]

I read through this article to look for evidence about the impact of gender-affirming surgery on the health of children. This was the first occurrence of scientific or empirical evidence used to support this point

”
Researchers at Harvard Medical School conducted a study in 2021 that found a 44% “reduction in the odds of past-year suicidal ideation” in transgender individuals that had undergone one or more gender-affirming surgeries.
“

TLDR on the study in question:
Link – (https://jamanetwork.com/journals/jamasurgery/fullarticle/2779429 )

The article’s dataset is below.
”
The 2015 USTS was a cross-sectional, nonprobability sample of responses from 27 715 TGD adults from 50 US states, Washington, DC, US territories, and US military bases abroad. It was disseminated by community-based outreach and administered online from August 19, 2015, to September 21, 2015. The USTS protocol was approved by the University of California, Los Angeles institutional review board.8 The protocol for the present study was reviewed by the Fenway Institute institutional review board and did not meet criteria for human subjects research. For this reason, consent was not obtained.
”

The article argues that they have an ideal control group
”
[this is] the first large-scale study on this subject to use the ideal control group to examine associations between gender-affirming surgeries and mental health outcomes: individuals who desire gender-affirming surgery but have not yet received it. Experts have cautioned against using comparison groups that conflate TGD people who did not undergo gender-affirming surgery because they were waiting for it with TGD people not seeking it in the first place. Inability to differentiate these 2 groups likely contributed to the lack of significant mental health benefit observed in the 2019 large-scale study on this subject.13,30
”

The article explains the differences between the control and exposure group
“Compared with the control group, the exposure group had higher percentages of respondents who were older, employed, more educated, endorsed family rejection, reported having health insurance, and reported higher household income. Respondents in the exposure group were more likely to endorse a history of gender-affirming counseling, pubertal suppression, and hormone therapy
”

And the article also acknowledges the limitations of the study itself.
”
Our study has several limitations. The nonprobability sampling of the USTS may limit generalizability. All measures are self-reported and may be subject to response bias. Furthermore, the USTS only offers data on experiences with 10 specific types of gender-affirming surgeries and does not capture the full range of procedures that constitute gender-affirming surgery. Lastly, because this is an observational study, it may be subject to unmeasured confounding. Much of the literature on mental health benefits of gender-affirming surgery has been complicated by inability to adjust for a key confounder: baseline mental health status. Our post hoc analysis demonstrates that lifetime suicidality and substance use behaviors are not associated with the exposure variable in this sample. Therefore, prior mental health factors do not appear to confound associations between gender-affirming surgery and subsequent mental health outcomes in our study. There may nevertheless be other types of mental health problems not captured in the USTS that confound these associations. These limitations highlight the need for larger probability-based surveys with TGD communities, more consistent gender identity data collection across health care systems, and more comprehensive baseline health data collection with TGD populations.
”
=============

The first and only use of scientific evidence to argue that gender-affirming procedures will benefit the health of children uses a study using data from adults. It’s misleading to use this statistic and apply it to children.

Further, the paper claims that lifetime mental health measures were not associated with exposure to GA surgeries.

GA surgeries are not resulting in better mental health outcomes for adults over the course of their lifetime. The surgeries in question come with a demonstrable cost (infertility, surgery complications, financial), and when dealing with minors, there are additional ethical constraints which are not considered for adults.

It may feel correct to argue that GA surgery should be allowed for every child that wants to do it, but is it based in reason? Is it good medical advice to allow a child to make a life-changing decision outside their parents authority which will not on average improve their lifetime mental health and comes at a risk to themselves and their parents?

A reasonable way to use this data to make an alternative argument is as follows:

A reasonable investigation from this data could look like the following:

Why does GA surgery lead to short term reduction in suicidal ideation in adults, but no significant change to short-term suicide attempts? Are there any simple, known, effective and/or safe treatment for children which can reduce one or more of their MH measures in the short term more or equally effectively than GA surgeries?

If you want a child to have a better MH outcome, guardians may choose not to have surgery which comes with complications and cost, which reduces their own ability to provide for their kids effectively. Further, over their lifetime it is not shown to reduce several mental health measures. Treatments which improve short term MH outcomes without GA surgery should not be considered transphobic if they can provide better health outcomes for individuals at lower risk and cost.

There is a financial incentive to perform these expensive and intense surgeries from institutions. Rather than considering more than one opinion, using relevant data to the subject of children, and considering the long term health outcomes to be relevant, the takeaway of the article is to “Make it known that you will not stand for transphobia”, That statement is a powerful statement to your empathy and your values, but it means we can’t consider alternative treatments because they aren’t the currently accepted treatment….

This has to be satire. Look, feel free to come out in support of “chest and facial reconstruction and genital surgeries” for “pre-pubescent minors” — I suppose that’s your right — but are you seriously saying that anyone who suggests that maybe this doesn’t sound like the smartest thing to let a 9-year-old do without at least running it by her parents is spewing “dangerous” “anti-transgender rhetoric?”

As a parent who struggled with age of consent and entitlement issues while financially funding a minor child, I ask why shouldn’t parents rights be also considered? I do agree that requiring three physicians approval is excessive and unnecessary. Otherwise, I support the Bill. I experienced a lesbian declaration from a minor that changed her mind after puberty – what if she had unapproved transgender surgery and then changed her mind after it became irreversible and too late? I do not consider myself to be a bad person or homophobic – supported by many LBGTQ+ friends and family. I find these issues are rarely black or white and that calling each other names is not helpful. Please try to understand what drives these legislators and constituents before you judge us – perhaps then we can work together for solutions.

a decidely one-sided article. use of the term transphobe is designed to shut down civil discussion.
as for affirmative care for “transgender” children a recent study says not so
https://www.tandfonline.com/doi/full/10.1080/0092623X.2022.2046221