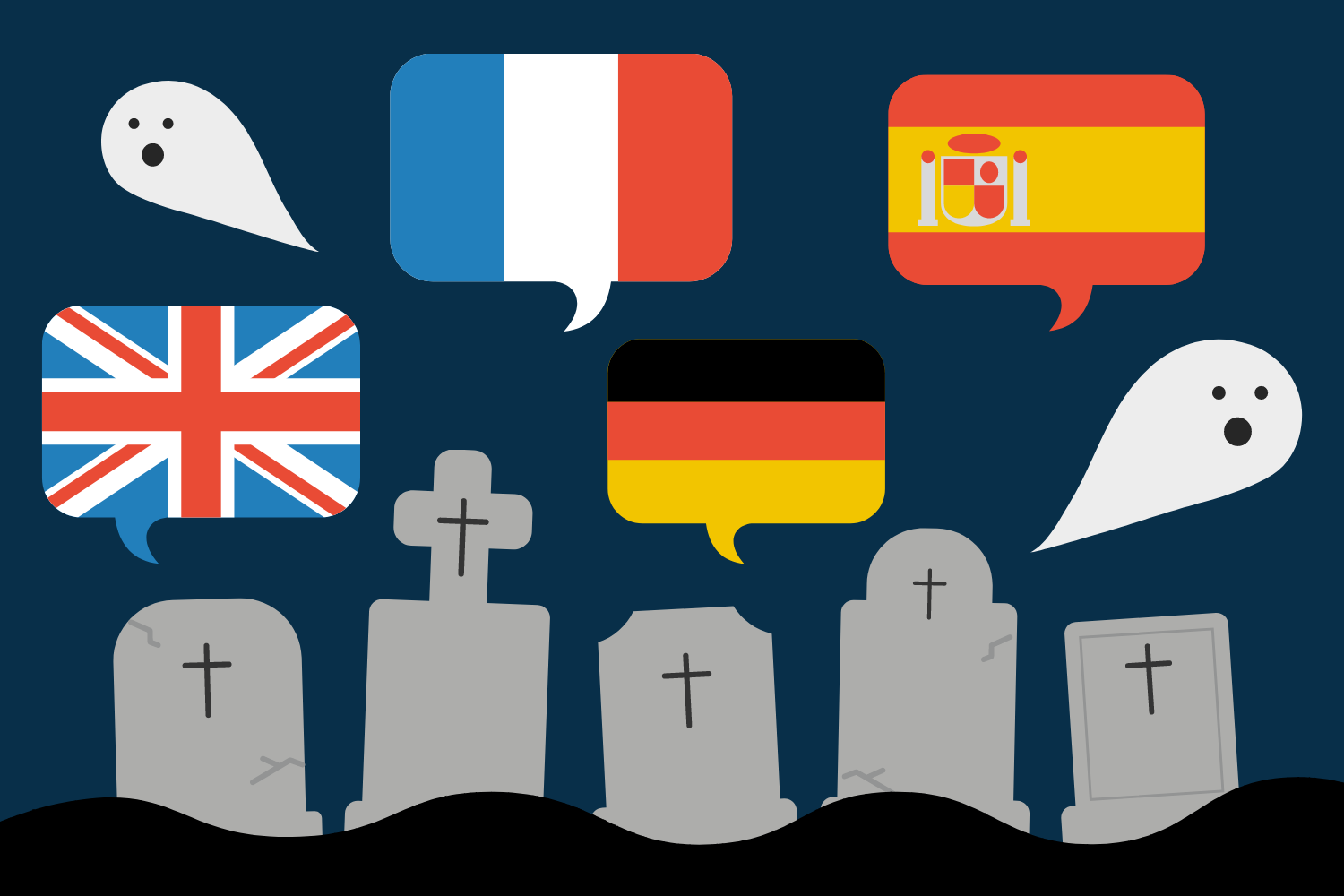 As far as the language PhD programs are concerned, the only investment seems to be divestment.

After the 2013 financial collapse that led the city of Detroit to declare bankruptcy, gardens at abandoned industrial buildings and houses continued to sprout as though nothing had changed. The locals who remained called them “ghost gardens” because they gave the appearance that something was still there, when all that was left was the absence of what once was. Modern foreign language study at Vanderbilt has a lot in common with Detroit’s “ghost gardens,”: it gives the appearance that something remains, when it is haunted by a glaring absence: its Ph.D. programs in French, Spanish and Portuguese.

Many Ph.D. programs in the humanities and social sciences paused their admissions during the pandemic. There were many reasons to do so: the academic job market bottomed out and hiring freezes made it impossible for state institutions to admit Ph.D. students who are employed as TAs or instructors. While admissions have resumed at top research-oriented universities like the University of Maryland, College Park, LSU, and the University of Illinois at Urbana-Champaign (at least for French), Vanderbilt, instead, led the way in the opposite direction by closing three of its four PhD programs in Modern Languages.

How can Vanderbilt continue to consider itself a top research university when it so unceremoniously shutters four of its humanities research programs? How can a university whose mission is to “bring out the best in humanity” do so while simultaneously divesting in the humanities?

In January, Vanderbilt announced that it was dissolving the McTyeire International Program and the graduate programs in Spanish and Portuguese “in a broader effort to ‘enhance’ language education.” I ask, how can you enhance language study by dissolving programs and structures that support those endeavors? Indeed, there is the hope that there will be a restructuring of language study at Vanderbilt under the residential college model. However, statements from university leaders do not instill much confidence:

“We don’t know what that’s going to look like right now, and all sorts of options could be on the table,” [Dean Roger] Moore said when speaking to the Hustler. “Dean [John] Geer is going to form a committee of faculty—with lots of student input and maybe student members—I don’t know, to talk about this. It will be convened relatively soon.”

When I spoke to the Hustler in 2020, after my Director of Graduate Studies revealed that French would not be accepting new students in Fall 2020, the line was the same.  Dean Geer made it clear that the College of Arts and Science wanted to make “investments in academic excellence.” Yet, it was never divulged to the Ph.D. students what excellence entailed, nor was it clear what investments would be made. We were simply informed by our Director of Graduate Studies that the program would no longer be accepting new students. As far as the language Ph.D. programs are concerned, the only investment seems to be divestment.

Programs like French and Spanish and Portuguese at Vanderbilt have always been tightly knit, intimate programs of study. You can find professionals and professors throughout the world with Vanderbilt language PhDs. The university invested in our programs and paid us to teach one 18-seat introductory and intermediate language course per semester (for instance, see the “About our Graduate Program for the Ph.D. in Spanish and Portuguese”). Chances are, if you were an undergraduate at Vanderbilt taking a 100 or 200 level language class in French, German, Spanish or Portuguese, your instructor was a graduate student. As graduate students, we invested our time in teaching undergraduate students, contributing to the Center for Second Language Studies (CSLS), and served as TAs for Vanderbilt’s innovative partnership with the University of Virginia and Duke University where Vandy students could take Turkish, Swahili, K’iche’ Maya, or Haitian Creole. We invested because we were invested in. Now, these programs have been cut.

I have a Ph.D. from a program that no longer exists.

The Ph.D. in French Studies passed on without much outcry. At times, it felt like speaking out against these forced changes could bring consequences. When I spoke with the Hustler in 2020, I was applying to jobs—would my outspokenness impact my search?

At the time, Dean John Geer wrote to The Hustler saying that not all graduate programs were of equal caliber. Putting aside the fact that a public statement like this undermines community trust, what would the consequences have been, for instance, if I were to ask Dean Geer which graduate programs were on the chopping block? How could I advocate for my profession without harming my professional prospects? How can we make the argument that these programs matter and deserve more dignity than to be forced into the shadows for the sake of saving a buck?

As Russia wages war in Ukraine; as multilingual migrants from Brazil, Haiti, and Central America cross the US southern border; and as we collectively try to find a common language of discourse in the United States, where will we be if research universities like Vanderbilt decide that languages are not profitable? And who said that the raison d’être of universities is profit, anyway? Who will teach Vanderbilt undergraduates French, Spanish, and Portuguese as well as other languages?

As Vanderbilt pours $106 million dollars into the Graduate Village, one has to ask if the university has traded investments in physical infrastructure for divestments in our human infrastructure? Perhaps we should look at Furman Hall, where the Modern Languages departments are housed, and see if the crepe myrtles and daffodils still bloom. That will tell you where the investments went.

Nathan H. Dize received his Ph.D. from Vanderbilt University in French Studies in June 2021 and is a Visiting Assistant Professor of French at Oberlin College where he teaches French language and cultural studies.

The Vanderbilt Hustler welcomes and encourages readers to engage with content and express opinions through the comment sections on our website and social media platforms. The Hustler reserves the right to remove comments that contain vulgarity, hate speech, personal attacks or that appear to be spam, commercial promotion or impersonation. The comment sections are moderated by our Editor-in-Chief, Rachael Perrotta, and our Social Media Director, Chloe Postlewaite. You can reach them at [email protected] and [email protected]
All The Vanderbilt Hustler picks Reader picks Sort: Newest
Subscribe
Login
5 Comments
Newest
Oldest Most Voted
Inline Feedbacks
View all comments
T
Thank you

Thank you for this piece, Nathan. It’s so frustrating to see Vanderbilt and other institutions devaluing the humanities and languages in particular. It seems that Vanderbilt does not care about the liberal arts ethos and only cares about profit, which is no surprise, but it’s disappointing.

Dean Geer’s entire strategy for campus is to shut down programs that contribute to student life and never replace them. McTyiere, the Greenhouses, the Language Departments several programs. It’s also quite telling that he said there “might” be student input. How do you make these major decisions without using students as the primary source?

The disconnect between admin and students grows everyday.

Thanks for your piece. As a current undergraduate French major, I am very disappointed in the university’s decision. I had for years looked forward to one day completing a PhD in French, but no longer. It is clear that even the most prestigious universities in America are devaluing language study. It’s shameful that they are claiming to enhance language study when they don’t even have a plan to replace what they are taking away.

Thanks Drew. I completely support your wish to pursue a PhD in French – a degree is always what you make of it for yourself. I’d be happy to talk with you about this step if you’re still considering it.

Thanks for your offer. I may ultimately decide to return to a PhD down the road. And yes, it doesn’t have to lead to a dream job, it could just be something that I want to do for me.