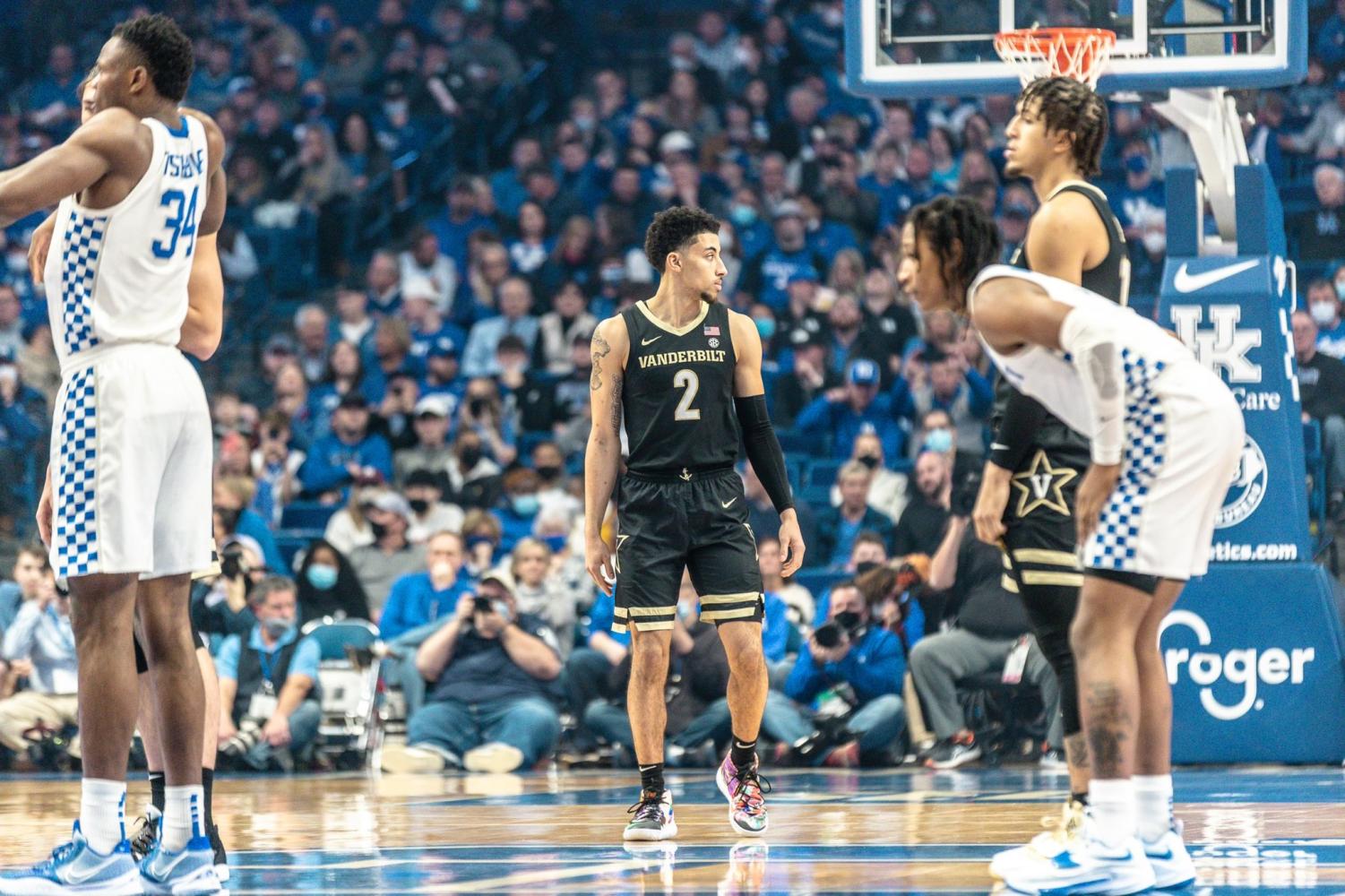 Scotty Pippen Jr. looks to the sideline during Vanderbilt’s loss to Kentucky on Feb. 2, 2022. (Vanderbilt Athletics)

Nine games plus one guaranteed SEC Tournament game remain in Stackhouse’s third year on West End. At this time in 2020, the head coach had already lost Aaron Nesmith to injury. At this time in 2021, he would soon lose Dylan Disu to a similar fate. This year, barring any unforeseen injuries, he is adding pieces late in the year. With a full roster at their disposal and a chance at the program’s first winning record since 2017 on the line, the Commodores’ stretch run is something to be excited about.

Robbins to the Rescue?

It has been a long road back to action for Robbins, the Big Ten’s leader in blocked shots last season, but step one was taking the floor in real competition. Check that off the list.

From all accounts, Robbins has hardly participated in 5-on-5 in practice and it was evident on Wednesday that he has a long way to go before being properly integrated into the flow of Vanderbilt’s offense. Is 10 games enough time for Stackhouse to achieve what he envisioned when he signed Robbins? Only time will tell.

While giveaways hurt the Commodores all night long against Kentucky, one stretch of five minutes in particular killed Vanderbilt’s chances of pulling the colossal upset.

Mintz, a career 36% 3-point shooter, has now hit a ridiculous 13 of 26 3s against Vanderbilt in four career matchups. His career-high 21 points on Wednesday made him the sixth different Wildcat to score 20-plus at some point this season and left Commodore fans hoping he can’t find a way back to Lexington for a seventh year of eligibility next season.

Getting One for Shan

A seven-point loss to the nation’s No. 5 team is not cause for concern. I would argue the performance actually should provide some incredible momentum heading into a contest with a vulnerable No. 25 LSU team this Saturday.