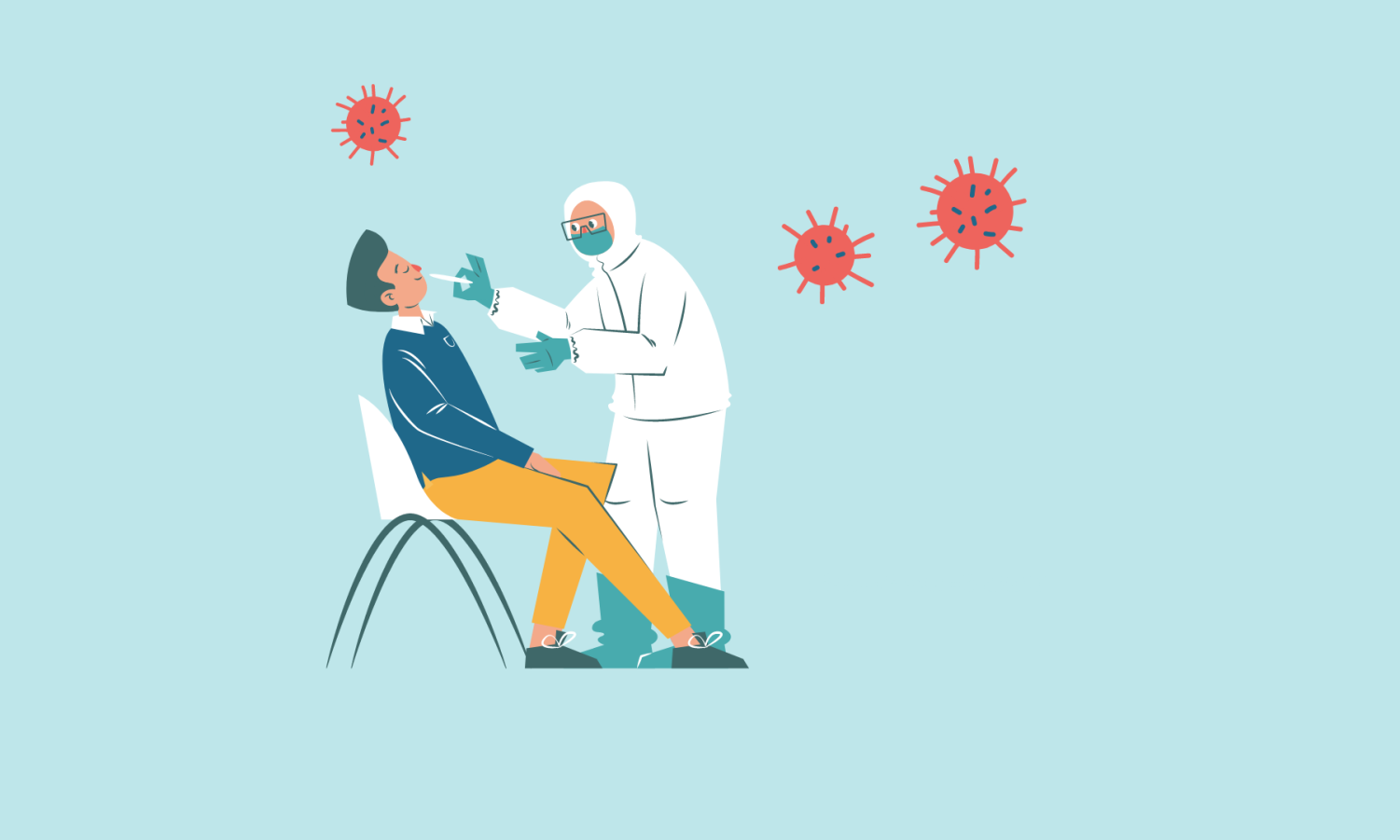 It is clear that university guidelines are simply performative and based on fear. (Hustler Staff/Zoe Abel) (Zoe Abel)

It is clear that university guidelines are simply performative and based on fear. (Hustler Staff/Zoe Abel)

The protocols for returning to campus this weekend will likely be ineffective despite the extensive restrictions.

We’ve been living with COVID-19 for almost two years now, so another variant isn’t anything new, even if it’s the most transmissible yet. The omicron variant has had its initial surge, causing extensive economic and social problems, especially as schools across the country reopen.

While my brother is back in person at high school, I’m at home waiting for my semester to begin with to-go dining, no access to libraries and confinement to my room for the first week, if not longer. I feel like I shouldn’t be complaining when I compare Vanderbilt’s response to other universities. I’m excited that we can even go back, considering many other universities, like Belmont, are fully virtual for the first month.

Even with all of the new precautions in place, it is unlikely that Vanderbilt will be able to prevent a wave of Omicron infections, given how prevalent this latest variant is. With students returning to campus en masse and reuniting with friends and roommates, I am worried about how quickly this new strain will spread. One of the clear issues I found with the return to campus plans is the lacking testing policy instituted for students returning to campus, as per the latest return to campus email.

Students returning to campus can document a negative result from one of three COVID-19 tests, 72 hours before arrival, and those that can’t find a test can wait until Monday, January 17th, to take one.

Perhaps this doesn’t seem so bad, so consider the policy at Duke University, one of our peer institutions that has a similar protocol.  Duke’s policy requires that students take the PCR test before arriving on campus and take another test upon their return. Students cannot take an at-home rapid test or antigen test before coming to campus.  Is Duke’s mandatory testing upon arrival excessive? Perhaps. But reasonably so, considering the omicron variant made up 95% of cases the weekend of New Year’s and has only continued to increase.

Vanderbilt’s policy, however, gives students the option to take rapid tests, at-home tests or antigen tests and still return to campus where there will be no mandatory testing. In addition, if students are unable to take a test, they are allowed to wait until Monday, January 17th to be tested on campus.

We must take into account  the unreliability as well as unavailability of the rapid antigen and at home tests. A recent study showed that it took an average of three days longer for people to test positive on an antigen test, after they’d already tested positive on a PCR test. This has only added to growing concerns over the efficacy of the rapid antigen test. Students who believe they are negative may board planes and travel to Nashville, with no idea that they are infected with COVID-19. Despite the limitations in efficacy, antigen and at-home testing still remains a viable option for students returning to the Vanderbilt campus.

How can Vanderbilt not consider the possibility that a student tests negative on a CVS at-home test, but still brings the virus back to campus? To remain on the safe side, shouldn’t Vanderbilt require PCR tests across the board?

Given the possibility of a false-negative test for any number of students, shouldn’t they apply Duke’s rationale—one that is rooted in science—and test all students after returning as well?

While mounting evidence shows that the omicron variant will not cause as many hospitalizations, but will produce higher rates of infection, Vanderbilt cannot use that as an excuse to relax requirements. Shouldn’t the university be opposed to any student contracting COVID-19, even if their case is less severe? Shouldn’t the university apply the same rigor in testing and quarantine as it did with other COVID-19 variants? Shouldn’t they also keep in mind the other populations on campus, such as the immunocompromised, that they are putting at a higher risk?

It is clear that university guidelines are simply performative and based on fear.

A better solution would be to ensure that all incoming students that are positive are identified and quarantined before or upon their return. This can be done by solely requiring the PCR test and administering testing to all students after arrival on campus. Then all restrictions on dining, library use and other public spaces can be relaxed earlier than will likely be happening in the current scenario. The Commodore Cares period is simply not sufficient at preventing infections and is highly inconvenient for students; Vanderbilt should institute a full quarantine protocol.

The testing policy once on campus also has flaws. While students that are unvaccinated or do not have the booster shot must test twice or once a week, respectively, students that have all three immunizations aren’t subject to any asymptomatic testing, other than the sentinel program that was running last semester as well, which wasn’t exactly efficient either. Only a small population of the campus was tested at a time, and this number was made smaller still by students skipping their test, considering there were no repercussions for doing so.

The deciding factor remains: how effective is the booster shot in preventing not only the severity of COVID-19 infection but the spread altogether? While some professionals argue that the booster does provide the ability to neutralize the virus, others disagree, saying it mostly reduces severe disease.

The common underlying statement? There’s still so much we don’t know.

How then, can Vanderbilt avoid testing all of its student population without sound scientific evidence to do so? I understand Vanderbilt wants to make our lives easier, but there doesn’t seem to be a way to do so without compromising our safety.

This is of course my opinion, and it may be unpopular. There are Vanderbilt students who have less severe perceptions of COVID-19 and the omicron variant, and oppose any regulations at all. Many other universities, including a large number of public schools, have already resumed in-person classes with no seeming intention to change protocol. Given this context, one could speculate that Vanderbilt is hesitant to implement COVID-19 testing and quarantine regulation to the fullest in an attempt to avoid further contempt from students and parents and uphold their emphasis on in-person learning and living.

So, I propose that Vanderbilt make a decision and stick with it: either go all the way and implement all standard and reasonable protocols to ensure the fewest number of on-campus COVID-19 infections or simply do away with regulation altogether.

Because going halfway is neither effective in preventing COVID-19 transmission, nor in making students and faculty happy.

The Vanderbilt Hustler welcomes and encourages readers to engage with content and express opinions through the comment sections on our website and social media platforms. The Hustler reserves the right to remove comments that contain vulgarity, hate speech, personal attacks or that appear to be spam, commercial promotion or impersonation. The comment sections are moderated by our Editor-in-Chief, Rachael Perrotta, and our Social Media Director, Chloe Postlewaite. You can reach them at [email protected] and [email protected]
All The Vanderbilt Hustler picks Reader picks Sort: Newest
Subscribe
Login
1 Comment
Newest
Oldest Most Voted
Inline Feedbacks
View all comments
K
Kelly

So what do you want? It seems like on the one hand you’re complaining about the restrictions and then on the other you’re saying they’re not restrictive enough.