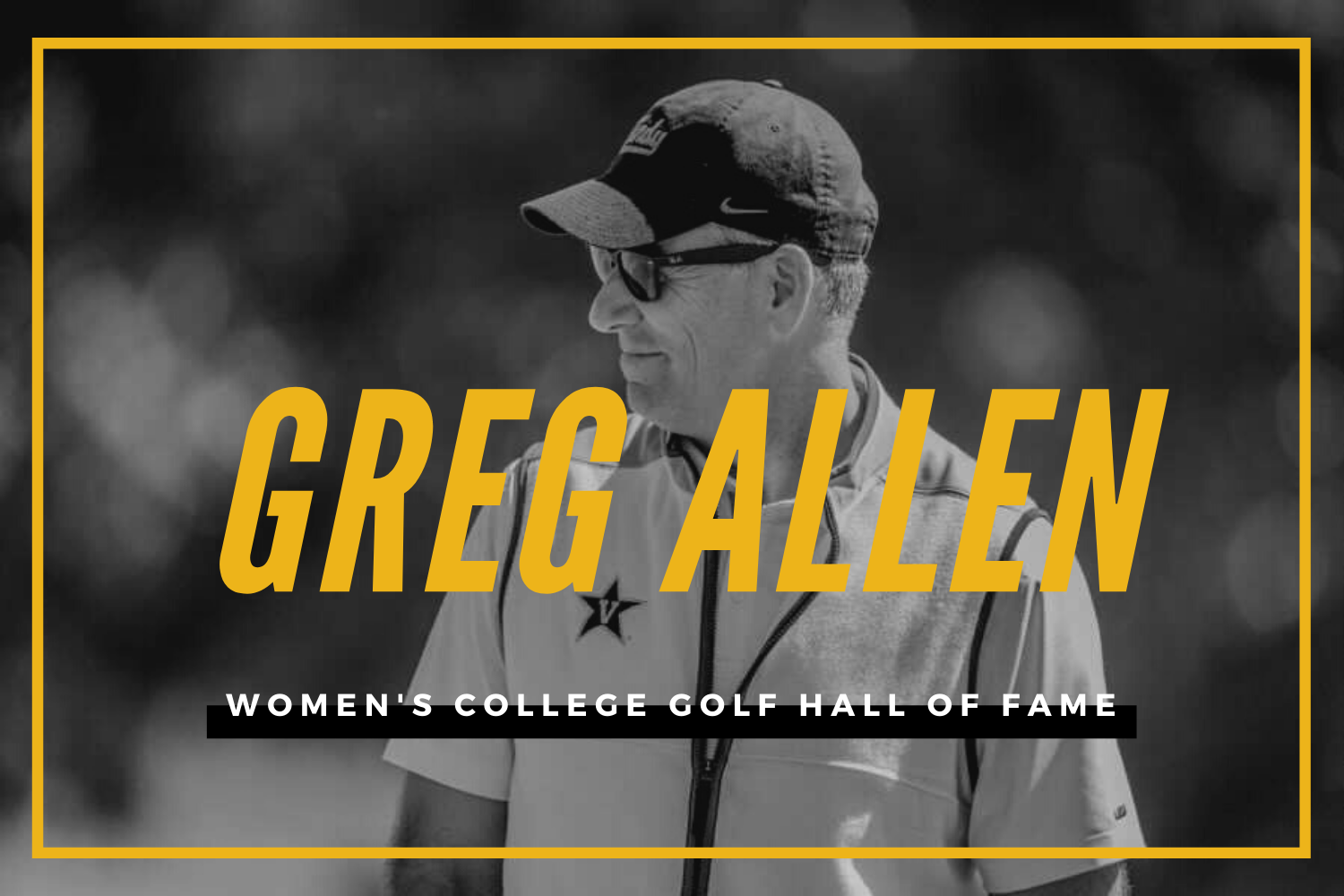 Allen’s Commodores have achieved numerous accolades, with faith and family as the driving forces in creating success on West End for the past 16 seasons.

“It’s a very humbling honor,” Allen told The Hustler, expressing his appreciation for the WGCA and this honor. “It really is all about the great players and assistant coaches that have been a part of our program for 22 years. I would not have gotten this honor if it wasn’t for them.”

In 1998, Allen began his college coaching career as the assistant men’s golf coach at the University of Texas. Allen coached many dominant teams during his tenure in Austin, including the 1999-2000 team, which won the NCAA central region championships and finished fifth in the NCAA Championships. Allen was prepared to be at Texas for a while, but an opportunity to be the head coach of the women’s golf program at the University of Arizona sparked his eye.

“An opportunity came up to move to Tucson and take over that program, which had just won a national championship,” Allen said. “I’ve been very fortunate and blessed to have great players along the way.”

Allen was privileged to coach a plethora of phenomenal golfers during his seven-year tenure in Tucson. The Wildcats had 10 All Pac-12 selections, 10 All-Americans, three Pac-12 Players of the Year and three NCAA Players of the Year. Allen coached several stellar golfers in Tucson, including Lorena Ochoa. Ochoa competed in the LPGA for eight years and was No. 1 in the world before retiring from professional golf in 2010.

Allen coached phenomenal teams at Arizona, including eight NCAA regional appearances, an NCAA Championship final appearance in 2002 and two Pac-12 Conference Championships. After a successful seven seasons at Arizona, Allen was named the head coach of the Vanderbilt Commodores women’s golf team. Allen––now in his 16th season as head coach for the Commodores––continues to emphasize the importance of faith and family to his teams.

“I try to make sure my players know that everything is about my faith and my family,” Allen said. “My teams are an extension of my family. That’s the culture and environment I want our kids to be a part of day in and day out.”

Allen’s colossal presence at Vanderbilt is hard to encapsulate. Whether it be in Austin, Tucson or Nashville, Allen’s teams seem to always end seasons with medals and trophies. Allen has fostered a culture of consistency on West End, notching 14 NCAA Tournament victories, 12 NCAA regional championship appearances and two NCAA regional wins.

His best teams in Nashville came in 2014 and 2019. When asked about what made those teams so special, he had a lot to say. The 2013-14 Commodores won the SEC Championship and the NCAA east regional. Half a decade later, after enduring a few underwhelming seasons, Vanderbilt reemerged as a national powerhouse. In the 2018-19 season, Allen was named the SEC Coach of the Year after winning a program-record six tournaments in one season.

“I’d say those two years––2014 and 2019––were two years that stand out,” Allen said. “But looking back, it’s really about the relationships that I’ve been able to develop.”

Sunday will mark a milestone that honors the dedication, success and consistency of Allen’s coaching career. His induction into the WGCA represents an unforgettable moment for Allen’s family, student-athletes, former players and his coaching staff.

“I want to have better consistency. I just hit 50 this year, so I feel like I got several more years of coaching. I love what I do,” Allen said.