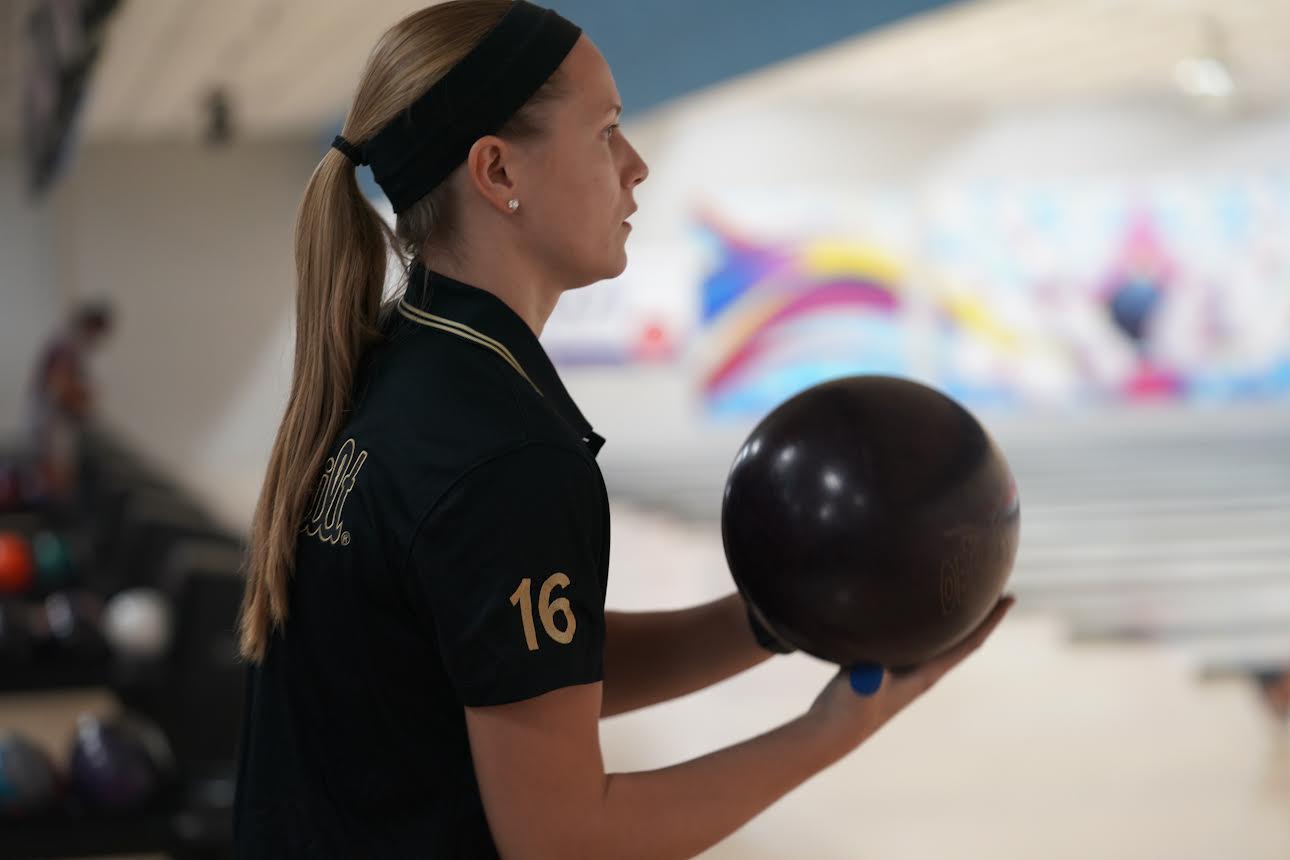 As the clock ticks forward on her final season, the most experienced bowler in Vanderbilt history still feels there’s plenty of her story yet to be written.

As the dust settled on a third place finish at the 2017 Brunswick Bearcat Open, Sam Gainor knew she belonged not just in Nashville, 560 miles from where she grew up in Michigan, but that she—a newcomer to the collegiate scene—belonged squarely in the rotation of a top-tier national program surrounded by All-Americans, veterans and cutthroat competitors.

Five years later, Gainor remains an integral part of the Commodores’ tournament lineup. The only difference is that she’s gone from an unrefined freshman talent to the longest-tenured player in Vanderbilt bowling history.

Gainor’s origin story is rather vanilla: she started bowling at age four, her father and uncle played casually, she was a multisport athlete in baseball, softball and basketball and began on the competitive bowling circuit around age 12. Where the story diverges from the norm is after high school.

Bowling for years on the local youth and high school circuits, Gainor was surrounded by players, family members and coaches who recognized her supreme talent and believed she could take that ability anywhere she wanted for college. That included Vanderbilt University.

Her first fond memory of the Commodore Black and Gold came from a fit of coincidence. In the spring of 2013, during Gainor’s freshman year of high school, Vanderbilt bowling found itself playing a mere hour from her hometown—in the national championships against Nebraska. The Commodores didn’t come out victorious, and Gainor, inextricably, was relegated to watching the match on television. But there was something that caught the young Michigander’s eye: two freshmen from her home state playing on a national runner-up team.

Again, her story was not without its share of down moments. Though practicing under a coach with ties to the Vanderbilt program, and—through a ludicrous resume of All-Americans, state championships and junior gold finishes—clearly deserving of consideration as one of the Midwest’s top bowlers, Gainor didn’t receive a scholarship offer from the Commodores.

Luckily for Vanderbilt, she didn’t give up.

Gainor spent her first year out of high school at Oakland University in Rochester Hills, Michigan. Though the university lacked a bowling team, the peppy collegiate freshman was a mere 30 minutes from her hometown and childhood bowling alleys. She continued to hone her skills on the lanes and keep in touch with the Vanderbilt program. Then, next spring, mere months after her great disappointment, Gainor had her redemption: a scholarship offer from the Commodores. She transferred immediately.

That first year in Nashville was nothing but a movie. Boasting solid averages and an all-tournament finish at the SFA Ladyjack Classic, Gainor headed into the postseason with wild expectations. And, like in all sports movies, they were met. Less than a year after transferring into the program from a small college in Michigan, Gainor found herself right in the middle of the Commodores’ second national championship run.

Despite being the freshman newcomer, Gainor wasn’t a mere observer of this awesome moment in program history—she helped create it.

“You can’t prepare for this, when the moment comes you just have to bowl,” Gainor said in the lead-up to the title game.

And, when the moment came, that’s exactly what the freshman and her teammates did—and they bowled the lights out. After going down 2-3 in the best-of-seven championship series, the Commodores clinched two straight and came home with the second national championship in program history.

To this day, that remains Gainor’s proudest moment as a Vanderbilt student-athlete. And she hopes that same feeling will come again this season.

After a sophomore season in which the Commodores got rolled 4-1 in the national championship series, Gainor’s Vanderbilt career has been anything but normal. She still remembers vividly when, in the spring of her junior year, COVID-19 not only changed the course of human history, but ended a formidable Vanderbilt squad’s chance at a postseason run.

Her senior season, even with the return of school and tournaments, still wasn’t the same. Practices were held in roommate pairs, the team couldn’t host bonding exercises, and none of the pageantry of being a college senior was present anywhere on campus. The season also ended in heartbreaking fashion—with a 4-3 loss to Nebraska in the national semifinals.

As last year drew to a close, Gainor consigned herself to having completed a legendary yet rudely interrupted collegiate career. Then came the NCAA with an announcement: college athletes who played during the COVID-19 year would be granted an extra season of eligibility. Head coach John Williamson contacted Gainor immediately—the team needed her back for one last ride.

Having come back to Vanderbilt for a fifth year, Gainor is now the longest-tenured player in program history. That’s not to say she now merely plays the role of elder stateswoman and advisor to the undergraduates; instead, even while pursuing a masters degree in marketing, Gainor has been bowling some of the best games of her life.

At the first competition of the year, Gainor took home tournament MVP honors, while the Commodores finished in fifth place overall. Since then, the team has continued to play extraordinarily well, justifying their No. 4 preseason ranking.

That said, Gainor still thinks there’s a ways to go.

“Little things will be amplified in the postseason,” Gainor said in reference to some of Vanderbilt’s spare shooting struggles.

But she refuses to let the team be outworked. An avid baseball fan, her favorite quote comes from Derek Jeter.

“There may be people that have more talent than you, but there’s no excuse for anyone to work harder than you do,” the Yankees legend said.

This is Gainor’s last stand. There are no plans for professional bowling, nor will the NCAA be offering another year of eligibility due to the pandemic. When the season comes to a close in April, it will mark the end of one of the greatest stories in Vanderbilt athletics.