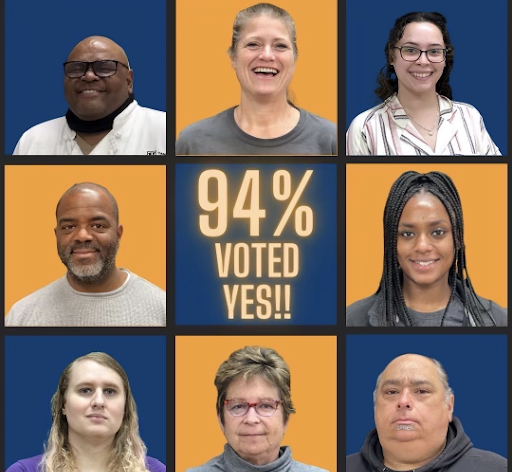 Per David Rutledge, assistant business manager of the Southeast Labor District Council and negotiation committee member, the new contract raised the current minimum wage for campus workers from $12.75 per hour to $16.50. In 2019, Hidden ‘Dores surveyed 35 dining workers, of which 95 percent did not feel that their wages were sufficient for their living needs. In Tennessee, there is no state minimum wage law, meaning that the state is subject to the Fair Labor Standards Act which enforces the federal minimum wage of $7.25 per hour.

“There will also be further increases [in wages] in the July of next year and the July of 2023,” Rutledge said.

MLK Day is now a paid holiday for campus workers, something both Vanderbilt and the union proposed on the first day of the contract negotiations, per Rutledge. At Vanderbilt, classes were canceled for students and faculty in observance of MLK Day for the first time in Spring 2011.

The contract also creates more higher-paid managerial positions, which would allow current workers to advance further in their careers.

“It was the university that proposed some new higher-paid positions in dining,” Rutledge said. “This would create a stepping stone [for workers] into management positions.”

The negotiation committee included six representatives from the union, including Rutledge. He commented that LiUNA Local 386 also received support from Isaac Swafford (‘21), an intern for the union, who contributed to research and documentation development for the union. Cleo Rucker, associate vice chancellor and chief human resources officer, led the university’s negotiation team, which included 10 Vanderbilt representatives.

The university has not responded to The Hustler’s request for comment regarding the contract ratification.

LiUNA Local 386 represents approximately 600 members, comprising Vanderbilt dining, janitorial, groundskeeping and craft maintenance workers. The union was chartered in 1934 with the Vanderbilt chapter being established in 1971.

The expiration date of Vanderbilt campus service workers’ contracts with the university was also permanently moved from Nov. 15 to June 30. Rutledge said this change will allow the dining staff to start in the fall semester with a pay increase after a summer of limited work due to fewer on-campus residents.

“We [Vanderbilt and LiUNA Local 386] reached a tentative agreement on Nov. 5 over all of our proposals,” Rutledge said. “The union presented the contract to its members and answered any questions on Nov. 9. On Nov. 11, the union voted for the contract.”

“Our union has the capacity to offer a variety of safety and skills training to our members, but we can’t do it on our own,”  Rutledge said.

Overall, Rutledge stated that the negotiation process was more collaborative and amenable than in previous years.

“I wasn’t a part of those negotiations in 2017, but my understanding is that they were a little more contentious,” Rutledge said. “We don’t plan on going anywhere. It’s been 50 years of  this relationship with Vanderbilt and we look forward to the next 50 years.”