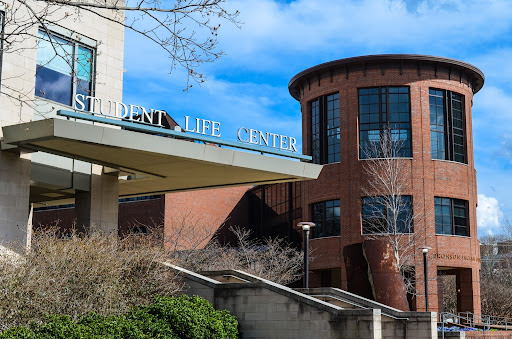 A more inclusive Vanderbilt: What has changed and what still needs to be done

Dr. Belinda ‘Otukolo Saltiban became the first associate vice chancellor of Equity, Diversity and Inclusion on Aug. 2 and a Multicultural Community Space will be established in the former AOII house in Fall 2021.

On Aug. 2, Dr. Belinda ‘Otukolo Saltiban assumed her position as Vanderbilt’s first associate vice chancellor of Equity, Diversity and Inclusion (EDI). Her hiring comes after the university released a six-pronged pledge to create a more inclusive Vanderbilt on July 1, 2020.

Chancellor Daniel Diermeier and Vice Chancellor for EDI and Chief Diversity Officer André Churchwell announced Saltiban’s hiring in a June 30 letter to the Vanderbilt community. The letter also described other changes the university has made to fulfill its July 2020 commitment.

“This position allows the Vice Chancellor to weave another set of skills and experience in higher education EDI work, as well as more intersectional identity to our leadership team,” ‘Otukolo Saltiban said in an email to The Hustler. “[It] provides the opportunity to serve our community and think boldly about this important work.”

A Multicultural Community Space will open in Fall 2021 in the former Alpha Omicron Pi (AOII) house. Over 30 student identity organizations that comprise the Multicultural Leadership Council (MLC) will use the house for signature events, meetings and more. This move comes after VSG passed the Safe and Fair Housing Act of 2021 on March 17, calling for empty Greek houses to be repurposed

“The MLC has been asking for a house for years. We previously only had a lounge in the [Sarratt] Student Center,” junior and MLC President Safa Shahzad said. “Compared to other identity centers on campus, this one will be unique because it will be a student-only space.”

While not a part of the university’s July 2020 pledge, activists like Shahzad believe that campus locations tied to slavery should be renamed. The university named Perry Wallace Way after Vanderbilt’s first Black varsity basketball player in 2020 and renamed Dixie Place to Vivien Thomas Way after a Black surgical pioneer in 2021. However, other building names mentioned in VSG’s 2019 resolution—such as Calhoun Hall—have yet to be changed.

“Having to walk by and live in places that honor racists and slaveowners is painful for students of color,” Shahzad said. “It’s frustrating to see the university rename some places but not others, especially when there are many other historical figures that the buildings could be named after.”

In their July 2020 letter, the university pledged to increase resources for the University Counseling Center (UCC). The UCC released a statement in solidarity with students of marginalized identities on March 18, launched satellite locations in buildings such as the Black Cultural Center and held numerous identity-based workshops. However, Shahzad voiced concerns about a lack of diversity among UCC counselors.

“An ongoing relationship with a counselor who understands your unique needs is more impactful than a workshop offered reactively after a tragedy happens,” Shahzad said.

Todd Weinman, UCC director, spoke of the importance of diversity within the UCC in an email to The Hustler. He advised students to visit the UCC’s website to get more detailed information about current staff.

“The UCC is continuously striving to expand the diversity of its staff to represent the full spectrum of identities found across the mosaic of the Vanderbilt campus,” Weinman said. “We know this is a key element in increasing access, reducing stigma and dismantling systemic healthcare inequities that can adversely impact the mental well-being of so many members of our community.”

Senior and VSG President Hannah Bruns spoke about the equity, diversity and inclusion issues she experienced during the VSG presidential campaign. She expressed disappointment at the lack of assistance she received from the university.

“Our administration needs to do a better job at recognizing that EDI is not just about grand initiatives but also about supporting the students of marginalized identities who currently occupy this campus,” Bruns said.

The Vanderbilt Project on Unity and American Democracy launched on Jan. 14, with the goal of encouraging dialogue about social issues and political polarization among researchers, government leaders, and community organizers.

“The Project’s original content, conversations and curriculum are aimed at supplying policymakers and our communities with the evidence and tools required to bridge the gaps that divide us,” the project’s website said.

The Office for EDI also hosted two panels in This Moment in America, a discussion series featuring students and faculty. The Feb. 24 event centered on racial divisions, while the April 20 event focused on violence against the Asian American Pacific Islander (AAPI) community.

Additionally, ‘Otukolo Saltiban said that approximately 25 percent of Vanderbilt’s yearly Community Impact Fund is used to provide financial support to nonprofits serving marginalized Nashville communities. As part of its pledge to examine its vendor relationships in July 2020, the university included minority-owned businesses as suppliers in 18 out of 45 requests for proposals (RFPs) in 2021.

“The university provided a streamlined method for black-owned and other minority business enterprises to enrich their supplier profiles yielding more than 40% inclusion of black-owned and other minority business enterprises in business opportunities, and 4% year-over-year increase in spend with the University,” a university representative said in an email to The Hustler.

The Office for EDI will meet with the Board of Trust ad hoc committee and University Diversity Council throughout the 2021-22 year to receive recommendations from faculty, students, alumni and community partners.

‘Otukolo Saltiban stated that a mentorship program between faculty and first-generation students is a new initiative that will be one of the Office for EDI’s highest priorities in Fall 2021.

“I anticipate a lot of dialogue with students, staff and faculty to better understand the challenges and opportunities of EDI at Vanderbilt,” ‘Otukolo Saltiban said.

Bruns stated that VSG planned to meet with administrators to advocate for more EDI initiatives not mentioned in the July 2020 pledge, such as opening a permanent university thrift shop and food pantry, as well as adding a cultural studies requirement to AXLE.

“Right now, it’s easy to bypass cultural studies classes, but it’s a necessary subject that should be part of every student’s education,” Bruns said.

Shahzad and senior and Hidden Dores President Kaylin Davis also pointed out that the university has not adopted an indigenous land acknowledgment, despite one Faculty Senate and two VSG resolutions in its favor. The Faculty Senate resolution was recommitted on Jan. 14 to the Diversity, Equity and Inclusion Committee for further review.

Furthermore, Bruns, Davis and Shahzad all named fossil fuel divestment as an action that they think would make Vanderbilt more diverse and inclusive. They specifically mentioned the link between social inequities and the effects of climate change. ‘Otukolo Saltiban described student activism as “powerful” and “transformative.”

“There are a number of issues that students and other members of our community feel strongly about, such as land acknowledgment and fossil fuel divestment. I want to engage with members of the Vanderbilt community to understand their perspectives on, and activism around, these topics,” ‘Otukolo Saltiban said. “As an educator, administrator and someone who has benefitted from past efforts of protests, sit-ins and petitions, I support various forms of activism.”

The Vanderbilt Hustler welcomes and encourages readers to engage with content and express opinions through the comment sections on our website and social media platforms. The Hustler reserves the right to remove comments that contain vulgarity, hate speech, personal attacks or that appear to be spam, commercial promotion or impersonation. The comment sections are moderated by our Editor-in-Chief, Rachael Perrotta, and our Social Media Director, Chloe Postlewaite. You can reach them at [email protected] and [email protected]
All The Vanderbilt Hustler picks Reader picks Sort: Newest
Subscribe
Login
1 Comment
Newest
Oldest Most Voted
Inline Feedbacks
View all comments
V
VU Alumnus

It is disappointing to see that Vanderbilt values quotas over individual merit. DEI is a complete waste of university resources.