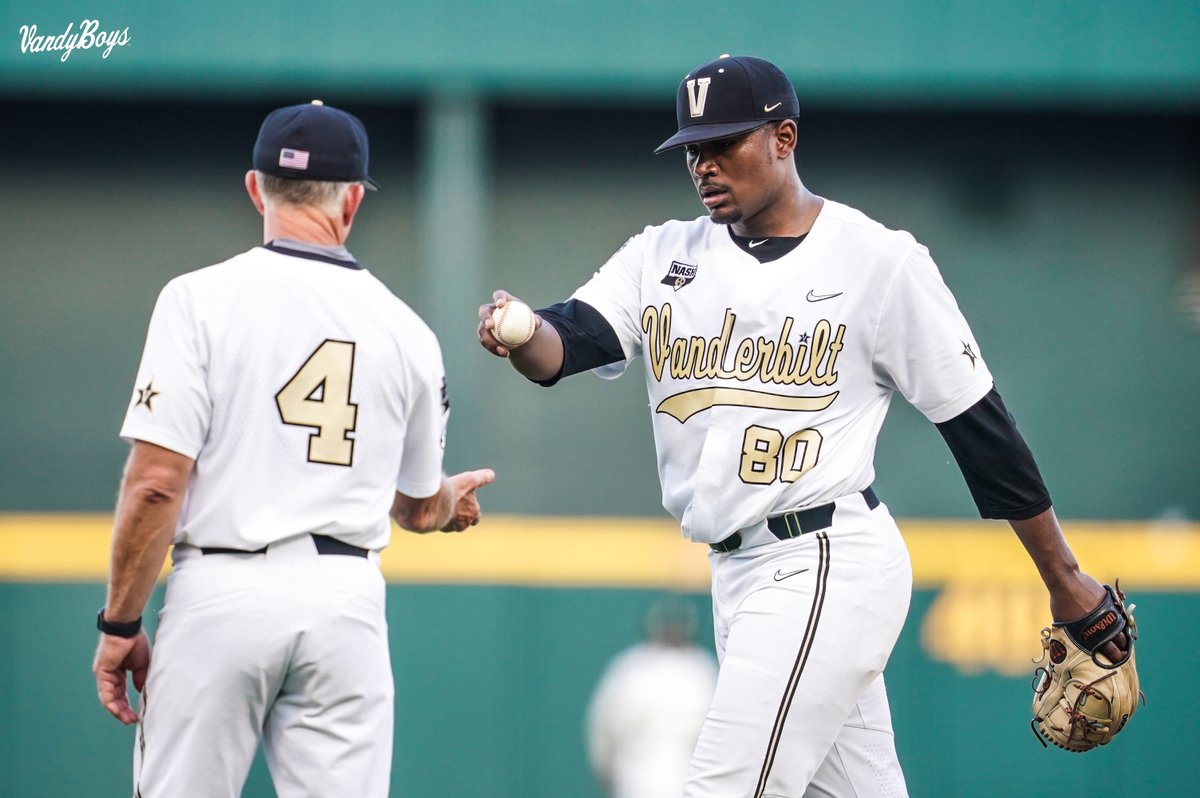 Vanderbilt was steamrolled by a motivated Mississippi State bunch in the final game of the College World Series on Wednesday night.

The No. 4 Vanderbilt Commodores were on the doorstep of becoming a dynasty after an 8-2 Game 1 victory in the 2021 College World Series. But an error in the first inning of Tuesday’s Game 2 triggered a snowball that the defending national champions were unable to stop, as No. 7 Mississippi State rolled over the Commodores on consecutive nights en route to its first-ever national championship.

The story was much the same on Wednesday: a potent Mississippi State offense feasted on Vanderbilt’s defensive miscues while an overmatched Commodore batting order continued to slump. Over the two games, Mississippi State outscored Vanderbilt 22-2 in a pair of games that were not even close. The Commodores notched just a single hit in the winner-take-all game and combined to bat just 10-86 (.116) over three games in their fourth College World Series final appearance.

Mississippi State plated five runs over the first five innings on Wednesday, setting them up for a more than dominant 9-0 win. They were aided—once again—by a crippled Vanderbilt defense that committed their 11th and 12th errors of the College World Series.

But the heartbreak runs far deeper than the devastation of a College World Series defeat, as Vanderbilt legend Kumar Rocker’s (L, 14-4) career came to a close in less than legendary fashion. The All-American and Golden Spikes Award finalist managed just 4.1 innings in his Game 3 start, surrendering four earned runs after just four days of rest. A wave of emotion overcame Corbin after the game when asked about his ace’s last start in a Vanderbilt uniform.

“He’s a one in a million kid. His fibers are so real and so pure. He just loves team. He’s connected to competition, he’s connected to his teammates…He will go down as one of the best we have ever had at Vanderbilt,” the head coach said, choking back tears. “He’s meant so much to our program, he’s meant a lot to college baseball, he’s meant a lot to the SEC…He’s just done everything right. I love that young man.”

The Bulldogs tagged him for one run in the first inning, capitalizing on his own throwing error, and two more in both the second and fifth, using a combination of singles and walks to punish the rattled Vanderbilt bunch.

“Personally, I left it all out there. Before the season started, I said to myself I wanted these young guys to experience exactly what I experienced [in 2019],” a dejected Rocker said after the game. “Came a game short of that.”

After remaining quiet in Games 1 and 2, leadoff hitter Rowdey Jordan caught fire in the win-or-go-home contest, knocking three hits and scoring two runs over just the first five innings. Luke Hancock chipped in as well, driving in two thanks to a sacrifice fly and RBI single.

The Bulldogs threw their final punch in the seventh, exploding for four runs on Vanderbilt’s Chris McElvain, largely thanks to a three-run home run from Kellum Clark.

State freshman Will Bednar (W, 8-1) also took the mound on short rest for his final game of the season and was nothing short of spectacular. He completed his College World Series Most Outstanding Player bid with a dominant six-inning performance of no-hit baseball. He and reliever Landon Sims completely shut down the Commodores, allowing just one hit over nine total innings of work.

Corbin shuffled the lineup for his team’s final game of the season, moving Javier Vaz into the two spot and a slumping Carter Young into the seven-hole, but there was nothing the skipper could do to wake up his team’s bats. Young negated a potential combined no-hitter in the eighth inning with a single—just his third hit in 24 College World Series at-bats—but Vanderbilt was still shut out for the second time in seven games in Omaha.

The win marked Mississippi State’s first-ever national championship as a university. Head coach Chris Lemonis’s team rolled through the NCAA Tournament with a 10-3 record and notched their 50th win of the year on Wednesday. Vanderbilt, on the other hand, lost its bid for consecutive College World Series for the second time, as the Commodores also failed to win back-to-back championships in 2015 after winning the program’s first title in 2014. But 2021 was Vanderbilt’s fifth College World Series appearance since 2011, a feat few programs can boast.

“I’m at peace with this group. I know this is disappointing for everyone,” Corbin said. “But when every kid gives everything they have and its centered around the group, I have no problem with what happens. Outcomes are outcomes, they happen. We didn’t play our best down the stretch here, I get it. But that doesn’t take anything away from what the group was all about.”

Corbin and his team now enter an offseason that is likely to bring tremendous loss, as Rocker and fellow ace Jack Leiter are projected top-10 MLB Draft picks. But with a wealth of young talent—including freshmen Christian Little and Enrique Bradfield Jr.—the Commodores are adequately stocked to rebound next season.

The Vanderbilt Hustler welcomes and encourages readers to engage with content and express opinions through the comment sections on our website and social media platforms. The Hustler reserves the right to remove comments that contain vulgarity, hate speech, personal attacks or that appear to be spam, commercial promotion or impersonation. The comment sections are moderated by our Editor-in-Chief, Rachael Perrotta, and our Social Media Director, Chloe Postlewaite. You can reach them at [email protected] and [email protected]
All The Vanderbilt Hustler picks Reader picks Sort: Newest
Subscribe
Login
1 Comment
Newest
Oldest Most Voted
Inline Feedbacks
View all comments
C
cjxxx