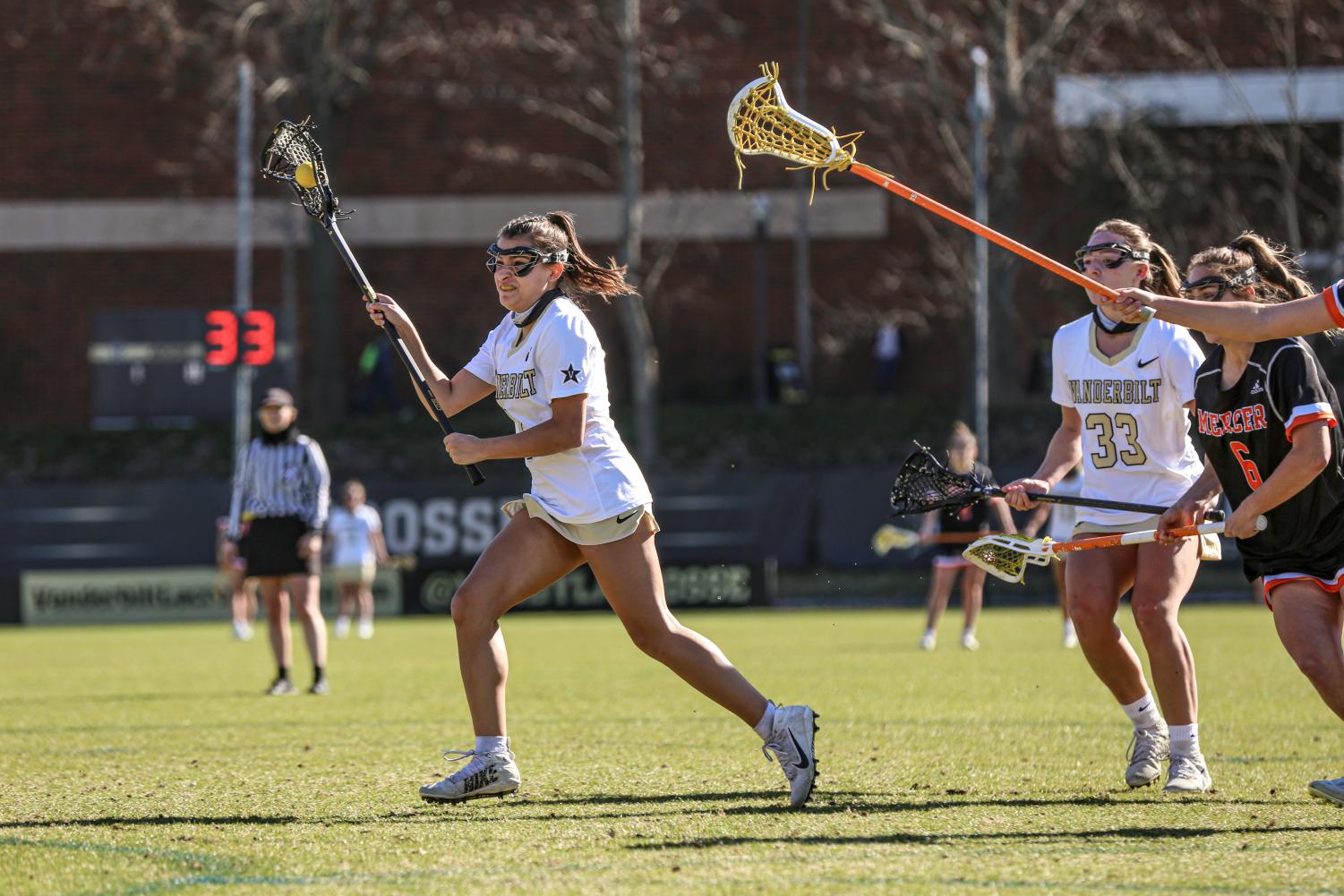 ‘It’s not me doing it on my own’: Gabby Fornia credits her teammates for assist record

Gabby Fornia became Vanderbilt's all-time-assist leader this season, but the success of her team has always come first.

“My teammates are scoring, and that is what’s getting me the record. It’s not me doing it on my own.”

Gabby Fornia, a senior attacker for the Vanderbilt Commodores, is a natural facilitator that puts her team first.

March 10, 2021: the Vanderbilt Commodores were preparing to face the Kennesaw State Owls, like any other game, but this day is different. Going into the game, Fornia, the star senior from New Jersey was tied for first for Vanderbilt’s all-time assist record.

One more and Fornia would make history.

In the middle of the first half, Fornia moved into a category of her own as she notched her 89th career assist, making her Vanderbilt’s all-time assists leader.

“My coaches have been pushing me towards this the past four years ever since freshman year, when it became clear that I was more of an assist-player,” Fornia says of her milestone. “That is the part of the game that I have been working on”

What drove Fornia to achieve this record was not for a personal achievement, but rather her humility on and off the field, which is evident in the way she perceives her accomplishment.

“It is really cool that my teammates are scoring.” Fornia says. “It’s not just me doing it on my own, and I like assisting because it is more of a team thing. The record is mine, but it only has happened because of my teammates.”

Unlike most star players, Fornia doesn’t always look to be the one who puts it in the back of the net. In fact, to her, facilitating her team to success is often more important. She sees it as a key value in a leader.

“What she has done on and off the field, as long as I can remember comes from self-motivation” Fornia’s mother, Denise Farlekas says of her daughter’s historic feat. “She is always trying to make herself better, but also make her teammates better and she has always done that. And it is really neat to see that her success is a team success that could not be achieved without the other.”

“Gabby has a real tenacity like when she never gives up on a challenge. I don’t know if we instilled that in her. This was in Gabby, and we just helped nurture those ideas,” Denise says.

Fornia’s playstyle encapsulates the ultimate leader, as she uses her impressive skills as a facilitator in order to get her teammates involved and give her teammates the best opportunities for success. This mentality of putting the team above all did not start at Vanderbilt for Fornia. It started in high school.

In 2014, Fornia’s skill was unmatched, as she made her mark as a freshman at Lenape High School. That next season, the South Jersey player of the year led the state in assists. Since then, Fornia hasn’t looked back.

“I want to make my teammates better,” Fornia said to her high school coach six years ago. “I want to improve my passing, look to thread the needle more and just assist more.”

Fornia quickly grew into the humble leader that she aspired to be thanks to an increased maturity and accurate depiction of what is required for a team to be truly successful.

Fornia’s accolades in high school as a two-time All-American would be the main accomplishment to most players, but what she was most proud of was her teams’ state championship in her junior year.

Fast forward five years: Fornia, now a senior in college, hopes to bring a national championship to West End and add on to her long list of accolades.

“We have a huge team and everyone gets time,” Fornia says when asked why the 2021 team is special. “This team is a family, and we love each other so much.”

The sense of family that extends in the locker room is integral for the team, especially when tougher matchups can be expected as the student-athletes look to make a push for the National Championship trophy.

The team-first mentality instilled by head coach Beth Hewitt is essential in the Commodores’ having success. As Fornia will likely hang up her cleats after this season, she will miss her teammates and her experiences in the locker room the most.

“What makes me happy on a day-to-day basis is seeing my teammates and obviously we all want to win, but it is the little things like getting hyped up with my teammates that have been my favorite memories.”

For Vanderbilt, Gabby Fornia will not be quite gone next year as she plans to finish up her Masters degree in finance. Fornia is undecided on whether she will play for the Commodores next season.

Although there is a possibility Fornia’s lacrosse life will extend beyond 2021, she plays every game like it is her last—and with each game, each assist, she rewrites Vanderbilt program history.