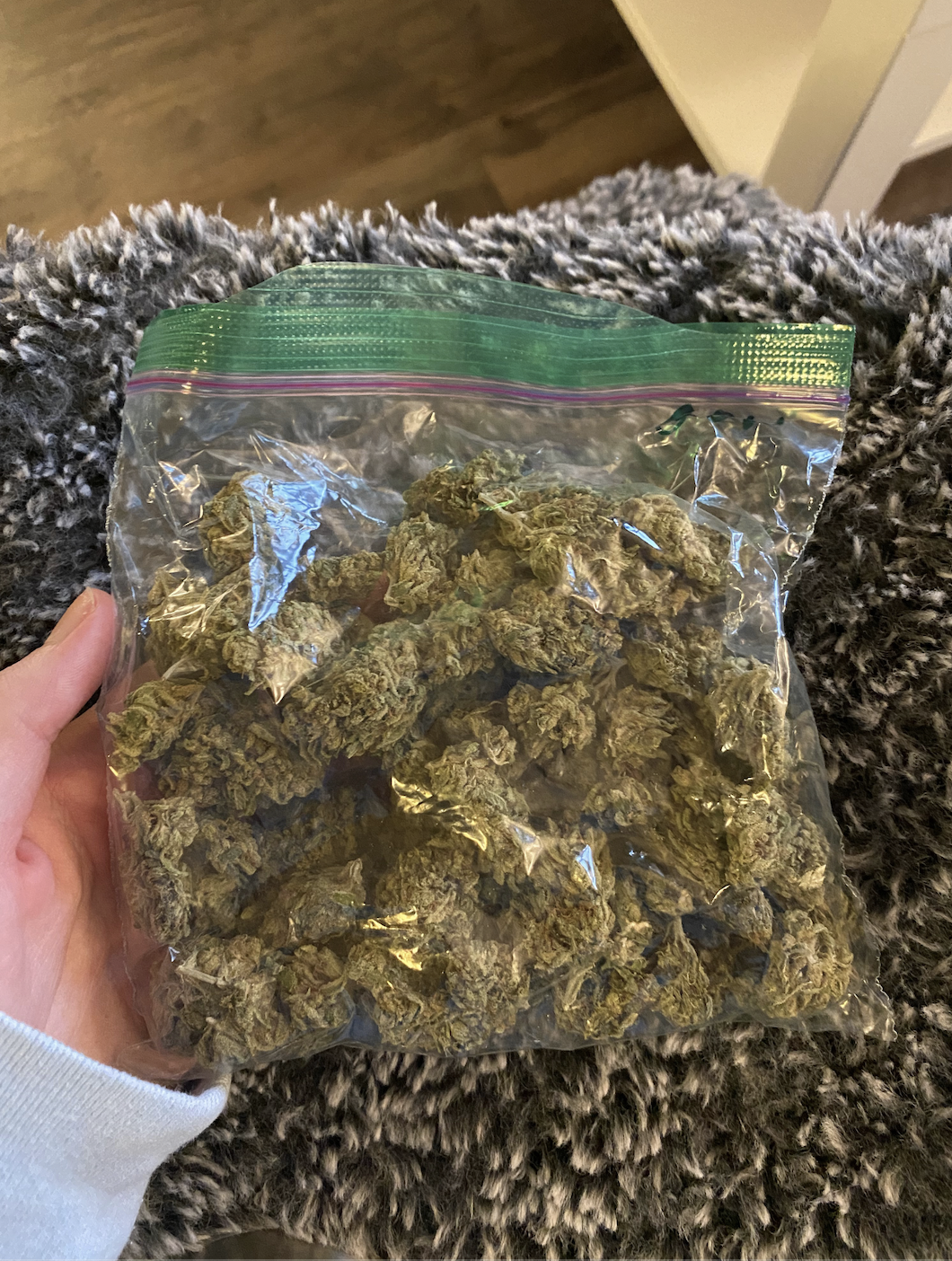 Eat the Rich: Legalization is a Social Justice Issue

Legalization of marijuana is just one small step towards tackling the larger system of injustice perpetuated through mass incarceration today.

Ahhh, college. A time for learning, growing and maturing but also, a time for partying. Though not every college student partakes, the U.S. college experience is commonly associated with party-drinking and drug use (although this year is certainly different, considering COVID-19). While each school is unique, marijuana is the most prevalent drug on college campuses across the U.S. and as of 2019, its use is at the highest it’s been in 35 years among college students.

In her novel “The New Jim Crow,” Michelle Alexander writes, “Nothing has contributed more to the systematic mass incarceration of people of color in the United States than the War on Drugs.”

The collateral damage of a marijuana conviction varies by situation, but it can lead to: loss of federal aid, loss of driver’s license, felony disenfranchisement or even deportation. The booming marijuana industry is now worth billions of dollars, despite the massive number of people of color that are still serving prison sentences or have otherwise suffered from the collateral damage of various marijuana-related charges.

With the aforementioned statistics in mind, it’s clear that legalization is a social justice issue. That being said, our nation has to be extremely careful with how we undertake marijuana reform—we must keep racial justice at the forefront of our collective psyche.

A lot of people, with good intentions, are in favor of legalization because they view it as the end-all-be-all for racially motivated mass incarceration. In reality, people of color being imprisoned disproportionately for marijuana charges is just one of the many examples of inequality within our criminal INjustice system. The United States’ justice system is made up of two entirely different systems: one for the rich, white and powerful, and one for the poor, Black/brown and oppressed. To engage in productive drug reform, our nation must acknowledge that legalization does not simply solve the problem of racial inequality within our criminal justice system.

If not handled correctly, legalization efforts can exacerbate other systematic disparities. Liquor stores are a good model for what marijuana shops could become for low-income communities. Roughly eight times more liquor stores exist in low-income communities, heavily populated by people of color, in comparison to wealthier, whiter communities. Individuals living in these disadvantaged neighborhoods, with higher access to liquor stores, report more negative “work, legal and health consequences” than those in affluent neighborhoods.

If legalization is not handled correctly, low-income neighborhoods may become oversaturated with marijuana shops, as we can see with the number of liquor stores oversaturating these communities of color. This can already be seen in Denver, Colorado, and Seattle, Washington: 40 to 45 percent of marijuana shops reside in communities where the average earnings fall into the bottom 25th percentile. People, specifically people of color, living in these communities will endure the negative impacts (i.e. potential memory loss, problems with learning, attention issues) of marijuana more intensely than those in affluent neighborhoods, which will only worsen racial inequality in our nation today.

As such, equitable marijuana policy must include the removal of criminal penalties for possession and marijuana use. However, it’s possible that legalization could simply exacerbate current systemic injustices. Therefore, lawmakers must be aware of the potential side effects that legalization may cause.

The American Civil Liberties Union (ACLU) has publicly supported the legalization of marijuana, which I agree with, and they envision a nation where legalization is understood as just one solution to a symptom of systematic racism and mass incarceration, not a one-size-fits-all solution that resolves the roots of the issue of racism. So, what does equitable marijuana reform look like?

To start, all those incarcerated for marijuana convictions must be released and their criminal records expunged; in this day and age, a criminal record is a massive barrier to leading a productive life. No one formerly incarcerated on marijuana-related charges should have to carry the burden of a criminal record. Youth offenses should never result in criminal intervention. Instead, states should focus on fact-based education on drug use; too often, youth drug education is centered around fostering fear. It’s vital that policies are made to enforce equal distribution of marijuana shops, as opposed to them being oversaturated in communities of color, like liquor shops. Most importantly, all collateral consequences must be abolished, and lawmakers must ensure that people of color have equal access to the legal marijuana marketplace.

All of these policies will help ensure that legalization does not worsen the factors that contribute to racial injustice in America today. The legalization of marijuana is only one small step towards tackling the larger system of injustice perpetuated through mass incarceration.

If you’re looking to get more involved or educated on the issue of mass incarceration, I highly recommend joining the Vanderbilt Prison Project (VPP). VPP is an organization dedicated to providing support to those affected by mass incarceration, organizing awareness campaigns to increase education on criminal justice issues and working towards creating significant change within Nashville’s prison system. As a current member of VPP’s 2021 exec board, I’m more than happy to discuss equitable marijuana and criminal justice reform further with anyone interested.

The Vanderbilt Hustler welcomes and encourages readers to engage with content and express opinions through the comment sections on our website and social media platforms. The Hustler reserves the right to remove comments that contain vulgarity, hate speech, personal attacks or that appear to be spam, commercial promotion or impersonation. The comment sections are moderated by our Editor-in-Chief, Rachael Perrotta, and our Social Media Director, Chloe Postlewaite. You can reach them at [email protected] and [email protected]
All The Vanderbilt Hustler picks Reader picks Sort: Newest
Subscribe
Login
2 Comments
Newest
Oldest Most Voted
Inline Feedbacks
View all comments
A
Allehena Becht

I think marijuana should only be legal for minorities, that will make equality happen even faster.

There is no doubt that marijuana cannot be legal. Marijuana helped over 90% of people who have used for the medicinal purpose with the help of medical marijuana card. Marijuana can be a lifesaver. Considering marijuana as a drug is not good.