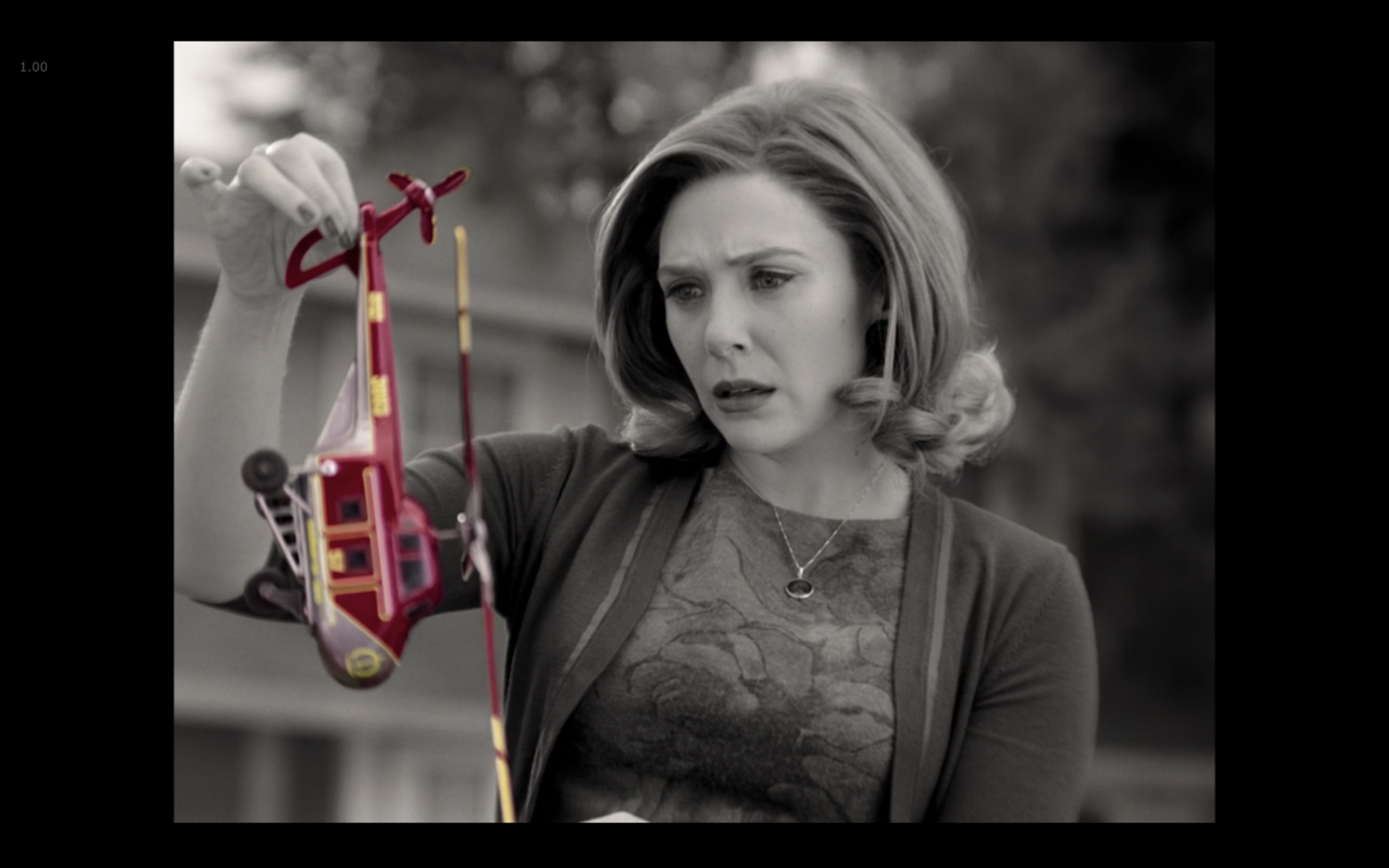 It’s been almost two full years since the last installment of Marvel Cinematic Universe (MCU) movie magic, and fans are getting restless. With “Black Widow” repeatedly delayed due to nationwide theater closures, and new trailers for other upcoming miniseries released back in December, it’s about time for Phase Four of the MCU to finally begin.

“WandaVision” has taken up the daunting mantle. And the new show wears it wonderfully, as do titular characters Wanda Maximoff and Vision (Elizabeth Olsen and Paul Bettany, respectively) in their dashing wedding attire during the 50s-styled intro theme to the first episode. In era-appropriate black-and-white, we see Wanda and Vision struggle to navigate the picture-perfect sitcom suburb of Westview, complete with nosy neighbor Agnes (Kathryn Hahn) and a dinner party with an intimidating work boss (Fred Melamed).

All this nostalgia at once is a disjointed “welcome back” to the most successful film franchise of all time, juxtaposed right behind the big-band Marvel Studios intro theme we’ve all come to know. And it’s that awkward, unnatural pairing that makes us feel right from the start that something is profoundly wrong.

This hidden wrongness is the fuel for “WandaVision.” As fellow MCU actor Benedict Cumberbatch joked in a “questions from the fans” trailer, it feels like time travel, but, as viewers, we know it’s not. However, just as Vision’s coworker can’t quite describe exactly what their business does, we can not quite point out just what it is that makes these first two episodes feel so off.

It might be the stylized uncanny valley-esque commercials during fake “ad breaks,” such as a futuristic toaster produced by Stark Industries or a watch bearing not only the Hydra logo, but also the brand name Strücker (a Hydra operative from Age of Ultron). It might be the slightly culty personality of the women’s fundraising group Wanda joins or the forced brotherliness of the neighborhood watch meeting Vision attends. It might be Westview’s unsettling, yet fitting, catchphrase: “Home: it’s where you make it.” But all of these feel almost appropriate in the 50s/60s sitcom setting.

Olsen and Bettany’s spectacularly complementary performances also emphasize this awkward misplaced feeling, especially after the unexpected timeskip from the 50s to the 60s between the first two episodes. Both Olsen and Bettany encapsulate the spirit of each decade into which they’re transplanted, with stylized haircuts and harmless suburban stereotypes galore. They are the perfect sitcom couple, and it’s evident they had a lot of fun with these roles—like during one comical segment where Vision accidentally swallows gum, and it gives him the demeanor of a joyful drunk.

This realm of the not-quite-normal—both in character acting and setting the scene—is where the first two episodes of “WandaVision” truly shine. We know something’s wrong; other residents of Westview can sense it, and even Wanda and Vision have moments of almost-realization that they’re quick to dismiss. In this way, the show toys with our expectations for the Scarlet Witch’s developing powers post-“Endgame,” refusing to even acknowledge her traumatic loss of Vision at the end of 2018’s blockbuster “Infinity War.”

“WandaVision” has everything we love about classic sitcoms: the canned humor, the jaunty opening themes and the lovable, relatable characters that make the escapism angle so effective. But the nostalgic warmth of this homage to the history of television is filtered through the eerie lens of the mysterious and unnatural, creating a slow and excruciating build-up to what we can only hope will be a jaw-dropping reveal in the episodes to come. In the meantime, the first two are available to stream on Disney+.

Tune in next week for more about episode 3.