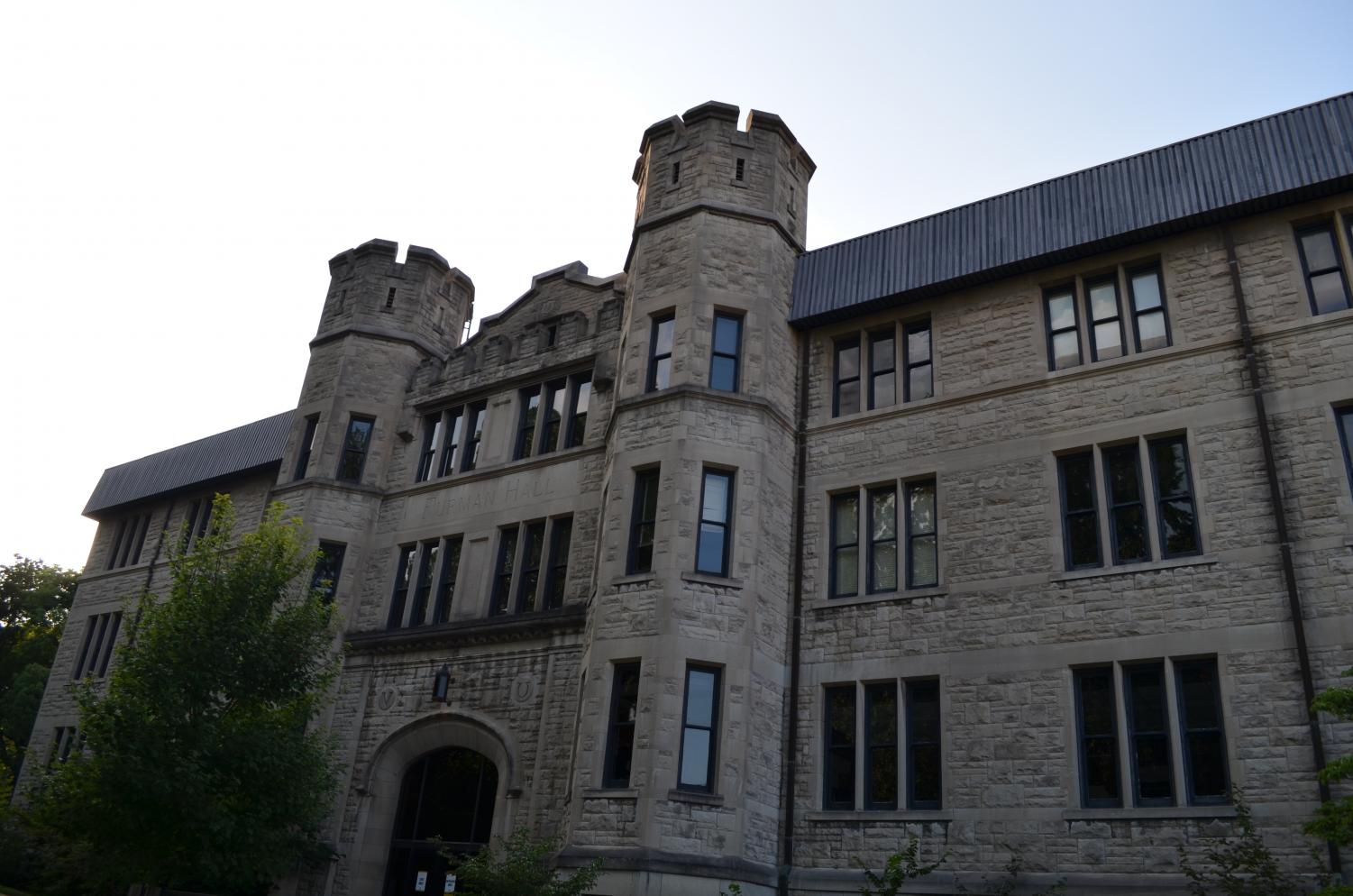 An Intro(vert) to College: Why It’s Worth the Anxiety to Speak to Professors

Professors open doors to the world, and while it might be frightening, stepping through that door is an amazing experience.

Hello, my dear readers! My name is Sofia Olivares, and I am a first-year student. My column will be about surviving college as an introvert—a journey which you, the readers, and I will be going on together.

For some background, I went to a small, private high school in Farmington, Connecticut, that allowed teachers to be our best friends. My math teacher, who was also my cross country coach, will always be a huge inspiration to me. She’s the reason I was able to run my first half marathon last year. My Latin teacher is also one of the best teachers I’ve ever had. She made Latin an interdisciplinary, creative and intriguing subject.

Our teachers, or professors now, can make or break our class experience. They can change the way we view the world. They can inspire us to find new career paths.

Coming to college, one of my greatest goals is to make sure I know my professors and that they know me. I’m going to be completely honest; to me, this is a daunting task. Talking to strangers is hard enough on a normal day because I often feel frustrated by unable to clearly express myself while my nerves are attacking me. Talking to professors, though? They are strangers who are grading me. They are the next level of strangers. Still, as people say, first impressions are important, and I wanted to make good first impressions. However, how can I—a shy, awkward, first-year student—approach my professors?

During my first couple days of classes, my heart raced as I prepared for the normal ice breakers, made not so normal by the screens and the physical distances. When it was my turn, I tried to keep my voice as even as possible. My hands shook, but I used them to make gestures so their movement looked purposeful, a part of everyday life.

However, with each of these ice breakers, I noticed something amazing. I was terrified of being just another face in the class, being unable to speak up, to ever introduce myself. But, as I stood there talking about my small hometown, or reciting the fun fact that my older brother helped me prepare or stating my major for the hundredth time, I noticed that all of my professors were making eye contact, nodding their heads and in some cases, asking questions to further my introduction. Not only that, professors took the time to stay after on Zoom or in-person, awaiting questions or comments from their students. Some even required at least one visit to their office hours.

They were already making an effort to ensure I was not just another face in the class, especially now that I am only half a face, sometimes even less when my glasses fog as breath seeps out from under the mask.

They had done their part. It was my turn. The next time I had one of my larger classes, I walked up to my professor and waited in a line of students asking questions. I was startled when it was my turn, as if I hadn’t planned to do this, as if I had just appeared before her, but I remembered hearing somebody do a similar introduction of themselves in the last class. I also remembered my resolve to put even just half a face to my name and to foster relationships with my professors similar to the relationships I had with my teachers in high school.

While I tripped over some of my words, including my own name, I was able to  explain how excited I was for the semester. While I was struggling through my introduction, my professor stood there smiling, and spoke to me in a welcoming way. I walked away triumphant with this small task done.

From there, it became simple. All I had to do was ask or talk.

I asked my Spanish professor for book recommendations since I’d like to read more stories in Spanish. Now I’m reading La casa de los espiritus, and while it’s challenging, I’ve loved every page of the story and how much I’m learning. I asked my writing seminar professor if I could focus on something slightly out of the realm we were discussing for my project (she said yes). Because of that, I was able to write my short response paper on a super interesting TED talk by a woman with schizophrenia telling her own story. I recently had a Zoom meeting with my English professor to discuss my short story. I wouldn’t have felt as confident while doing my edits if I had simply nodded along to his comments. I had to muster the courage to ask clarifying questions. Now, I feel like I can make major edits on my story without losing any of the original sentiments because of the suggestions and direction he provided.

Certainly, I still have work to do. I have yet to speak one-on-one with my 80-person-class professor, and since first introducing myself, I haven’t spoken with my sociology professor. I still get nervous when I walk up to ask a question. But, one strategy I use to feel confident is to remind myself that I won’t have to worry about messing up later if I ask any questions I have first. I also try to remember that by speaking up, I’m showing the professor that I do care about their class and their topic just as much as they do.

So far, it’s been evident to me that my professors teach what they teach because they are passionate about it, and for that reason, it isn’t as scary to go up to them and ask for more clarification or recommendations. In my experience, they want to share as much as I want to know.

Talking to people as an introvert is hard, and it’s important to know your limits. Don’t try to ask a question if your social battery is so drained you can hardly form a coherent thought, but don’t wait too long either. It’s always worth it to just go forth and step out of that comfort zone, because professors are awesome, and it will always be an invaluable conversation.

The Vanderbilt Hustler welcomes and encourages readers to engage with content and express opinions through the comment sections on our website and social media platforms. The Hustler reserves the right to remove comments that contain vulgarity, hate speech, personal attacks or that appear to be spam, commercial promotion or impersonation. The comment sections are moderated by our Editor-in-Chief, Rachael Perrotta, and our Social Media Director, Chloe Postlewaite. You can reach them at [email protected] and [email protected]
All The Vanderbilt Hustler picks Reader picks Sort: Newest
Subscribe
Login
1 Comment
Newest
Oldest Most Voted
Inline Feedbacks
View all comments
K
Kahlo Quinn

Great job Sofia! Thank you for sharing your story. You are amazing!