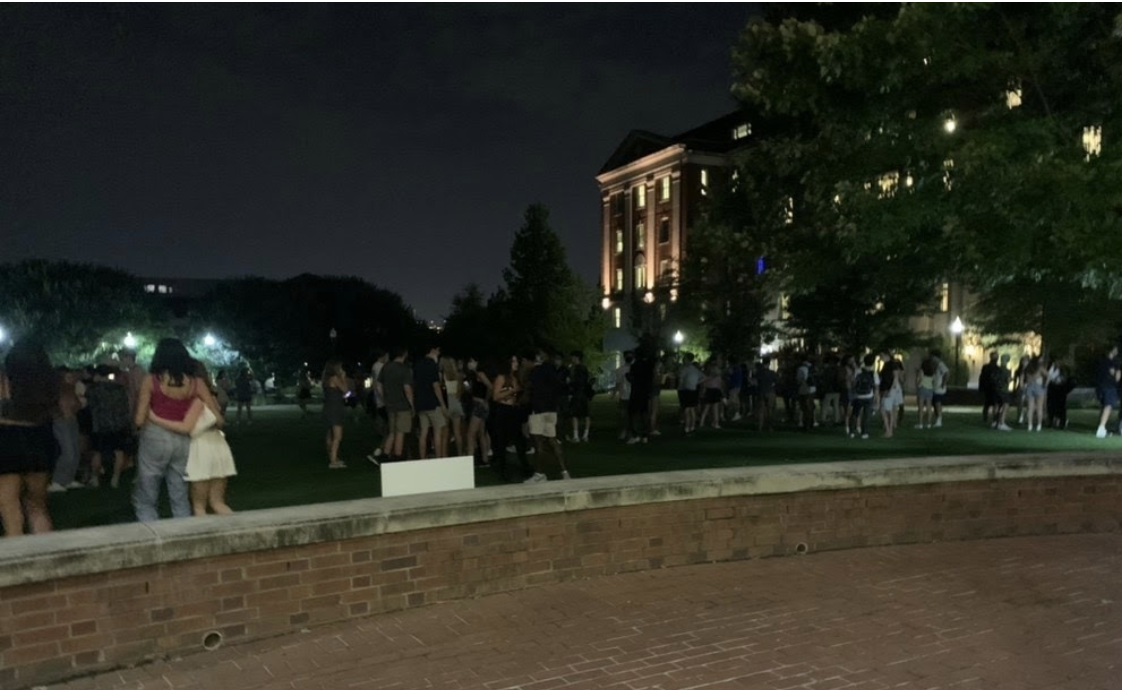 The Black Vandy Experience: You Shouldn’t Use Police Brutality to Protect Your White Privilege

During last weekend’s gathering on the Commons’ lawn, police brutality was used as a defense for white students on campus to continue partying without the consequences of police presence.

Hi, I am Madison Glenn-Lawson, a first-year at Vanderbilt University. I plan to double major in political science and economics with a business minor. In this column, “The Black Vandy Experience,” I will be discussing common situations that black students on campus face that may not be familiar to other students. I would like to make it clear that my opinions do not speak for the entire black community at Vanderbilt.

The first official weekend on campus was not what the administration had hoped for when they decided to bring back the entire student body for an in-person semester. On Saturday night, Aug. 29, a group of 50-200 freshmen broke COVID-19 protocol by gathering on the Commons’ lawn. While the gathering appeared to only have first-year attendants, not all first-years were okay with the events of that night, and some upperclassmen who are also at risk of being sent home were uncomfortable as well.

The disapproval many students felt was made clear in many student group chats. One group chat called “Coronadores” no longer exists but made a unique argument as to why the police should not be called on party-goers. The claim was that Nashville police officers have a bad reputation when it comes to dealing with minorities. This may have been a more acceptable argument coming from a minority on campus, but coming from a member of the white majority who attended the gathering, this did not land well.

So, let’s talk about it. Now, it is possible that they were genuinely concerned about us and our well being, but if this was truly the case, why would they put us in jeopardy in the first place by breaking protocol? It is more likely that these students wanted to continue partying without any consequences and without any regard for not only their own health but also the health of others on campus. Using police brutality as a defense for your own privileged activities does not make you “woke” or a part of the Black Lives Matter movement; it makes you a perfect representation of what we are fighting against.

Unjust killings by the police are not new developments in our society, unfortunately. Instead, in the age of the internet and social media, these situations are now being recorded more often for the public to see. Police officers have overstepped their boundaries and used their authority to act as judge, jury AND executioner. Black people are guilty until proven innocent within our justice system. Those who we pay to protect us execute us in the street with little to no repercussions. The worst part is even with the utmost evidence, people will still try to rationalize the officers’ actions by looking into the victims’ past. A criminal record can not be used as justification for an officer’s mistreatment, because the person in question has already done their time or paid their dues.

A past crime does not justify a killing carried out today. The black community has been invalidated countless times by white people when it comes to racial justice issues, including police brutality, so for white students to finally decide to recognize this fatal issue to serve their own party addictions is unequivocally immoral. Using your white privilege to push us back instead of moving us forward makes you part of the problem.

Police brutality is just a branch of the tree of struggle that has been growing for black people in America since the beginning of this country. It is not a shocker that Vanderbilt is considered a predominately white institution (PWI), and this means that not only are racial issues prevalent on campus, but there is also a smaller group of people defending themselves. Without a huge minority presence, our issues are already swept under the rug and/or considered insignificant. For students who do not experience racial issues to use them for their own selfish advantage further clarifies the glowing presence of white privilege on this campus. Despite popular belief, police brutality is not a trend that fades in and out. Though it may be new to you, it is not new to us. This is not an issue for you to use so you can party with your friends. This is our reality. This is a part of the Black Experience.

The Vanderbilt Hustler welcomes and encourages readers to engage with content and express opinions through the comment sections on our website and social media platforms. The Hustler reserves the right to remove comments that contain vulgarity, hate speech, personal attacks or that appear to be spam, commercial promotion or impersonation. The comment sections are moderated by our Editor-in-Chief, Rachael Perrotta, and our Social Media Director, Chloe Postlewaite. You can reach them at [email protected] and [email protected]
All The Vanderbilt Hustler picks Reader picks Sort: Newest
Subscribe
Login
2 Comments
Newest
Oldest Most Voted
Inline Feedbacks
View all comments
G
Galen Campbell

Reach out to Alumni Tyler Bishop for some insight on this subject. Should be a wealth of knowledge for you. You can find him on Twitter.